Get Ye to a Mountaintop 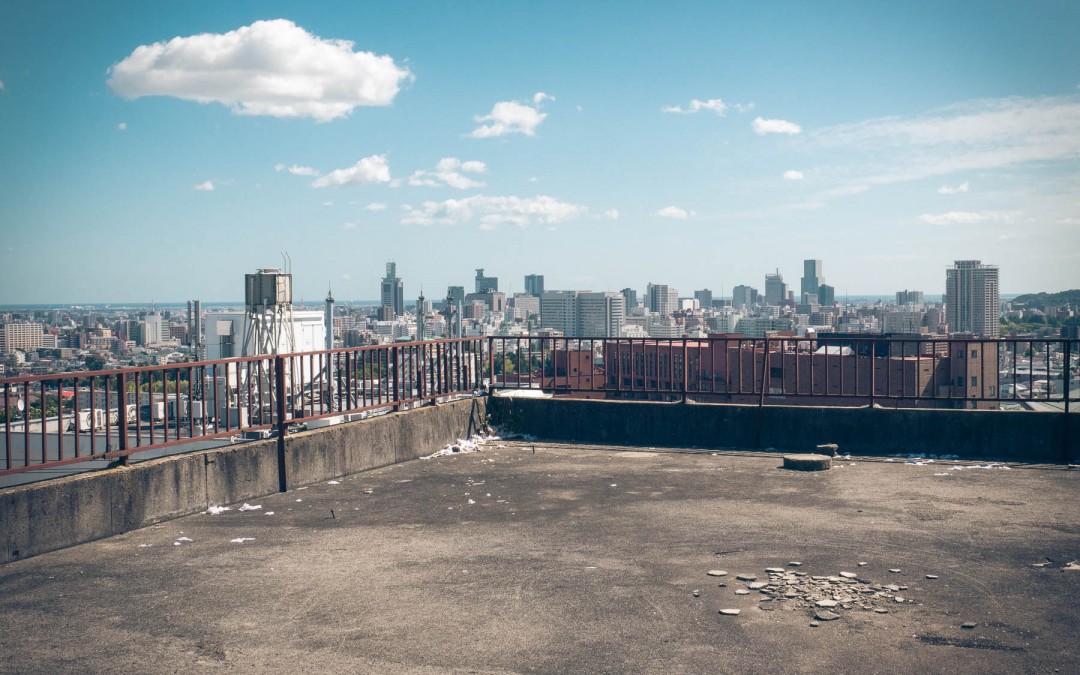 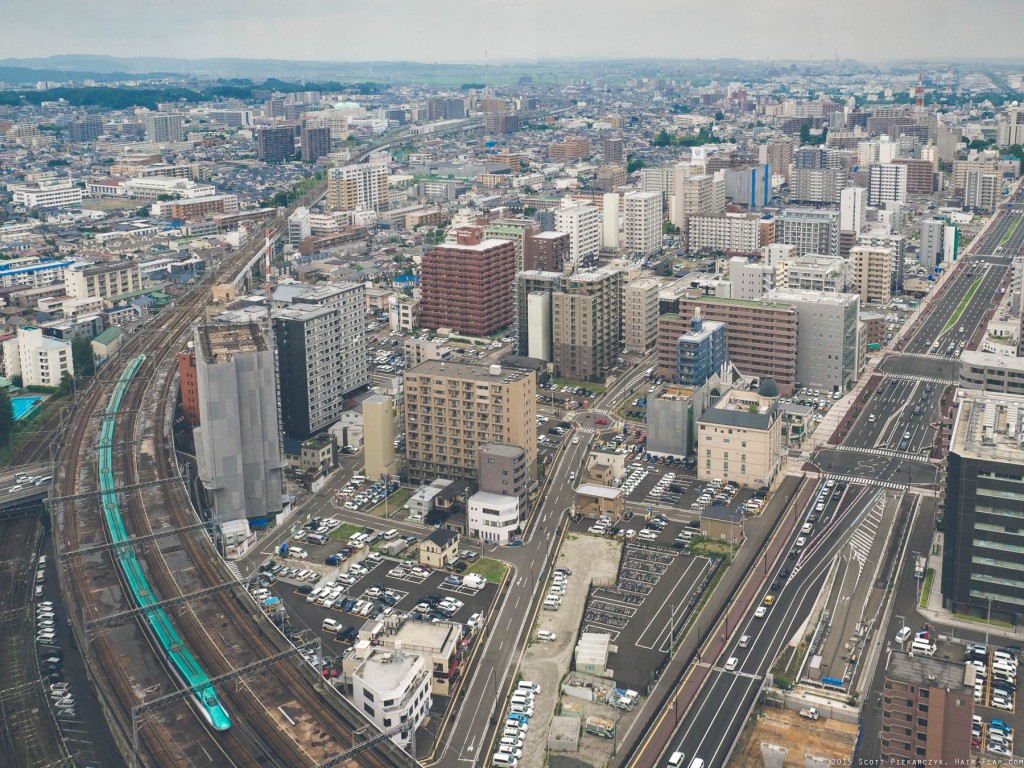 Whenever I find myself in a new environment, particularly in a city, one of the first things I have the irresistible urge to do is get to the highest point I can and survey the area. There’s just no better way to get a handle on how all the areas you’ll see at street-level fit into the greater whole. Even maps don’t quite do it justice. 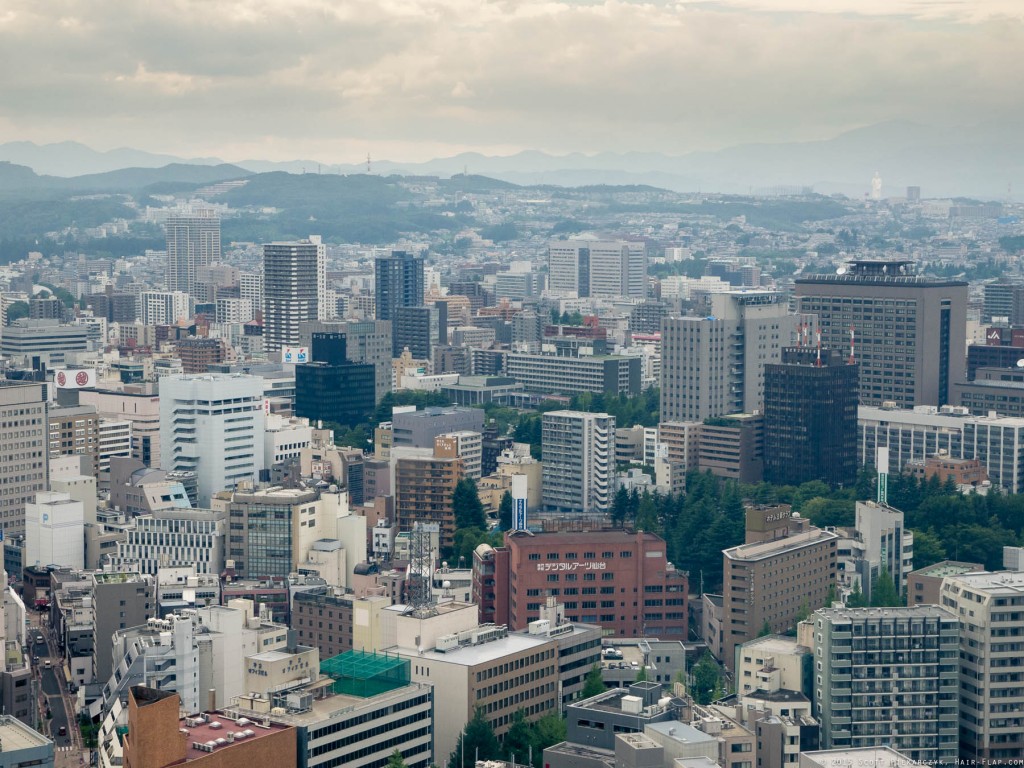 I’m pretty sure our apartment building is somewhere around the middle/back area in here.

I’ve come across quite a few good vantage points around Sendai so far and thought I’d share the fruits of my labors to help paint a picture of it’s character from up on high. 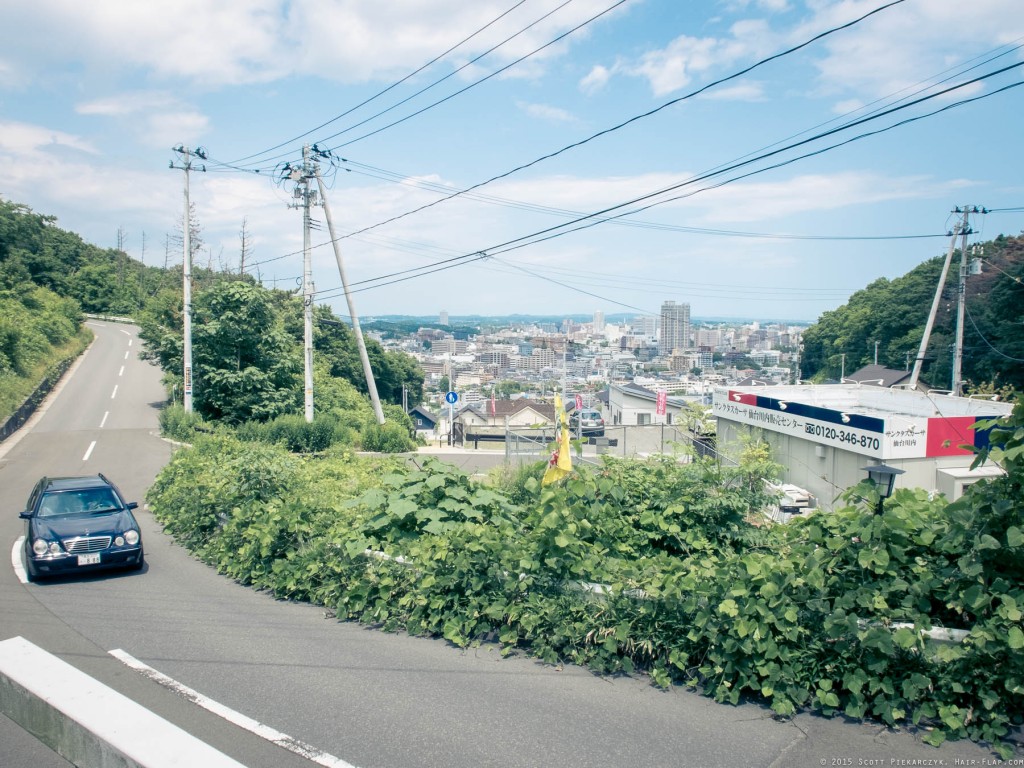 Many of the places aren’t even destinations, just passing glances I’ve come across while exploring. Just the other day I came across this footpath on the ridge of a hill that connects to a university campus on one end, a train station on the other and then neighborhoods at several points on either side of the hill in-between. Magical! 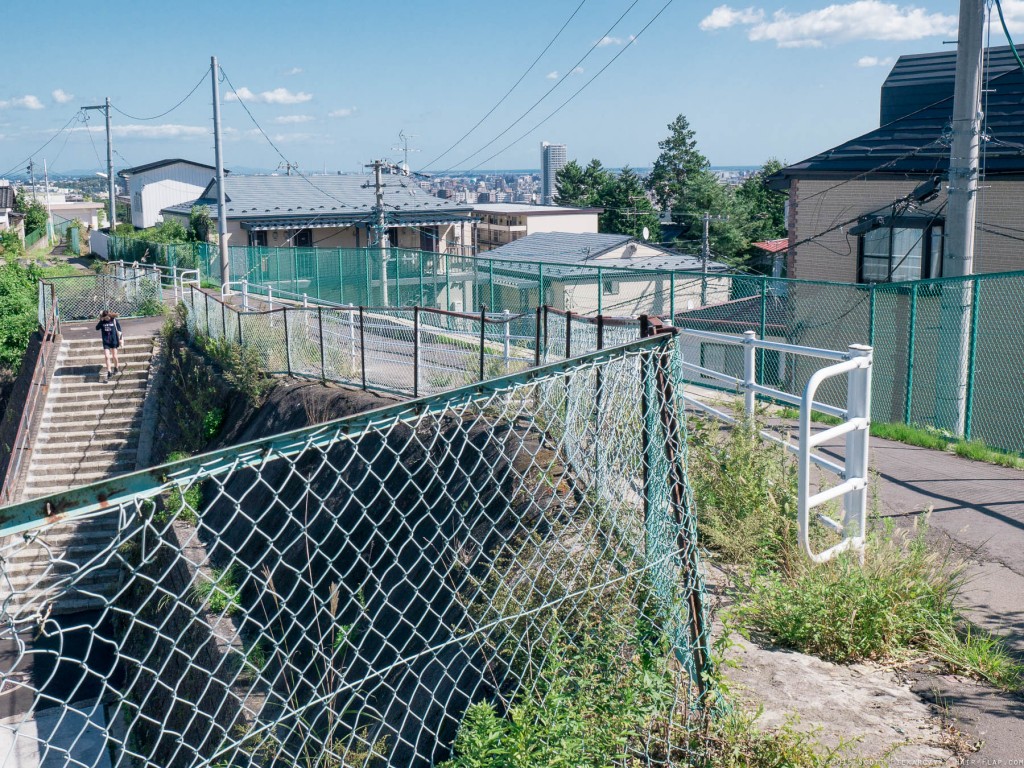 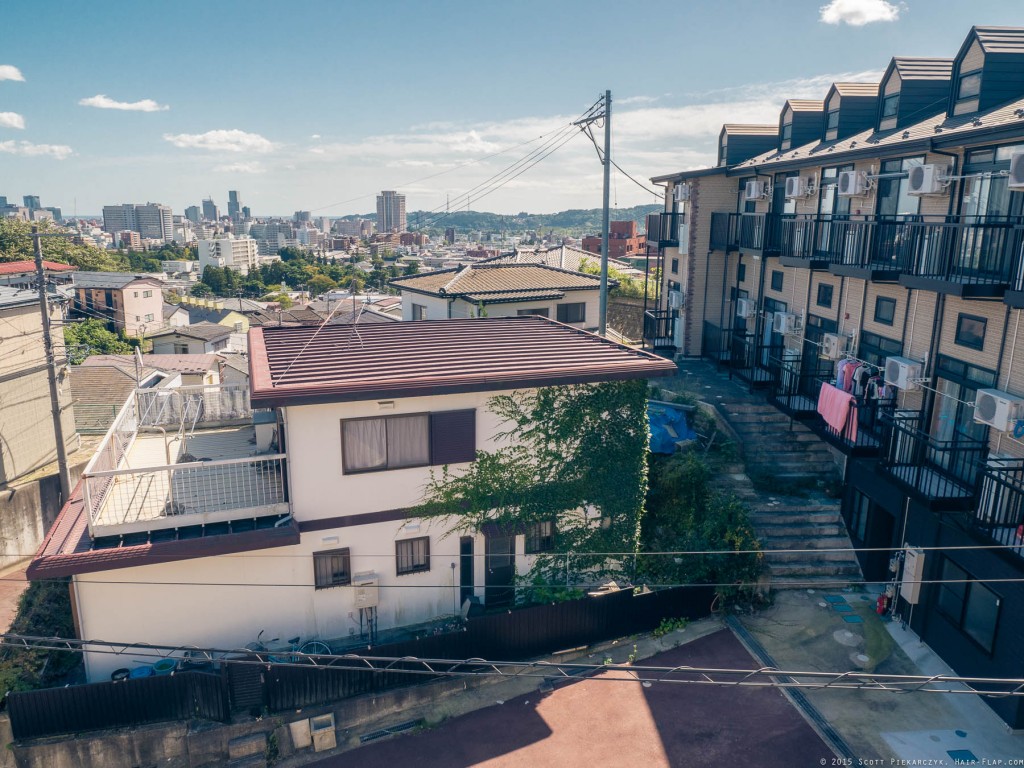 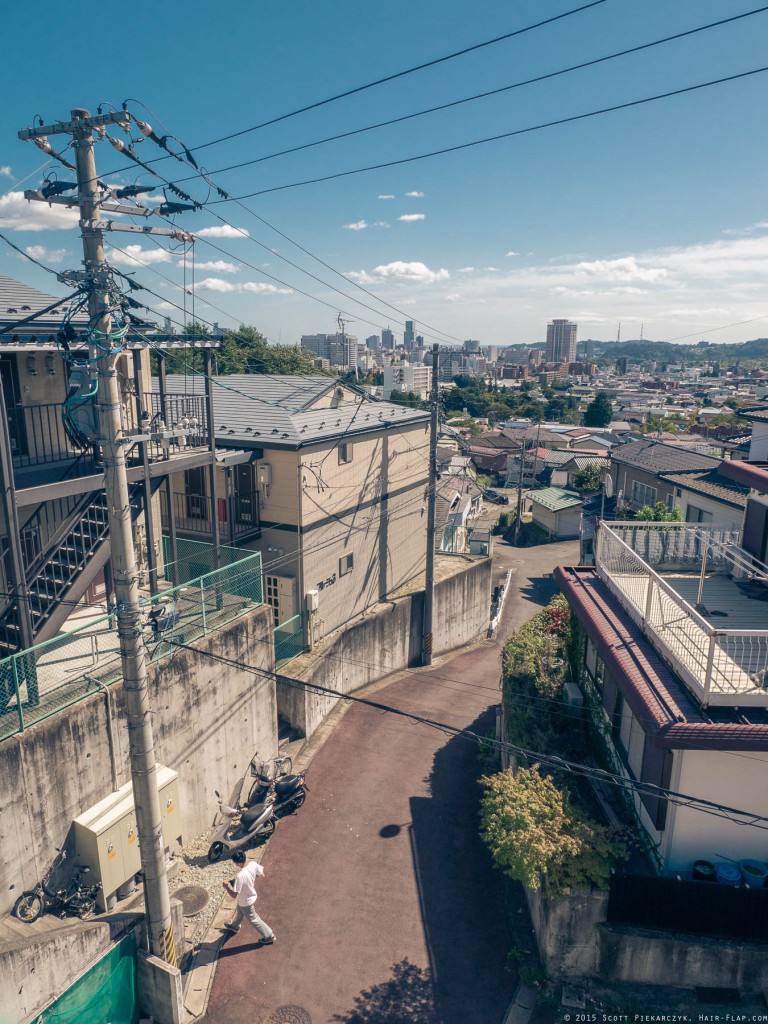 And then while on this same hilltop (looking East, btw) I came across an apartment building with stairs leading up to the rooftop. I mean, this was accessible from the street, so I wasn’t trespassing or anything… I don’t think. 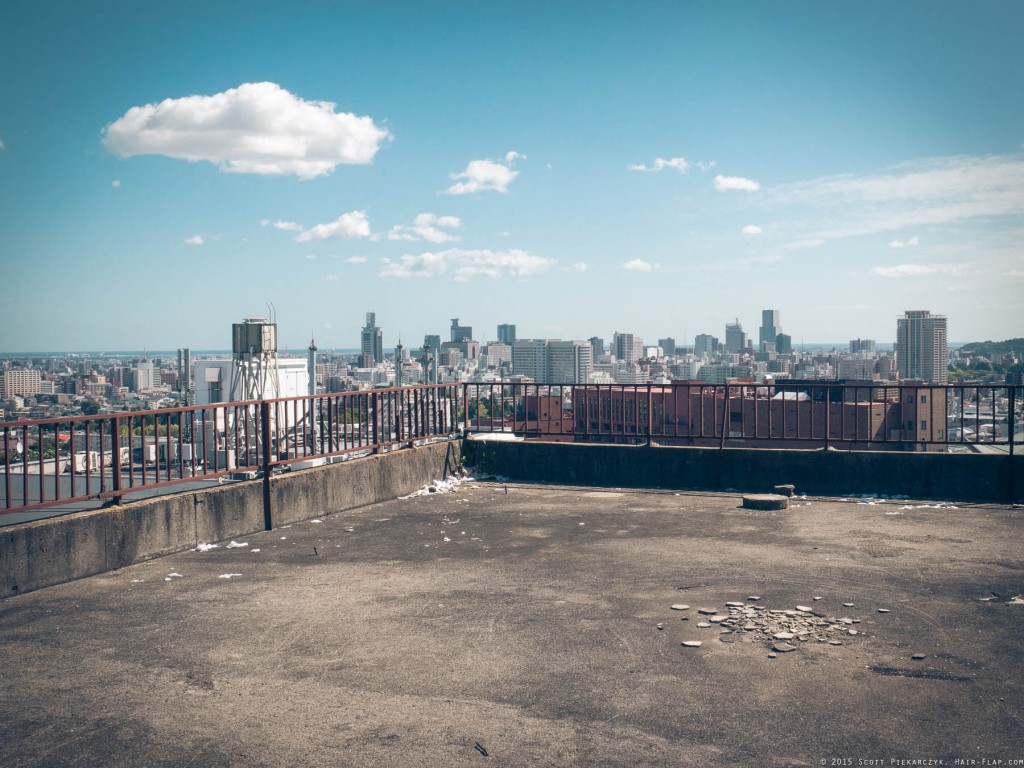 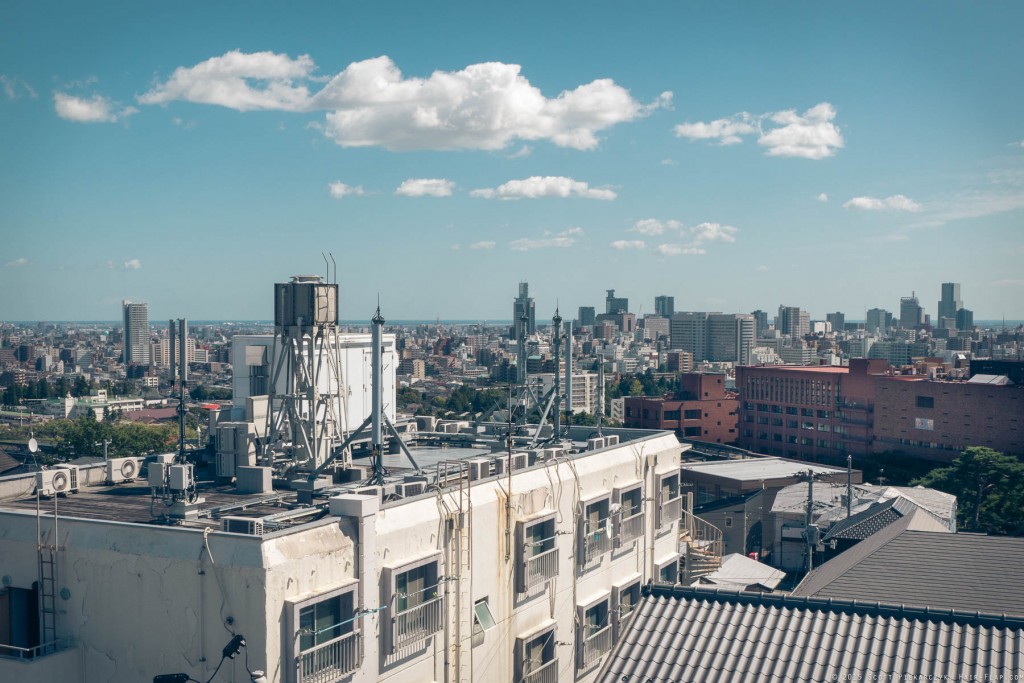 There are a few specific places of interest as well, which are readily available in online maps and make for good tourist or transplant destinations. There will be a Google Map with linked locations at the bottom of this page.

1) First is the AER Building downtown, which has a free observation deck on the 31st floor. There’s two viewing areas, one that views West and another East. Apparently the South-facing section is taken up by a room you can rent out for events.

Looking East towards the coast from the AER building. This is the “quiet” side of the train station (you can tell it’s quiet because it’s in Black & White). The curved tracks on the left are the Shinkansen (bullet train) line to Tokyo.

And here’s the view looking West toward the hills and definitely the more lively part of town. This was a multi-photo panorama and obviously the stitching kinda sucks on it, sorry about that. :/

That ‘pipe’-looking section in the roofs stretching out is one of the covered shopping areas as seen here. 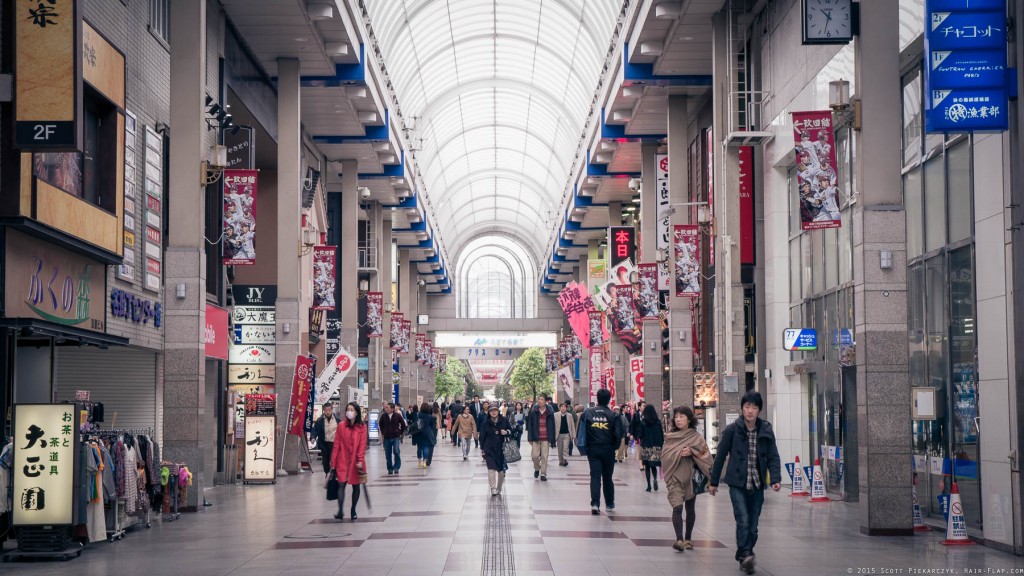 2) Second, is Atago Shrine. South of Sendai Station, across the river and on top of a hill, you’ll find a nice quiet area with lots of little shrines and some great views. Next time I’ll be sure to get shots of the shrine grounds as well. There is a pretty steep, though thankfully short, walk up the hill to get to the site. 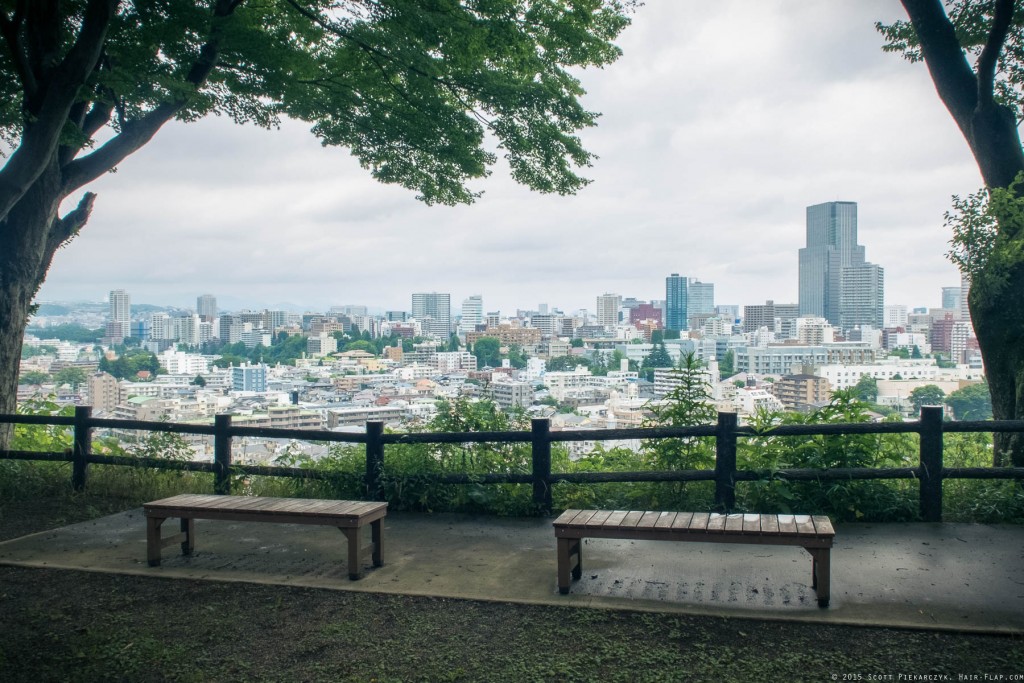 3) The last one for today, and kind of the best for last, is the site of Sendai Castle. Note that I said the ‘site of Sendai Castle’ and not just ‘Sendai Castle.’ That’s because nothing remains of the castle itself, sadly, as it’s been destroyed many times through its history by earthquakes, fires and finally in the 1945 bombing of Sendai in WWII. What does remain is one hell of a panoramic view, stretching from the mountains, across the city and all the way out to the ocean. It’s also serviced by Sendai City’s awesome Loople tourist bus, so getting there is a snap even if you don’t have any Japanese under your belt.

Yowza, look at THAT! 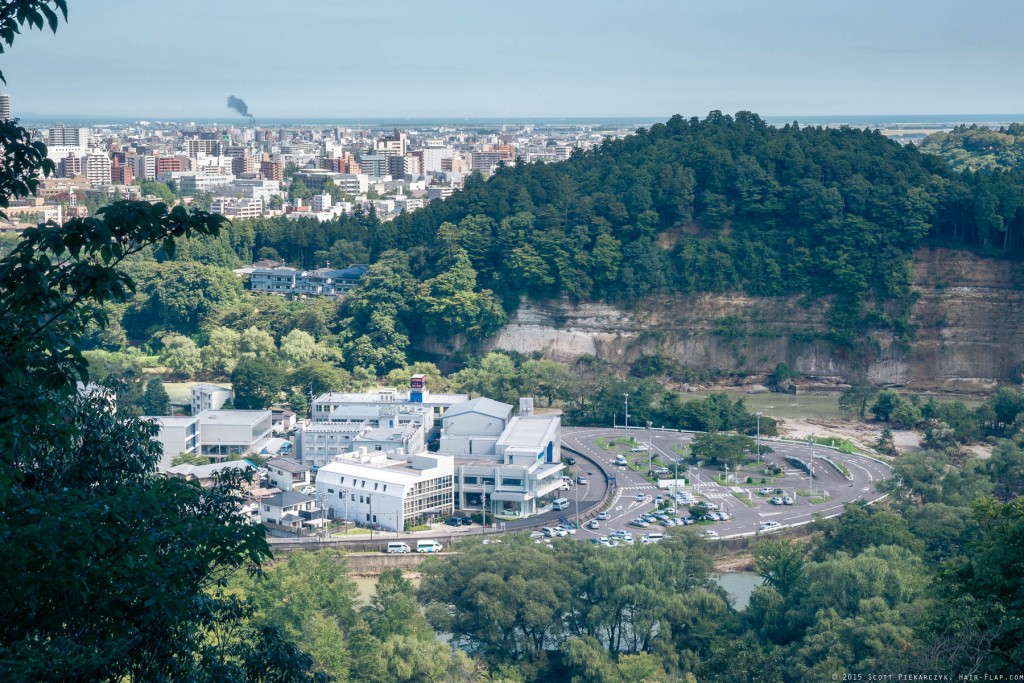 From the Castle grounds looking East toward the coast in the distance. That’s a driving school down in the valley below.

As promised, here’s a Google Map with these three points of interest marked if you ever happen to find yourself in town and sharing my inexplicable need to get your bearings the old fashioned way.