The Debut of Fukuma Fletch 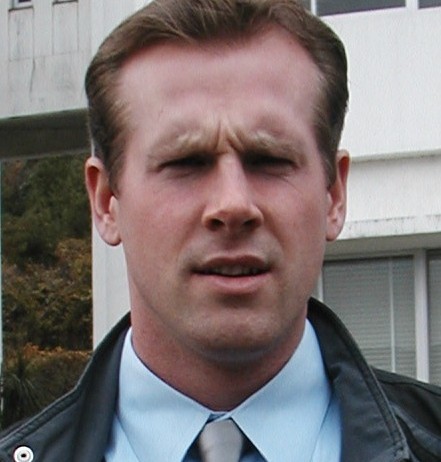 The boundless enthusiasm that is apparently engendered by reading Hair Flap, has apparently infected my friend, co-worker and fellow Portlandian, Fletcher.He’s still far too lazy to start his own site, so instead he’ll be making regular contributions to this one in the form of his own column.

Appropriately titled Only in Japan, this column is going to focus on the observations and frustrations that are unique to the experience of living day-in, day-out in the Land o’ th’ Risin’ Sun. So enough adieu, let’s let our boy get to work.

Several weeks ago, my junior high school held their graduation ceremony, sending several hundred studied out ninth graders on to high school. Luckily the students, who have been cramming their butts off for the high school entrance exams for months now, get some time off before they restart the whole process at the next level of their educational experience.

Yes, before the students start high school they get a whole two weeks of vacation. Never mind the fact that most of them will be in “summer school” classes for ten hours a day, six days a week in an effort to get ahead by that little much before school starts. The problem is, now that every student takes these classes, instead of getting that much ahead of their peers, they’re basically just playing the students version of “Keeping up with the Joneses'”. Any student who, gasp, actually decides to enjoy his spring break by going on a vacation or playing baseball with his buddies will be playing catch-up for weeks once school starts.

Oh well. That’s the way things have been done for so long, I guess there’s no real point in trying to change it (uh oh, I think I’ve been in Japan too long). Anyway, I thought I’d tell you a bit about Fukuma Chu-Gakko’s graduation ceremony. I’ve even provided a copy of the program (thoughtful, aren’t I)?

I think you get the idea. Apparently the junior high school graduation ceremony is a pretty serious event. The mayor, the Superintendent of Education, and the head of the Board of Education all gave nice speeches (I think). Either things are different in Japan (kind of like saying maybe the sun’s hot) or I just don’t remember my own junior high school graduation ceremony because this one seemed much more emotional than I would have expected. Looking at all the crying teachers, I thought maybe they had officially adopted all their homeroom students or something.

My one consolation was an English teacher who later told me that at least half of the students couldn’t understand the speeches as well, due to the difficulty of the Japanese used. There’s nothing like not being able to understand your commencement address to make you feel like those last three years of school were really worth it.