The Flap is Dead! Long Live the Flap!! 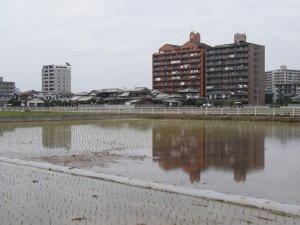 Okay kids, here’s the deal. Get yer fill of how the site looks now, cause this is the last entry that it looks like this. I’ve reached the limit of what I care to do with PageMill 3.0 and since Dreamweaver for OS X is is just coming out, now is as good a time as any to upgrade. I’ve been at work overhauling the look (which is why updates have been slim lately) and it’s almost ready to go. I was hoping to have it ready by now, but it took me a little longer to get the handle of Dreamweaver, which I’m still kind of stumbling through, than I thought it would.

And speaking of Dreamweaver, wow!! I’ve never actually been in love with a piece of software (aside from MacOS…..and video games) until now. Dreamweaver is such an elegant, logically designed and yet powerful application that I just can’t say enough about it. Therefore I will express my feelings in a poem:

Roses are red
Dreamweaver’s desktop icon is green
I love this app so much
I can even feel it in my spleen.

And now we know why we don’t see more poetry on this site.

Things are moving fast at the moment. I’m leaving shortly for my pilgrimage to the US to expose my unworthy soul to the impending glory that is Episode II. Upon returning to Japan after that, I must immediately trek up to Kobe for a three-day JET conference, after which I must go directly to Kumamoto for my good friend Toshi’s wedding. I’ll be back on the 26th, so I’m sad to say that until then, there will probably not be any updates. I know, I know. It’s going to be tough on all of us, try not to drink any rat poison to alleviate the pangs of boredom you’re sure to feel without the light of Hair Flap.

Well, let’s send the old layout out to pasture with a bang.

We’ve got new Engrish entries happening not once, not twice, but thrice on, you guessed it, the Engrish page.

It’s been a while since we’ve seen any new mp3’s posted, so let’s throw up not one but TWO samples of the J-Rock band, Love Psychedelic Orchestra. I love these guys, the music is foot tappin’ good and Kumi’s voice is pure attitude. It’s like she’s saying, “Girl!? Piss off, I’m a grrrl!!”. So head over to the Misc. page to “track” those down (get it? Cause they’re music tracks!!).

Music links have long since been removed. Sorry about that.

On that very same Misc. page is a random desktop snap, just cause I’m rather fond of the wallpaper image I’ve been using lately called, ‘Haiku.’

So before we leave this site layout behind, let’s tie up the loose ends (what? there were loose ends!?) and touch on the random stuff I’ve been saving for a rainy day.