On the Transient Nature of Familiarity, or A Trip to Costco, Woohoo!!

You know, it’s odd living here sometimes. Actually I guess it doesn’t really matter that it’s here, it’s just living somewhere other then where I was born and lived for 24 years of my life. I mean, you get here and live here every day and you get used to things being… well, different. Everything is different, all the time, all day every day for almost two years now. So it’s kind of odd when I get the rare chance to see something familiar. Except it’s been so long since I’ve seen it that it’s not familiar any more, so I get to discover it all over again. I experienced a bit of this when I went home around this time last year, and I experienced it again last week when I went to Costco, sweet Costco.

For those of you who haven’t been fortunate enough for providence to smile upon you and bless you with the knowledge and experience of this fine company, Costco is a chain of supermarkets the size of a large warehouse that sells things only in bulk. It’s glorious. It’s even more glorious when you happen upon it while in Japan and you’re dying for it’s bounty of divine, not-available-in-Japan, American foodstuffs.

So I thought I’d today share with you, not the odd stuff from Japan, but the familiar stuff from home that I missed without even realizing it, and that made me hop around the isles of Costco giggling with delight like a little girl. Wouldn’t my parents be proud of that.

Graham Crackers – They say that bananas are the “perfect food” but I don’t know, these babies are a close second in my book. They just never get old!! 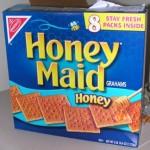 Water-packed Tuna – Sure, you can get tuna (or “sea-chicken”, as the locals call it) here no problem, but what you can’t find is tuna packed in water. Better tasting and better for you. Mmmmm.

Refried Beans, Flour Tortillas, Proper Tortilla Chips, Salsa and Guacamole – Finding any kind of Mexican food fixins in Japan seems to be a pain in the arse. There are up and downsides to this. The downside is that you can’t find guacamole anywhere in supermarkets. The upside is that if you do manage to find it at, say, a Mexican restaurant, it’s always handmade and damn tasty, because they have to make it by hand. 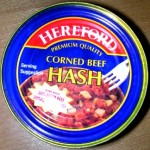 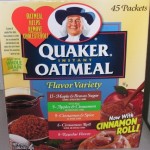 Granola Bars (both hard and soft varieties) – Man, I missed these things too. I always try and keep one or two in my briefcase for those long days at school when my bento at lunch just isn’t big enough and I don’t feel like riding my bike for 15 minutes to the nearest convenience store. Brilliant, these things. Odd note, no one in Japan seems to have any clue what granola is, even with the use of an English-Japanese dictionary. Savages. 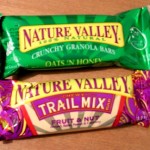 Clam Chowder – You’d figure that with as much seafood as the Japanese eat, they might have heard of and even like clam chowder, but no such luck. Campbell’s will do in a pinch though. Now if we could just get a Mo’s in Fukuma… 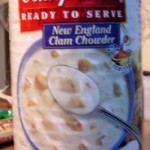 Pinot Noir – I have been looking for a year and a half now and am convinced that there isn’t a single of Pinot Noir on this entire freaking island. I suppose I shouldn’t expect more from a country where virtually every restaurant insists on serving red wines chilled. <sigh> 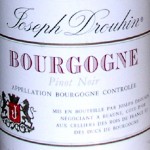 Nutella – This is actually the first time I’ve ever had the stuff, but damn yo, this be the hellafied-tasty-shit right here, I ain’t even fuqin’ wit you, homie. 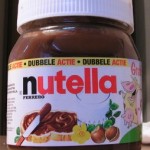 Pancake Mix – This is another one of those things that you can actually find in Japan, but they just don’t quite get it right. All the ‘domestic’ pancake mixes I’ve tried here come out WAY too sweet, almost like they’re more of a desert pastry or something rather than…well, a pancake. Finding this bag o’ pancake mix was one of the happiest moments of my stay in Japan. 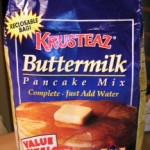 Folgers – Such a simple thing we’ve saved for last, but so very nice. I’m even a coffee snob and love going to SBC and Starbucks in the city every chance I get, but when it comes to brewing the stuff at home, there’s just nothing like the ‘cuppa joe’ character of Folgers which is, as you can probably guess, nowhere to be found in this fine country, save the fine cradle of culinary culture that is Costco. 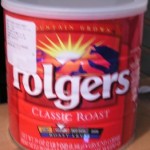