Yes, child. I remember you… 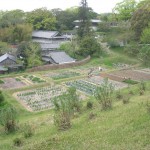 Ahhhh, that did feel good. Lethargy got a hold of me a few weeks ago and instead of being the obtuse little incovenience he usually is, just came over and we hung out and played some video games and basically just enjoyed each other’s company for a while. I did, however, feel that he was starting to overstay his welcome though, so I have bid him farewell and have come back to join the world with the rest of you again. Ah well, it was good while it lasted.

So I’ve had a few different people ask me lately what I’m doing, if I’m going to be coming home soon, staying in Japan until the end of time or what. So let me bring you all up to date at once on what my dilly is (for those of you here for more of The Japan and less of The Me, you’ll just have to piss off for today, sorry).

The long of it is, I have indeed renewed my contract for a third year on the JET Programme, which means I will be here for about another 16 months, through the end of August 2004. The short of it is, I’m a whore and need money.

I would be lying if I said that teaching is a great do for me and that I’ve found my calling and come to work every day with a smile on my face and song in my heart. I would, however, be telling the truth if I said that I make a ton of cash for what is relatively very little, low-stress work and get to live in a really fun and unendingly confounding (both in good and bad ways) country.

I did think hard about calling it quits after this second year was up, but in the end a few key factors convinced me to give it another go for Y3, and they are as follows:

1. This job is easy and I get more money than I was getting back home for doing less work.

2. The job market back home right now sucks. Sucks ass from what I’m told. For God’s sake, my brother had to go to California to find work!! That’s just unacceptable folks, UN-AC-ceptable.

3. I have a degree(in film) that is utterly worthless… unless it is being used as a placemat that is.

So in the end, I’ll stick it out here for at least one last year. We’ll see what happens after that, but I honestly have no idea what’s going down after that. Hey, like Björk said, “Today has never happened, and it doesn’t scare me at all”, right?

In other news, I figure if I’m going to be staying for a little while longer, it’s really time that I started hitting the Japanese study a little harder than I have been lately. My language ability is at the level where I can usually make myself understood in any situation that matters, even if only in a rudimentary manner. Recently, the confidence of that knowledge coupled with a cunning Romanian distraction have kept me from doing anything more than station-keeping with Japanese however, and that’s not good. Sadly the Romanian issue appears to no longer be an issue (which hopefully will not lead to alcoholism being an issue) so I’m free to kick ass on the Nihongo again.

To this end, I’m going to go to a four-week intensive summer course in Kyoto with the aim of making this language my own personal little bitch. I’m deciding now if it would be a good idea to do a homestay or not. All I know is that if I did and they tried to make me rake the yard, they’ll wish they hadn’t; Dad was able to get away with that because he’s Dad. This borrow-a-family thing however could get dicey.

So that, my friends, brings you up to speed on my long-term plans. Stay tuned for the short term plans as well as the random Japan-goodies that 83% of you actually come here for.