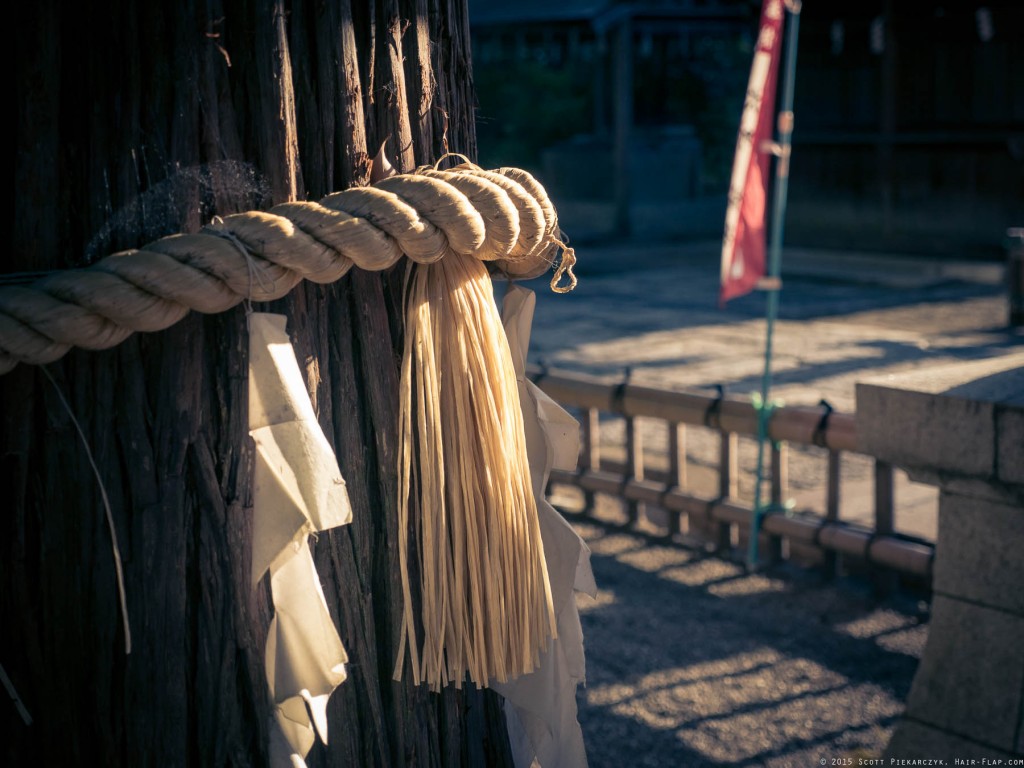 A few weeks ago, Mary and I wanted to go back up to Omoshiroyama and check out a flower park we’d heard about. Unfortunately, we missed the train for that by mere moments so we suddenly had a free afternoon in front of us. Fortunately, we weren’t too far from a couple of well-known local shrines so we hopped back on our bikes and went to check them out. 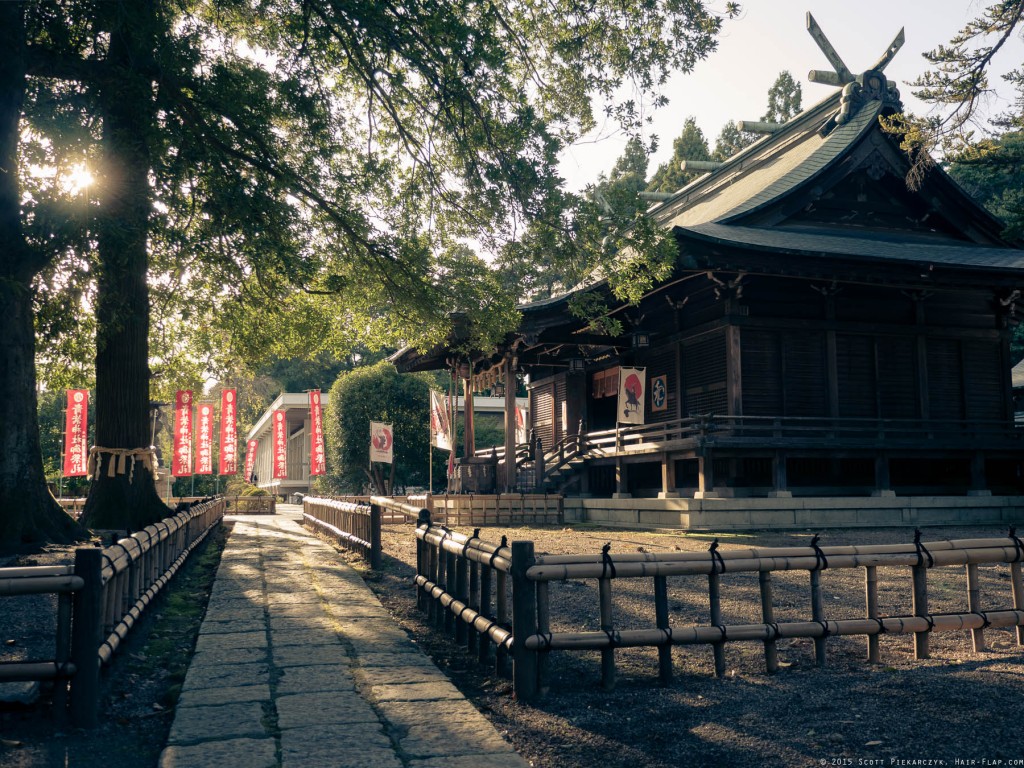 We soon arrived at Aoba Shrine, quietly nestled among a wooded area at the top of a small hill. 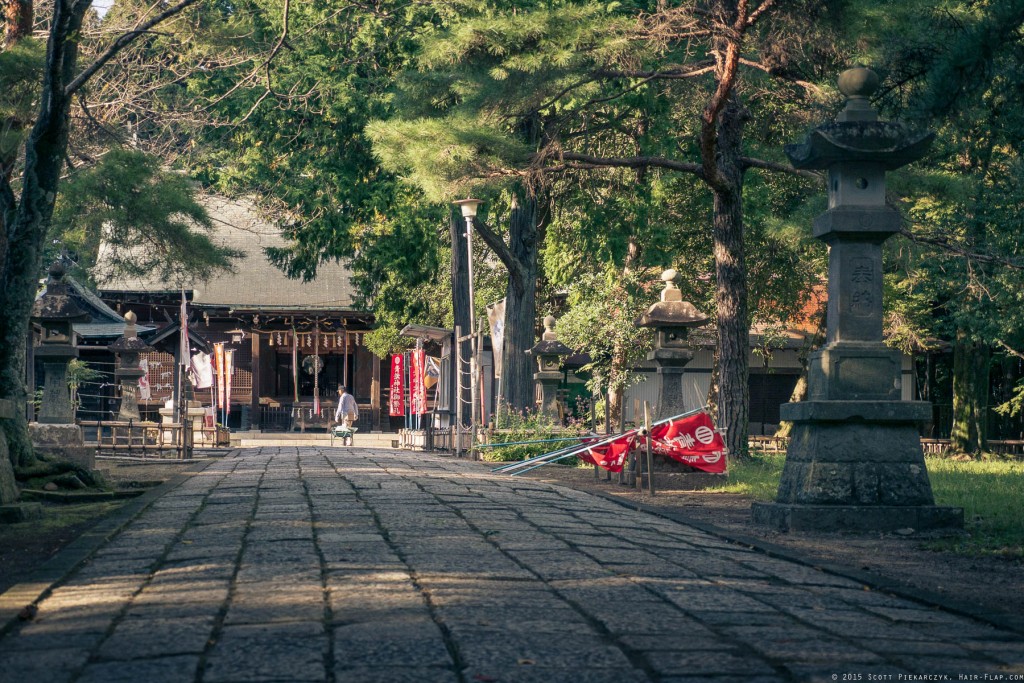 We arrived just as the sun was going down, making for a charming and picturesque walk around the grounds. 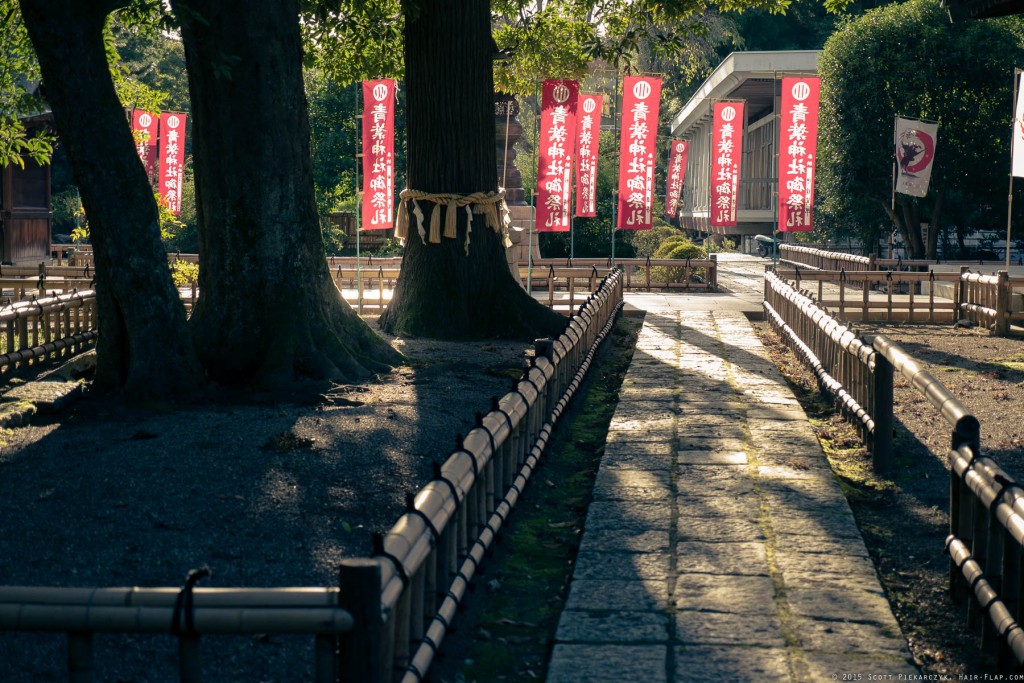 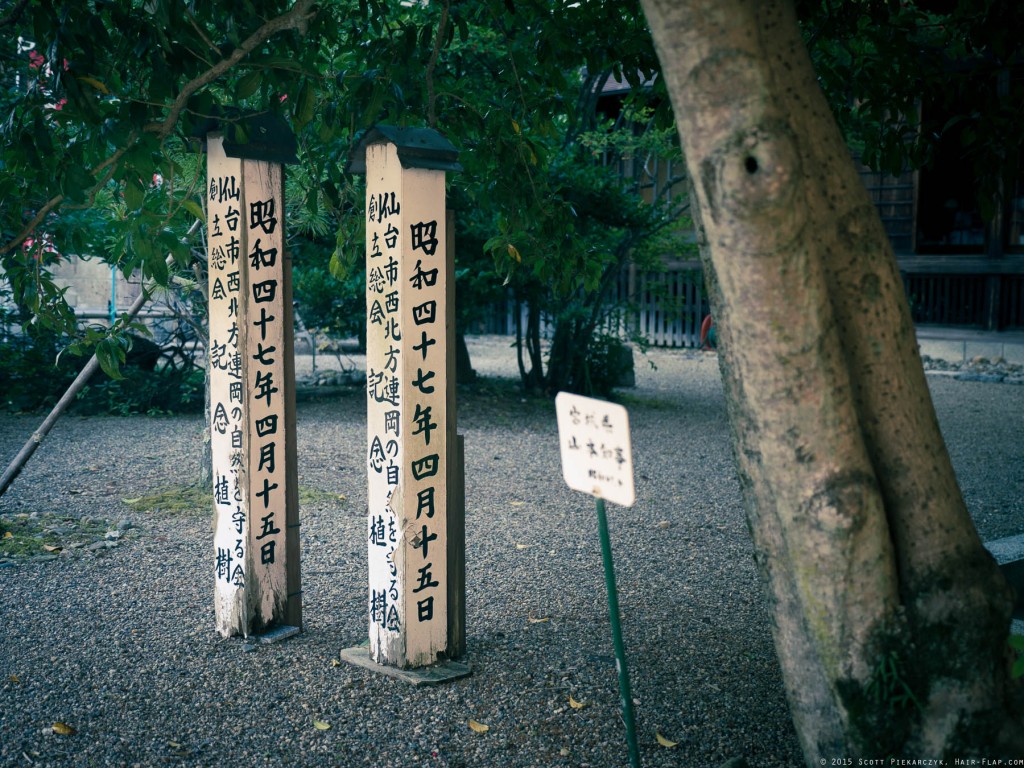 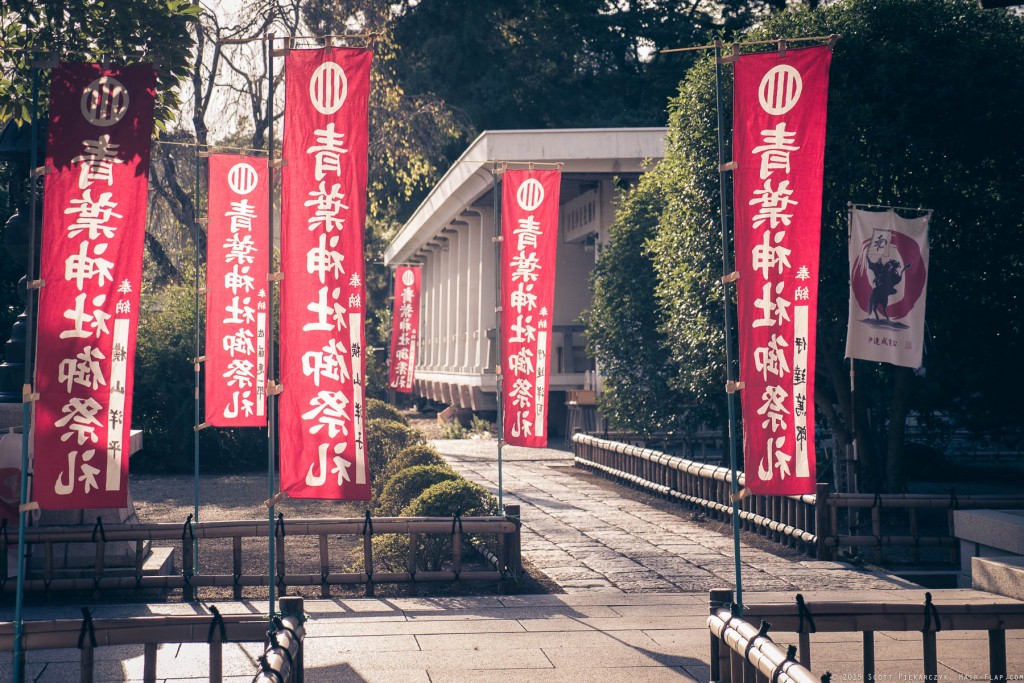 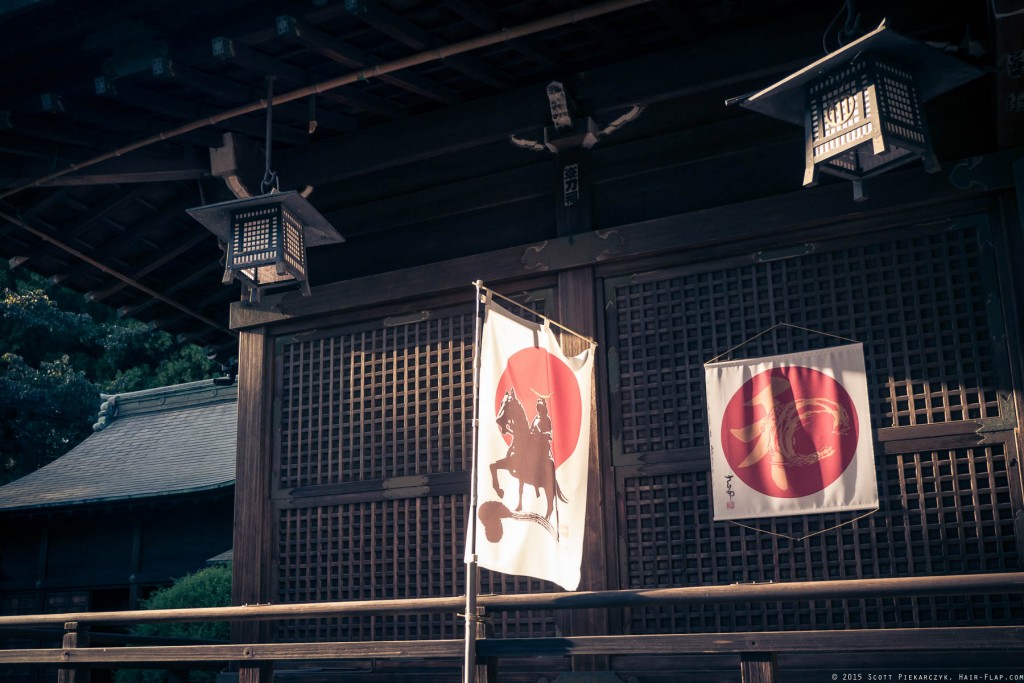 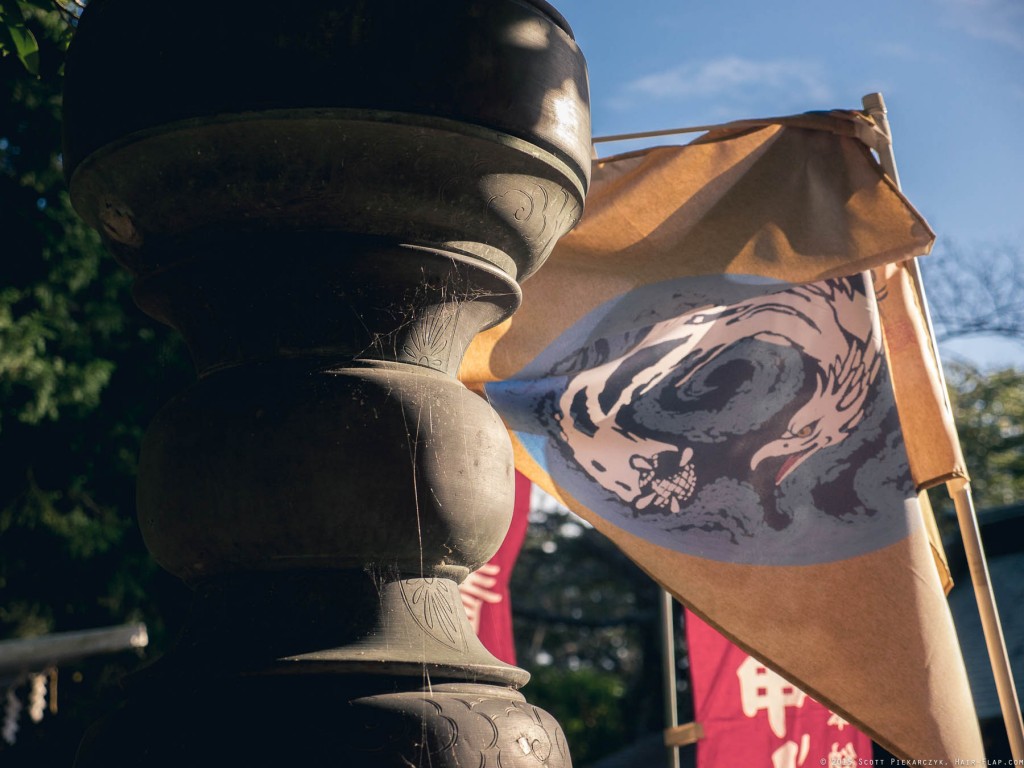 While looking at the Ema plaques hanging nearby to see what people were wishing for lately, I noticed there was an awful lot of references to “Wake Up, Girls!”, whatever the hell that meant. 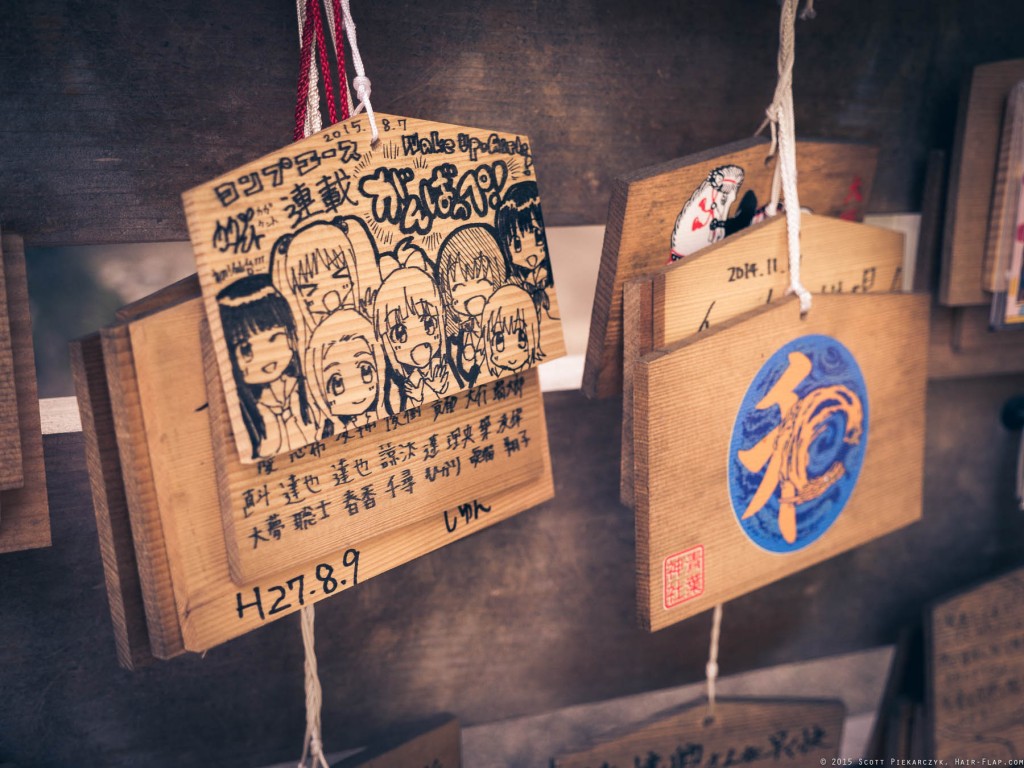 Turns out, it’s a recent anime show that was very proudly set right here in Sendai. You can even see on the lower half of this page here several scenes from the show next to photos of the real-life locations around town. I thought I’d check it out and sure enough, in the very first episode a scene happens right here at Aoba Shrine. 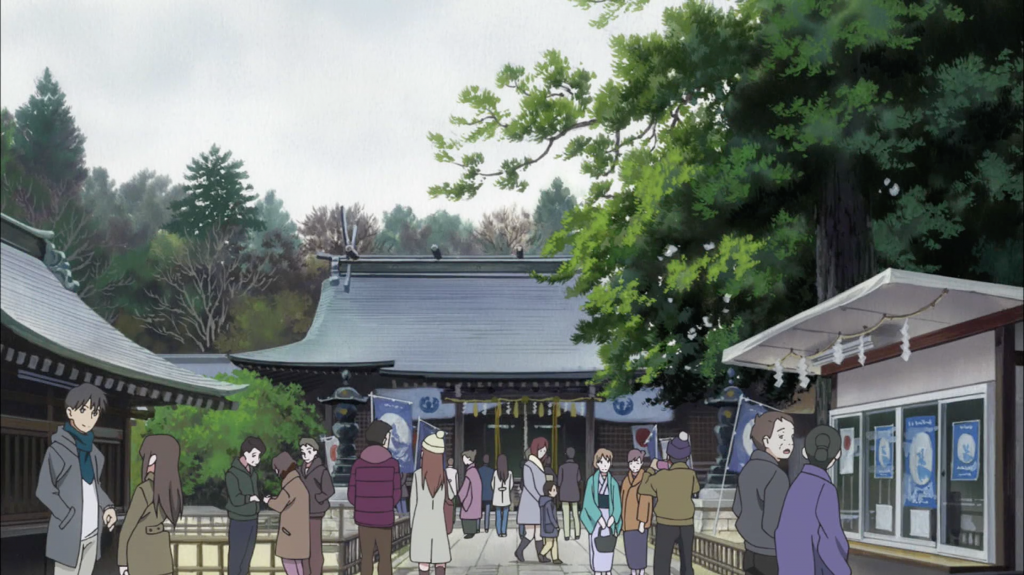 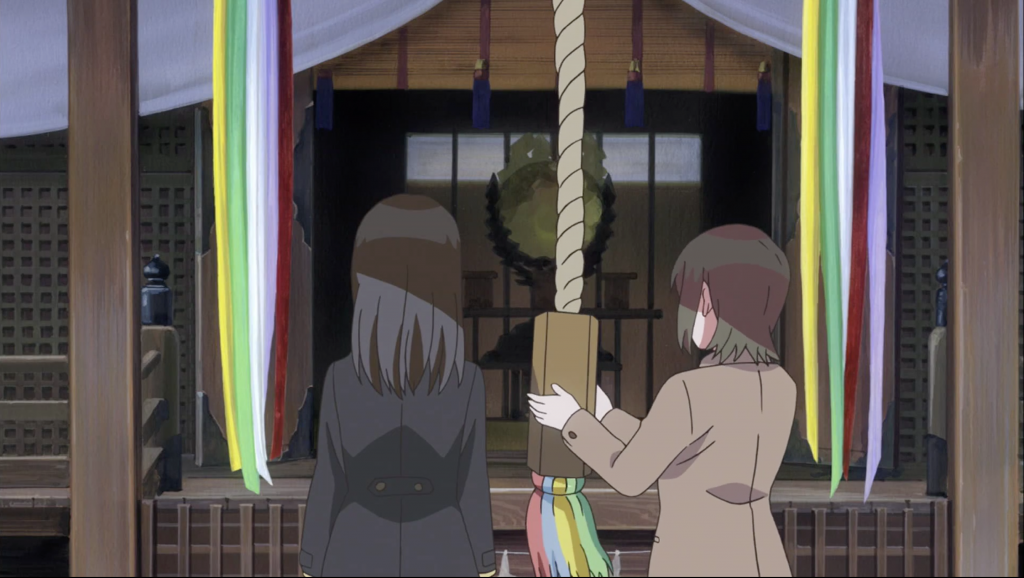 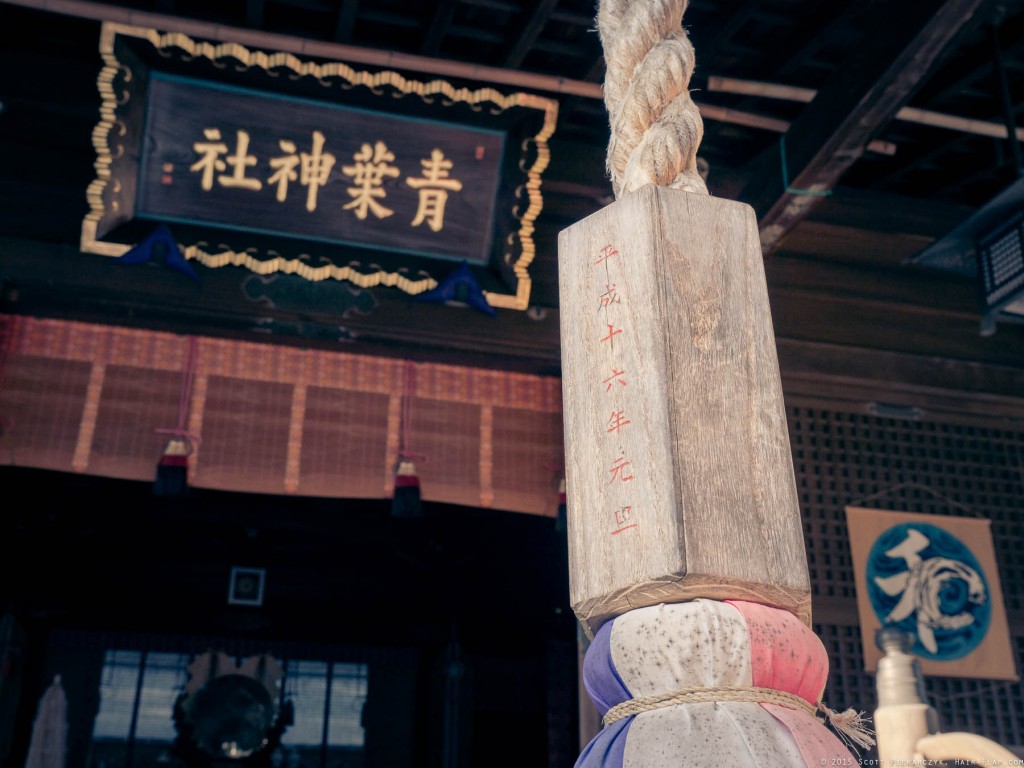 Apparently there’s even a mobile app that will guide you around town to the locations that appear in the show. I thought about doing a post on that but after watching the first episode, I’m pretty sure Wake Up, Girls! isn’t really my cup of tea so you’re just going to have to get your Sendai-inspired anime fix elsewhere.