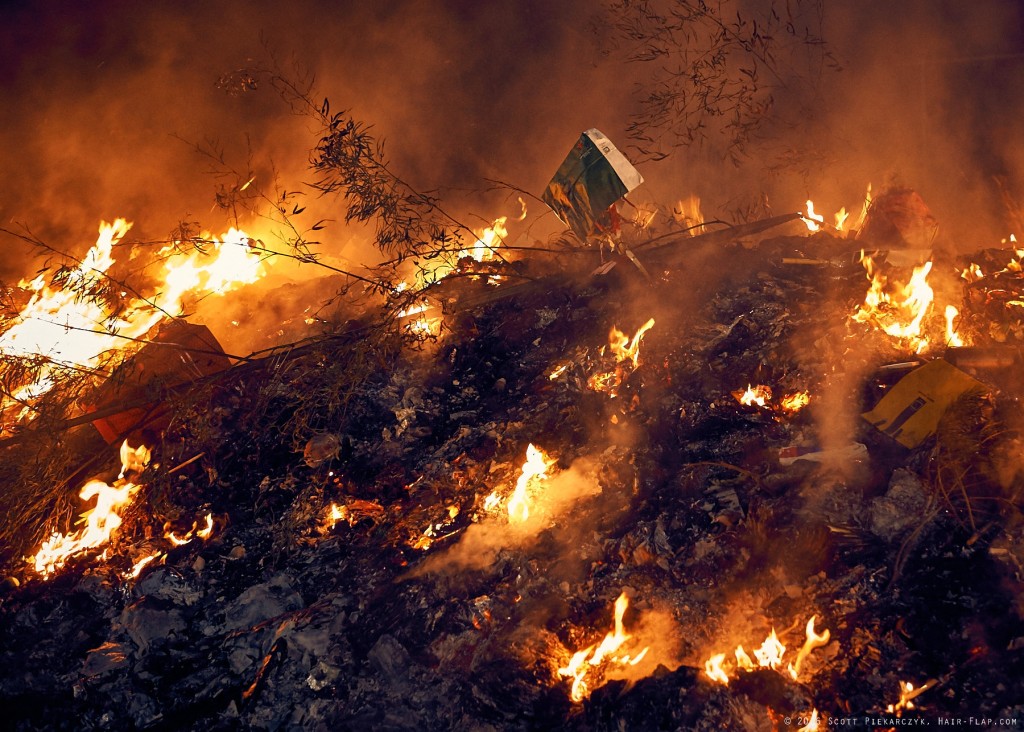 I suppose I should get around to wrapping up the remaining posts I’d intended to write while still in Sendai now that I’m back to a semi-regular posting schedule (knock on wood). While we’re certainly enjoying the living hell out of Osaka so far, I definitely miss the friends and sights of Sendai. Let’s do some catching up, shall we?

In the chilly evenings of mid-January, in Sendai and across Miyagi-prefecture, people were celebrating the arrival of the New Year in the most solemn way possible; by burning their evil shit from last year!

Okay, that’s not exactly it but…well, no that’s about exactly it, as I understand it.

Dontosai is the oldest festival in Miyagi Prefecture and while it’s held all over, the one at Sendai’s Osaki Hachimangu Shrine is the most famous. And lucky for us, that’s the one we visited as it was right around the corner from us. 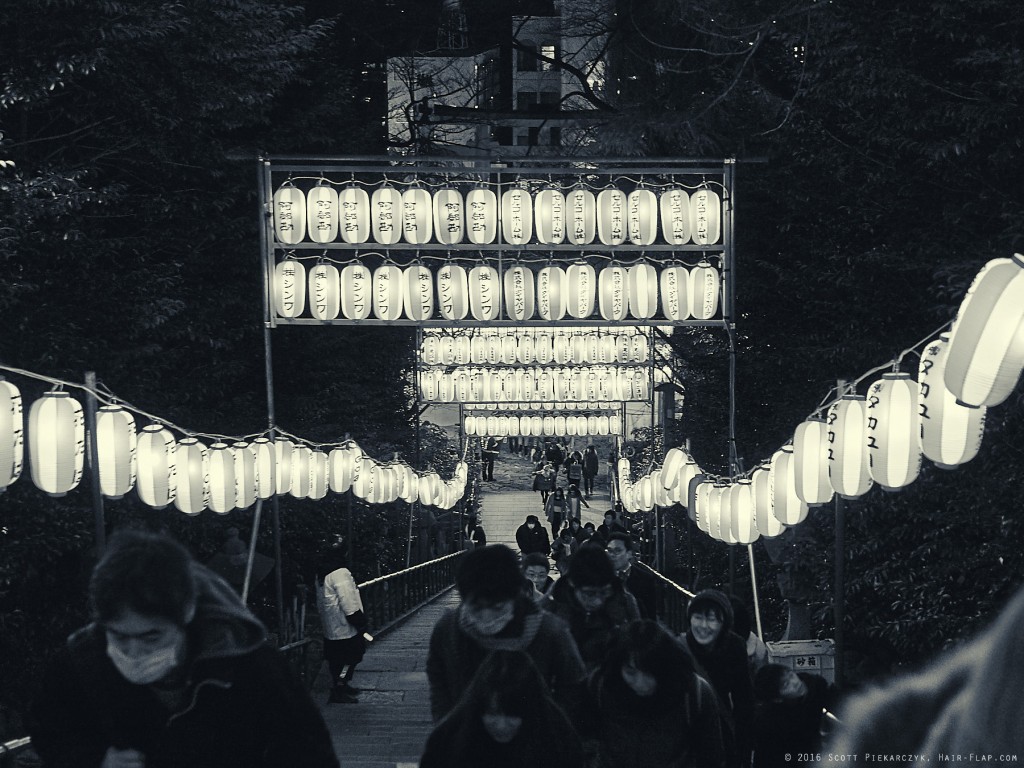 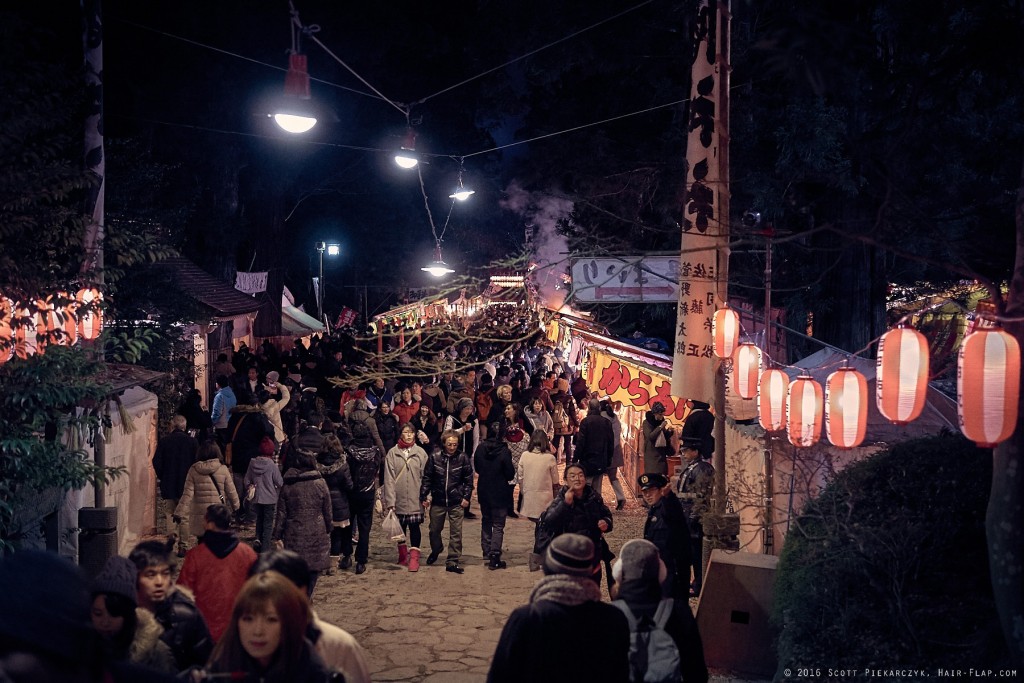 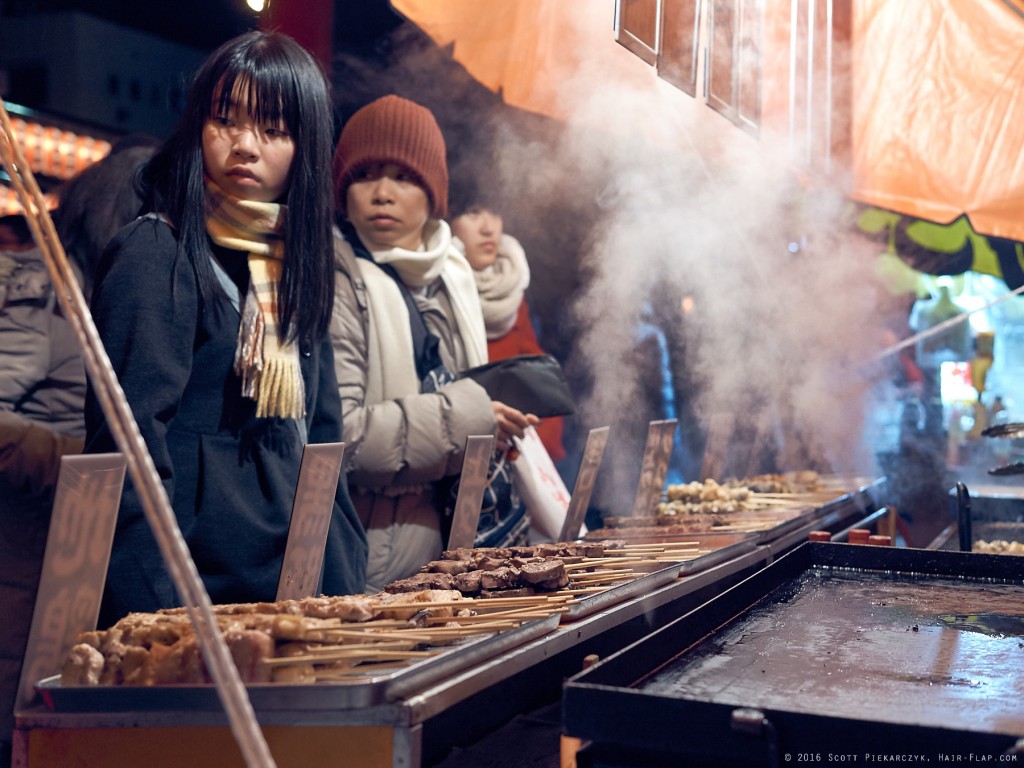 Basically, people all come to the shrine, pile up all their New Year’s decorations and anything else that’s a symbol of the old year or something they need to leave behind or move beyond and excise from their lives going forward, pitch it in a giant pile and light that fucker UP. People continue to show up through the evening and late into the night, continuously throwing things on the pile and watching the flames do their work. 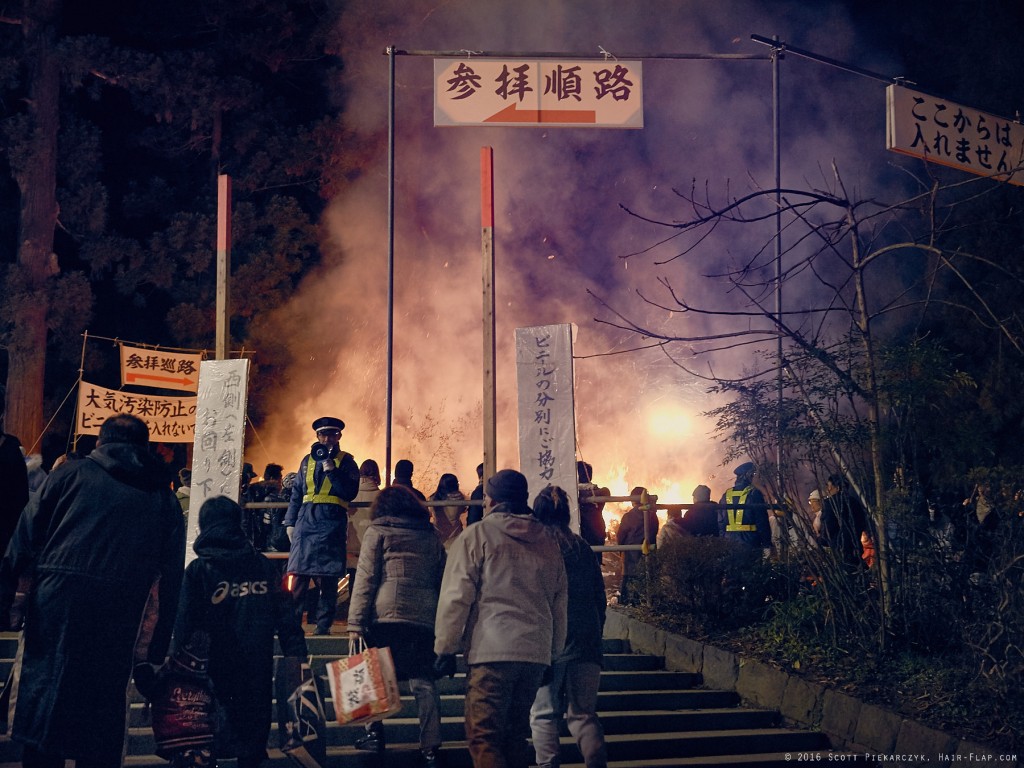 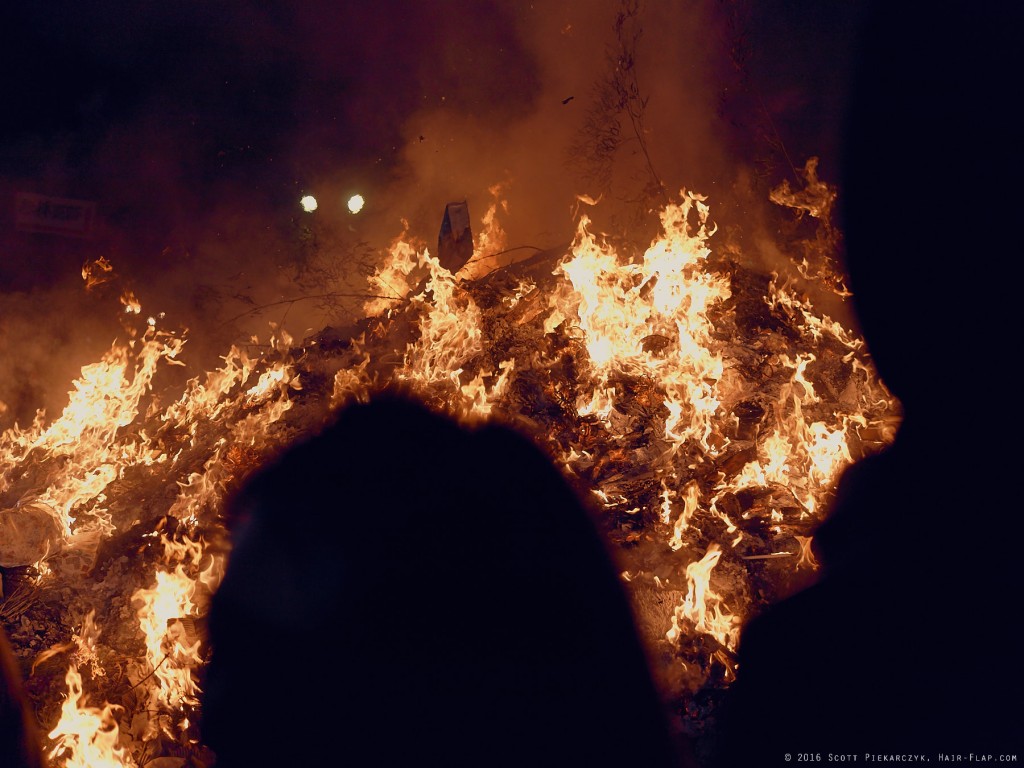 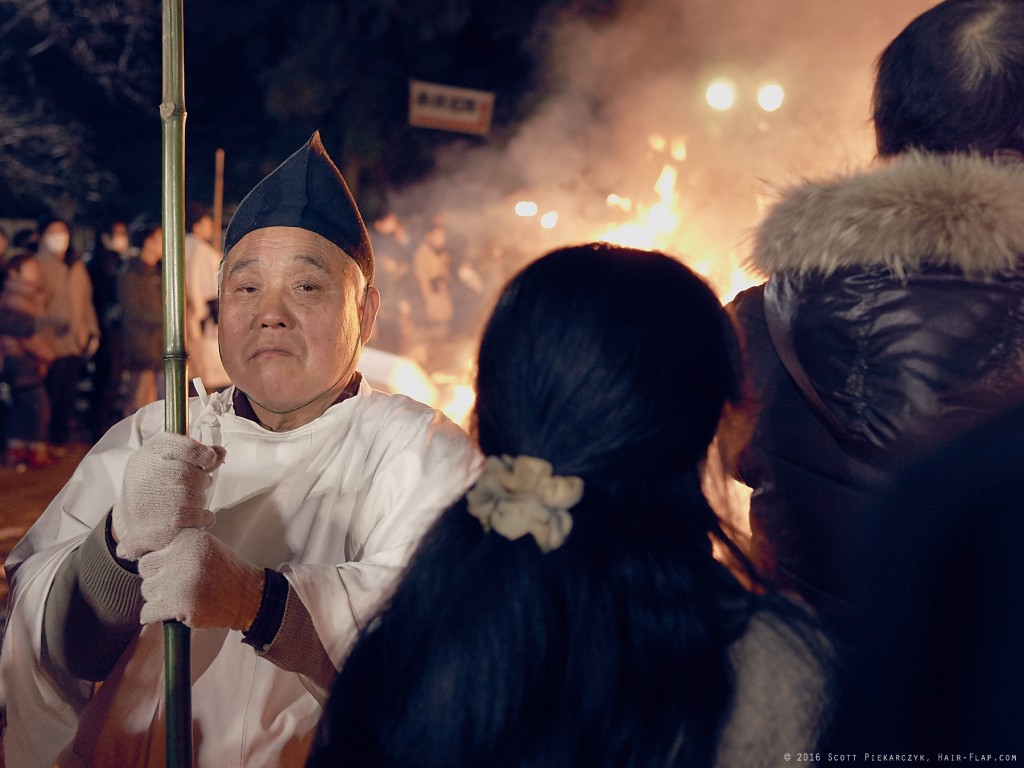 One of the neat things is that starting in the early afternoon, even in the city, where I was earlier in the day, you’ll see various groups, like companies, clubs, student groups, etc, stripped down to loincloths and making the long, cold pilgrimage out to the shrine on the edge of the city by foot, carrying the offerings they intend to burn. The idea is that enduring the cold is part of the ‘shedding’ of the past year, which makes sense that you’d figuratively shed the previous year’s trappings by literally shedding a layer of skin cells by losing them to frostbite, oy! 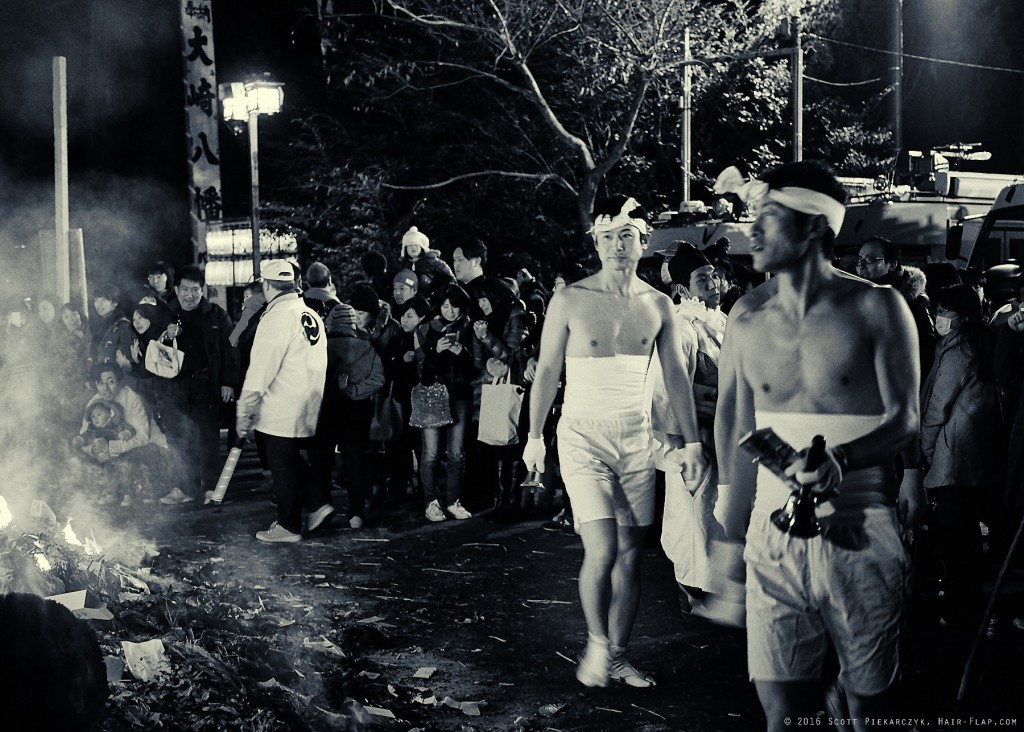 I need to stress this was still January. In Sendai. I was dressed in full winter regalia with scarf, gloves and hat and was still cursing the cold. These dudes were nipples-to-the-wind for probably about an hour or so and taking it like champs with only the promise of being next to a 30-foot bonfire for a few minutes at the end. Bully for them, man!

We opted to keep our clothes on and have some beer and stall food all while staying as close to fire as we could for as long as possible. 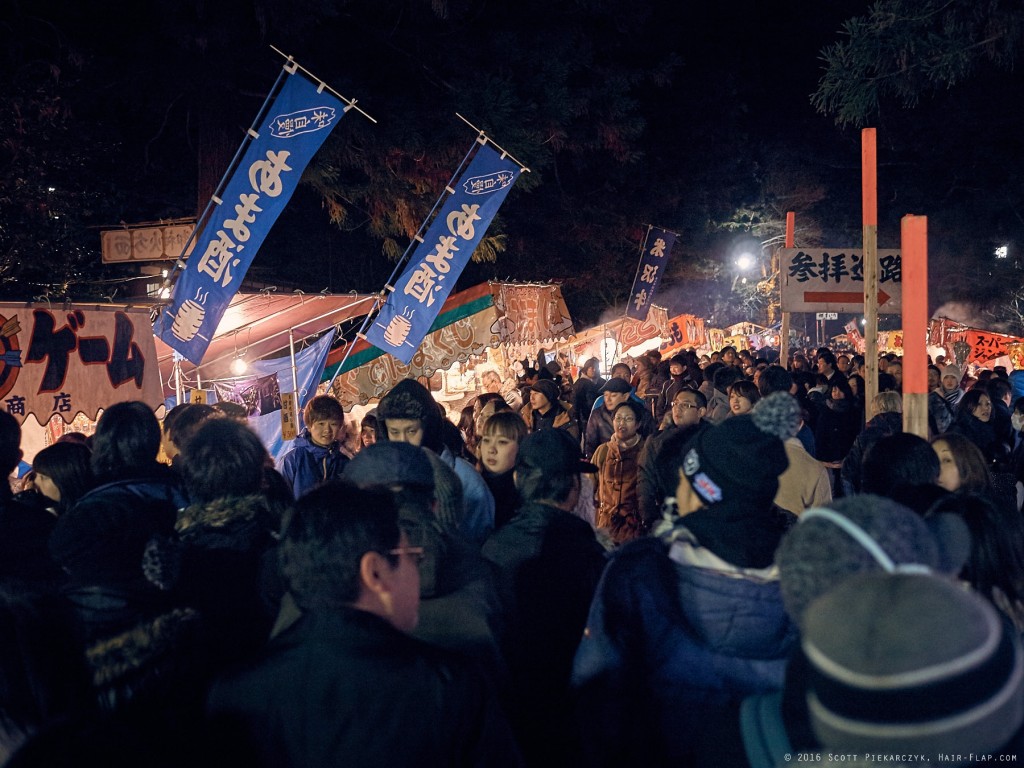 Mary and her colleague, Don, who was just a few days fresh in Japan at this point, enjoying the wonton destruction. 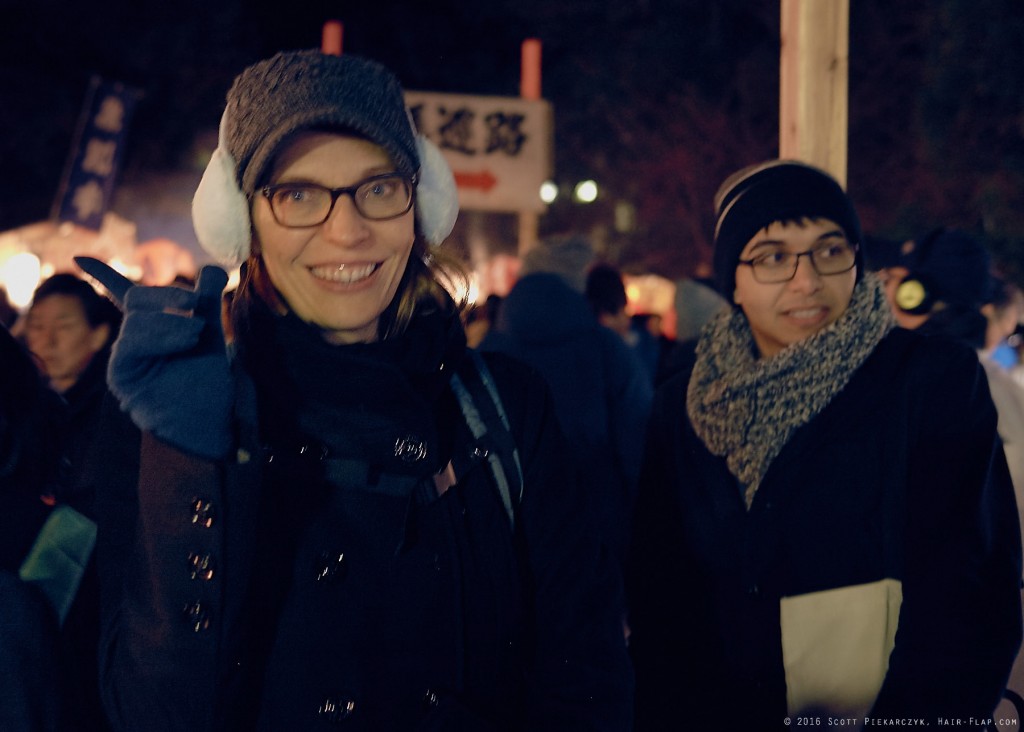 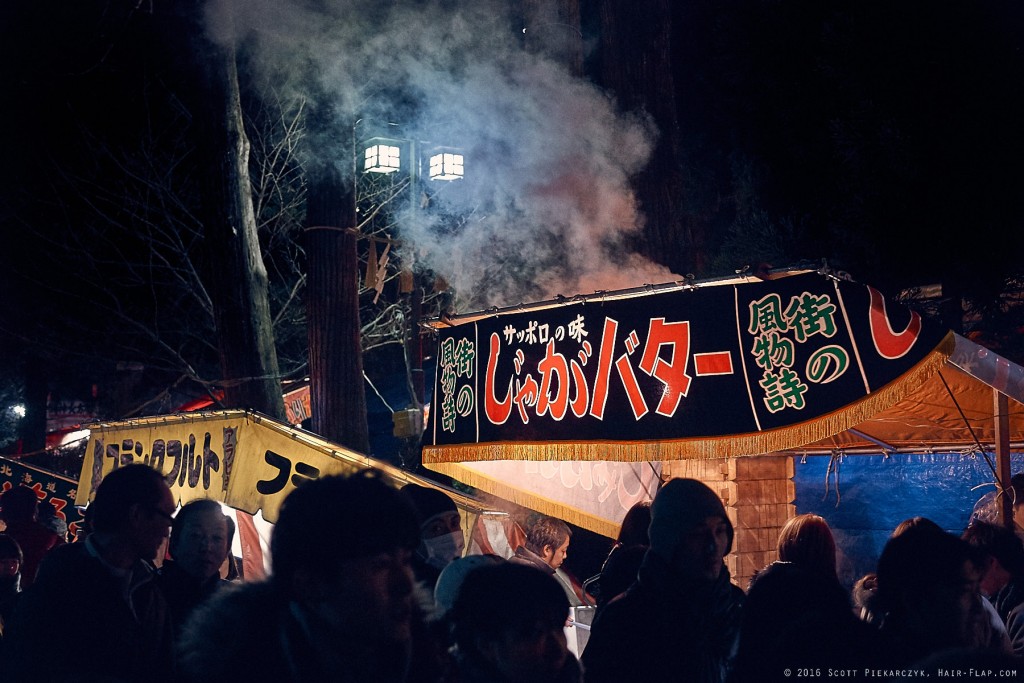 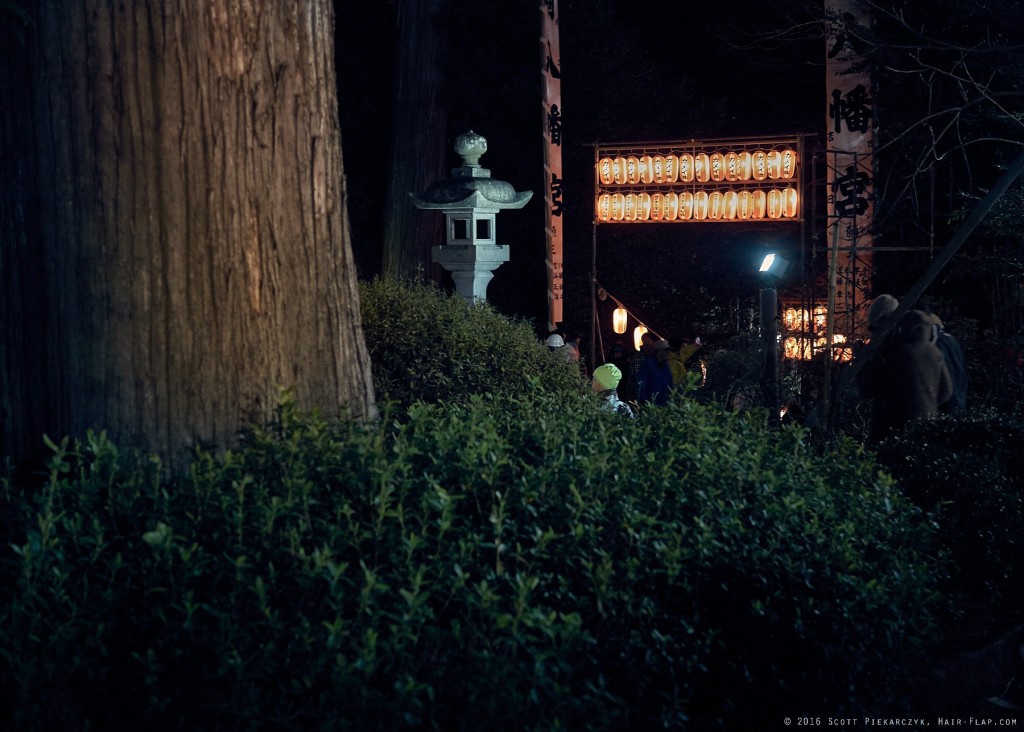