It’s been colder than usual, for longer than usual this year. That means that Hanami is a tad delayed. That’s fine though since I still have some photos from last year’s Sakura season to tide us over until the skies are thick with pink petals and the parks are full with drunken… everyone. 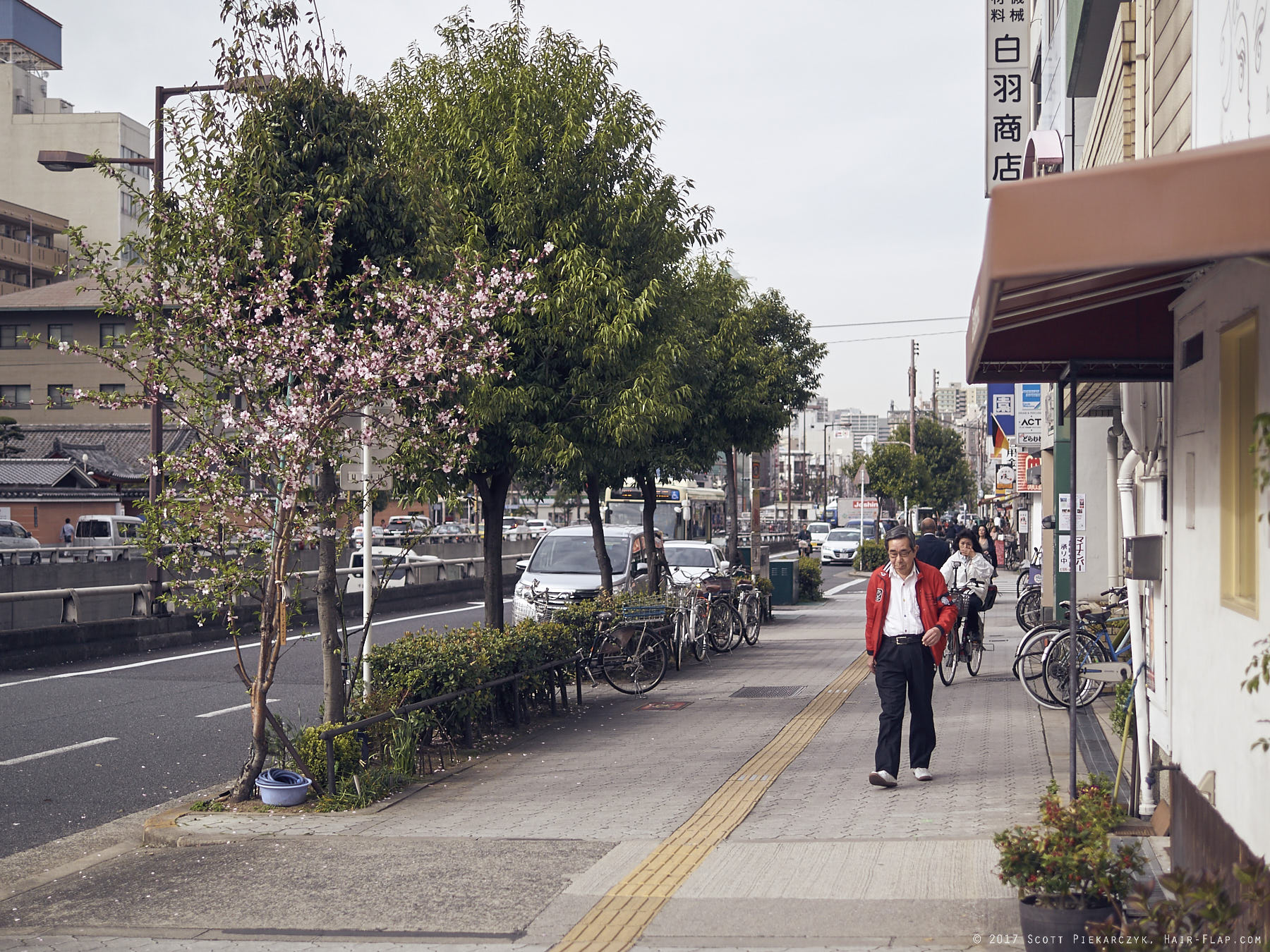 There’s plenty of little sakura oases around town, nice if you can’t manage to get to a park. Photo above is Uehonmachi, below is Umeda. 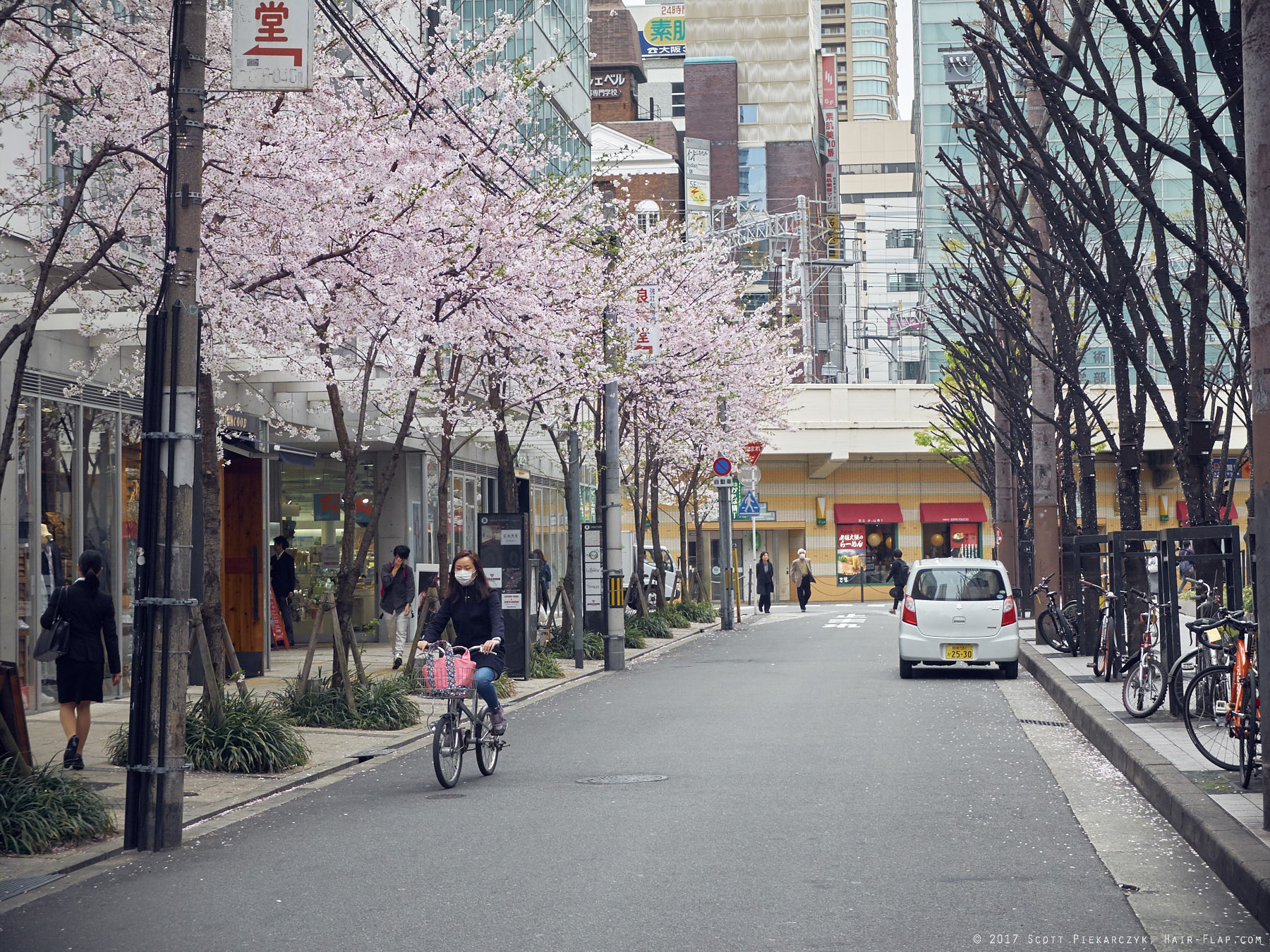 Late in the season last year, we met up with friends in Kyoto and checked out a couple neat spots that were still in prime form. The first of which was Nanzenji Temple (南禅寺), which has some pretty expansive grounds with several smaller sub-temples scattered about. 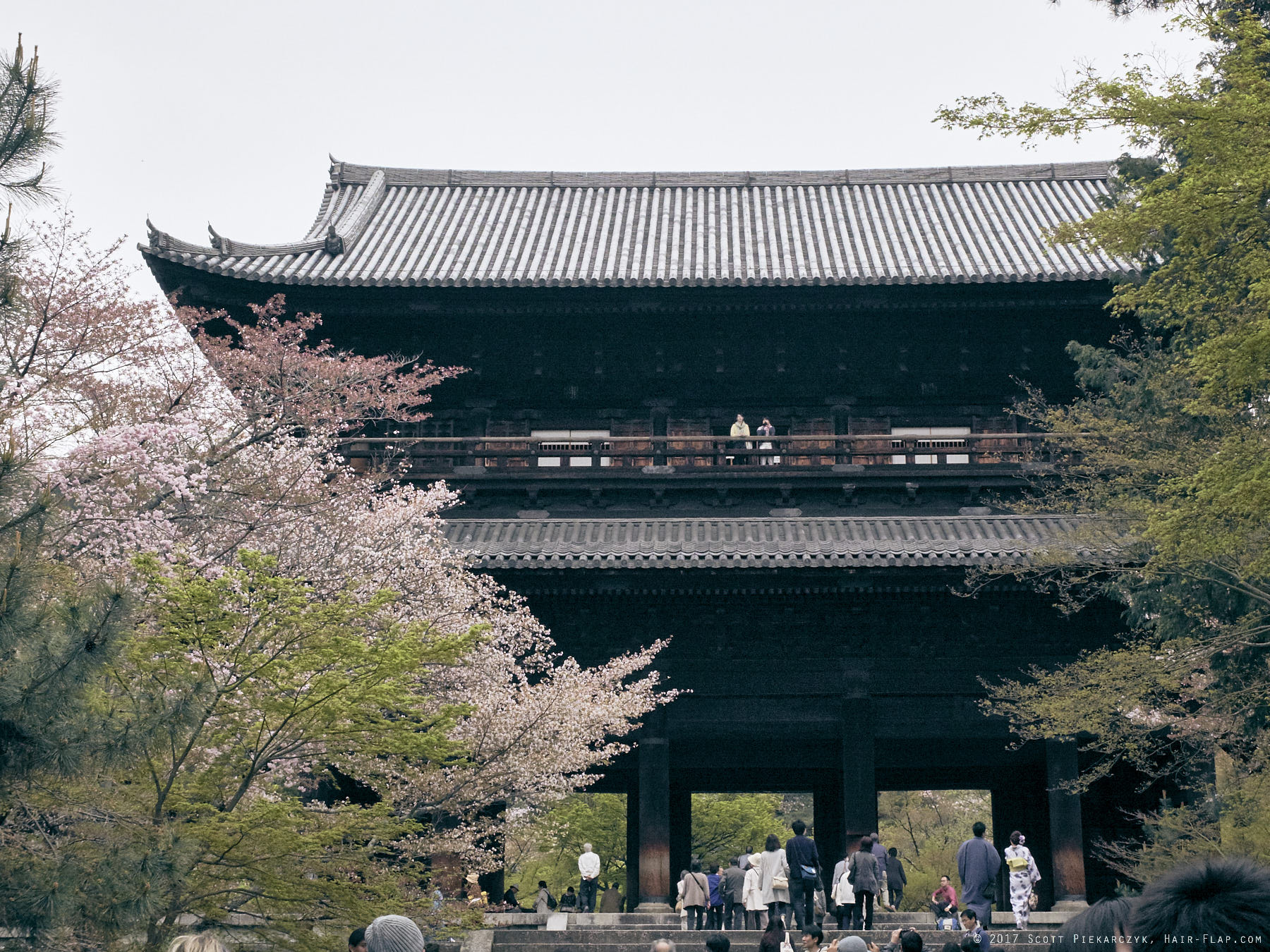 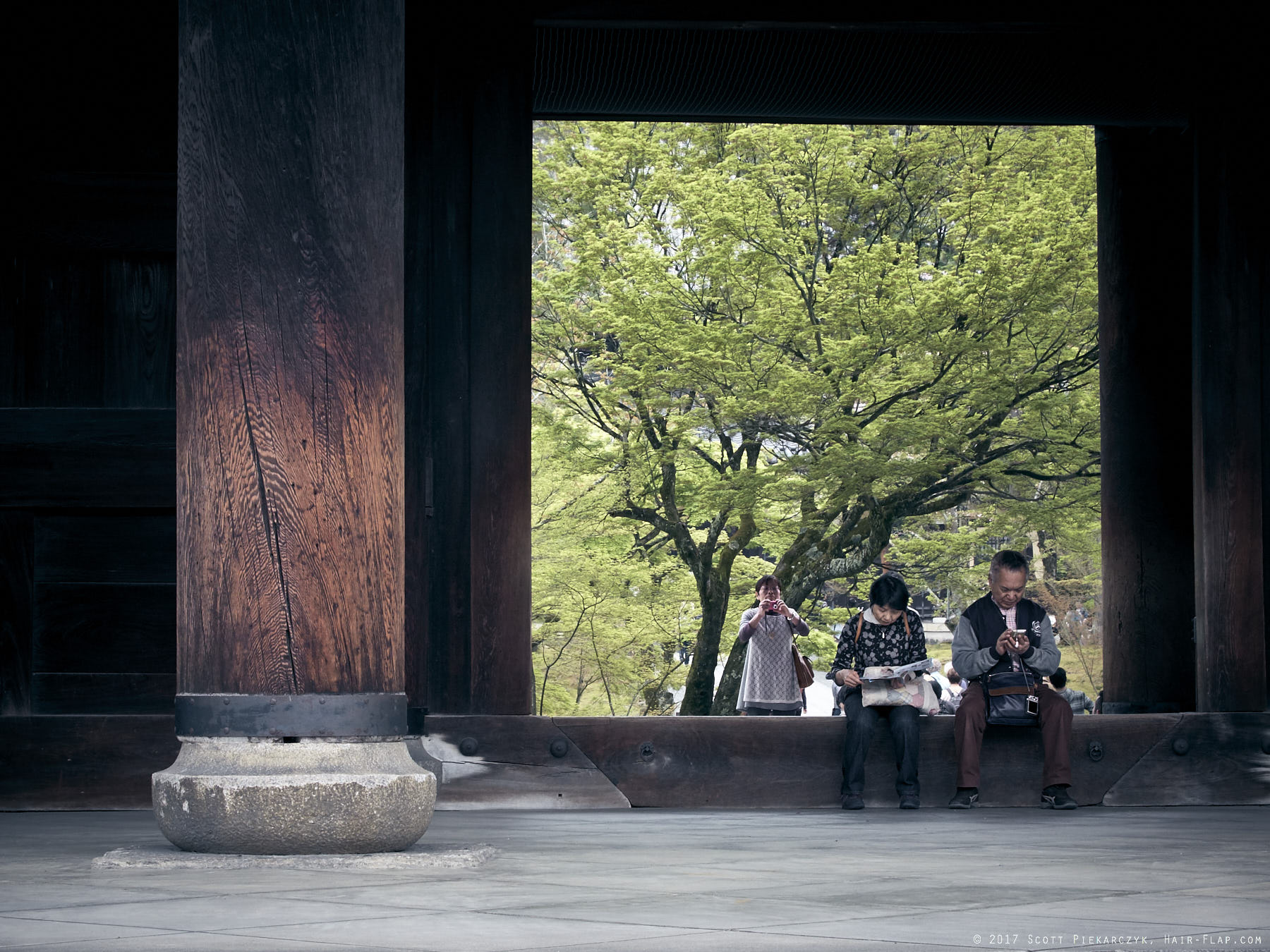 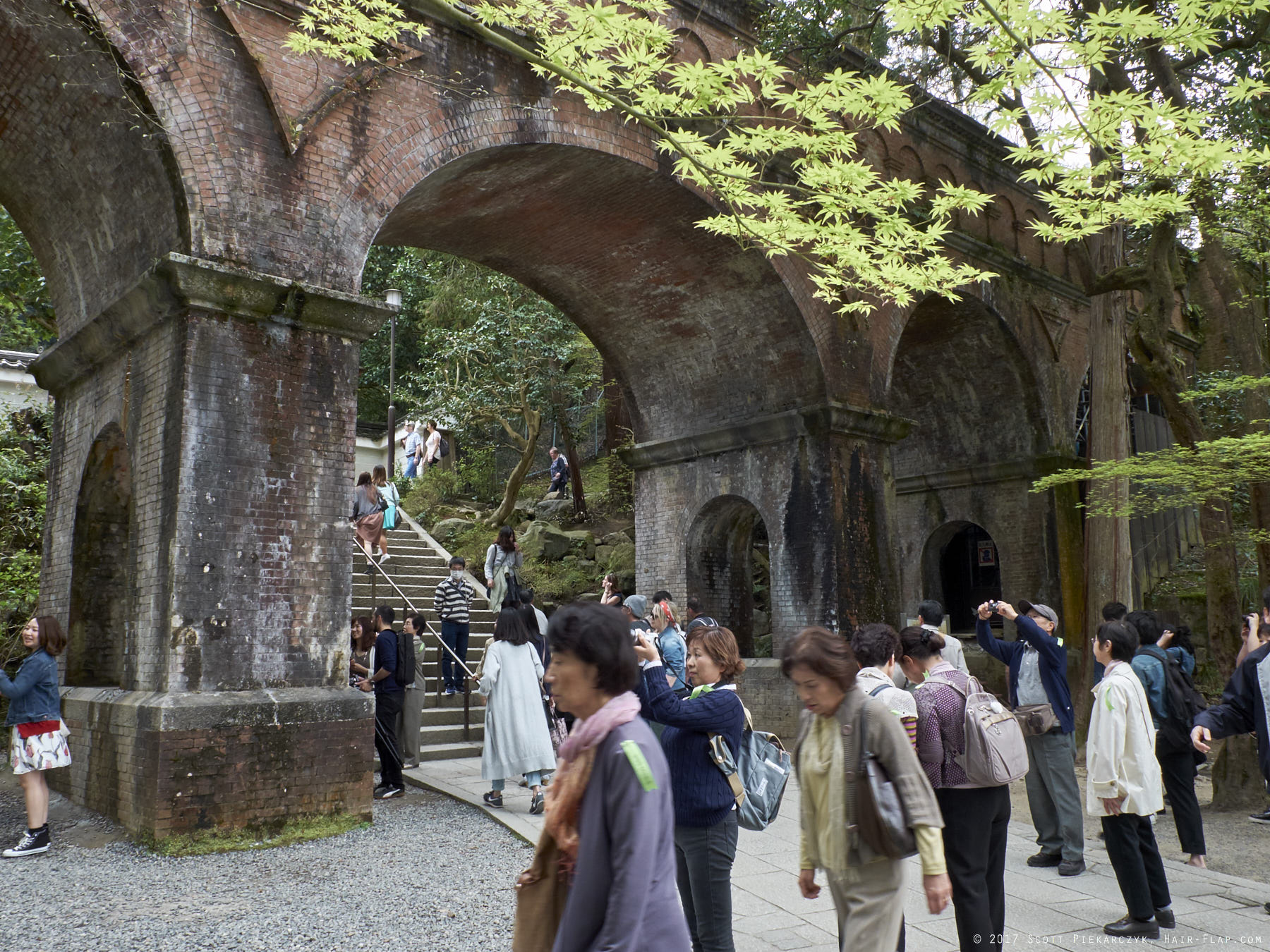 Our gracious host & guide, Bryan and some of his work comrades. What a badass! (And no, the nosepicker in the background wasn’t with us.) 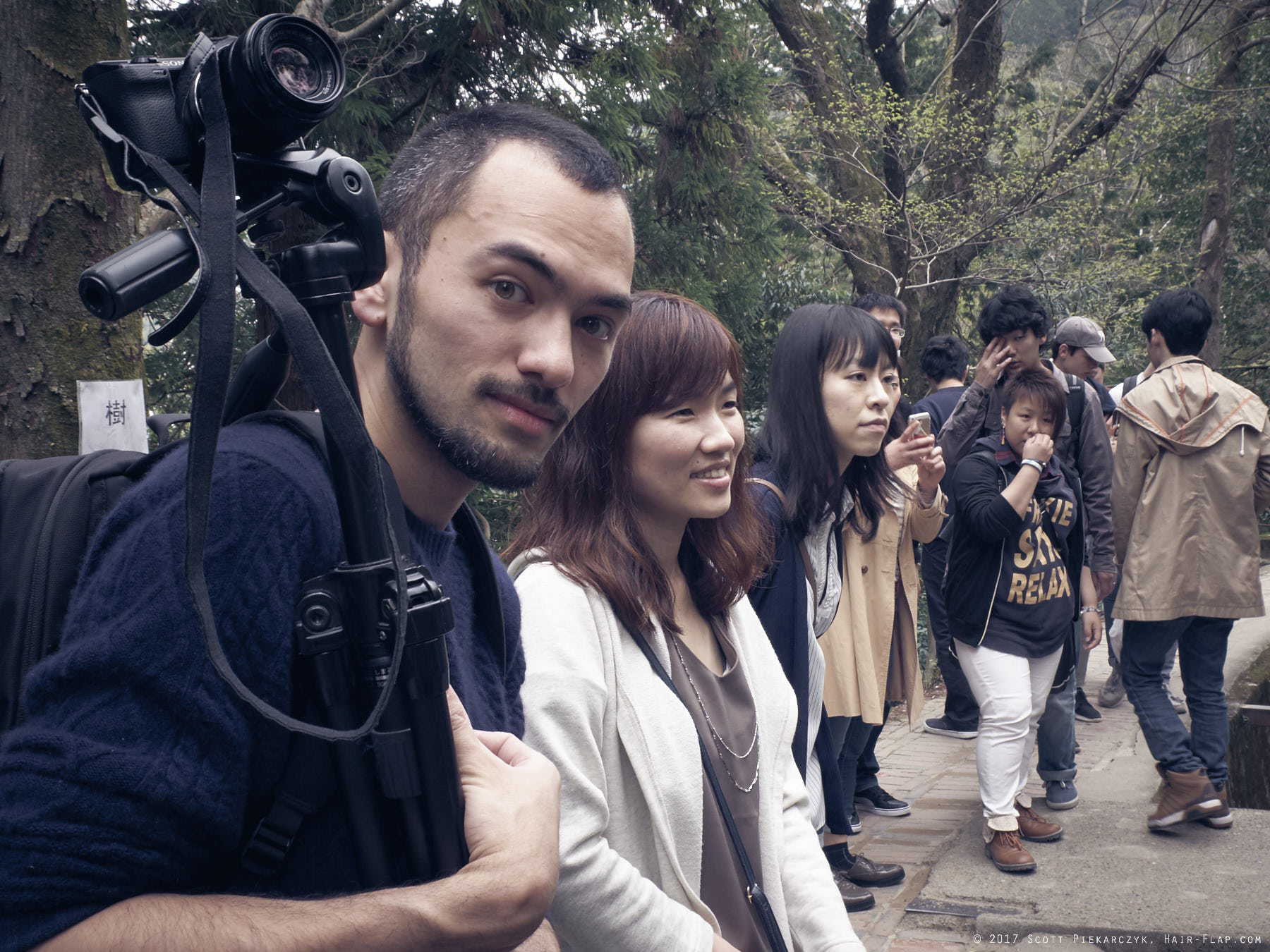 Remember, if you’re trying to convince the local population to avoid doing drugs, or to be careful of spyware, an old sun-bleached poster of an anonymous woman staring into your soul is the way to go! 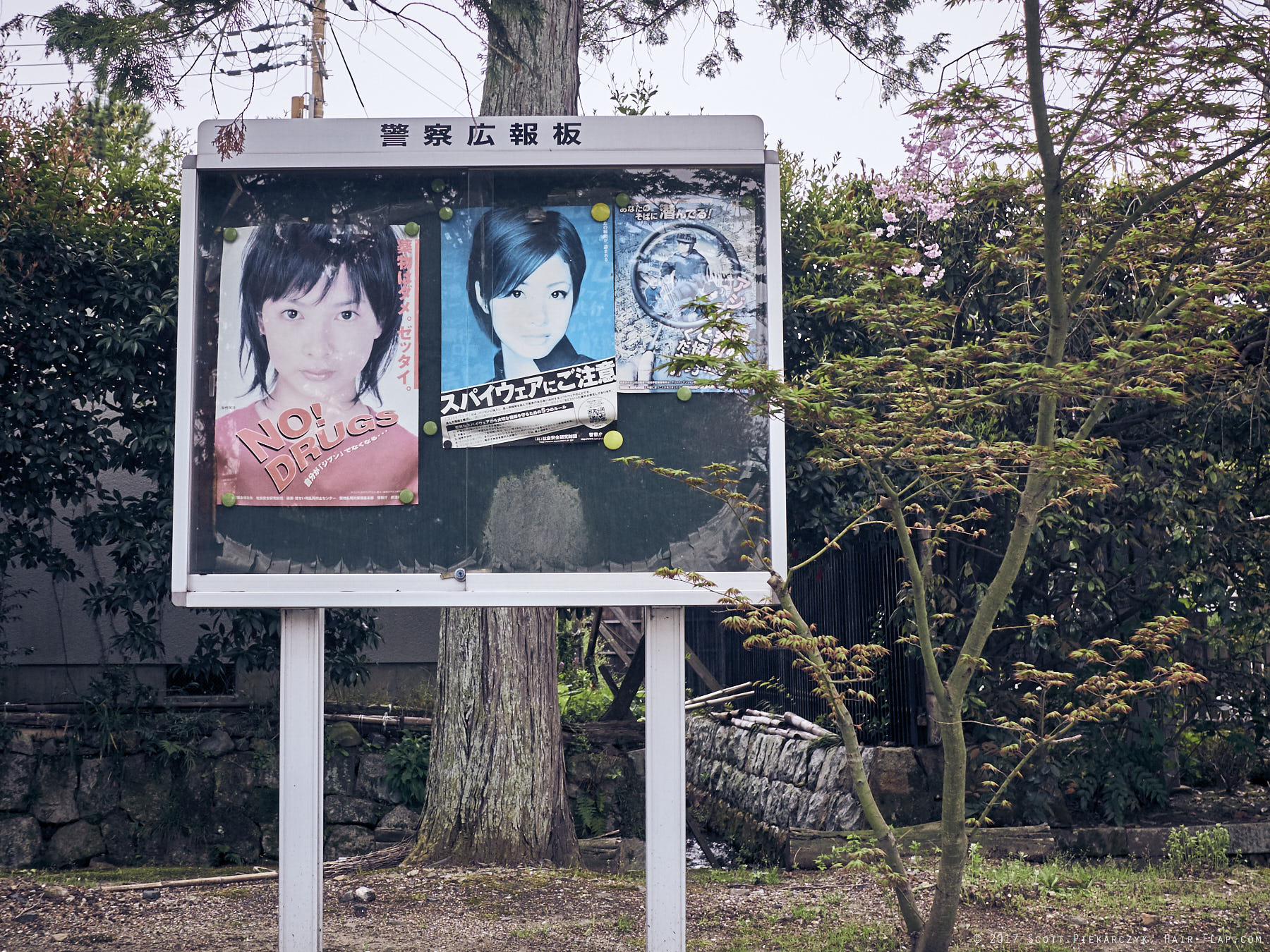 Not too far from Nanzenji, is a wonderful walkway along a canal called the Philosopher’s Path (哲学の道), so called because in the early 1900’s, a famous professor of philosophy meditated on this path on his commute to Kyoto University. At least that’s what the internet says. All I know is, while it’s a little crowded when sakura are in bloom, it’s definitely relaxing and worth the trip. 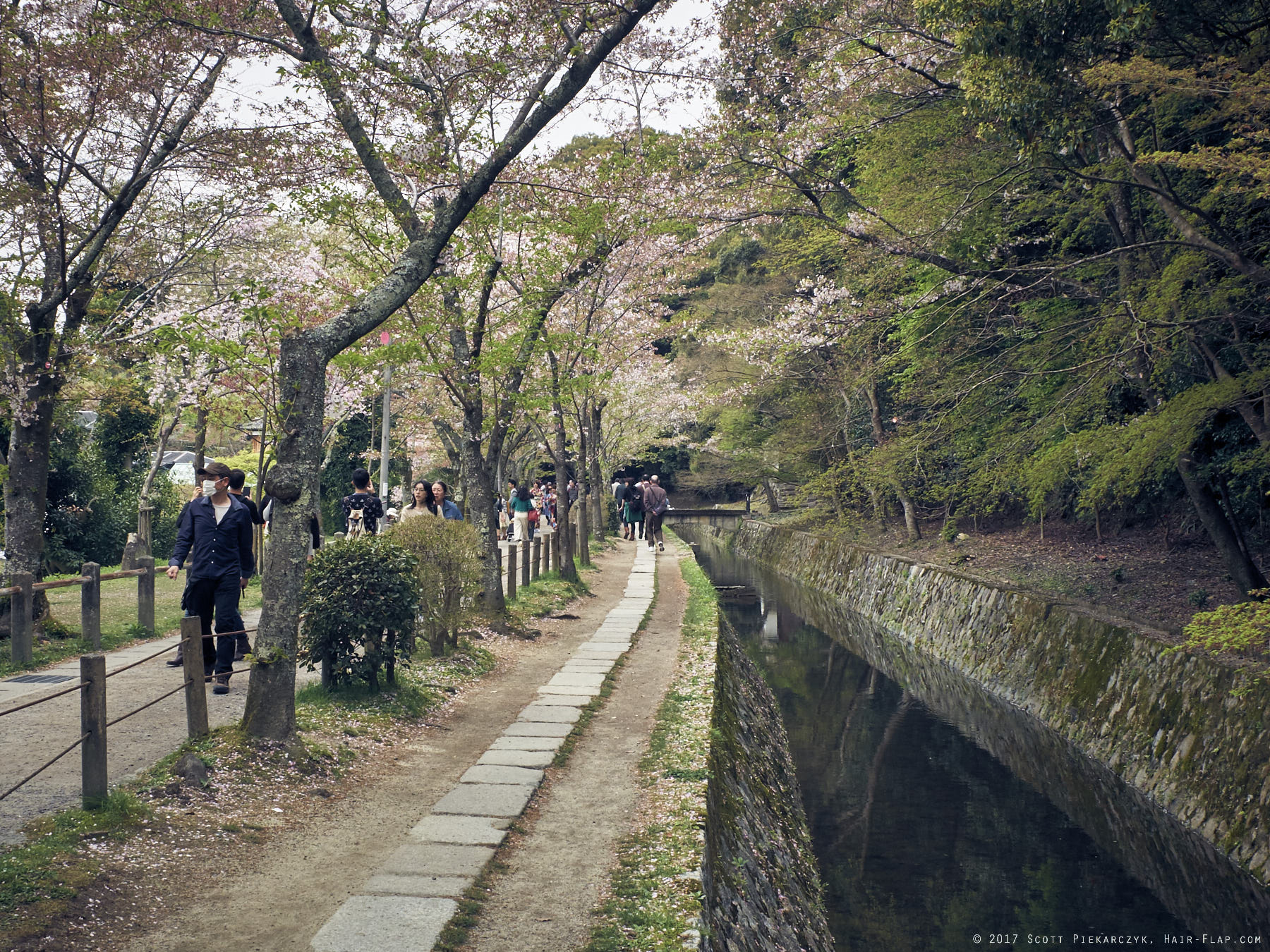 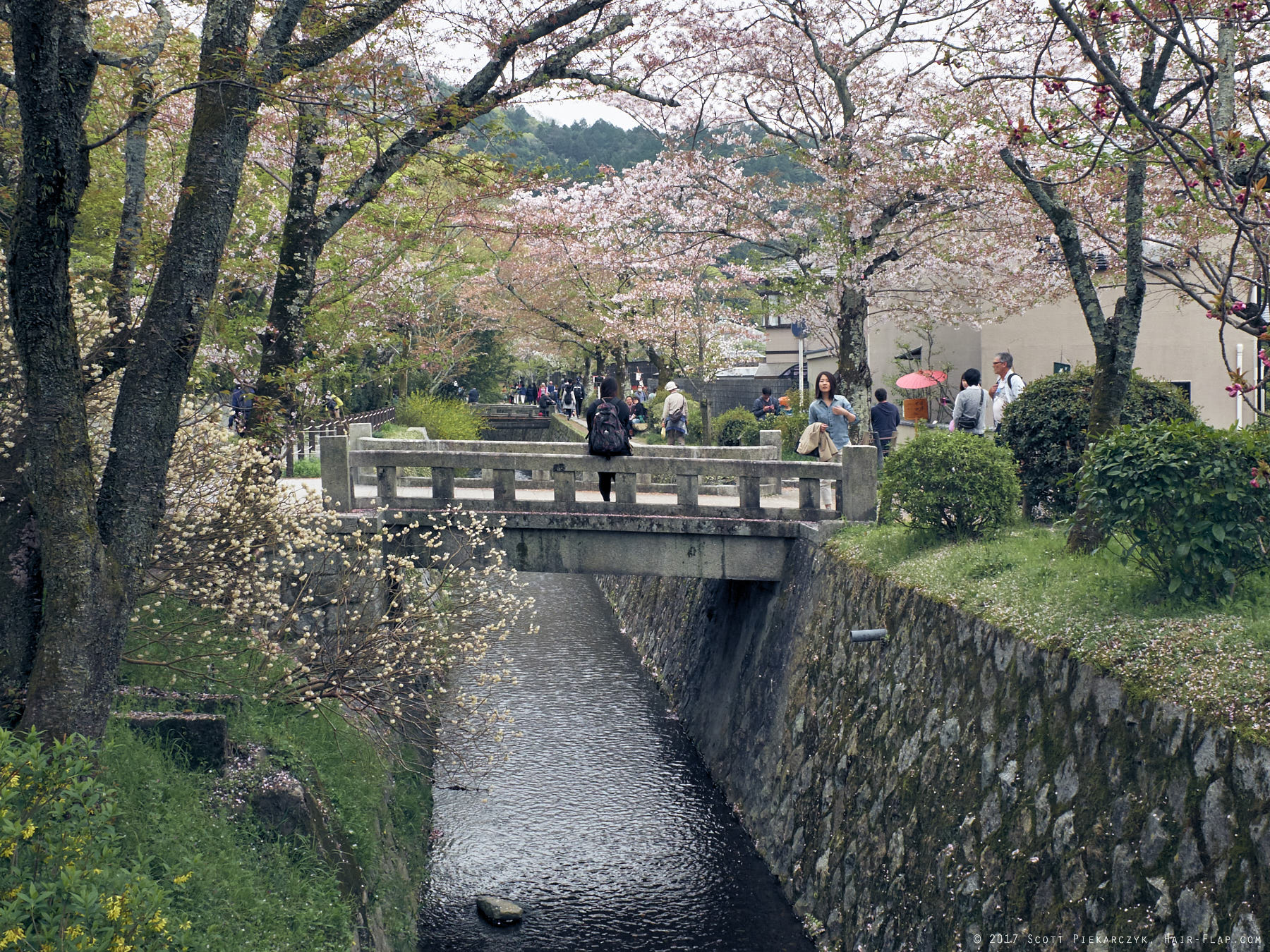 This guy was making friends with the local strays. 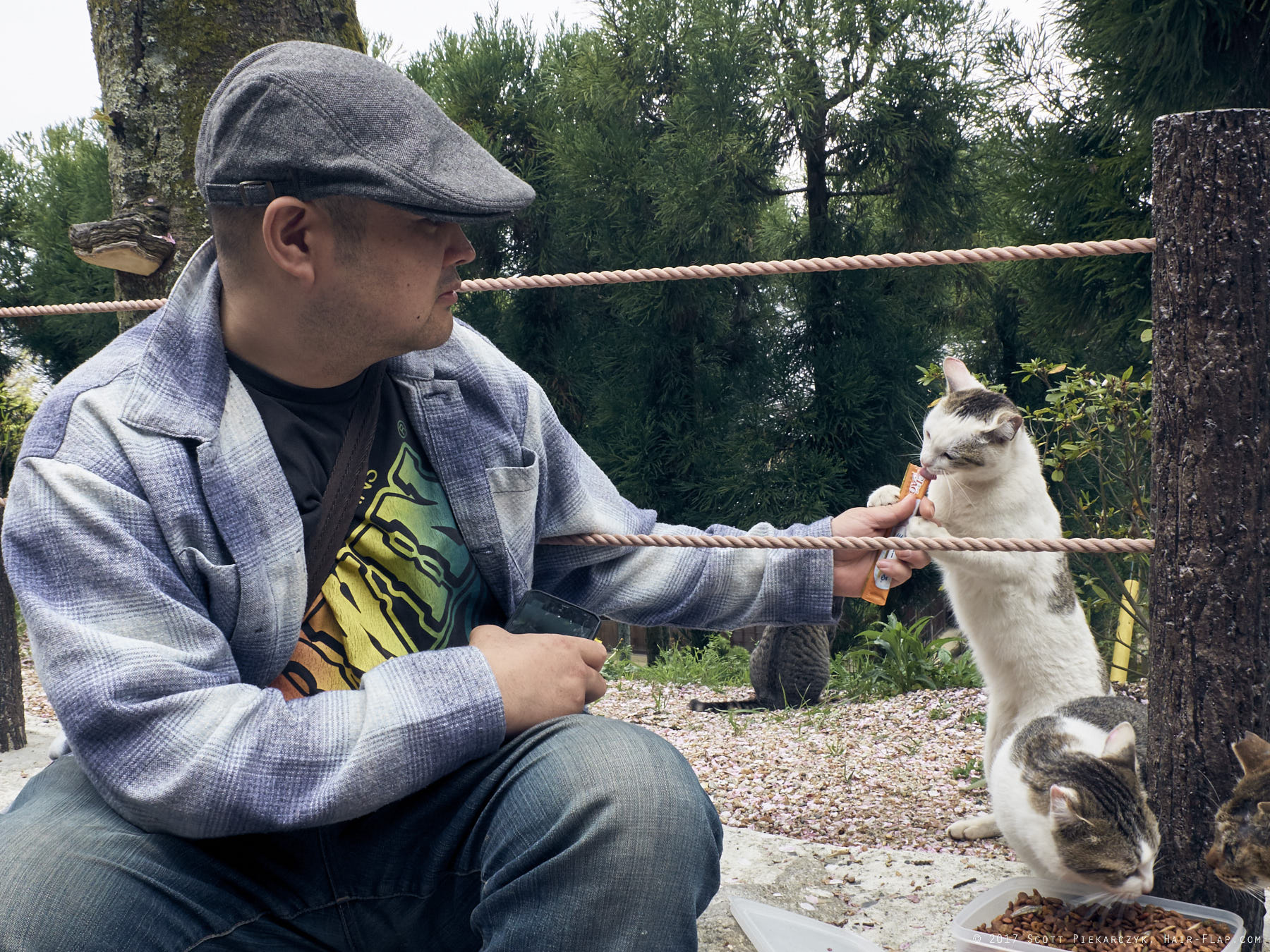 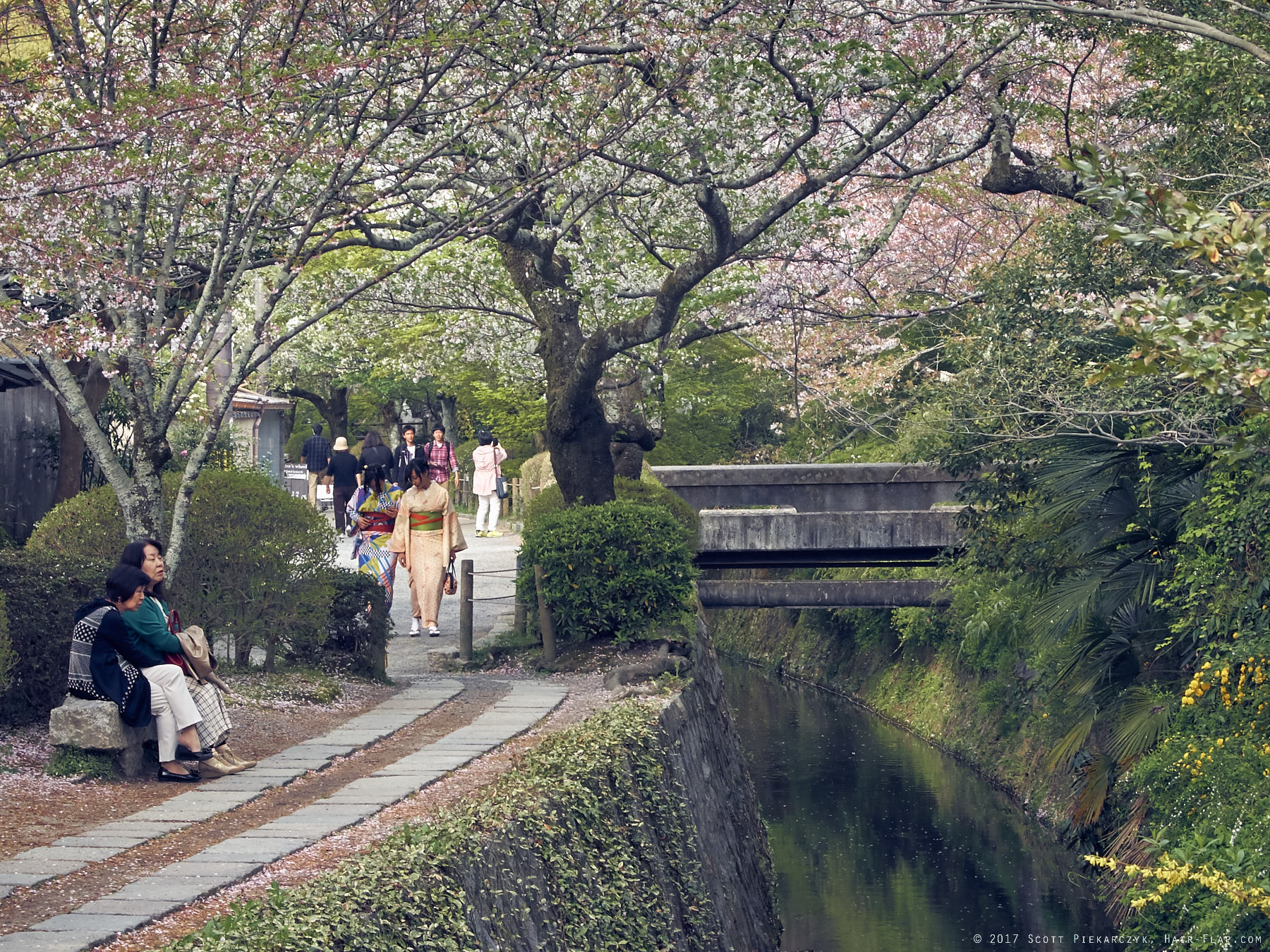 Rumor has it sakura will be in bloom this weekend so hopefully there will be some more on the way… you know, if that’s the sort of thing you’re in to.