The Mist-Shrouded Temple of Murou-Ji

Another week, another temple/shrine post. Just gonna be honest, you visit a lot of these things when you’re in Japan. It’s one of the perks of living here.

That having been said, I do admit to a bit of chronic temple/shrine fatigue. I’ve been to so many over the years that most of the time I’m just not moved by them any more. Seen four or so and you’ve seen ’em all.

What doesn’t get old though, and why I’m always up for going to another one, are the paths to get to them. There’s almost always a winding trail, or a series of usually-archaic stairs (sometimes a lot of stairs), sometimes even a bridge and it’s the appreciation of that approach to each temple or shrine that’s the unique fingerprint that makes all these places worth visiting… at least, to me. 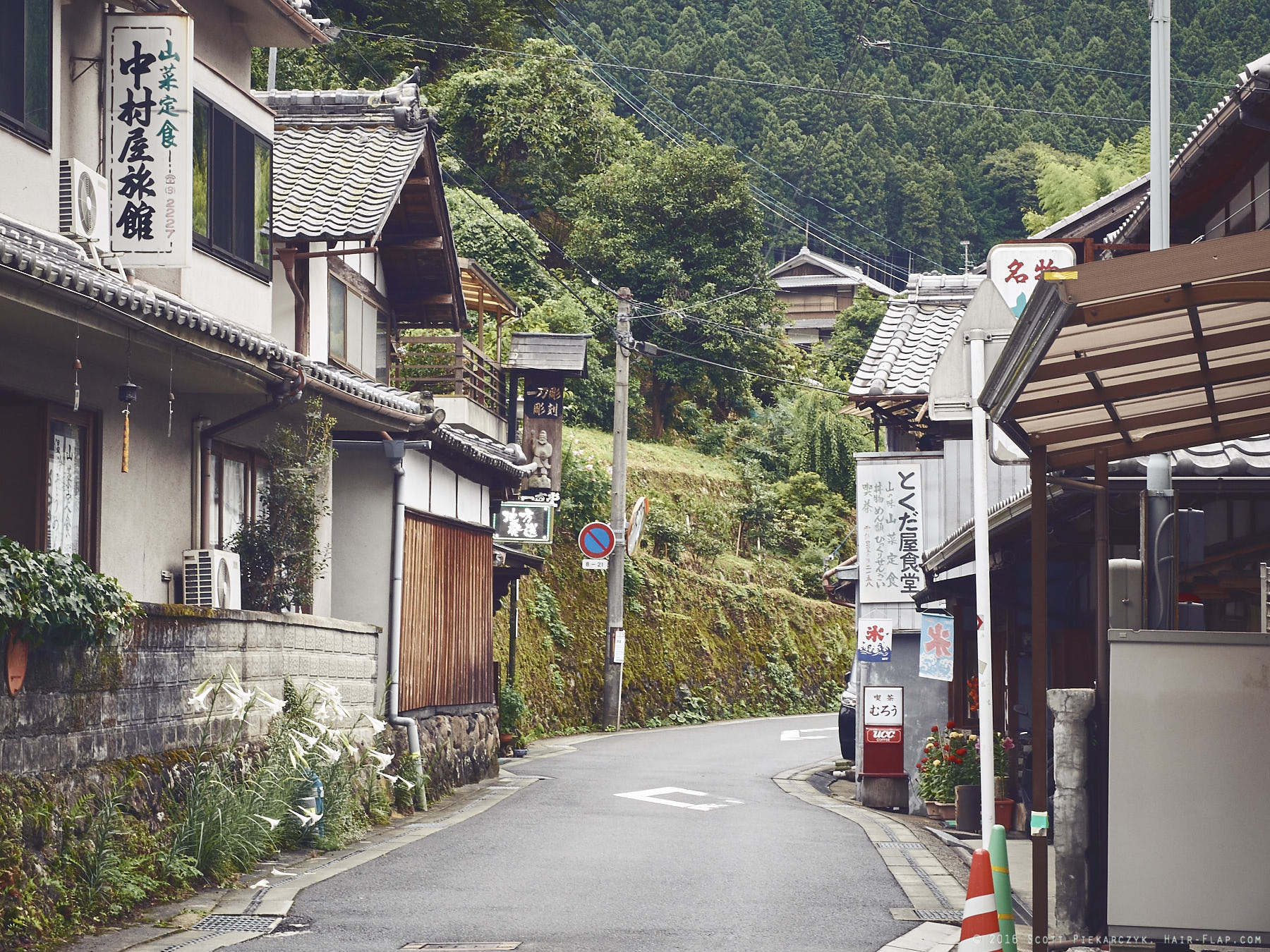 Around this time last year, one of Mary’s co-workers invited us to her neck of the woods and showed us around the town of Murou, which is home to the hillside temple for which it’s named.

The town is pretty tiny, but it’s right on a pretty river and has a few restaurants catering to temple-goers and at least one ryokan (Japanese Inn). ‘Quiet’ is the word I believe people use to describe places like this (thank you, thesaurus-chan!). 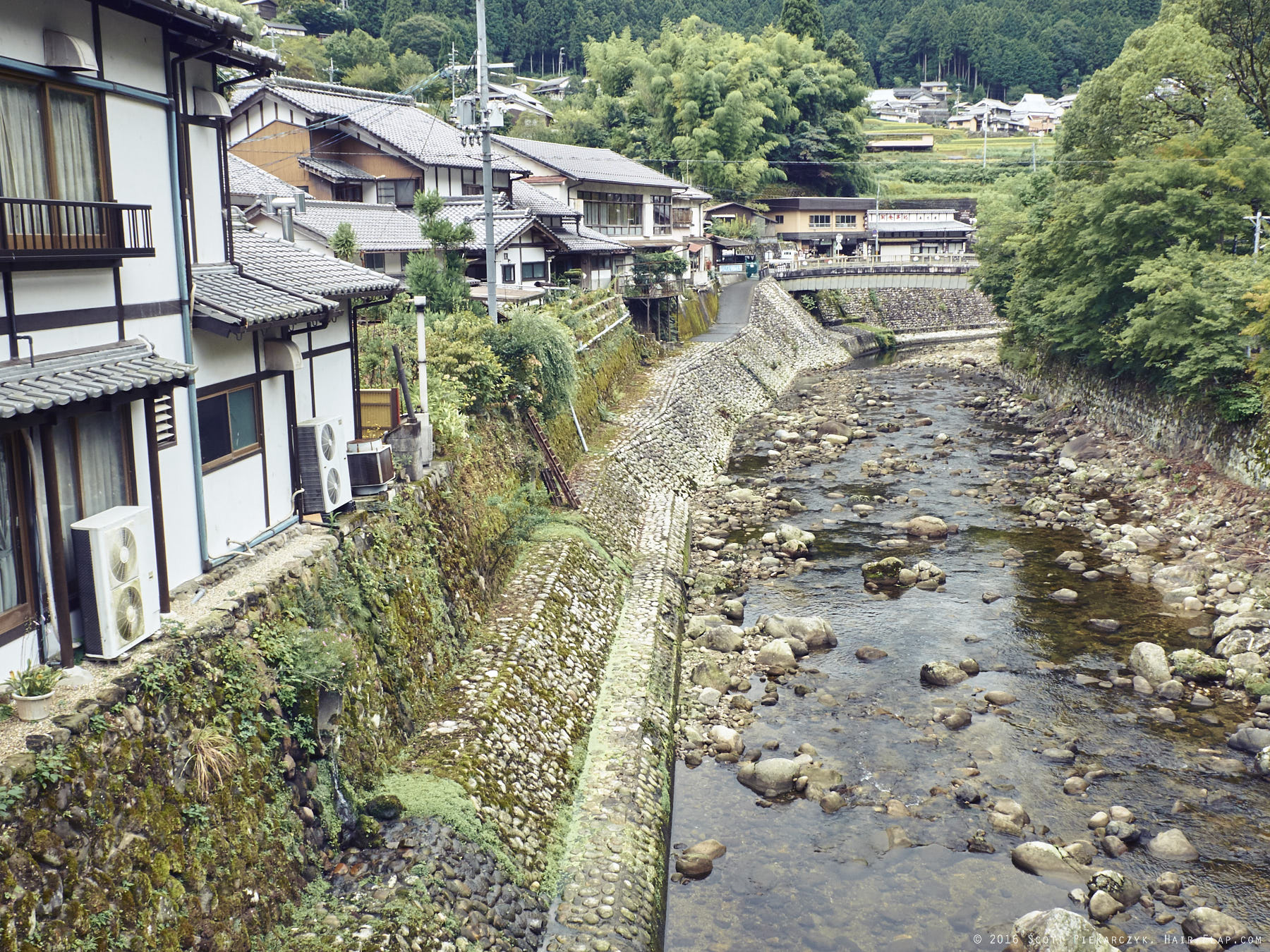 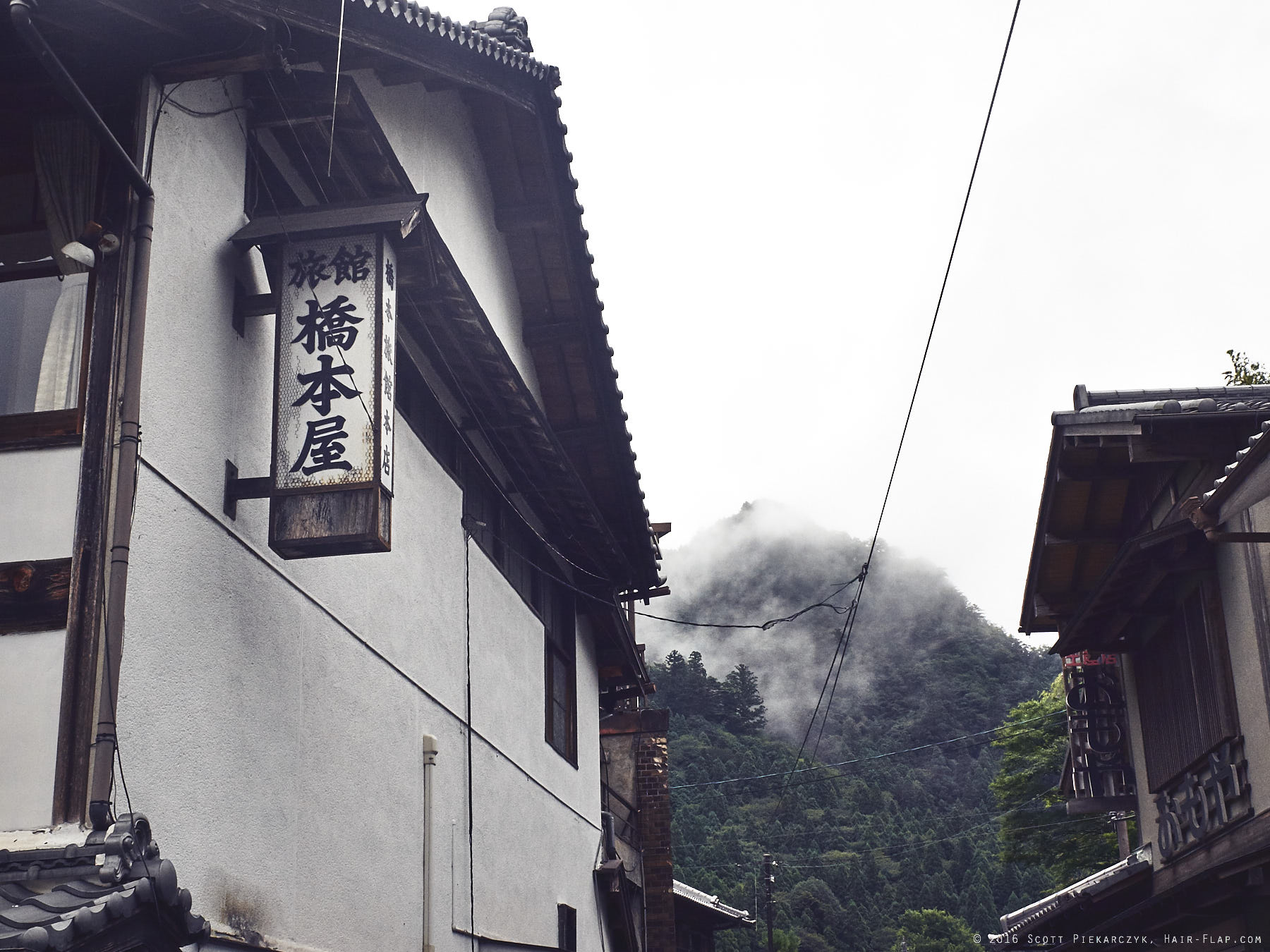 Arriving the morning is worth it just to see the fog crawling down over the mountaintops. We then crossed this awesome bridge and entered the grounds. 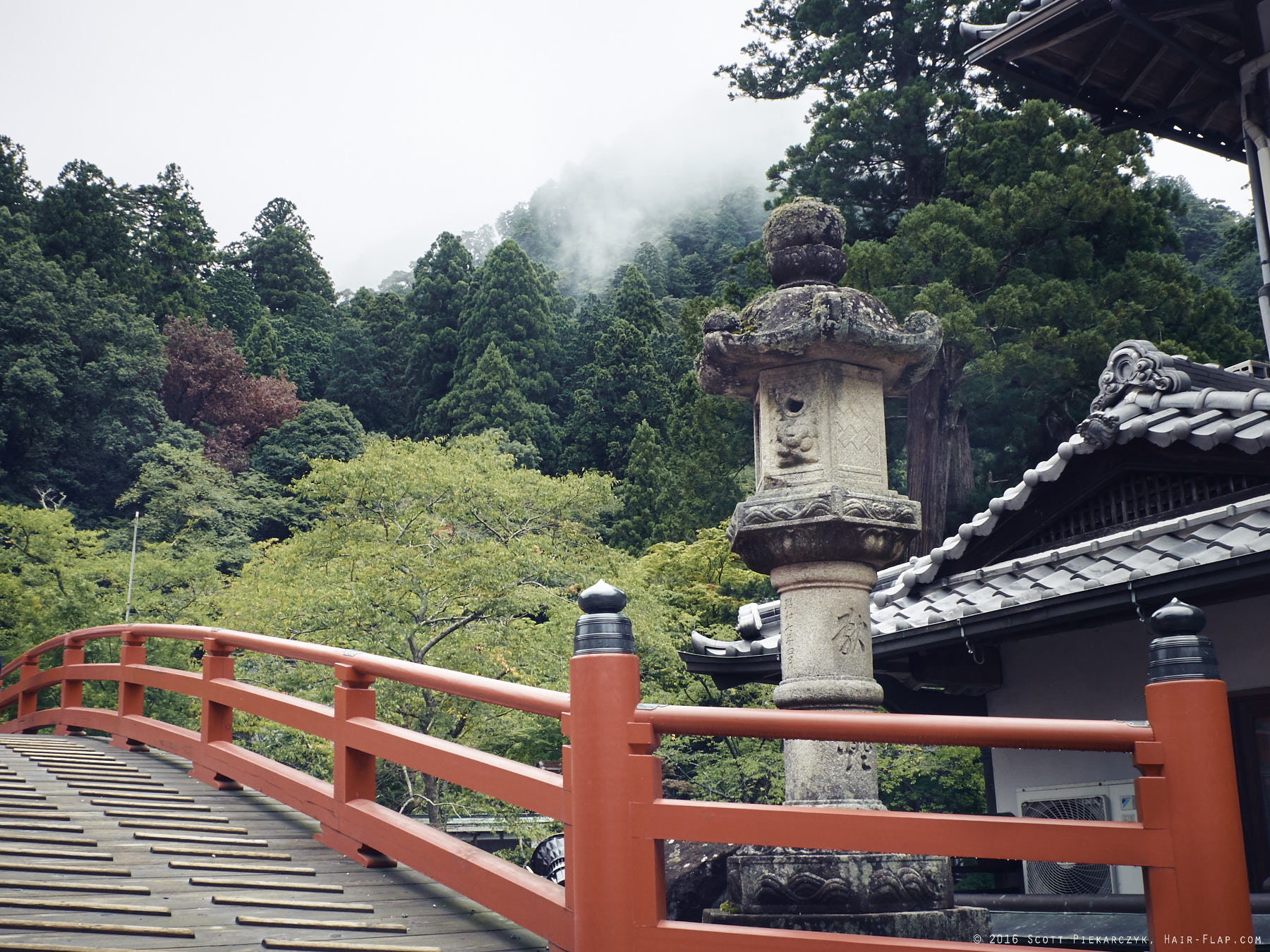 It’s not unusual to see the tied-on paper fortunes, omikuji, on temple grounds (you can see them off to the left in this next photo), but this temple also had them in folding-fan form! I’d never seen that before, but thought it was über-cool. I didn’t get a shot of it but you can see what they look like when opened here. 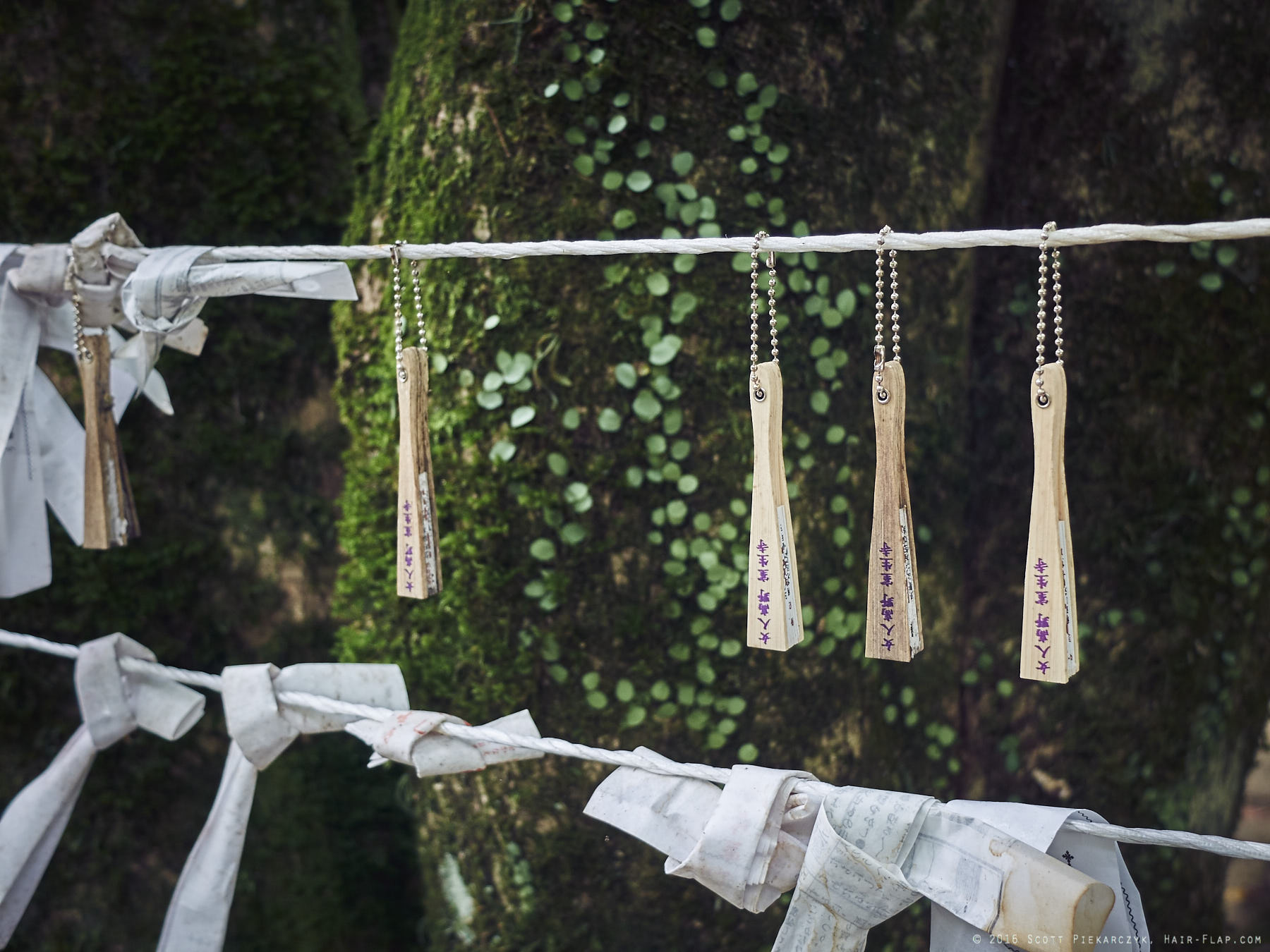 Halfway up the stairs there was a little complex of ceremonial buildings. 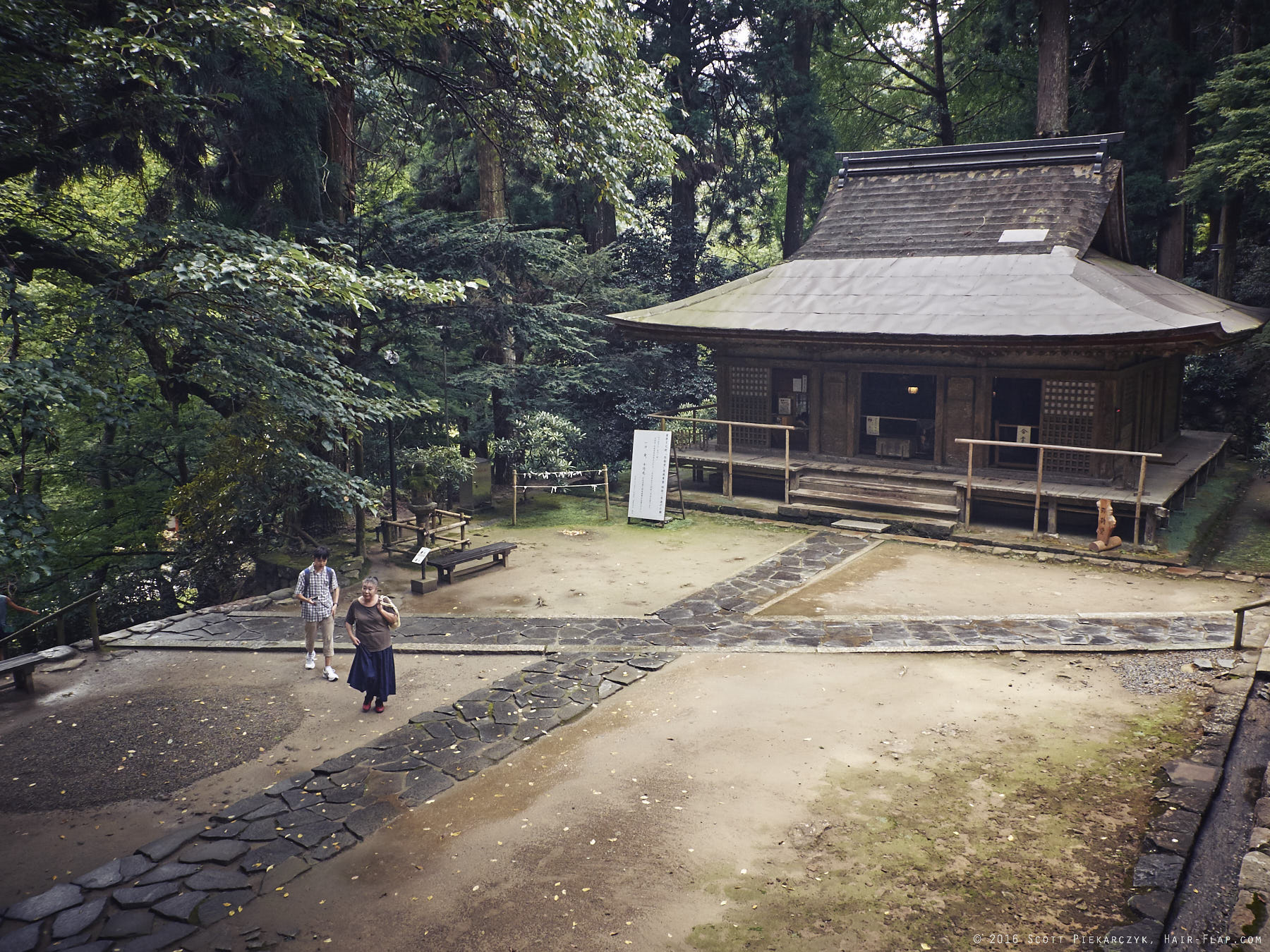 And finally up to Murou-ji itself. 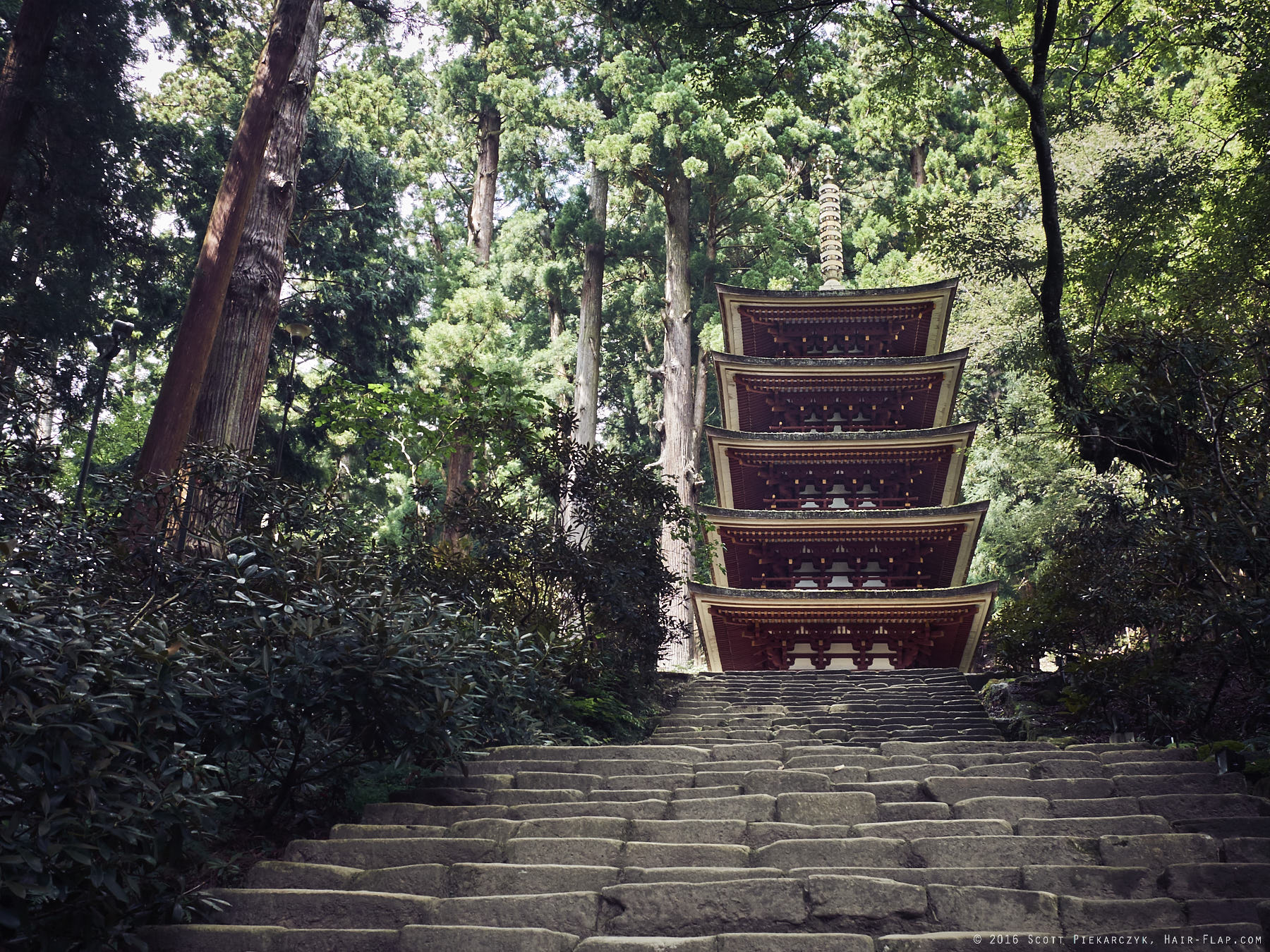 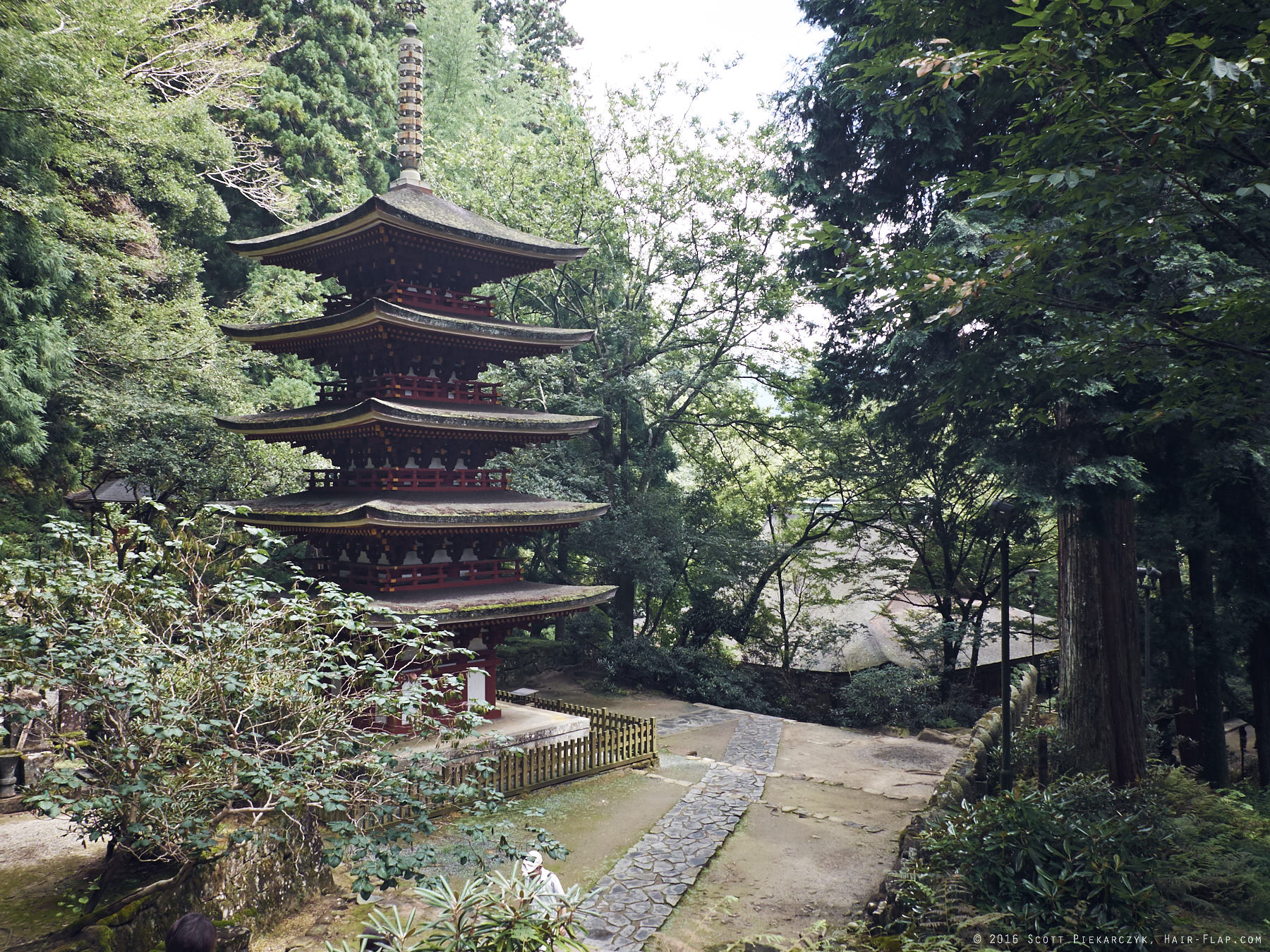 Mary coming back down with a bunch of randos. 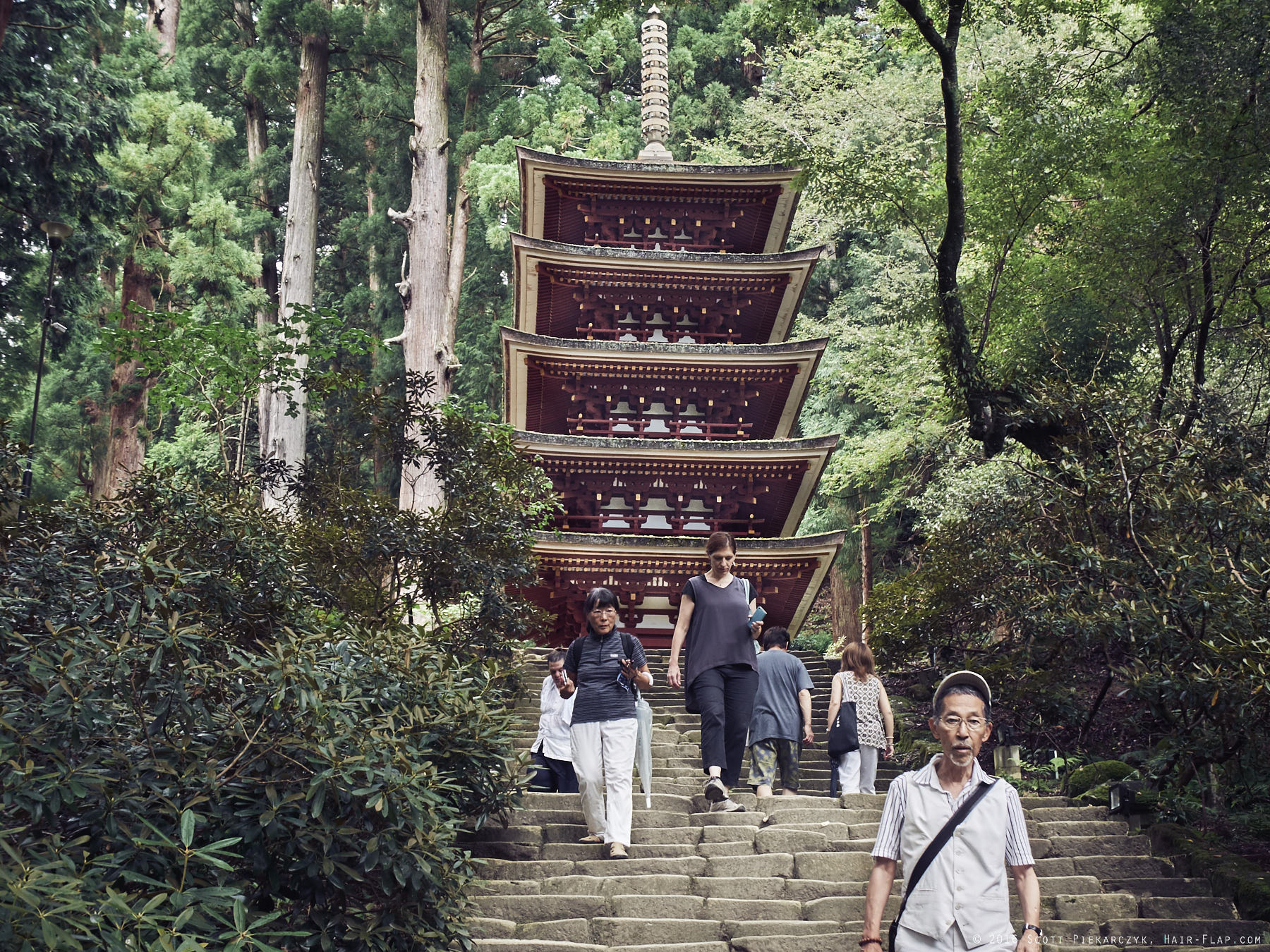 We stopped for an ice cream at one of the restaurants back in town and I couldn’t stop oogling the ceiling. I mean… LOOK AT IT! 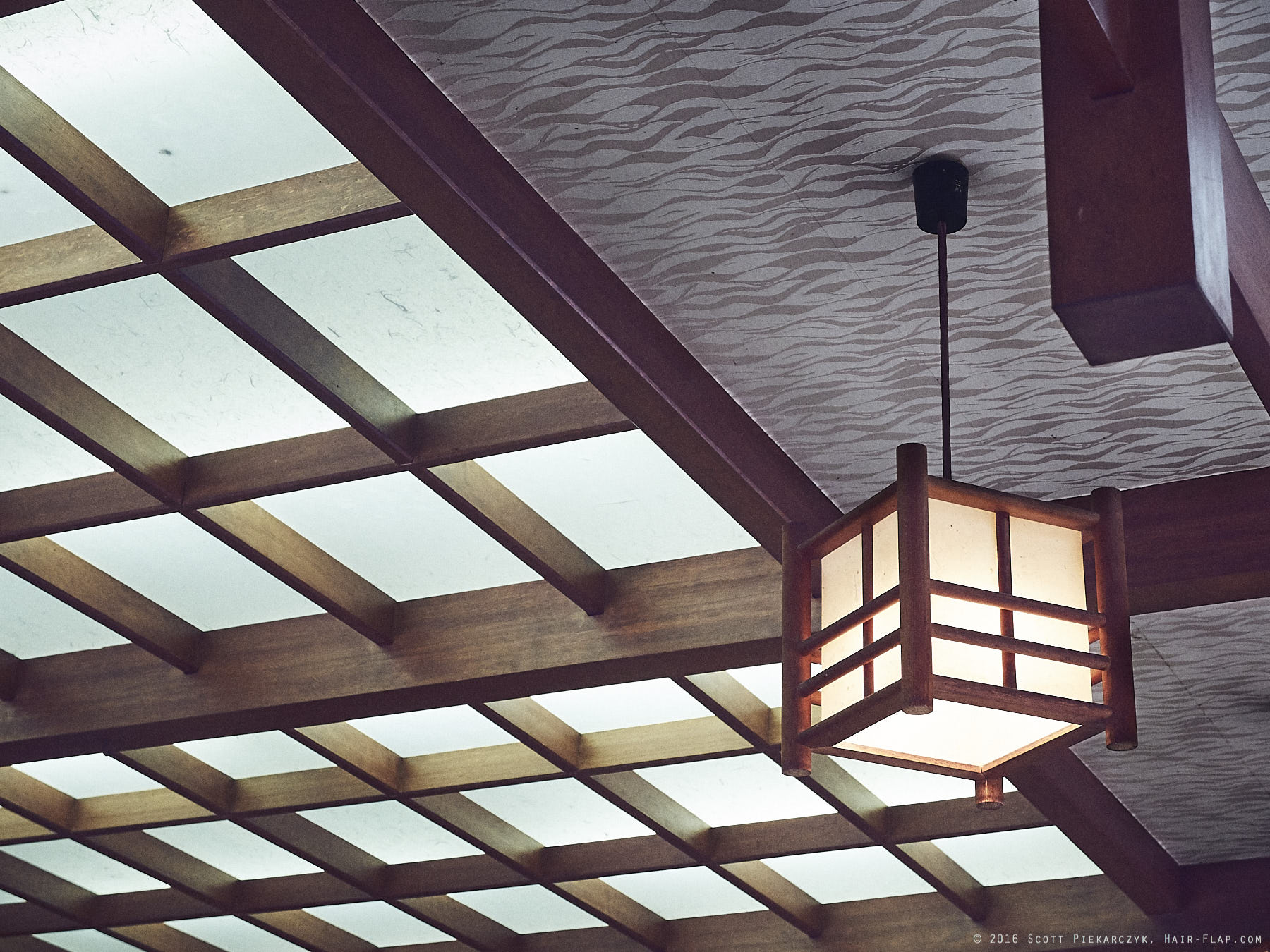 We made one more stop at another temple, Hase-dera, which was less of a hike but also super-beautiful. 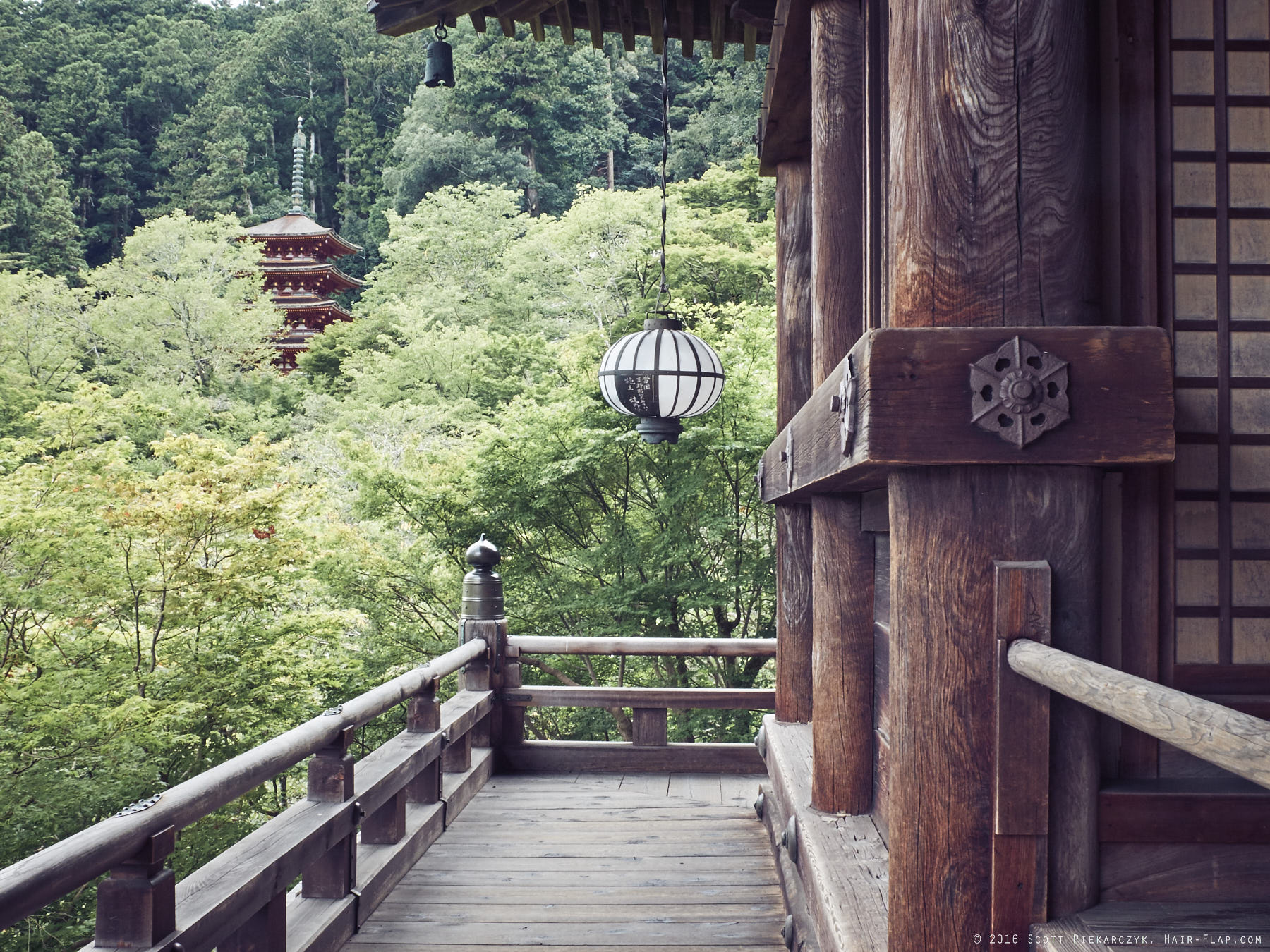 Sadly, at this point my battery was dying and this was one of the only shots I was able to get. Rest assured, it was worth the ascent.