It’s come to my attention that I keep mentioning Fletcher as if all of you know who he is, just like I did in the last post, when obviously you don’t. So let’s start by introducing, not only him, but our main cast of characters which will probably be popping up here and there throughout our adventures on this site. 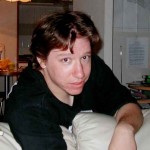 Previously, Scott lived in Portland, Oregon where he dabbled in mind-numbingly, boring customer service jobs while using his B.A. in film as a decorative place mat.

Little Known Facts: Scott was introduced to Japan by way of a Japanese video game based on a popularmanga(comic) and is pleased to have finally achieved his goal of getting paid to live out an episode of Ranma 1/2.

Quoted: “I know! I’ll start a website! It’ll be easy and fun to update it on a weekly basis!!” 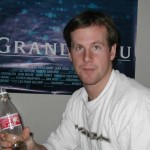 Also a Portland native, this is Fletcher’s first time to Japan. He has a second degree black belt in Economics and Accounting which doesn’t help him much when he’s being heralded by his students, and pretty much everyone in town, as a Baseball-Pitching God.

Little Known Facts: He is not, in fact, a Baseball-Pitching God.

Quoted: “[email protected]%* you, what do you mean I’m not a Baseball-Pitching God!?” 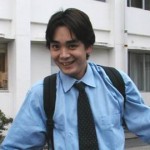 Ben is the only fluent Japanese speaker of the group, having grown up speaking it in his Maryland home with his Japanese mother and fluent father. He aspires to one day be as much of a bad-ass as Nicky Santoro.

Quoted: “You’re really pissing me off. Hand me that pen.” 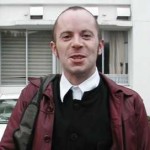 Country of Origin: Northern Ireland (Note: For God’s sake, don’t ever say he’s from the UK!!)

Quoted: “I swear, you say the words ‘out of beer’ to me again and you’re dead.”