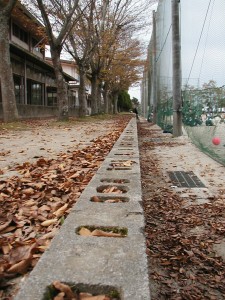 Sometimes I’m afraid I just don’t get the Japanese. At least not Japanese teachers anyway. It’s like they don’t have meetings because they are a necessary opportunity for people to touch base with each other and coordinate mutual efforts, but rather because they feel obligated to have them… whether they need them or not.

Case in point – we recently had a meeting, apparently touching on a rising problem of Leprosy in Japan (wasn’t this taken care of this a while back?), how to take steps to prevent infection and how best to advise students to do likewise. WTF??

The very next day we had our weekly 8th Grade Teacher’s meeting which covered the pressing issue of land mines left over from various wars in mid-eastern countries. The teacher heading the meeting even gave us handouts detailing various land mine designs, where each model was produced, materials used in their construction, et al. It’s hard to consider the time as wasted though, when you consider the intrinsic value of the handout we received listing all the Japanese musical artists that consider themselves ‘against’ land mines.

Honestly, if you don’t have anything relevant to cover for the day,cancel the bloody meeting!!