All right, what the hell is going on around here? I’ve been going about my life for 25 years now, proceeding under only three basic assumptions:


I’m happy to report that the first two are holding steady, but for the second time in the past year, Number 3 has been proven false. Again, I ask you – what is going on?!?

I’m referring of course to the films Dancer in the Dark and the more recent stroke of genius, Moulin Rouge. These are both movies that more or less follow the musical tradition and both are movies that I am (rather unexpectedly) completely in love with!! Well, it’s not entirely accurate to say that I love Dancer in the Dark. It’s hard to love something that rips your heart out of your chest and snaps it across it’s knee like a dry twig. Then again Björk is in it, so maybe love is the right word to use after all. 😉

And then there’s Moulin Rouge which I just saw during winter break. Where do I begin? This film is pure, inspired madness!! It’ll go from slapstick mayhem to heart-breaking tragedy in the space of two minutes, and the weird thing is that it actually works. 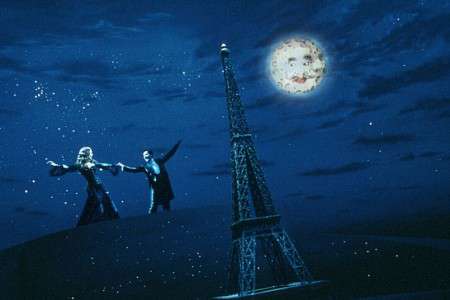 As I said it’s a musical, and to say that the music is anything less than brilliant would be an understatement. The movie takes place in Paris, 1899 yet you have masses of upper class Parisian clubgoers singing a modern dance-club version of Nirvana’s Smells Like Teen Spirit. Not to mention that both Ewan McGregor and Nicole Kidman can surprisingly (or maybe not-so-surprisingly) turn out a tune with the best of them. They both do fantastic jobs singing their hearts out, which is probably most apparent in the Elephant Love Melody scene, in which they sing back and forth to each other bits and pieces of all kinds of famous love songs which everyone is sure to have heard at one time or another. 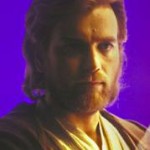 The whole scene itself is simply fantastic and I’m going so far as to say is one of the finest moments in cinema in the past 10 years. You go, Obi-Wan!!

Suffice it to say, if you haven’t seen it yet, you are hereby requested and required, by the Sovereign Empire of Scottland to run, don’t walk, to rent Moulin Rouge, turn out the lights, crank up the volume as loud as it’ll go, and watch one of the most bizarre and engrossing movies you’re likely to see in a while.

And then if you’re still not sad enough after that one, go get Dancer in the Dark. Just be sure to pick up a box of kleenex on the way home.