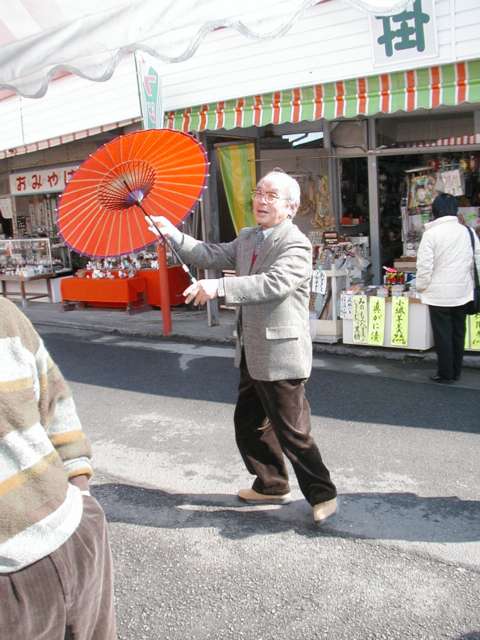 Now I don’t want to suggest that all Japanese are alcoholics, but…. oh wait, yes I do!! So this weekend was the Town Office group trip to Nagasaki. We showed up at 8:40am. The bus started moving at 9am sharp. The first beer was cracked at 9am 40 seconds. There was a glass of cognac placed in my unwitting hand at 9:14am (which I promptly did-not-drink). Still think I’m out of line with that first comment?

Okay, okay. Maybe you’re not convinced. Perhaps you would be, had you been with Fletcher and I when we we showed up for breakfast at the hotel the next morning and were immediately offered beer…with breakfast…. at 7:30am!!! It was all I could do to keep the words “What the hell is the matter with you people!?!?” from bursting out of my mouth.

Aside from the rampant alcoholism, the trip was pretty cool. Well, it got cool when we got to Nagasaki anyway. The first stop before Nagasaki was actually the very shrine I was at last weekend with my school’s teachers!! That’s what I love about the JET Programme. I get to come to faraway exotic lands and see their shrine.

Nagasaki is neat! Granted we were only in the city-proper for the day, but I was quite taken with it. It seems that very little is built on level flat land, and most of it actually lies in the surrounding hills. Very cool. We didn’t really see a whole lot of the city since we were there instead for the Chinese Lantern Festival. Me and Fletcher strolled through Chinatown, and Hirowatari-san treated us to a game of Pachinko, but that was about it. I definitely want to go back sometime when I’m not with a huge group and take my time to wander around, go to the bomb museum, and not be constantly offered beer.

I think the best part of the entire trip was when me and Fletcher went into some random souvenir shop. We were looking around for stuff to shell out to our school staff when we get back, when what should we see but a life-size CatBus!! Ooooh, Scotty was a happy camper, believe me you. For anyone who’s seen Totoro, I encourage you to enlarge the picture below. Enlarge it now!!

Sorry this post is so sparse, but I’ve been so busy lately that I haven’t had the time or energy to put much of anything together. Also, I’m sure most of you have noticed that updates don’t exactly come on a regular basis around here, so I just want to take the opportunity to remind everyone that there is a convenient mailing list you can sign up for (links are at the bottom of every page) to receive a quick message from me whenever I get around to posting an update. It might be easier than checking in every few days or whatever. Just wanted to mention it.

Because the site is no longer being regularly updated, the mailing list no longer exists and the links have been removed.

See you in a few.