My Japanese is so good!

Before we continue, can anyone tell me what this is all about? No, on second thought never mind. I don’t want to know. Ever. 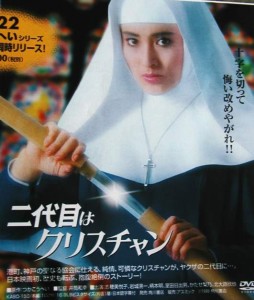 I think we can glean two important conclusions from last weeks poll asking whether or not my school’s Imoto-sensei resembled the Björk wallpaper picture. Let’s take a look at the results.

This data can be interpreted as:

1. That the majority of voters think Imoto-sensei does in fact resemble Björk.

2. That since only four people voted, most readers JUST DON’T CARE!!!

Anyhoo, no poll this week. Too much other new stuff.

So get this, I just got a call from some random lady. She’s talking pretty fast, but I thought she was asking if I was a company of some sort. I said, “No, this is a home actually.”

I asked who she was and she replied with some fast Japanese that I wasn’t able to catch, so I said, “I’m sorry?”

She then asked, “Oh, uhhhh….Is your mother there?”

“Oh, you’re an adult!?” She was very surprised.

I explained that my Japanese wasn’t that great so I didn’t understand what she said the first time.

“Wait, you’re a foreigner?” She was very surprised…again. “But your Japanese is really good! How long have you been in Japan?”

So the moral of the story is: My Japanese is good. Really good. So good in fact, that it can be mistaken for that of a moron child. Time to start hitting the books again methinks. 😛

God, I’m still trying to forget about that nun picture. I mean, really, what the hell!?!?