Last night was the last practice session of the season for the Town Office Tennis Club. Early on in my JET stay, word got around that I play tennis, so of course it wasn’t long before the Tennis Club approached me and asked me if I’d like to join and practice and run drills with them every week in preparation for… well, nothing, seeing as we never have tournaments or meets or anything. Just playing, which is cool. It’s actually pretty fun providing that a specific one or two people show up to the practices. I mention these two people because they’re the only ones that un-suck enough to actually cause me to run while playing. Everybody else is really nice and fun to be with……. which means they suck and should not be let anywhere near a racquet much less be allowed to play on a court.

Okay, that was mean. I’m misdirecting my aggravation on these nice people, diverting us from tackling the real issue. The real issue is that, regardless of who I’m playing with, I can’t help but constantly dream of once again playing on a court surface that doesn’t…..how shall we say… ‘suck ass’? Yes, I’m going to burst some bubbles and come clean; tennis in Japan (or at least in the Kyushu area) sucks the afore mentioned proverbial ‘ass’.

But why, Scott?! What could possibly make tennis in Japan suck so much of this ‘ass’ that you speak of? I’ll tell you, fair reader. It can be summed up in on simple and annoying word: Sand. 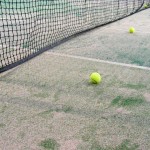 For reasons I cannot fathom, the preferred court surface in Japan is not hard, grass, nor even clay. No, here in Japan it’s the Fake-Grass-Doused-Under-A-Treacherous-Layer-Of-Sand Court that seems to be the status-quo. You can kind of see by the picture here, that’s it’s exactly what I’m telling you it is. It’s some kind of cheap Astroturf that is (supposedly) reinforced by the sand it’s covered in. (Interesting Fact: I tried to adjust the color in this photo so that the court would appear more green, but I couldn’t make it any greener than that because there’s too much sand on it!!)

Now, it needs to be mentioned that this isn’t as much an attack on Japan as it is on the concept of this type of court. I actually tracked down a company that makes these Courts o’ Evil™ and it’s a U.S. company, so the blame ultimately lies with them; Though the Japanese are only exasperating the problem by endorsing the technology so widely. (Sadly, I can’t find the link to the company off-hand and it’s late so I’m not going to look right now.) Anyway, according to the bit of bullshit propaganda I had found from the company site, the court is designed this way so that it reduces impact stress on the body, by making a more absorbent surface. Kind of like the concept behind Nike Air shoes, except in this case it’s retarded!!

Well yeah, it may in fact lower impact stress that a hard court would cause on my knees. However, the fact that I’m playing on fake, plastic grass (which is slippery to begin with), compounded by the fact that there’s also this shitty sand all over the place (which causes everyone to slip, slide, fall, have false starts and generally worry more about staying on two feet than playing the damn game) now instead increases trauma by first causing you to fall and then scraping away any traces of that beloved epidermis right off of those precious knees that the court is supposedly so concerned about. If I hadn’t mentioned it, you’re playing on sand, which is poured over a hard surface. Imagine diving for a ball and grinding to a halt on sandpaper; you get an idea of how much fun it is. Nice job, jackasses; You solved one problem and created about 10 billion* in the process.

Let’s go through this, point by point and see just how much of this is just me ranting again and how much is true.

1. Lower impact stress on knees and feet from running.

2. Tons of loose sand on the court flies up when a ball bounces, making it easy to judge if a ball was in or out.

3. Different ball bounce, perhaps simulating that of clay or grass (this is borderline advantage since I see little benefit to ‘simulating’ either of those unique surfaces, much less creating a hybrid simulation of the two.)

Uhhhhh, yeah, that’s about it.

1. Tons of loose sand on the court increases overall body stress from falls, scrapes and joint/muscle hyper extension due to unpredictable loss of traction.

2. Non-durable fake grass wears out creating bare spots on the court that won’t grow back as real grass would, increasing maintenance costs that must be passed on to the player in the form of hourly fees.

3. Tons of loose sand on the court gets washed/blown/swept away and must be replaced, increasing maintenance costs that must be passed on to the player in the form of hourly fees.

4. Tons of loose sand on the court has to be swept back into a uniform distribution after each party uses a court, wasting time (that the players are paying for, remember) that could be spent playing.

5. Creates a nonstandard playing surface (i.e. not like surfaces found in tournament play, such as hard, grass, clay, etc.) that would be of little use to any player in serious training.

I’m sure there’s more. If you can think of any more arguments for or against this CrapCourt™ technology, please mail me. I’d be interested to see what others think about this.

I guess what it really comes down to is that it sucks that there are no free public courts (that I’ve seen anyway) and that leaves the only option as having to pay for something that is more expensive, yet inferior in every way to all the other alternatives. And now that I’ve stepped onto my virtual soap box and gotten this off my chest, let’s move on.

Since we’re on the topic of tennis, some of you probably recall that not too long ago, I posted the definitive list of the Top 5 Coolest Dreamcast Games Ever. I wish to make the merest of amendments, which I will accomplish without sacrificing any credibility by going back on my previous decisions.

I had previously stated that the No. 1 coolest game ever was Virtua Tennis. This was partially correct. What I hadn’t yet realized at that point is that Virtua Tennis 2K2 (a.k.a. Power Smash 2 here in Japan) is quite possibly the most amazing game I’ve ever played, tennis-based or otherwise.

You don’t even understand how amazing this game is. All props to Sega Sports for creating a game sequel that makes it’s predecessor look like a late Alpha version of what it was supposed to be. Almost all of the things that fell through the cracks on the first Virtua Tennis have been filled in beautifully.

The gameplay is much better and actually a little harder, but in that good way. It feels like you have much more control over where you’re putting the ball and unlike the first game, you can hit some wicked crosscourt shots (much to Fletcher’s chagrin).

In addition, when serving, you can hit it flat, which was your only option in the first game, OR you can also hit the X or B button and kick some serious spin into the serves now. I mean, the shit curves in the air when you hit it. Fucking beautiful. (You can tell how cool it is by how much I’m cussing. Sorry, Mom & Dad.) 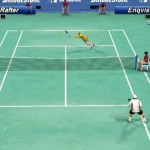 One of the things I’m most grateful for is the improvement in the dives when your player leaps for the ball and lands on his sorry face (you can bet he’s glad there isn’t virtual sand on virtual fake grass to scrape him all up). The dives don’t occur nearly as frequently and when they do it doesn’t take as long to get up and get ready for the next shot. That’s good, because that was something that really pissed me off in the first game.

There’s all kinds of little things that are fun to play with now too, such as being able to create the look of your player by defining facial features, skin tones, hair style and color, et al. I actually managed to get my player to look eerily like me. It actually creeps me out a little. 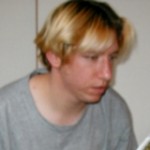 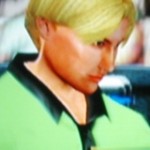 Sadly, they did ditch a few little things to make space for all the improvements. The realistic touch of the announcer speaking in the local language of wherever you happened to be playing is sadly gone and unfortunately the replay camera still sucks. I mean, every other sporting game in the world has figured out that people want to be able to control both the playback angle and speed so they can see exactly how their video avatars crushed the soul of their closest friends as they slam a little bit o’ Overhead-Smash Death right past their Sissy Backhand. But for some reason we’re still stuck with the camera that seems to be controlled by the operator who’s had a little too much bourbon in his bourbon.

Little gripes like these notwithstanding, it’s safe to say that if you’ve ever enjoyed playing tennis, and especially if you’ve enjoyed playing video game tennis, you need this game about as much as you need air. This game is a reason to buy a Dreamcast. Some people tell me the Dreamcast is dead. I reply by asking them which lameass tennis game their playing on their “next generation” console, Climax Tennis or Slam Tennis. It doesn’t really matter how they answer, I’ve already won the argument.