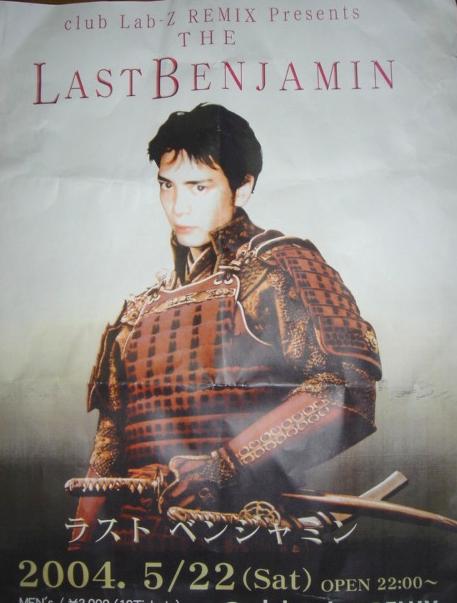 I called in on Friday and arranged to have my satellite TV turned off as of the first of the month. That means Monday was the last day I watch Simpsons in Japan. Yes, my friends, the end is drawing near. The world is changed. I feel it in the water, I feel it in the earth, I smell it in the air. Much that once was is now lost, for none now live that remember it. It began with the forging of the great rings. Three were given to the elves, w… ahem

Sorry, got a little sidetracked there.

The fact that there’s a mere two months left in Japan and that the End is drawing nigh for me and most of my friends is no longer creeping to the forefront of our minds, it’s firmly entrenched and has started forging a mighty dam that could hold back even the mighty Mississippi… which surprises me, because I always thought the End would shy away from maritime ventures, instead choosing to fashion a tree-borne nest, or perhaps some kind of makeshift lean-to like I learned to make in Outdoor School. That crazy End, it always keeps ya guessing!

Last Saturday, me and Kiwi went out for drinks and then went to the infamous Lab-Z, one of the usual haunts of our crew for the past two years or so. It underscored the coming of the end yet again as it was the last night of our friend and bartender Ben. Even when we were on ground level of the building, the elevator doors were plastered with Lab-Z adverts for the event of that evening, “The Last Benjamin” complete with Last Samurai poster, photoshopped to replace Tom Cruise’s head with Ben’s. (And done pretty well too. I burst out laughing when I saw it cause it looked so good. ^_^ )

The whole evening was just great, at least I remember it being great. Me and Kiwi were already fairly toasty after downing drink after drink talking about New Zealand, what we were going to be doing after JET and debating wether the person at the end of the bar talking to the cute girl was her boyfriend or her sister (Seriously! It was hard to tell, and the jury is still out).

Anyhow, Ben’s last night had drawn all kinds of foreigners to Lab, it was perhaps the largest non-Japanese group I’ve ever seen there. We had a booth next to the bar reserved just for us, something that never happens, as it’s usually reserved for VIPs (i.e. skanky hoes, as I hear the kids these days refer to them). While standing at the bar, rapping with Ben and some of our friends, in rolls Soushi, who greets me with a hearty handshake and asks how I’m doing. Soushi, btw, is the owner and DJ extroidonaire of this joint. So as I’m sitting there, next to our private booth, getting a free drink from my bartender friend and shooting the shit with the owner/DJ of the place, it just hits me how good life here really is (despite the futility of the job 😛 ) and how much I’m going to miss it when I go back. Rock star lifestyle on the weekends Versus starving artist with lame dayjob every day of the week; Which would you choose?