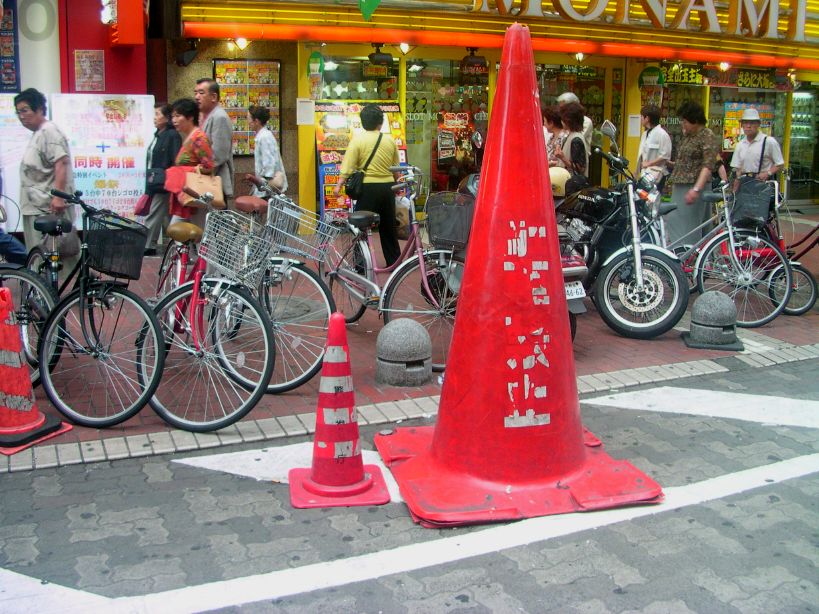 Well, I’m moving into the second week of being back in the States and re-Patriotization(sp?) continues unabated. The only snag came a couple of days after getting back when I was brutally blindsided by some American super-sickness that my body has apparently forgotten how to combat, so unfortunately I spent most of last week in bed, hurrah. I’m finally better now though and getting out little by little, hopefully moreso now that I have a valid driver’s license again. I’m slowly rediscovering what dicks Americans are. Jesus, the guy at DMV seemed downright offended that I was abroad and let my license expire. Golly, sorry ’bout that, guy, didn’t mean to have a life outside DMV. Yeesh.

Anyway, as promised, I intend to catch up on what was happening Japan-side the last few weeks before I left. As I mentioned, while in Tokyo I took over 400 photos and have finally prepped them for online consumption. It’s officially the biggest photo-post I’ve ever done on the site at 65 pics. I’ve developed a definite bond with Tokyo during the time I was in Japan, I don’t know that I can describe it exactly. I guess that’s what the pcitures are for.

Enjoy and I’ll be back when internet availability permits.

A couple days after rolling into town, I headed to my personal Mecca, the Studio Ghibli museum, Mitaka no Mori, shrine to the works of Hayao Miyzaki (and his collegues). It was more than worth the trip and highly reccomended to even casual fans of his work who happen to find themselves in Tokyo.

Unfortunately, they don’t allow photography inside the building so I only have a few exterior shots. 🙁

And now the rest!

Ahhhh, Photostitch makes multi-shot panoramas so very easy to construct. (Little distortion in some of the buildings, but what are ya gonna do?)