Ah, Here’s Japan. Right Where I Left It… 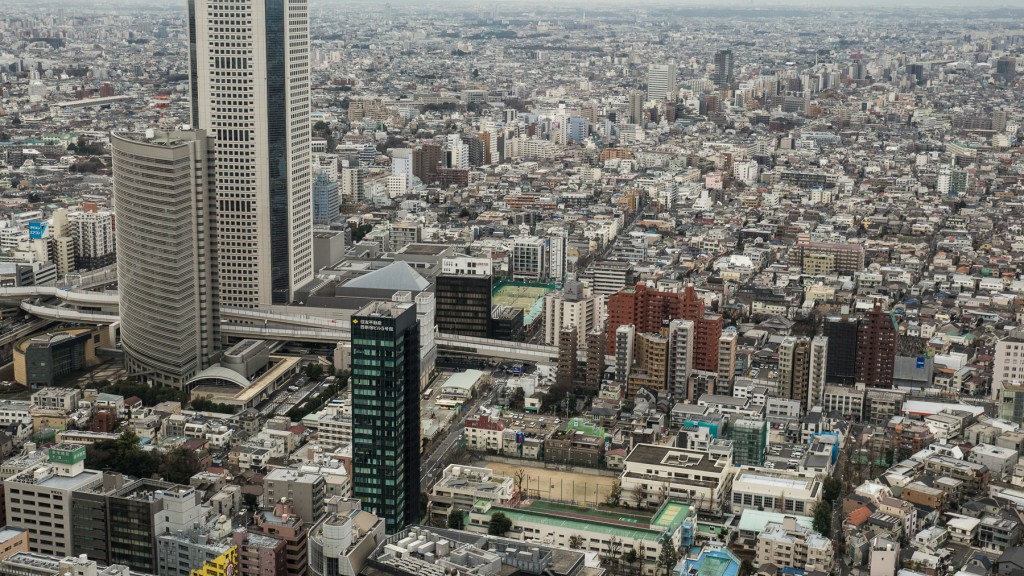 Looking West from the Observation Deck of the Tokyo Metropolitan Building.

Wow. Does it ever feel good to be back.

Those who know me are probably already aware, but at the beginning of May, my wife Mary and I moved to Japan as part of her job. Three thoughts have been in my head a lot lately:

Even from the beginning of this latest adventure, when we knew we’d eventually be heading back to Japan, one of my first thoughts was this blog. It’s been sitting idle for just over 10 years, since I first came back to the US from Fukuoka. I’d never quite ‘finished’ it to my satisfaction but I could never really bring myself to come back. It was always a tad too bittersweet to revisit this particular, otherwise fantastic, time of my life. 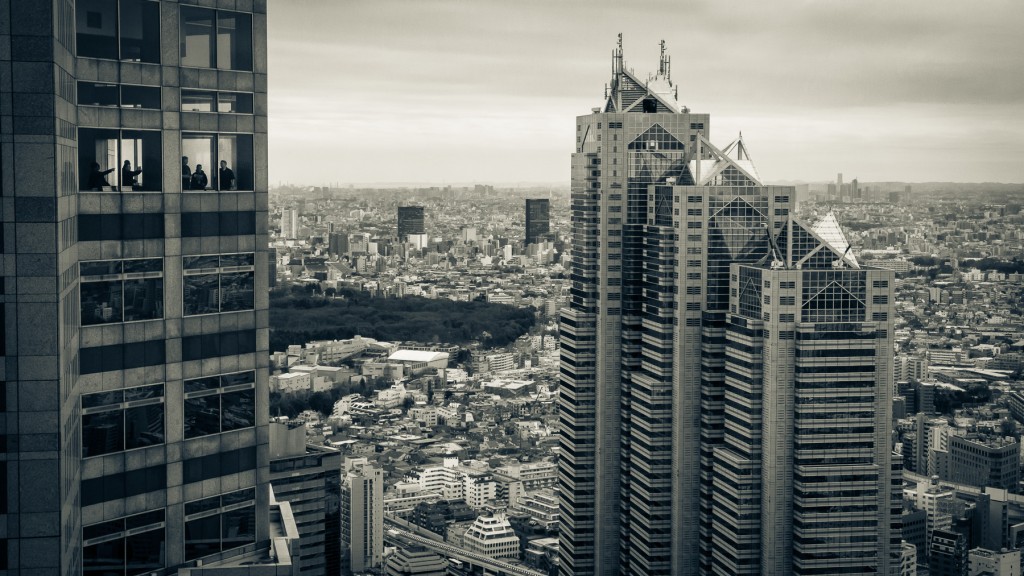 People in the adjacent observation deck in the Tokyo Metropolitan Government building checking out the 3-tiered Shinjuku Park Tower (one of my faves).

You see, I didn’t really want to leave the last time. I begrudgingly came back pursing a path that didn’t quite pan out and when it didn’t, I got bitter at myself. How could I have been so dumb? I don’t have an ‘In’ in Japan any more, how will I ever get back? Should I even go back? For years I was down on myself for having made that mistake.

I’m kind of an idiot though.

You see, soon after I made that rueful mistake, I made an awful lot of amazing new friends. I got back in touch with some old friends. And eventually I reconnected with other, even older friends that I hadn’t seen for more than 10 years. I met the gal who would eventually become my wife, but nothing would come of it just yet. Then I’d meet her again a year later, at which point we’d hit it off for good.

All that time, there were always ups and downs, but things never got too bad. Whenever I thought back to leaving Japan though, that, that was always one in the ‘down’ column. I couldn’t think about Japan too much or I’d feel that regret creeping in again. I tried to keep my language studies up for a time, but eventually even that made me sad. “Why am I bothering, as if I’ll ever get a chance to use it again.” 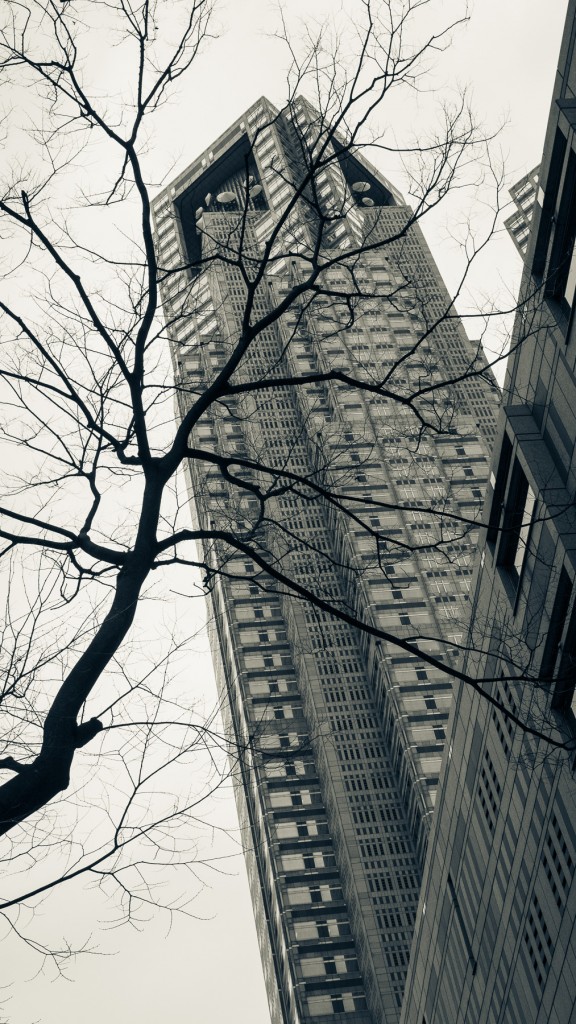 But that was all part of a long, 10-year lesson that slowly dawned on me over the past year or so. As we prepared for the move and I reflected on how the experience would be different this time (this will be the third time I’ve lived in Japan, and each time it’s a little different) and how I’ll be different this time. This particular Scott is certainly a bit different than the one here last go around.

But I’ll tell you one thing. As I’m coming back to this wonderful place, I’m doing so without that baggage of regret. And it’s not simply because I’ve managed to get here again after all this time, because make no mistake, I’ve done nothing to deserve it. That will come later. 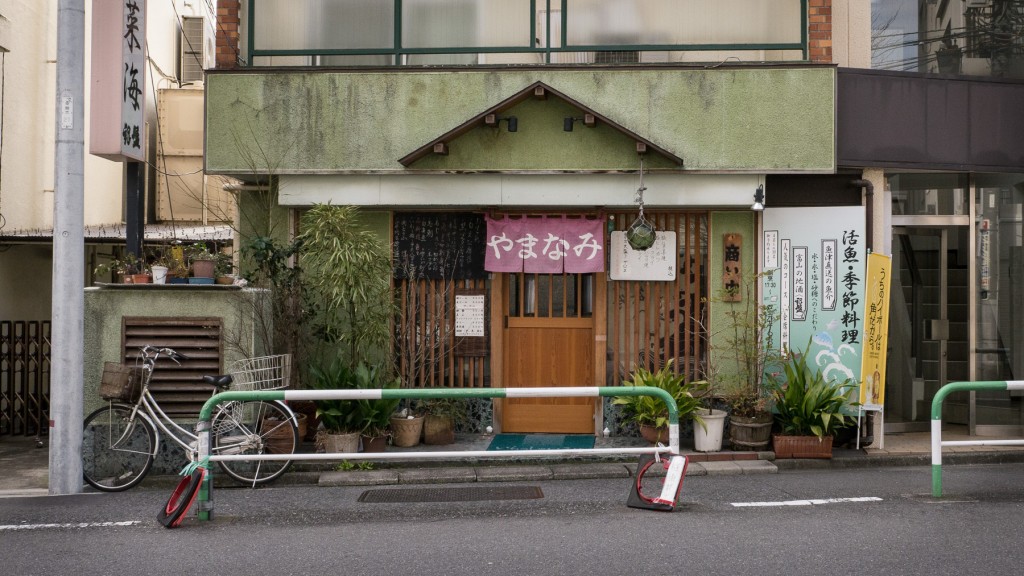 Cute little restaurant down the street from our aparment. Haven’t eaten there yet but totally intend to.

You see, I no longer consider leaving the last time a mistake. I had to go back to the US after all. I had to make those new friends. I had to reconnect with the old ones. I had to pick up my wife, who would be the one, in perfect poetic justice, to bring me along with her back to Japan.

And now I’m back, with more amazing people in my life than ever before and with whom I’m eager to share some funny stories and pretty pictures.

As you can see, I eventually remembered my login info for Hair Flap.  Let’s do this, friends.

0 0 votes
Article Rating
Subscribe
Login
6 Comments
Oldest
Newest Most Voted
Inline Feedbacks
View all comments
This website uses cookies to improve the living hell out of your experience on this site. We'll assume you're OK with this, but you can opt-out if you wish. Read More Accept Reject
Privacy & Cookies Policy