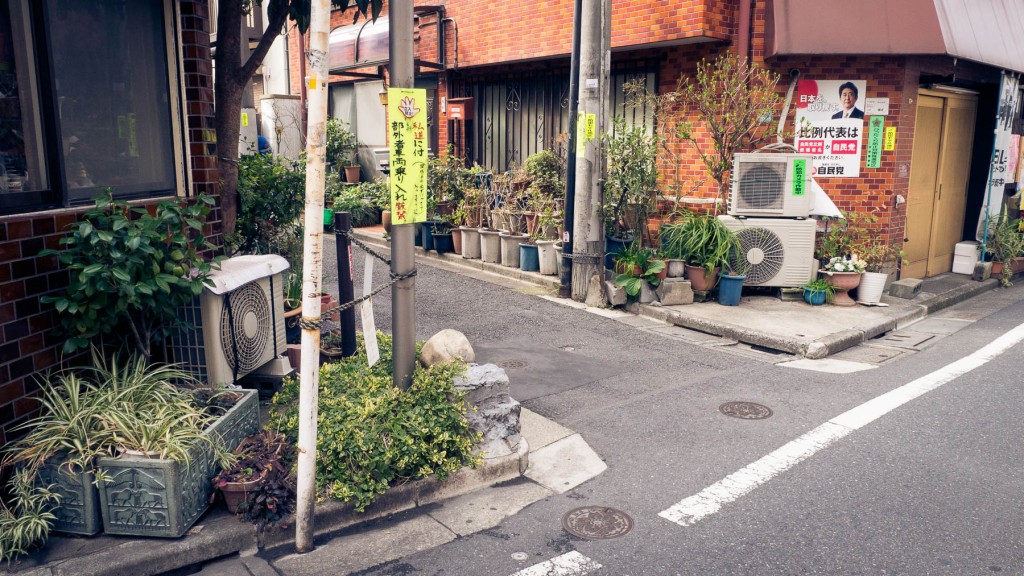 Tokyo is effin big… yo. Interesting tidbit, of the 47 prefectures in Japan, Tokyo is unique in that it’s the only one that’s called a ‘Municipal Prefecture.’ Basically that means it’s so goddamn big that they were like, “Screw it, there’s no more room for anything else, the city is the prefecture.” I suspect there was more to it than that at the time but that’s certainly the feel I get from it now. 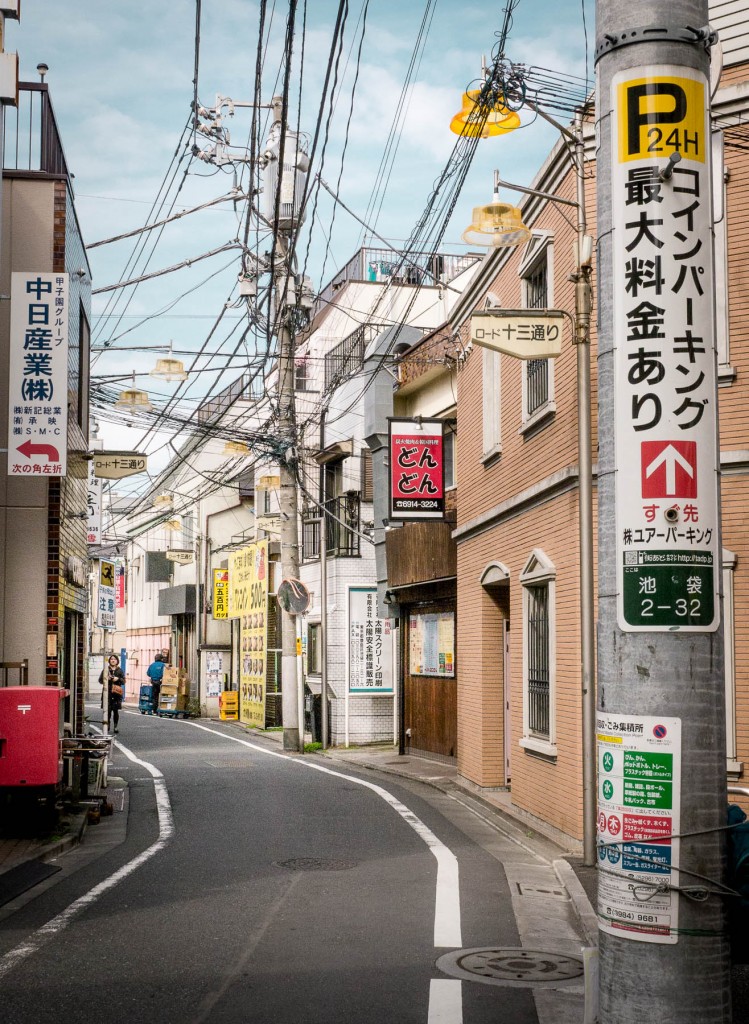 It also happens to be where our temporary apartment is located, down off a sleepy side street that is so quiet you could be forgiven for completely forgetting that you’re smack dab in the middle of the most populated metropolitan area in the world and not some sleepy little town in the countryside. And yet, we’re still less than a 10-minute walk from the huge shopping and entertainment hub of the train station. There are so many restaurants around here, good restaurants, that if we eat at the same place twice we generally consider that we failed.

Anyway, here’s a few photos from the immediate vicinity of our temporary home. 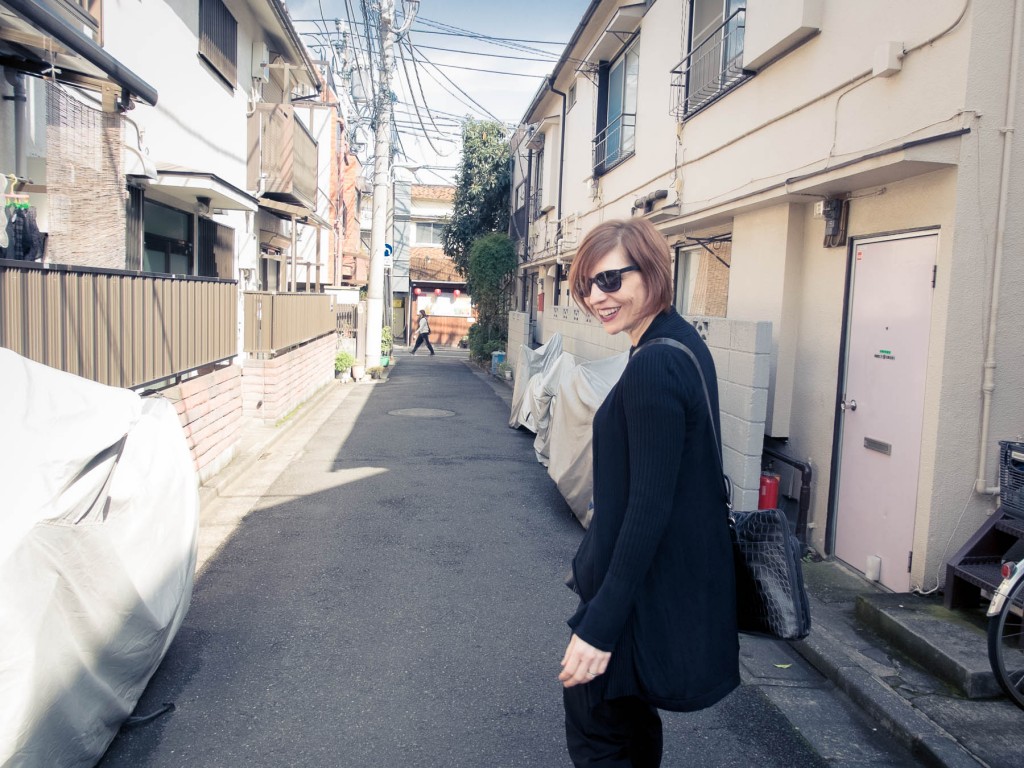 Walking with Mary to the station as she goes to a meeting. 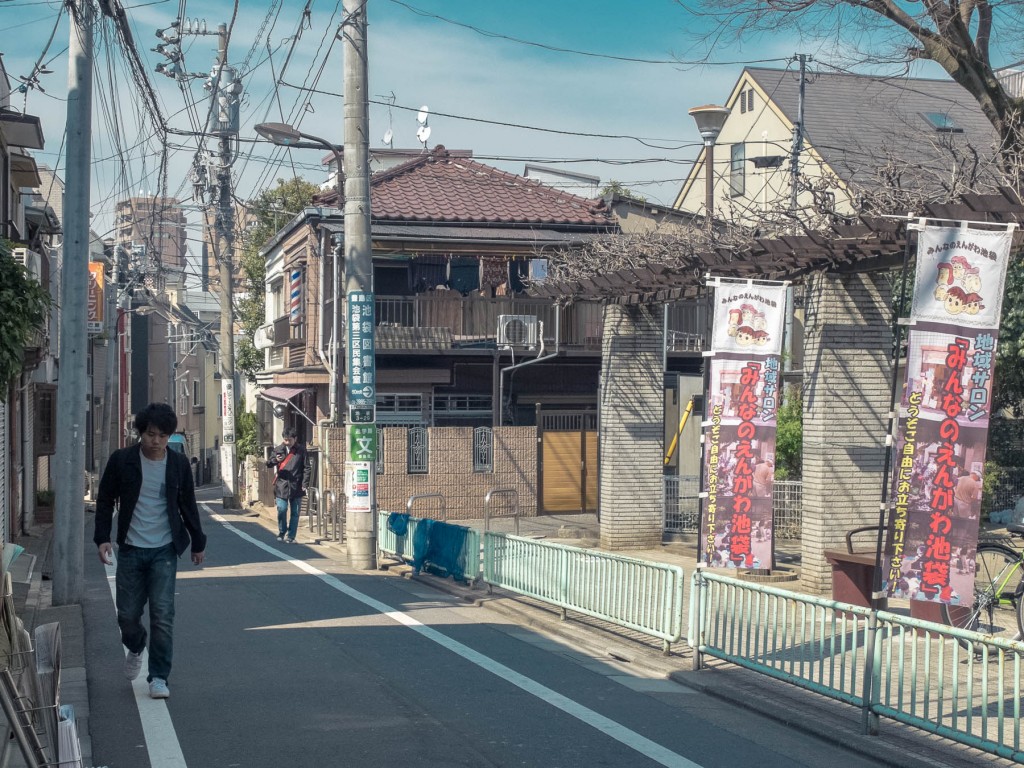 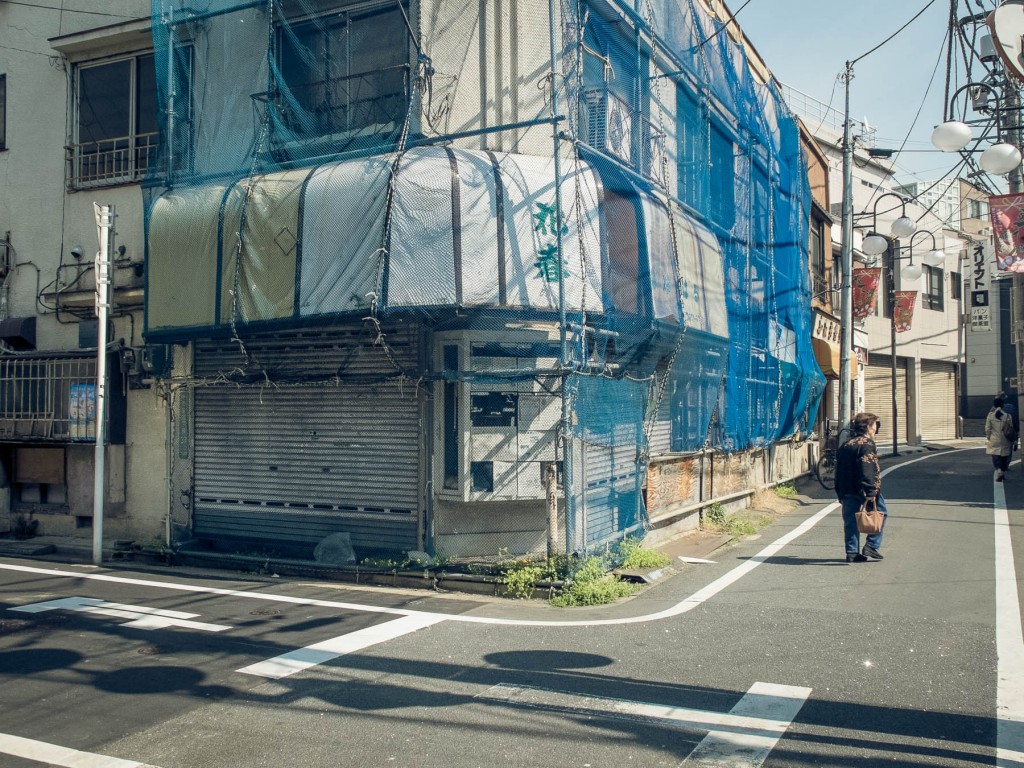 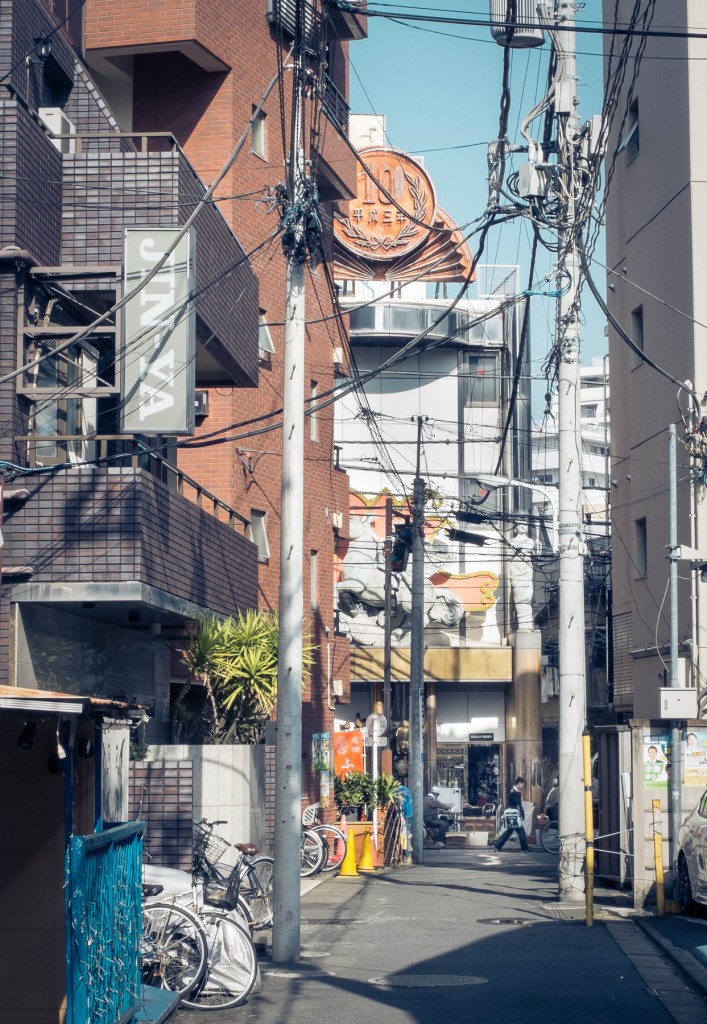 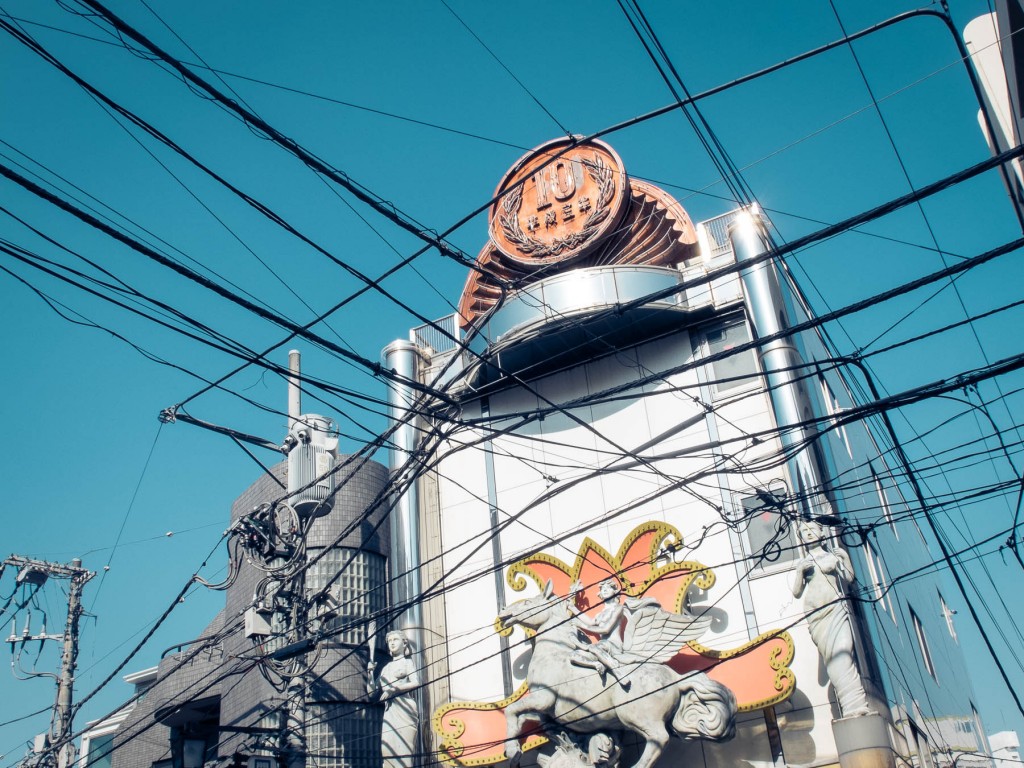 In addition to having statues of (apparently) Icarus and some heralds or something, there’s also an enormous 10-Yen coin adorning the top. Seems to be neon but I’ve never seen it on. 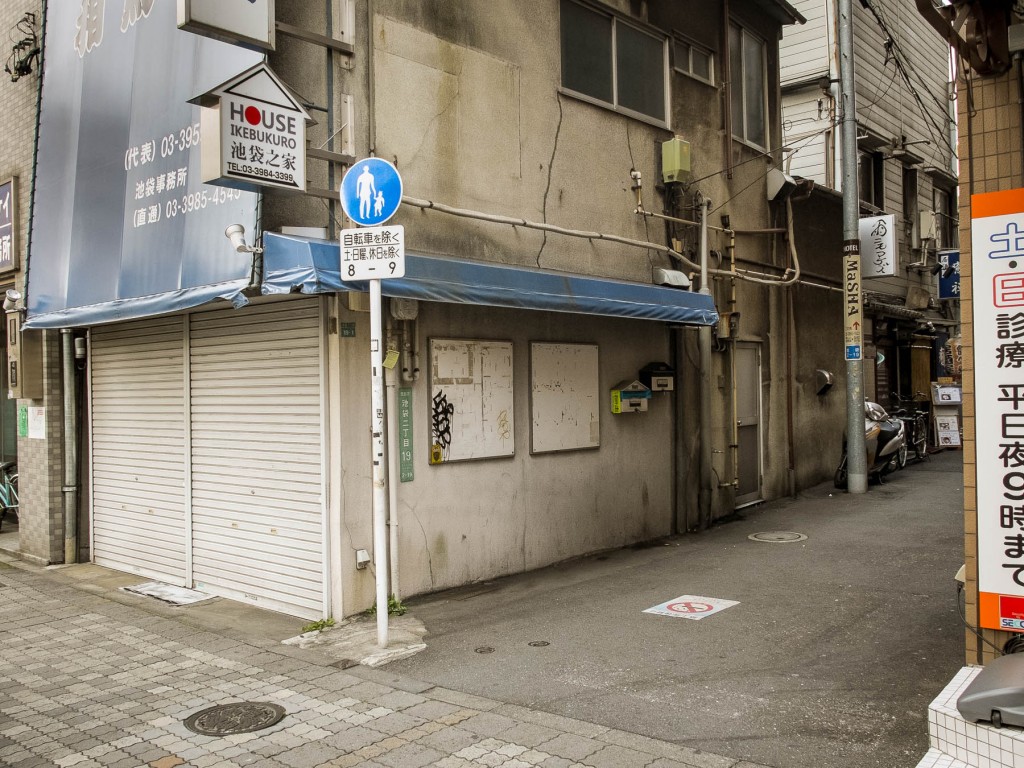 While it took a while to get to this post, I now have so many photos ready to go, expect a steady stream for the next few weeks or so. See you next time!