Hiking IN a River (No, That’s Not a Typo) 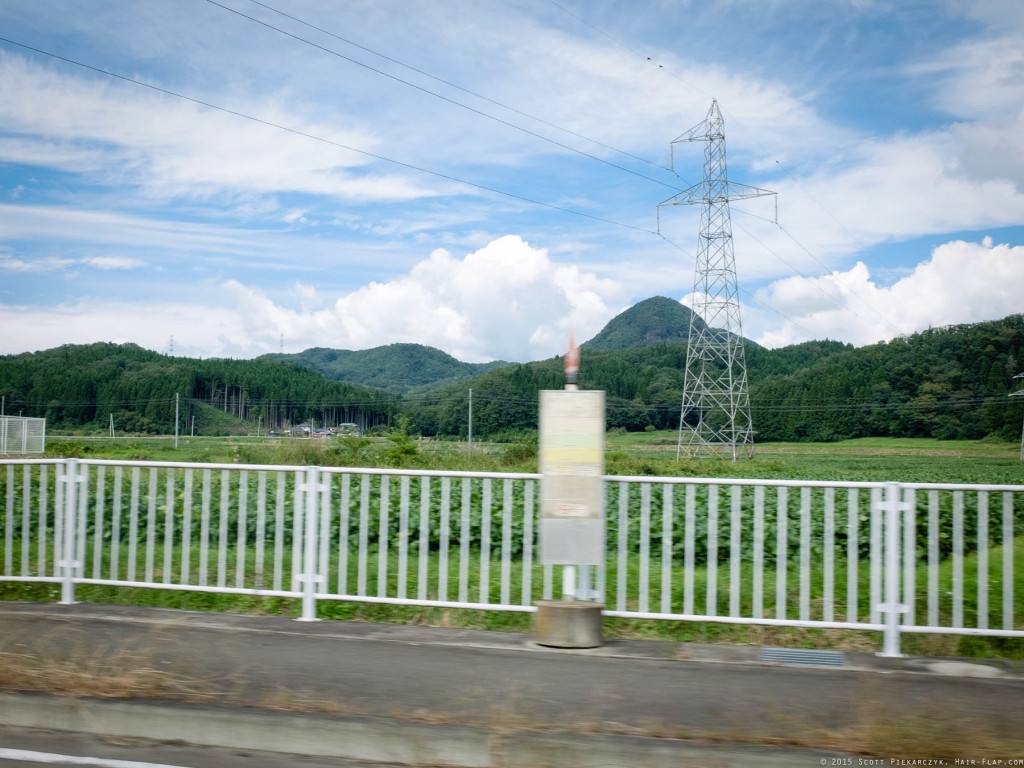 Time to get out of the city and into some nature!

Last week there was a holiday weekend so instead of competing with the rest of the nation on buying overpriced plane/train tickets to go to overcrowded destinations, we went camping with some friends up in the hills of beautiful Miyagi Prefecture. I think I mentioned it before, but Miyagi really is flipping beautiful.

This time, our friends Brian and Etsuko, who live in Sendai and know all the sweet spots, took us along with their kids to a fun little campground in an area called Akiu, home to some hot springs and resorts. The campground we stayed at was notable in part because of it’s unusually affordable rates for tent site space or even staying in some of the cute little bungalos they had available. 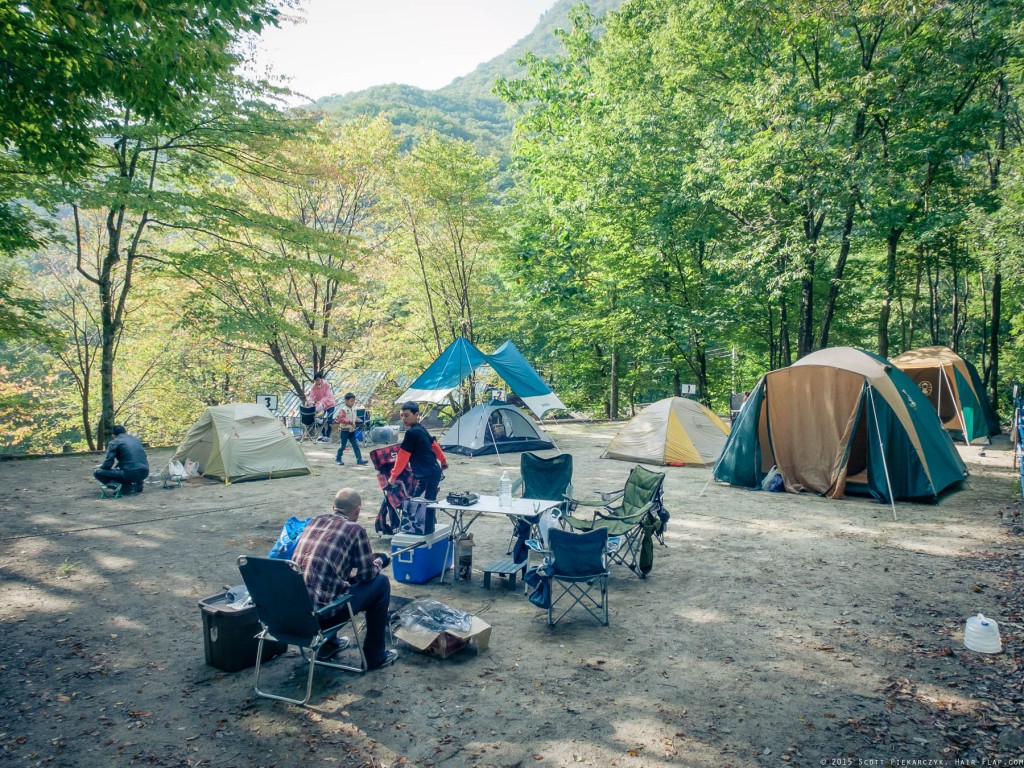 Setting up our site and keeping an eye on the neighbors.

Often camping in Japan can be an expensive affair, with tent sites sometimes in the range of ¥5000. This place was just ¥400 though! Those adorable bungalos I mentioned? ¥2100 for up to 4 people. This place is a total steal at these prices and only about an hour from Sendai (you’ll need a car to get there), so it’s convenient as well.

There is one major caveat that needs to be mentioned though. The tent site is basically one flattened area that is then sectioned off via ropes embedded in the ground into 6 rentable sites. So if you were hoping for some privacy in your camp experience, think again. This was the first time I’d actually been tent camping in Japan, but Brian thought this wasn’t an unusual arrangement for tent sites here. 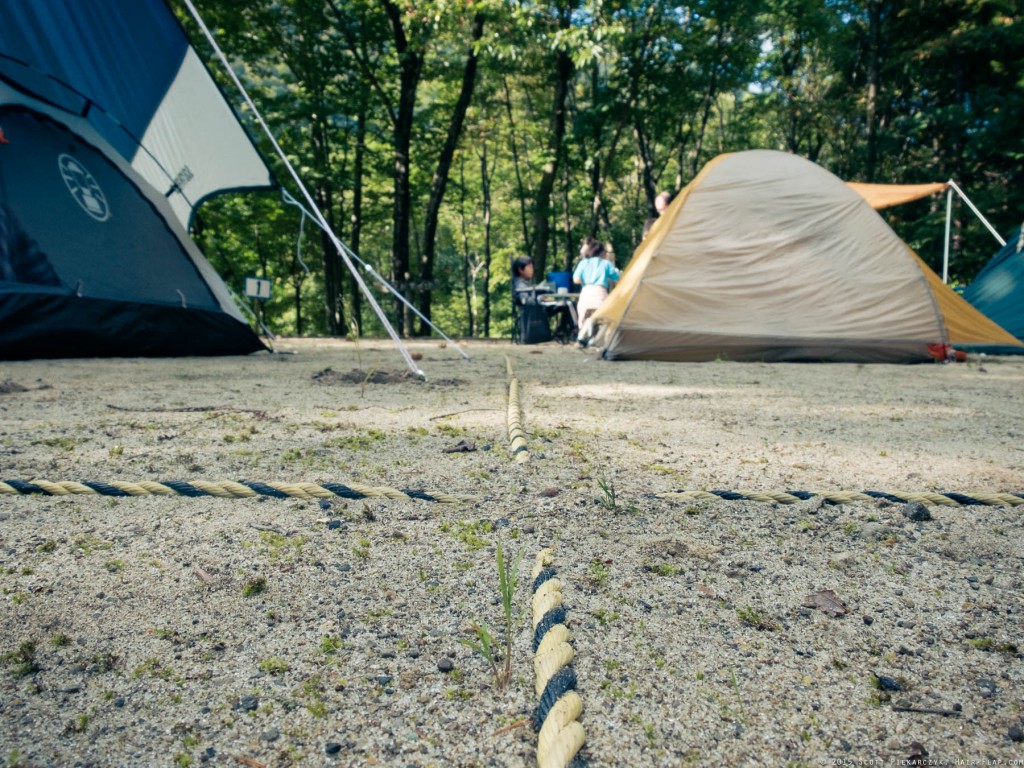 It was definitely weird once it got dark and late and we’re getting into our sleeping bags to go to sleep and you can clearly make out the low-voiced conversations from the neighbor tents only 10 feet to either side of you. That being said, we still had a great time and the cramped quarters were really only a minor footnote on the whole trip.

Now for the really cool bit. There’s a couple trails around the site that you can hike around. We took one the first day that crossed over the river and zigzagged along the side of the mountain range and was a nice low-impact 1-hour hike. There’s another one that apparently goes up the hill to the top that will give you much more of a workout but we definitely didn’t have time for that one on our one-night visit. 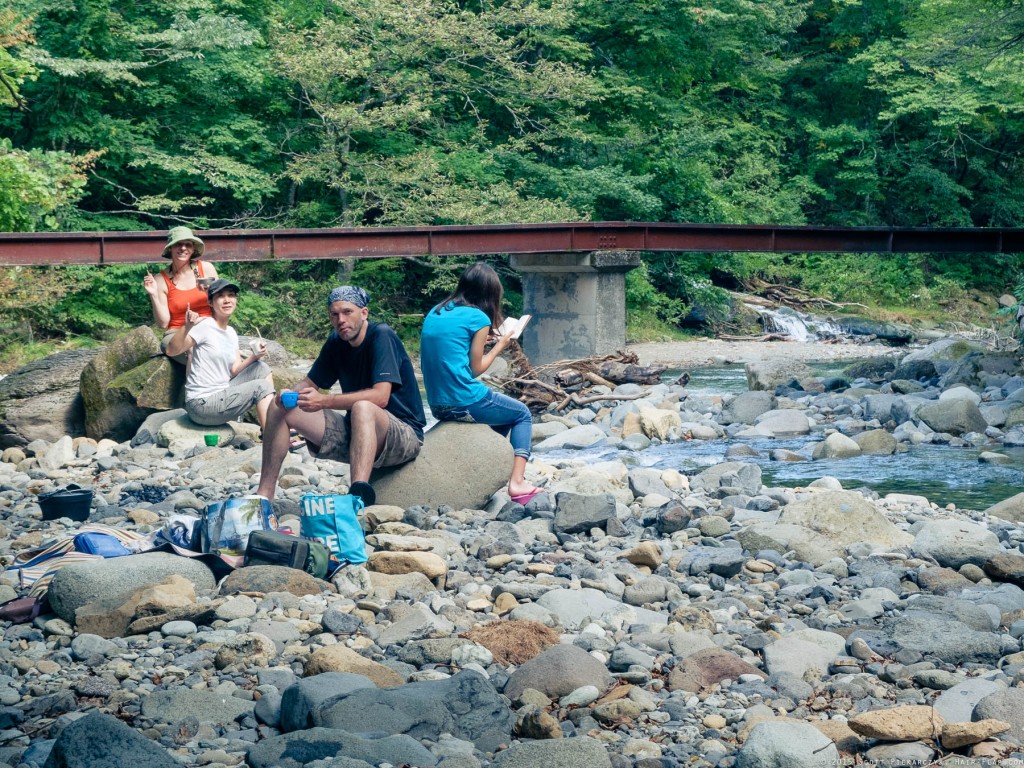 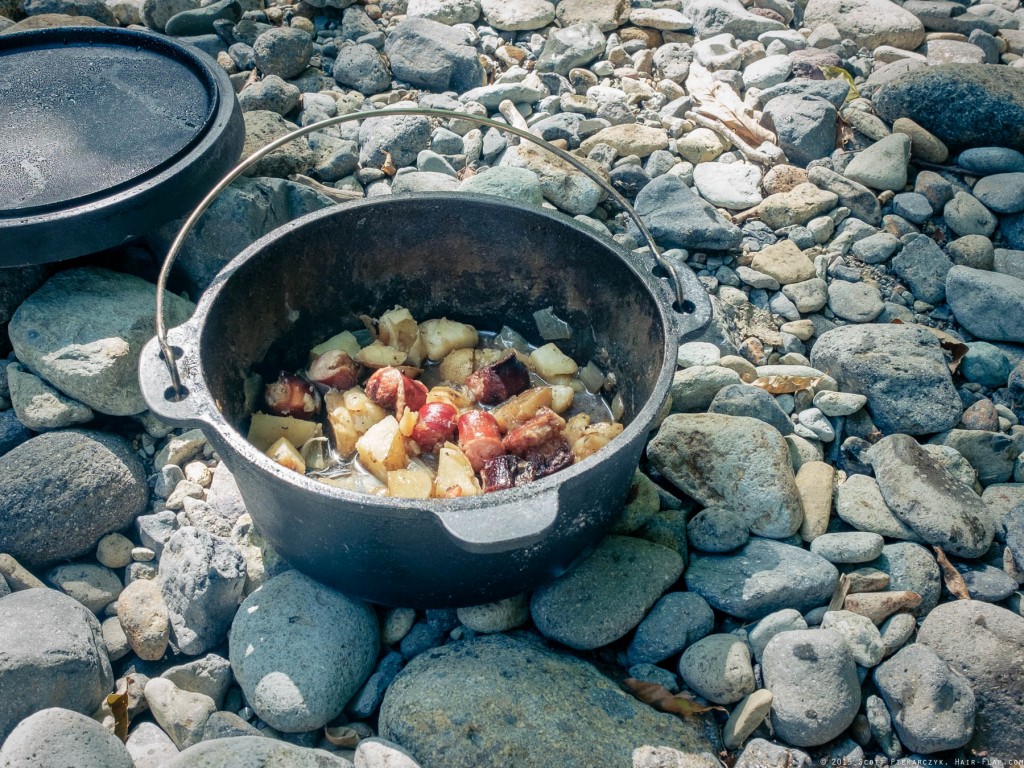 What we did do though was have lunch down by the river (an amazing lunch cooked up by Brian in a cast-iron dutch oven, btw. YUM!) and then start to wade up the river in our sandals. Sadly I don’t know enough about geology to tell you what kind of rock the riverbed is made up of, but it tends to be mostly shallow and smooth with deep pockets here and there. 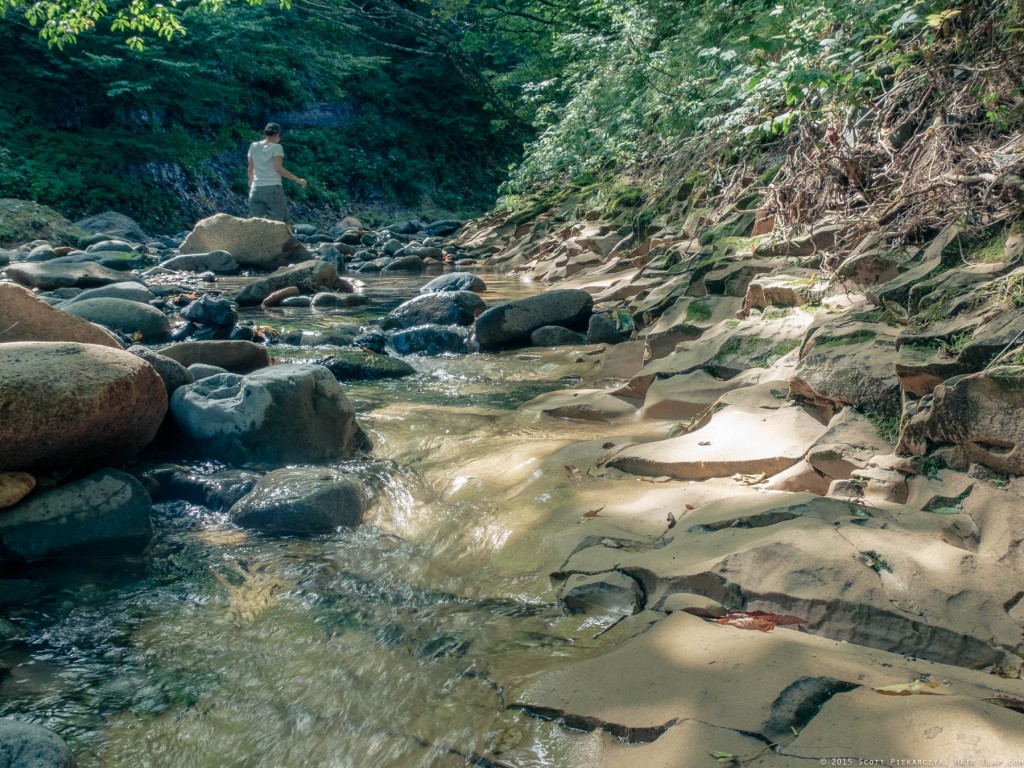 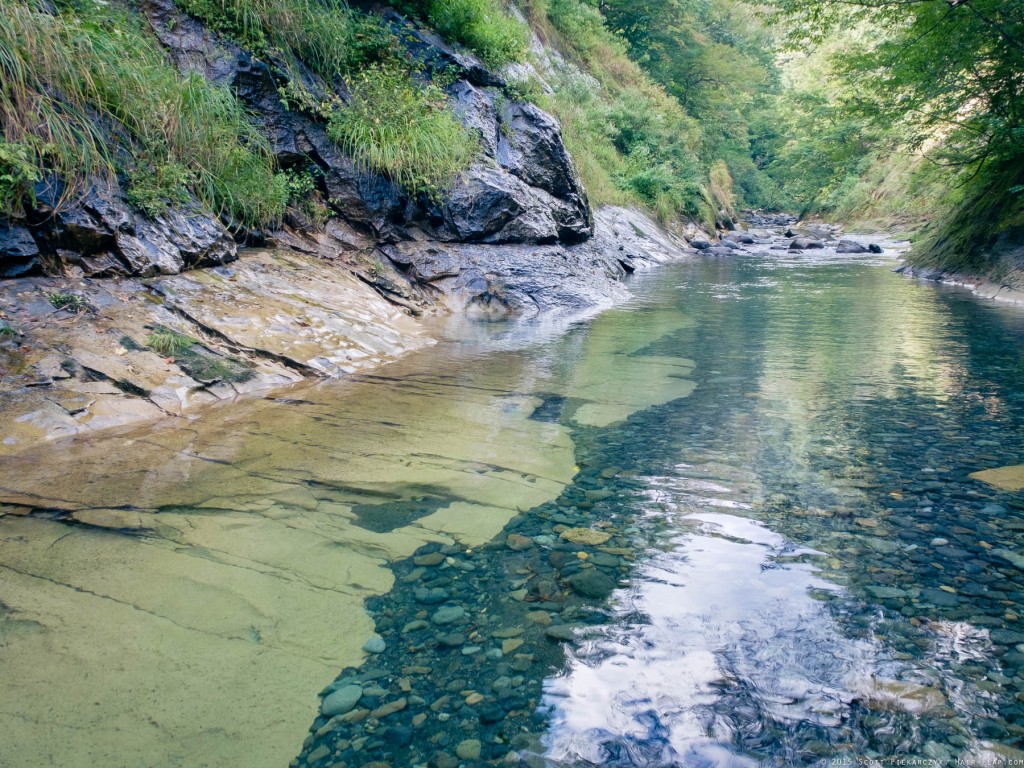 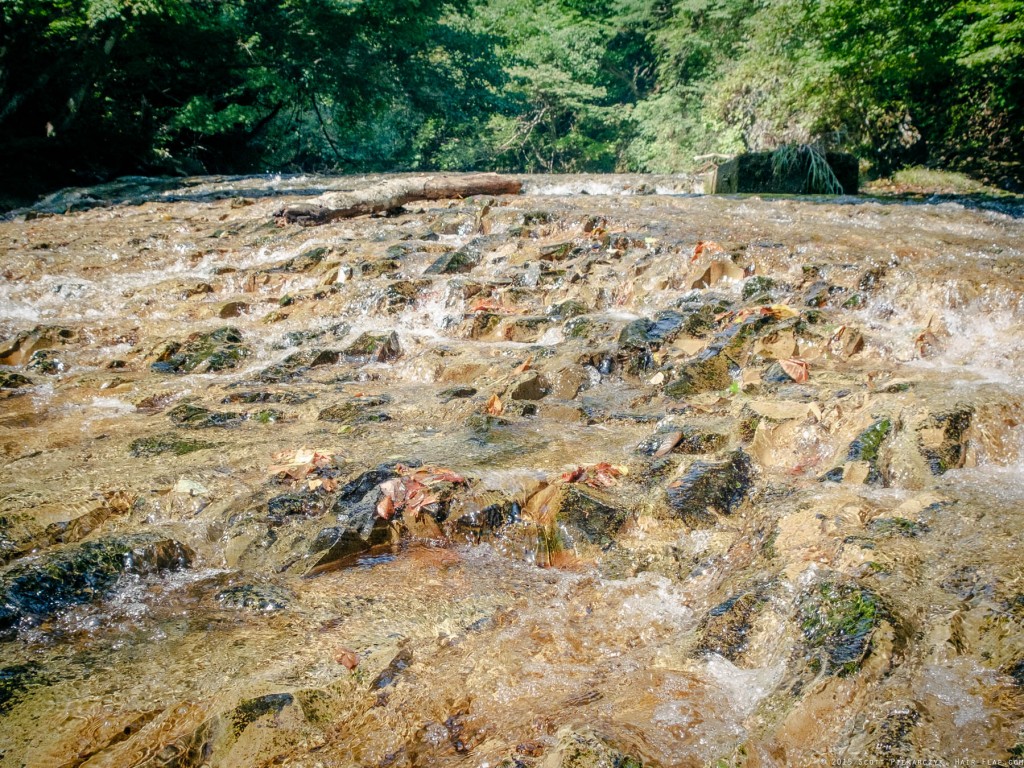 So we just kind of kept strolling and strolling until it basically turned into a mini hike up the middle of the damn river. I’ve never done anything like it and it was fucking awesome. 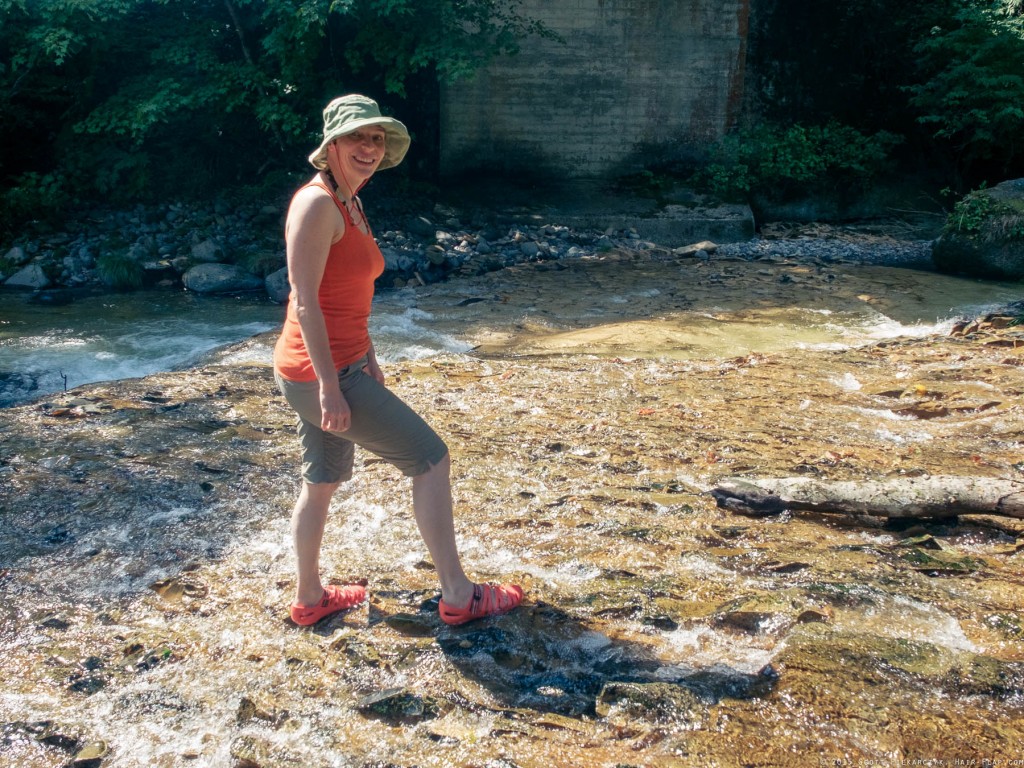 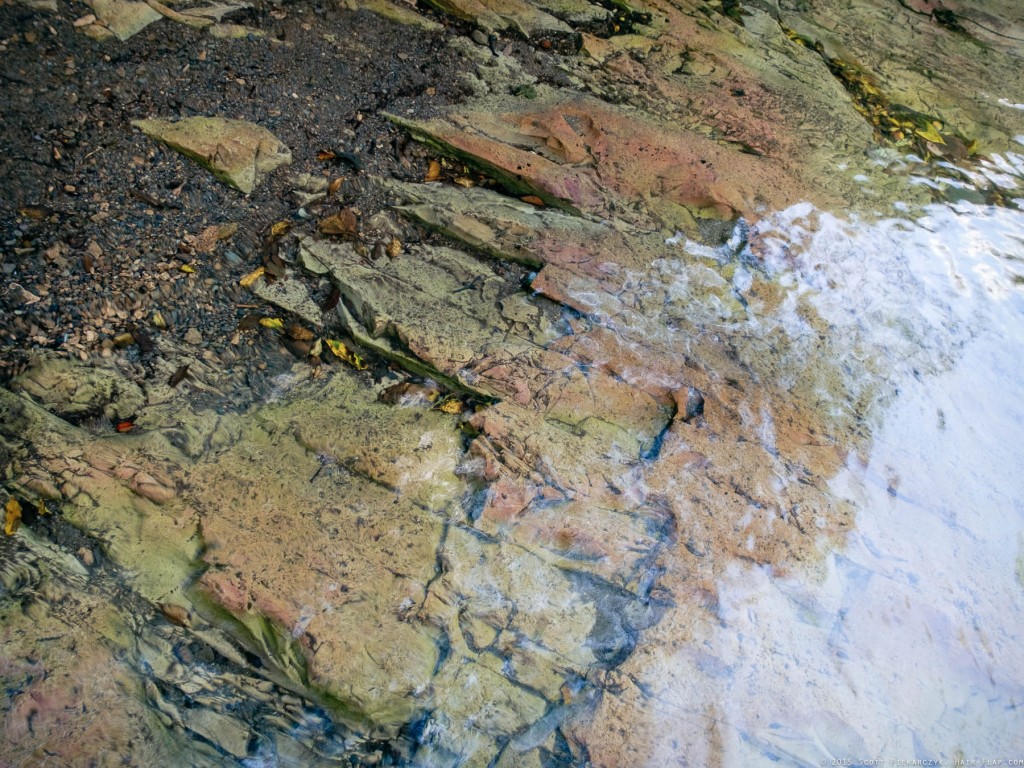 I was taking photos but quickly realized that video would really help convey the experience so started taking video clips the best I could. As decent of a job as my little Fuji X20 does with video, you definitely don’t get much control over… well, anything, so the resulting video doesn’t look that great. I also kept shifting back and forth between video and photos so my headspace wasn’t the best for making sure there was enough coverage for a decent narrative (excuses, excuses) but hopefully this will get the point across.

If you ever find yourself in the Tohoku region during camping season, definitely check this place out. Even if you don’t stay the night, there’s some nice trails and beautiful sights to see. 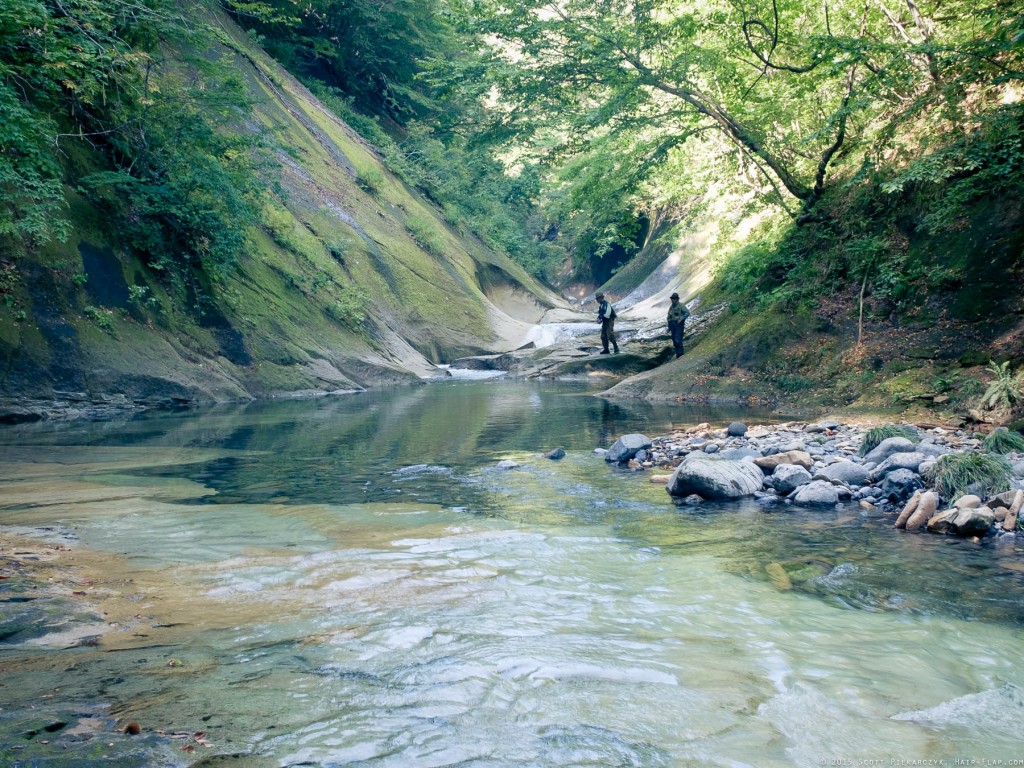 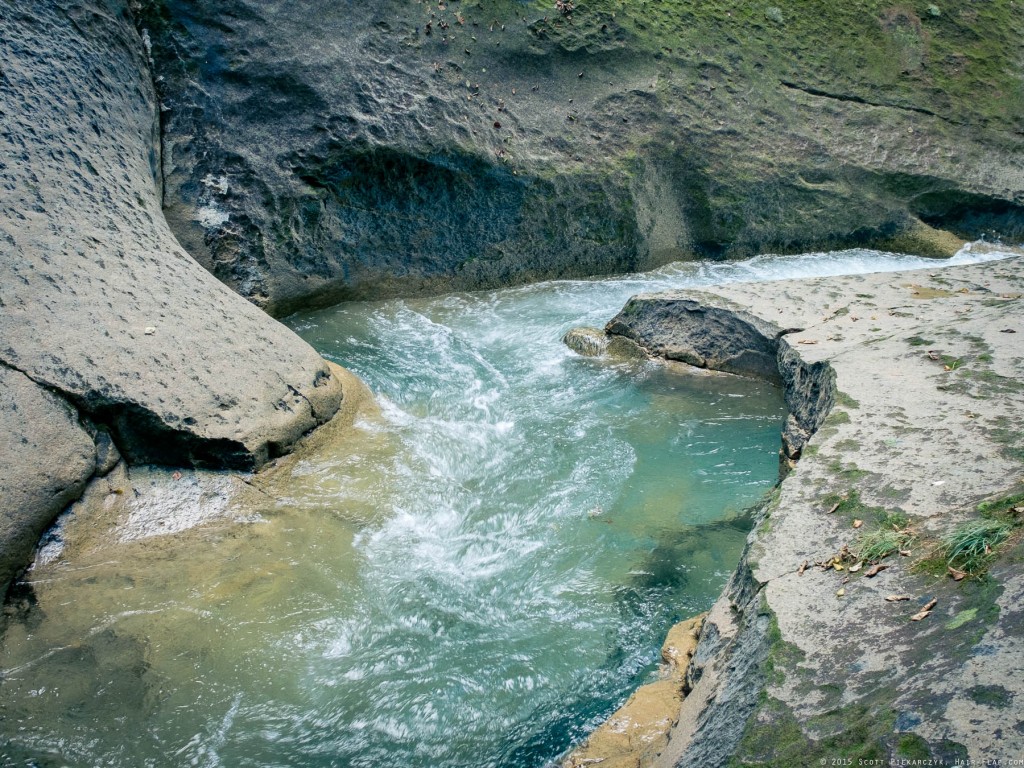 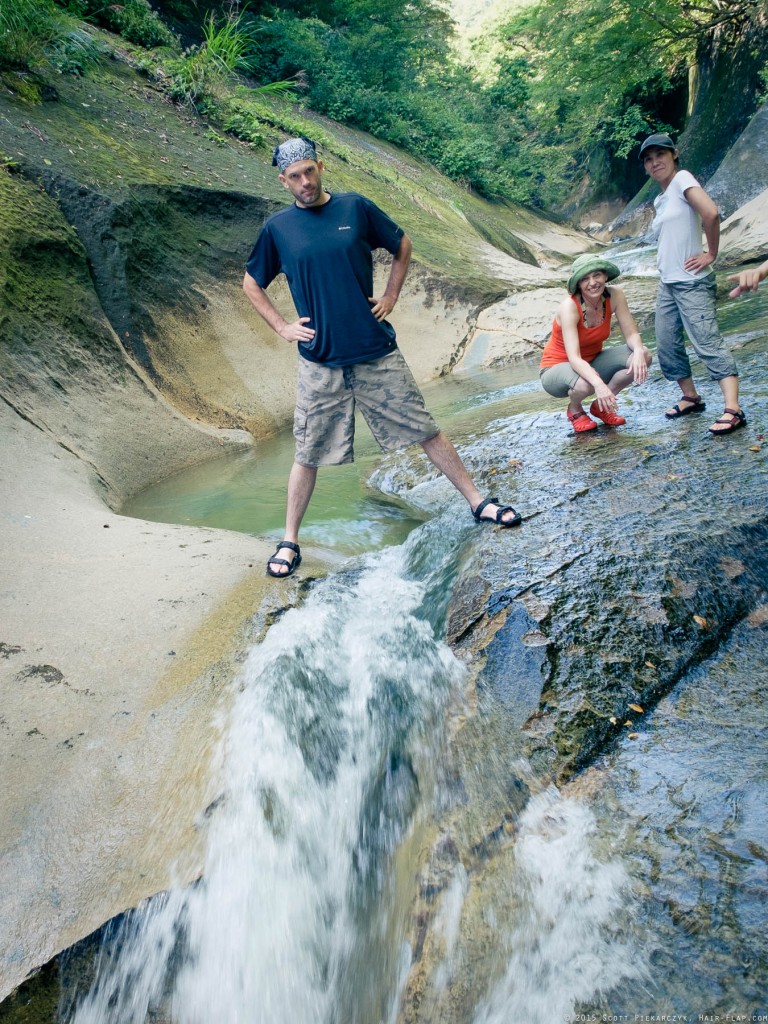 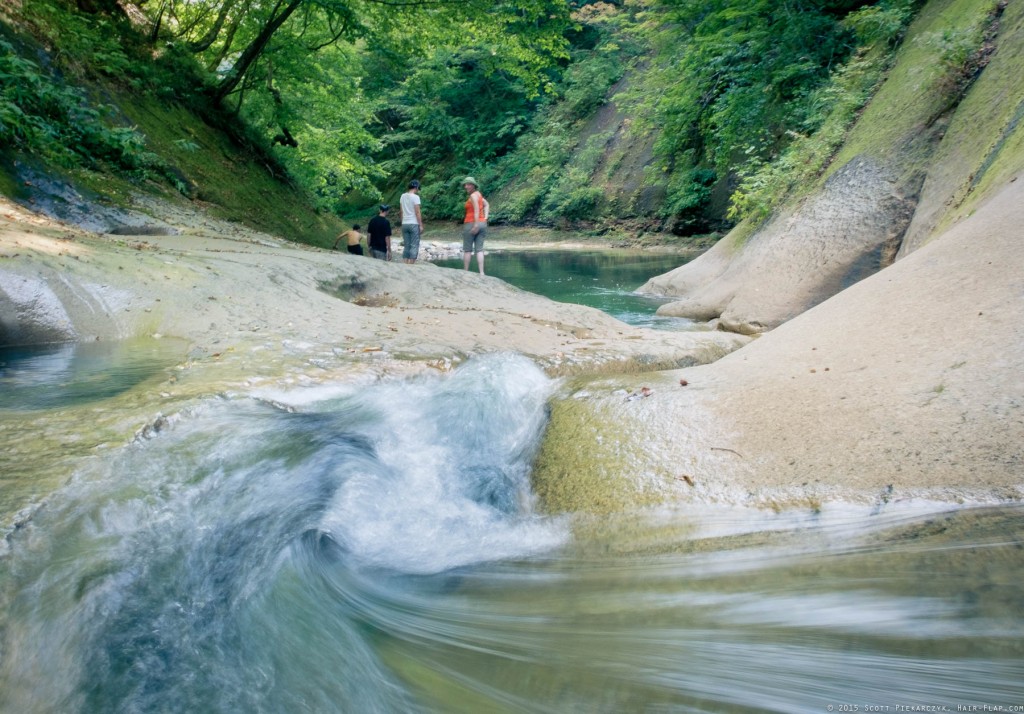 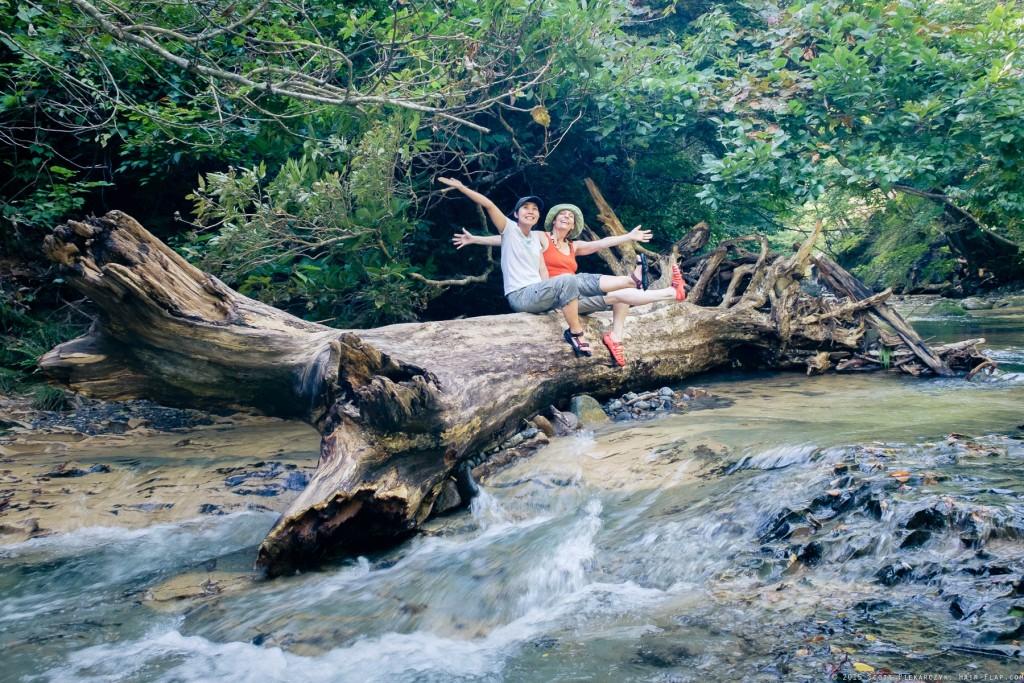 I promise this will be the last hiking-related post for a while. I think I’ve had my fill of them at this point.