Sendai Castle is Missing… Kind of 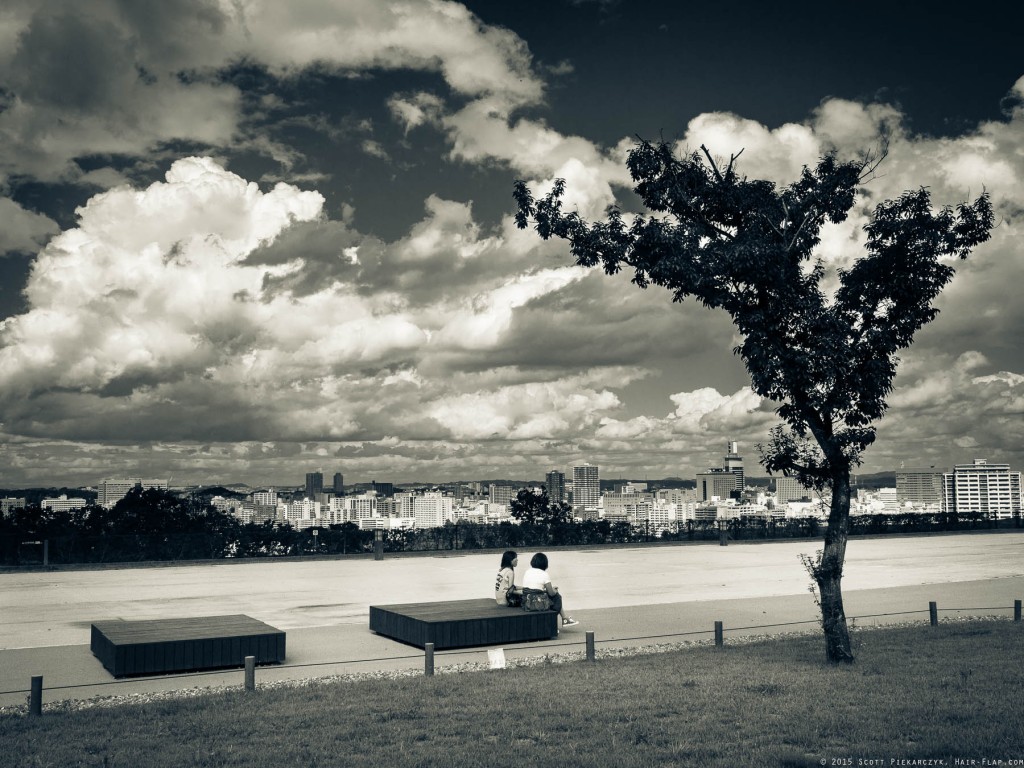 We’d been in Sendai for almost 5 months before finally getting up to the site of Sendai Castle, which is odd considering it’s, at most, a 15 minute bike ride away. I think one of the reasons we kept putting it off was that we knew there wasn’t a castle there.

Over the centuries, it’s been rebuilt several times after being repeatedly destroyed by earthquakes, fires and most recently the US firebombing of the city in 1945, after which it wasn’t rebuilt again. So, you know, when you know ahead of time that the thing you’re ostensibly going to see simply hasn’t been there for over 70 years you tend to put it off rather easily. But that was definitely a bit of a mistake in this case. 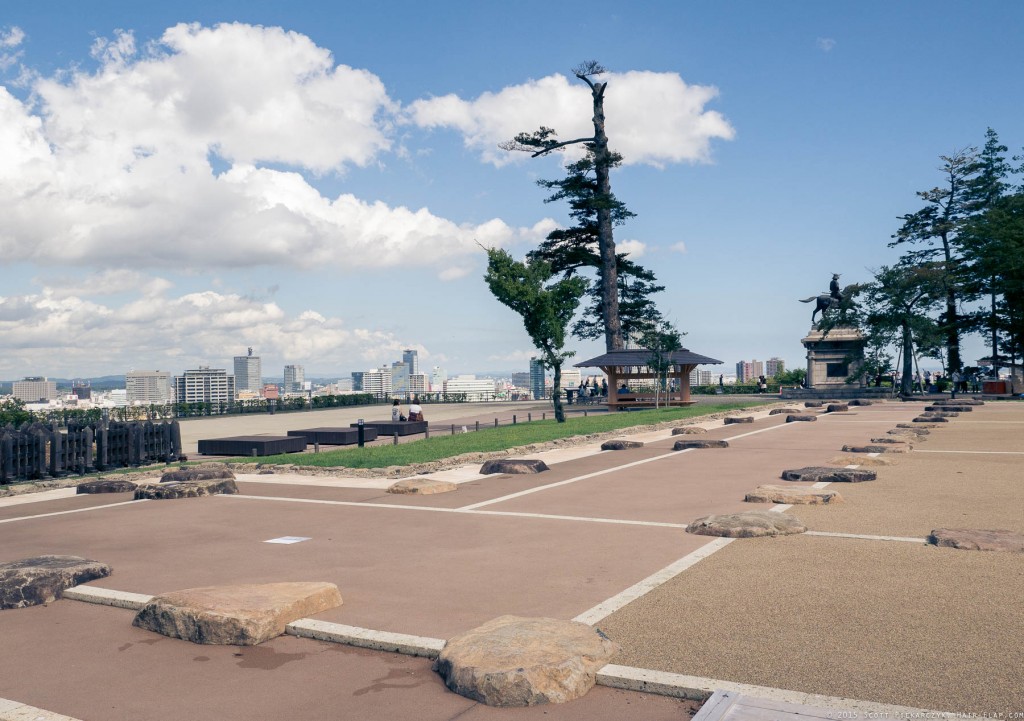 It’s true, the castle itself isn’t there, in it’s place is a paved area with markers approximating the basic “floorplan” that made up the structure. It kind of looks like a parking lot, really.

But aside from this, what is there is one hell of an outstanding view.

You can see from the mountains in the West, all across the city and out to the ocean in the East. This alone is worth the grueling walk/bike up the hill to get there (you could also take the city’s “Loople” tourist bus, which stops at points of interest all over the city, but we’re hardcore so we walked up from the base of the hill).

Close by to the site is a small area with a museum, souvenir shops and food stands with some of Sendai’s local specialties, such as ‘zunda'(a sweet soybean paste) items. 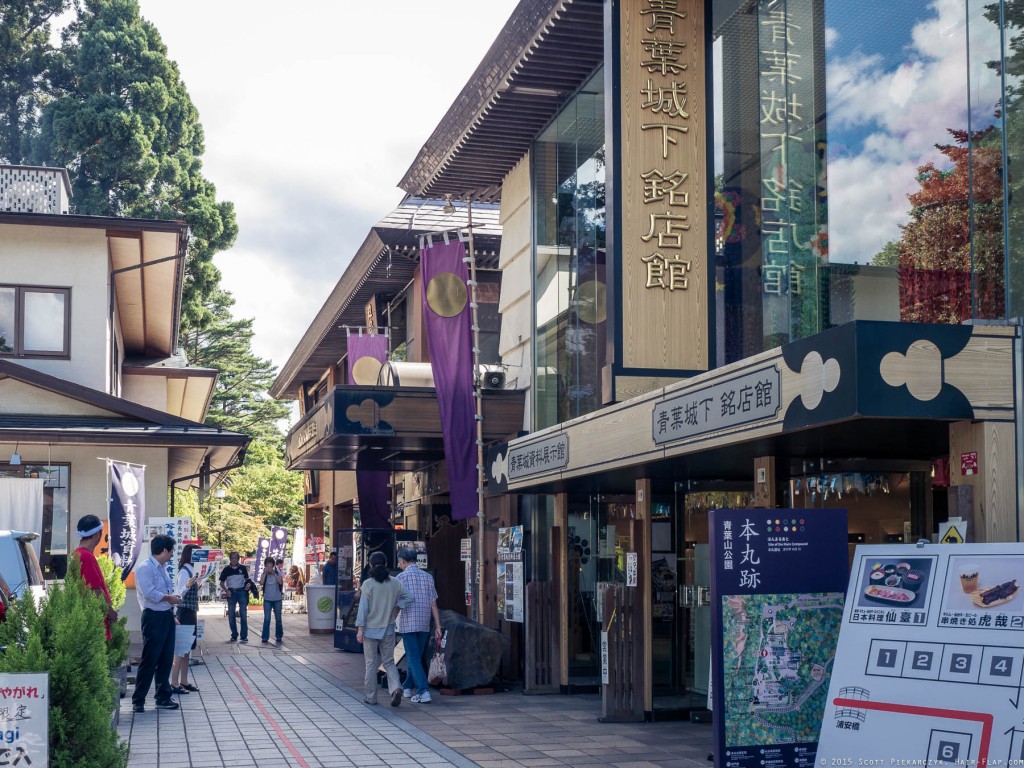 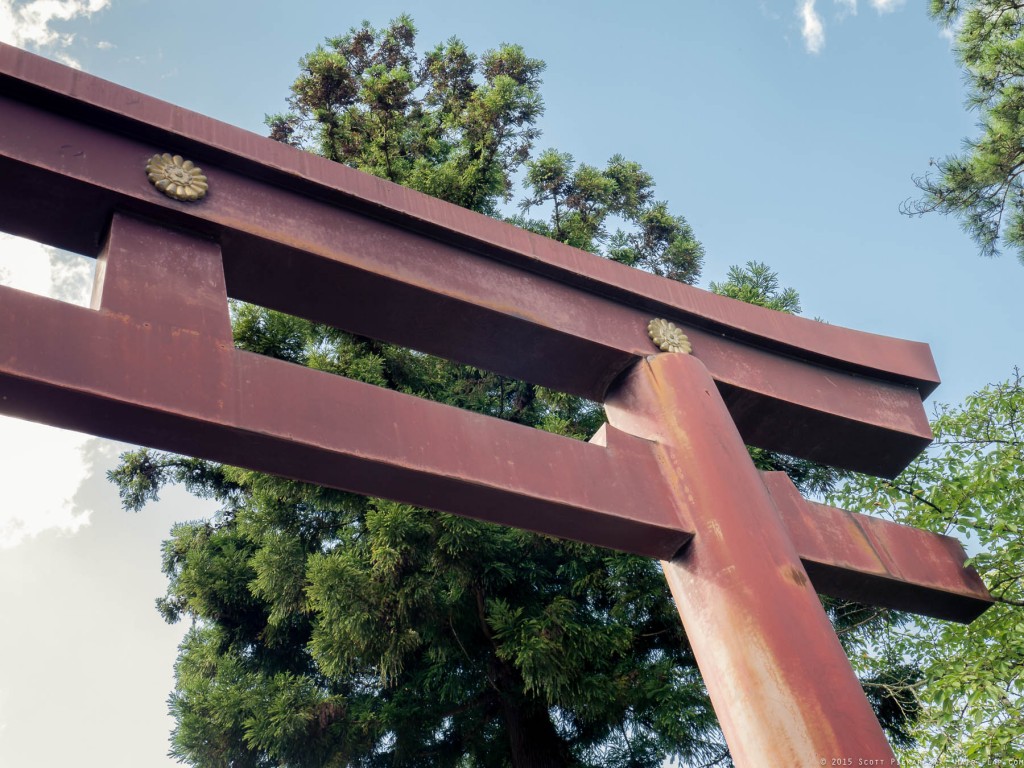 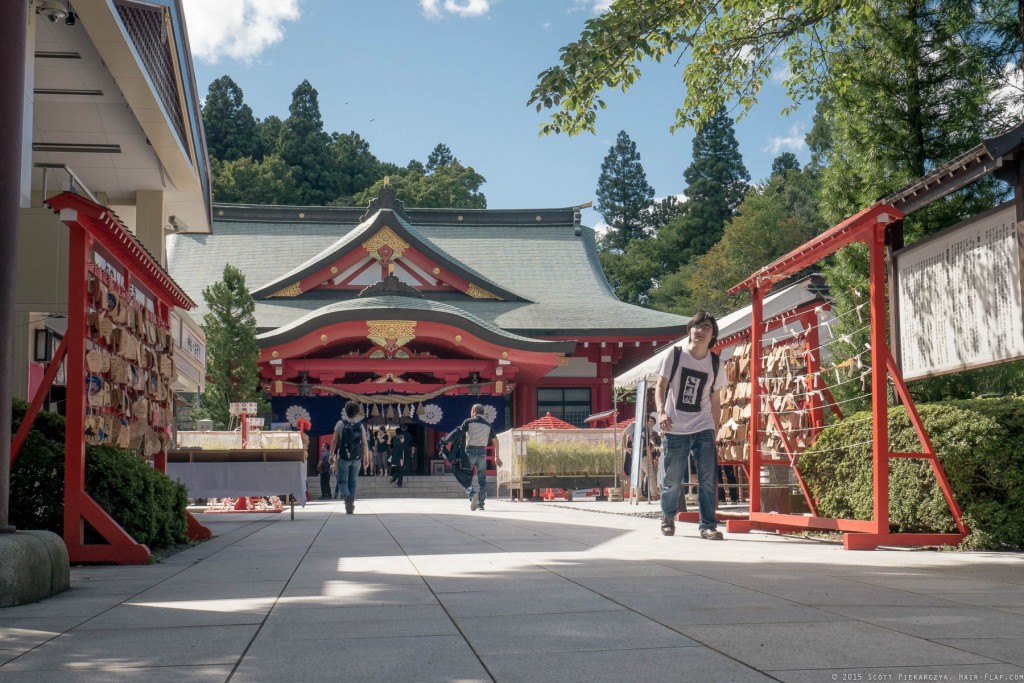 These gourds, called hyotan, were for sale near the temple on site, and will allegedly help to protect against sickness, while bringing peace and good health. The sign nearby that explained this said they’re good for about a year which I thought was interesting. Is there a kind of battery for spiritual power and fortune somehow? That seems like an existential can of worms waiting to be opened. 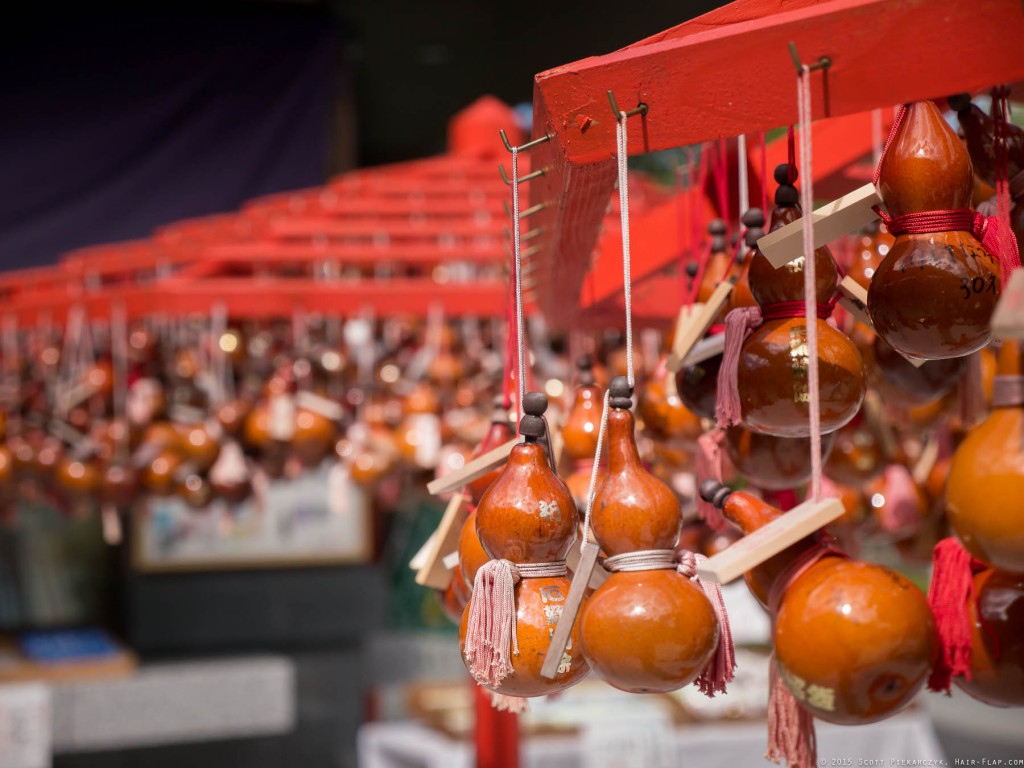 Also, apparently there are bears nearby, so be aware when souvenir shopping, for heaven’s sake! 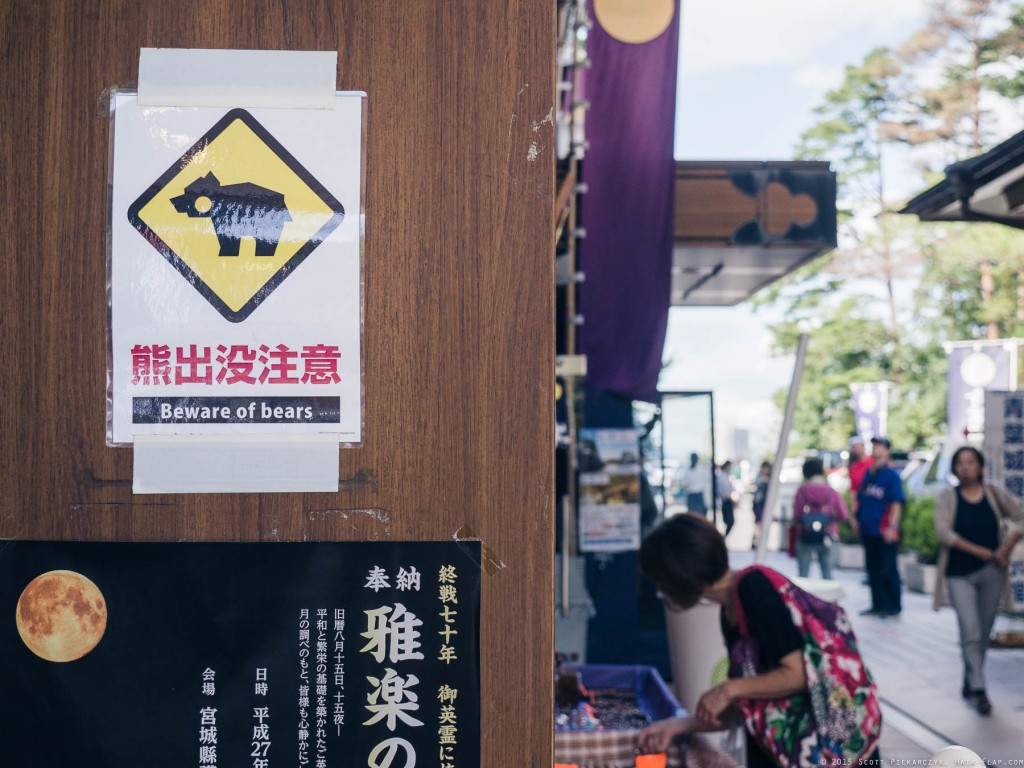 So while it may seem that this is something you could skip if you’re in Sendai, it’s NOT. Learn from my mistakes! In fact, the site of Sendai Castle is probably one of the first places you should come in order to get a good sense of the city as a whole and how it lies in the immediate geographical region.

Also, maybe you can see a bear.