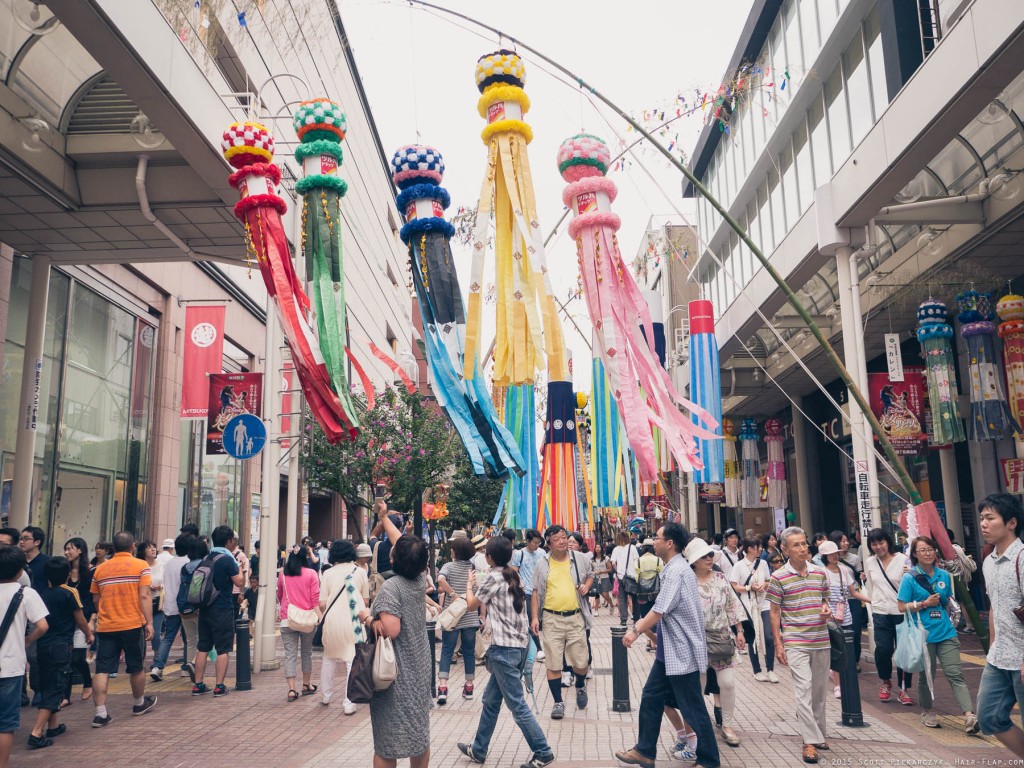 Almost every town in Japan has it’s own festival of some sort. Most of them are quite local affairs and it would be unusual for someone more than a couple towns over to know much about them. A few of them, however, are famous nationwide and Sendai’s Tanabata Festival is one of them.

It’s held every summer on August 6-8, which means I’m incredibly late in posting these damn photos. What can I say, I’m still trying to find a good workflow balance on the ol’ site here. 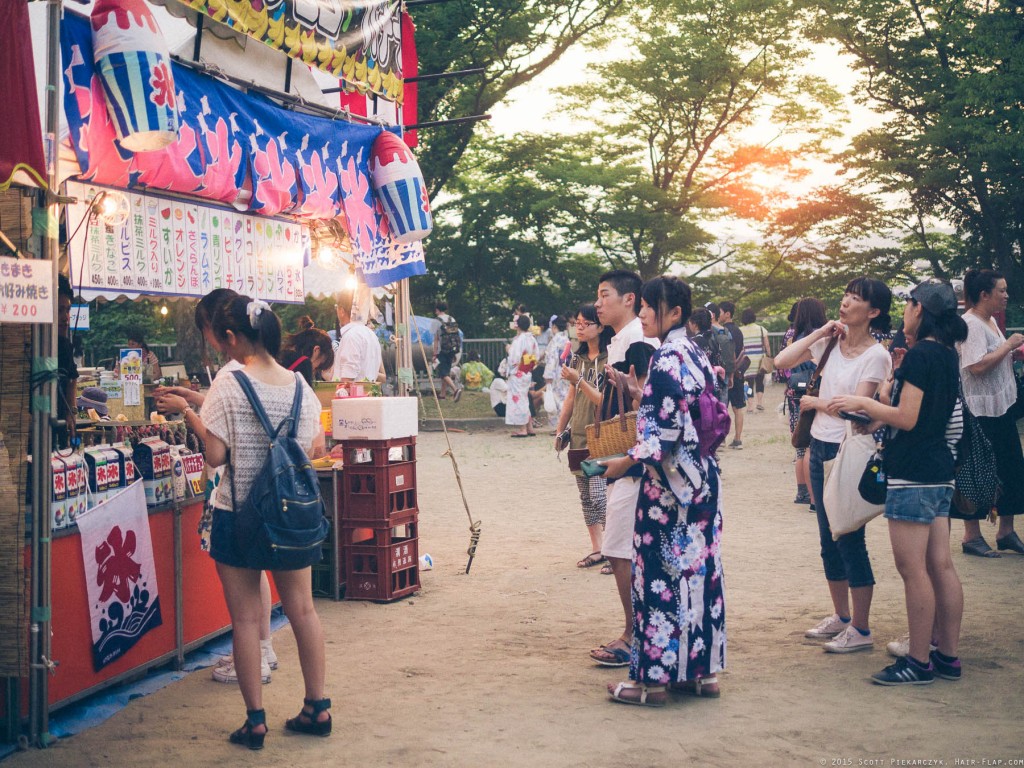 Festival-goers queueing up for shaved ice. 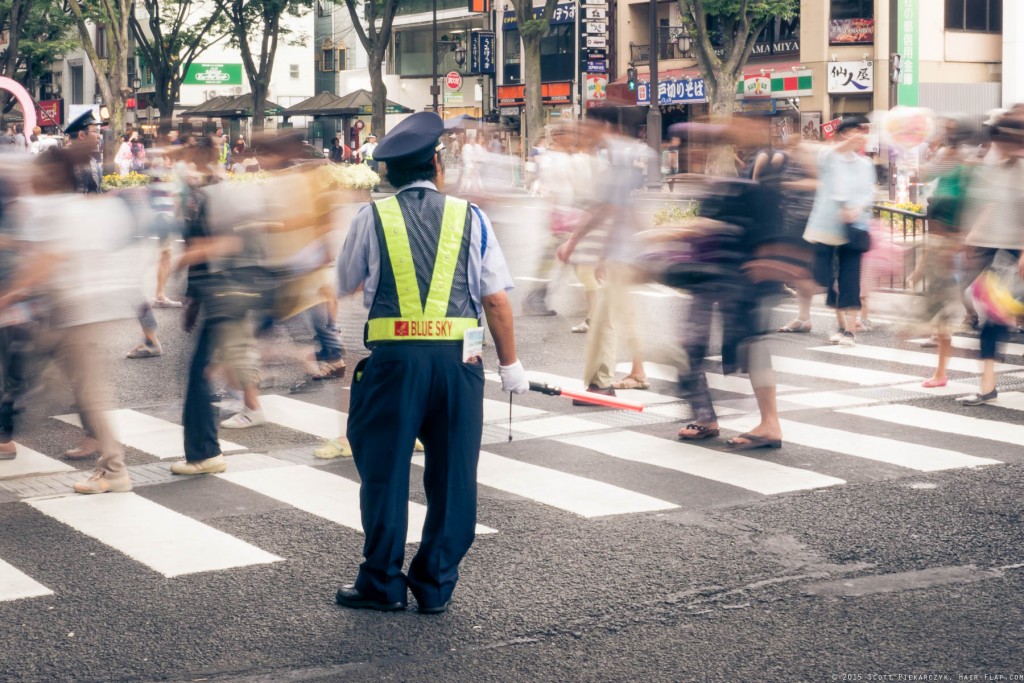 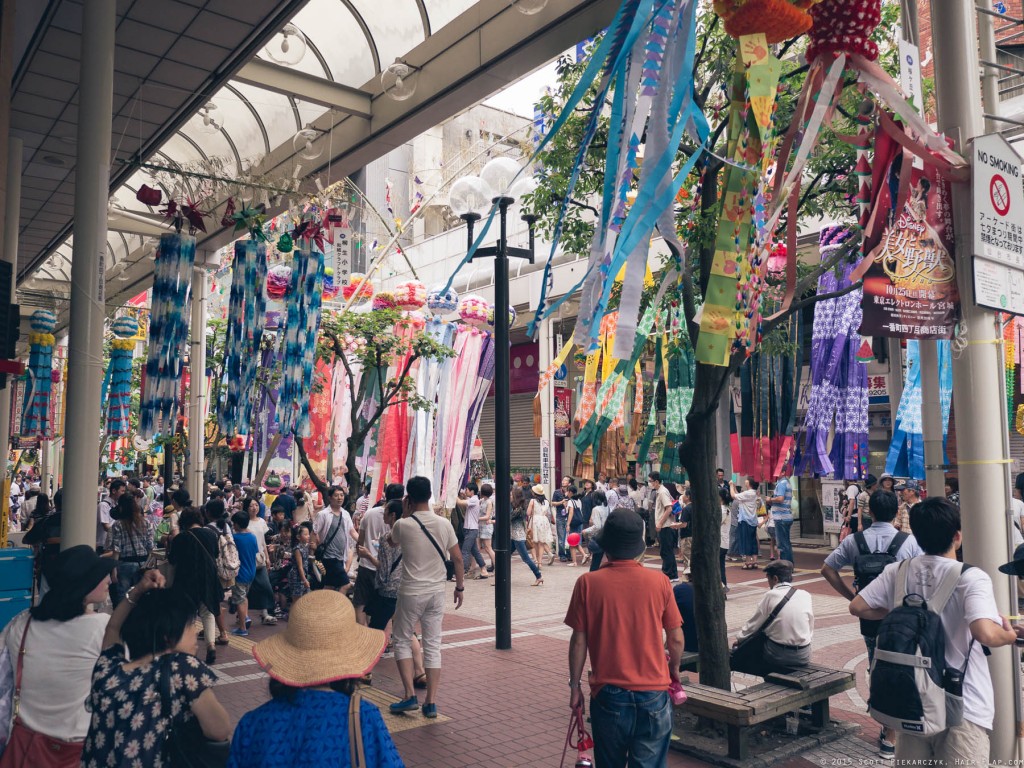 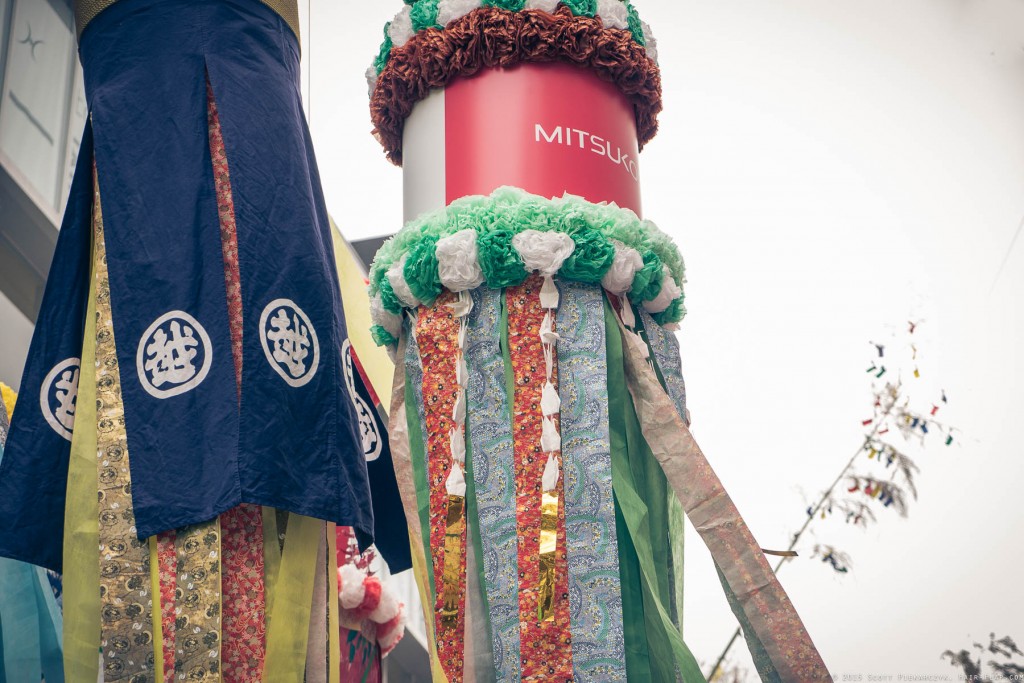 Anyway, the festival itself “celebrates the meeting of the deities Orihime and Hikoboshi (represented by the stars Vega and Altair respectively).” The main attractions down here on Earth, meanwhile, are the hundreds of paper streamers called ‘Fukinagashi’, sponsored by local companies and businesses, that line the shopping arcades around town. Many are crazy elaborate featuring tons of various origami or other papercraft accouterments. 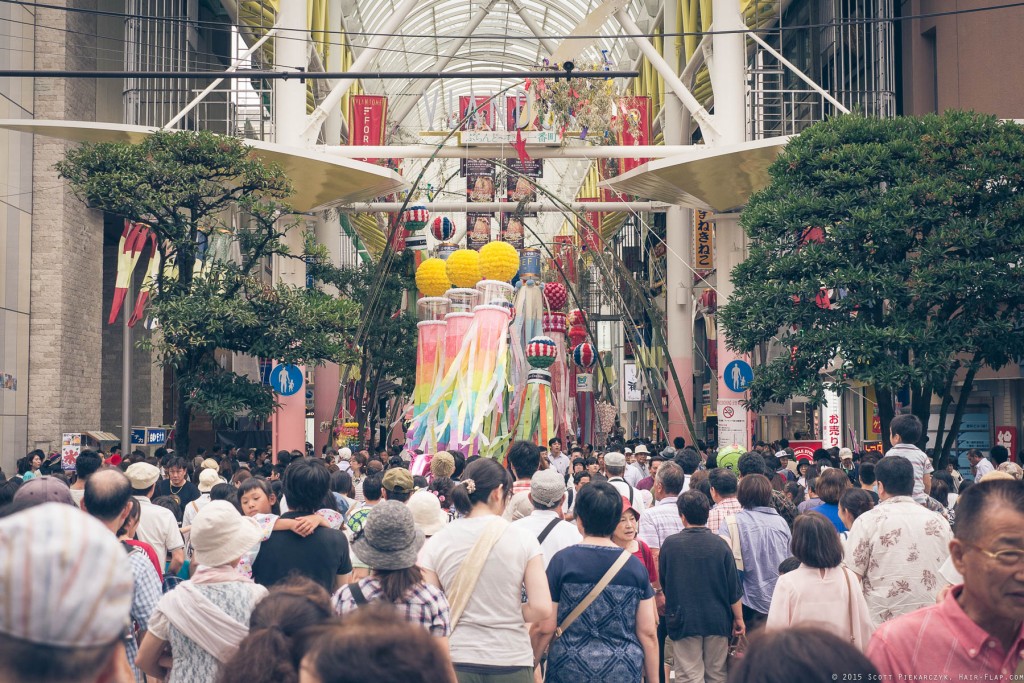 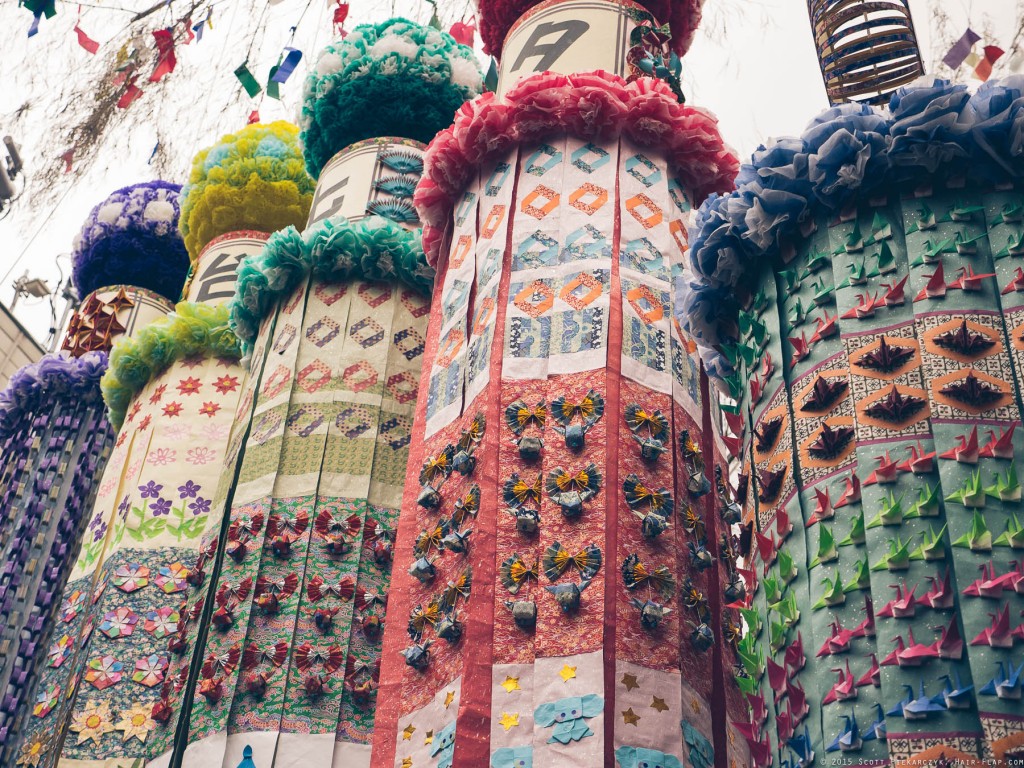 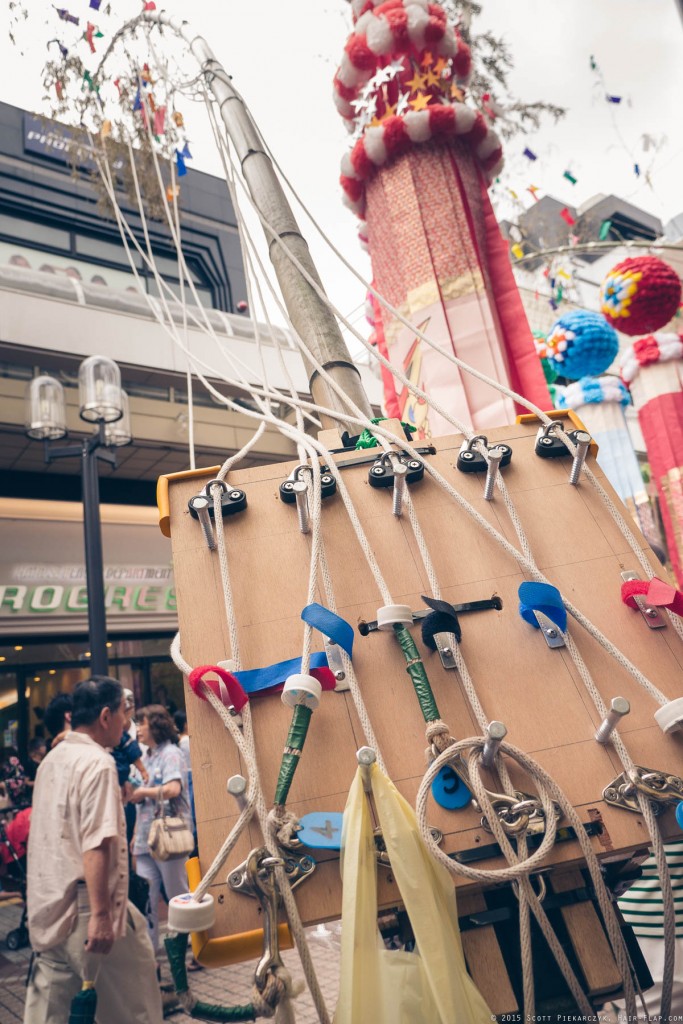 The mechanisms for hoisting the various Fukinagashi from the bamboo stalks. 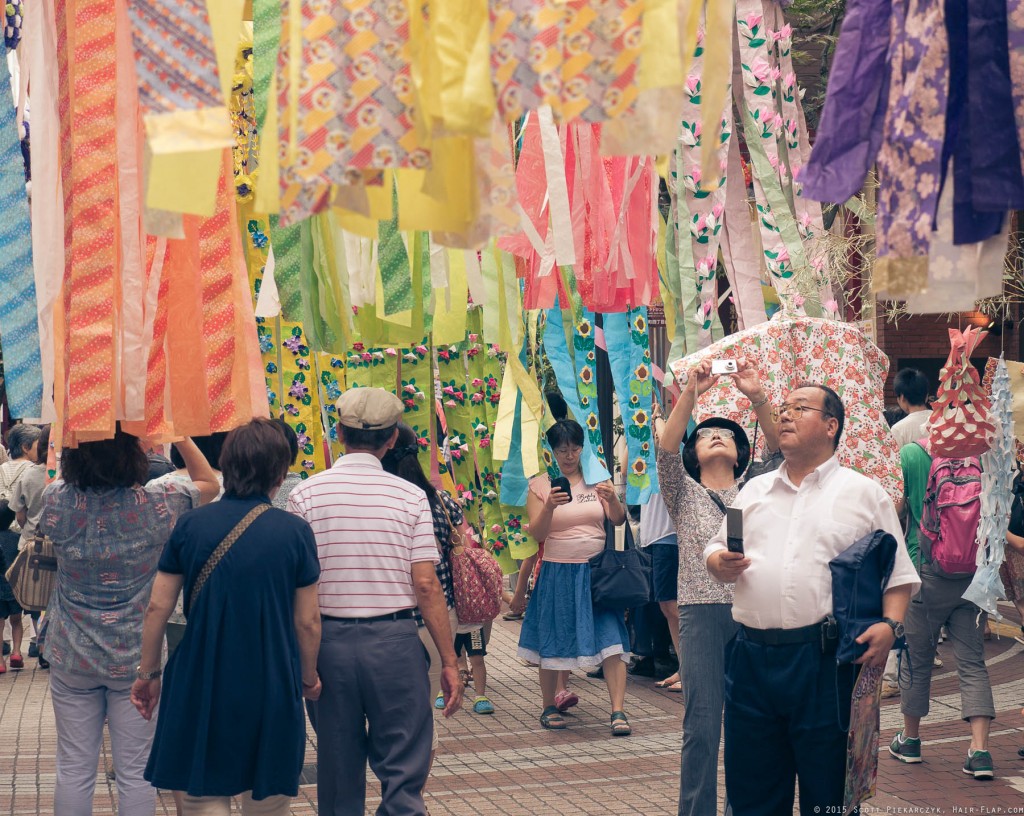 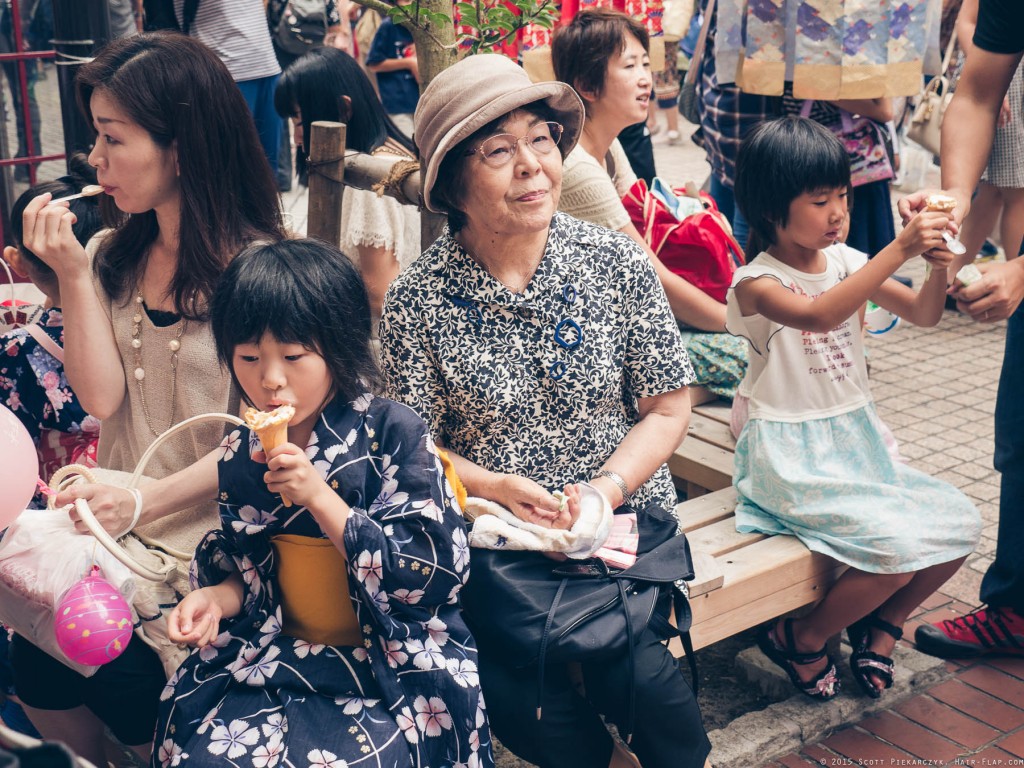 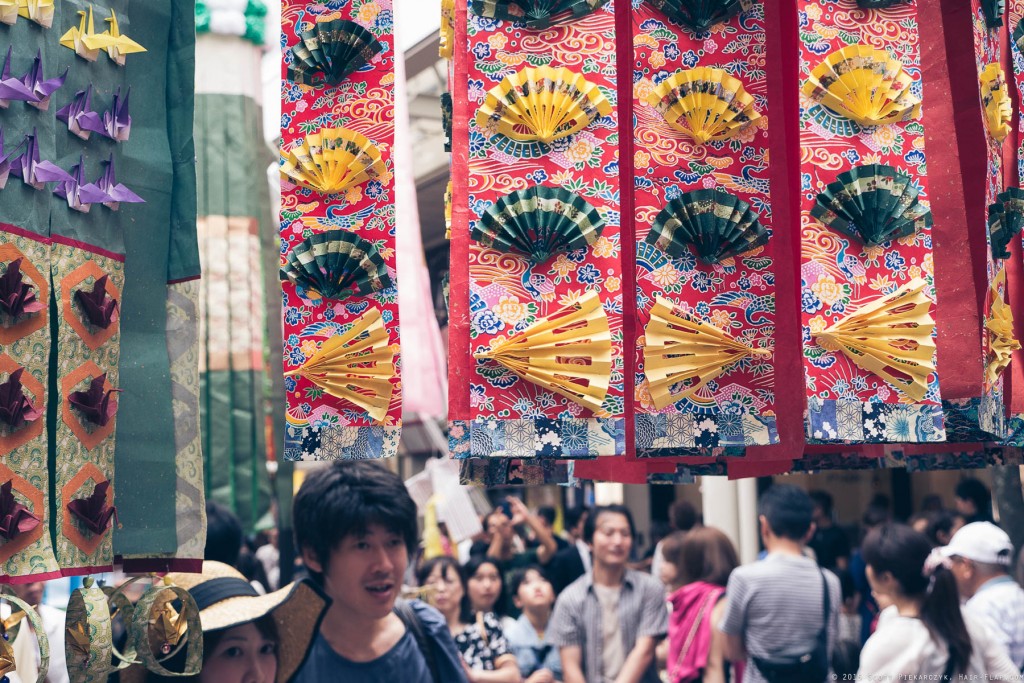 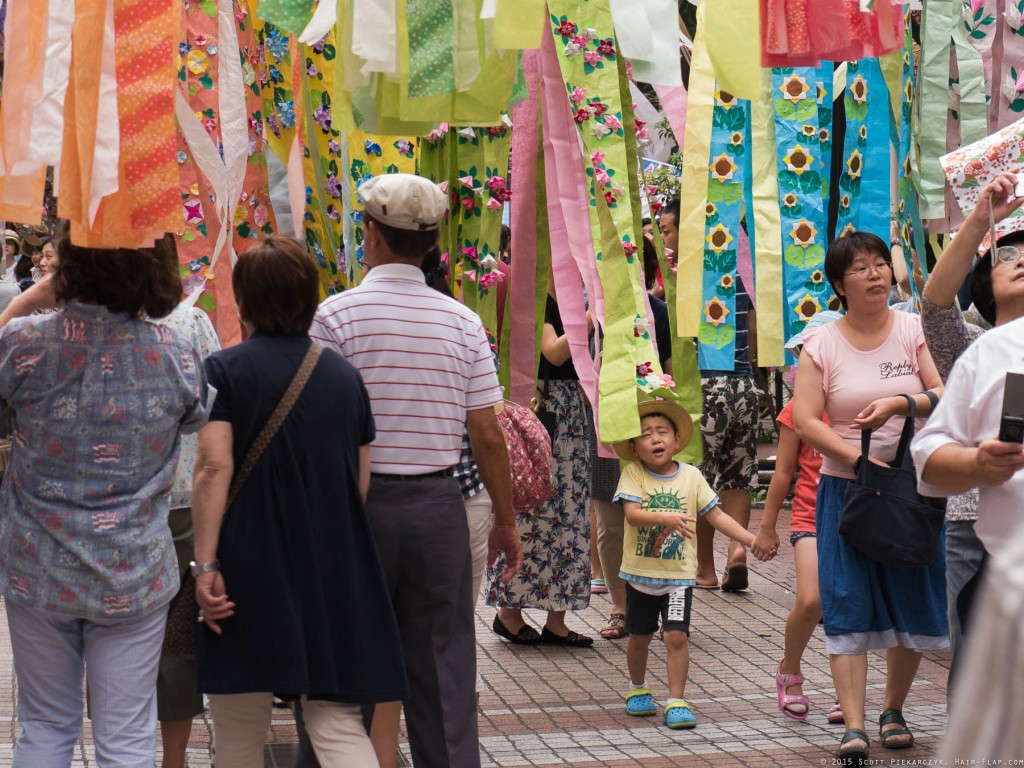 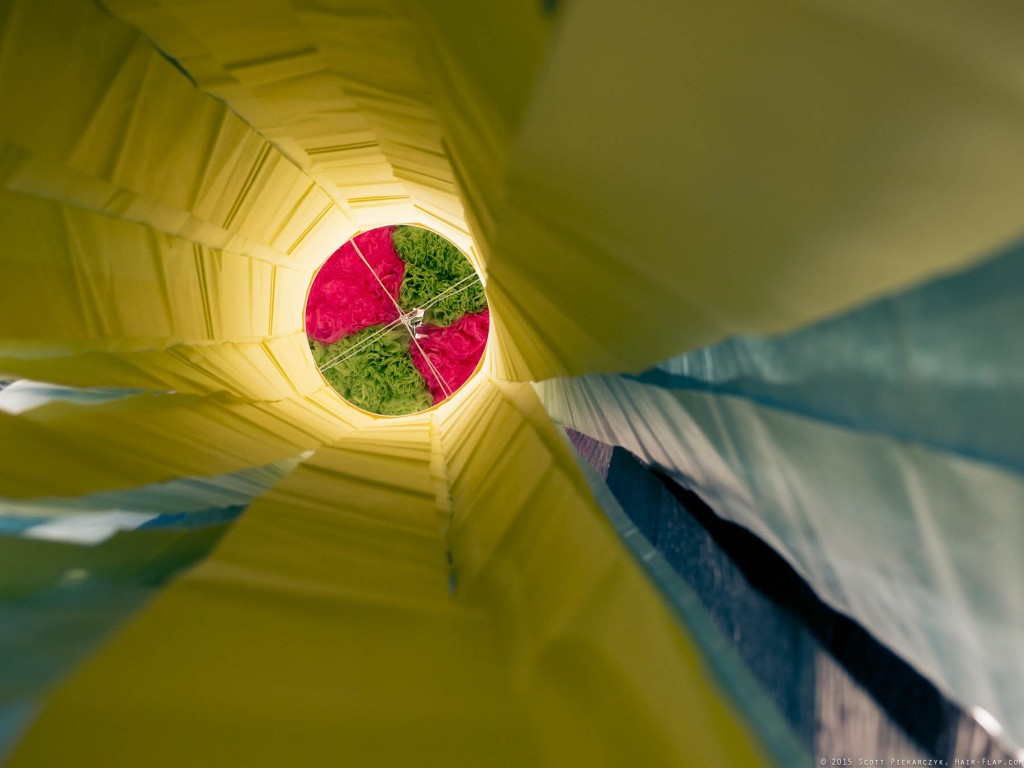 This is what you’ll see if you walk under a Fukinagashi and look up. 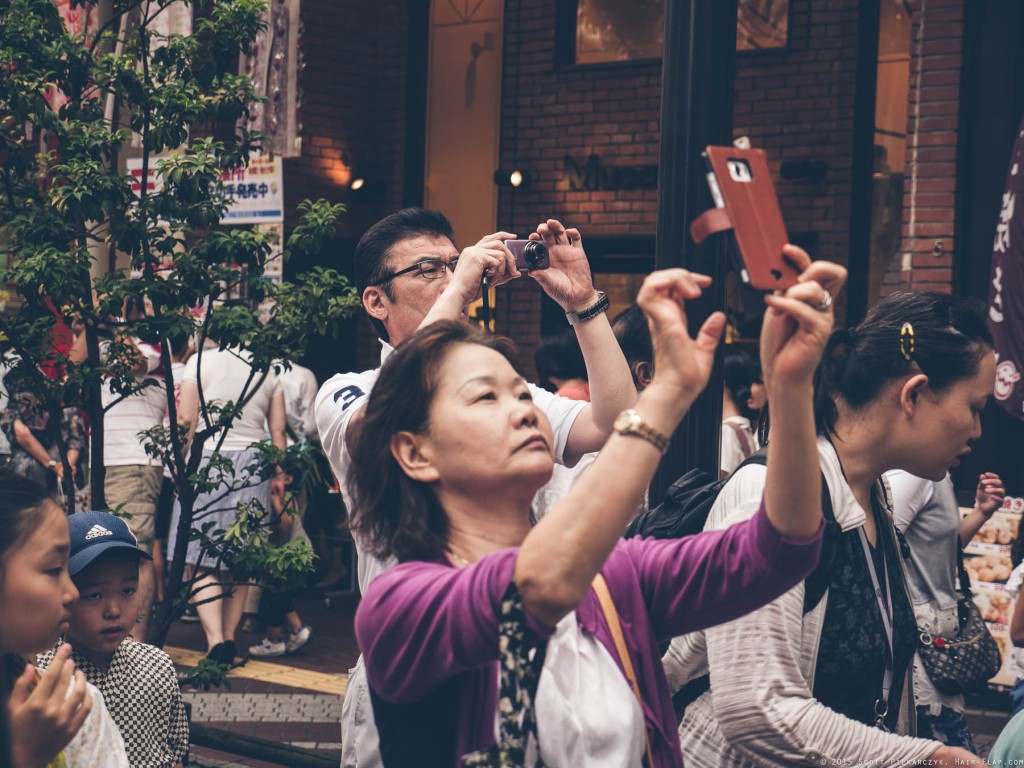 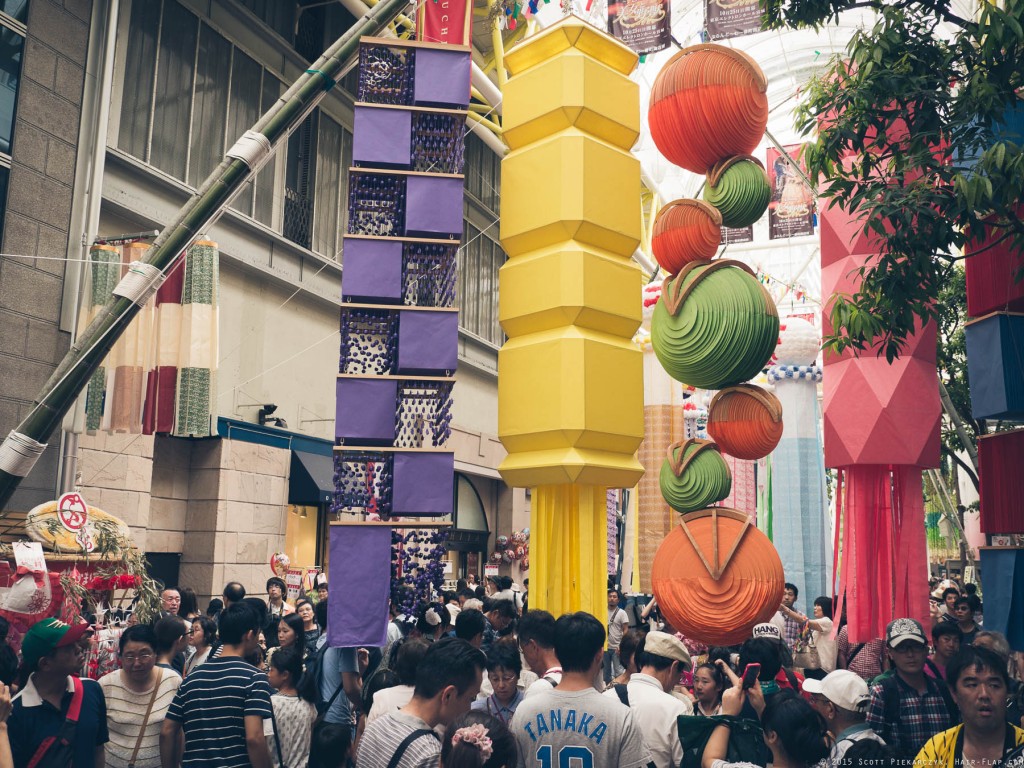 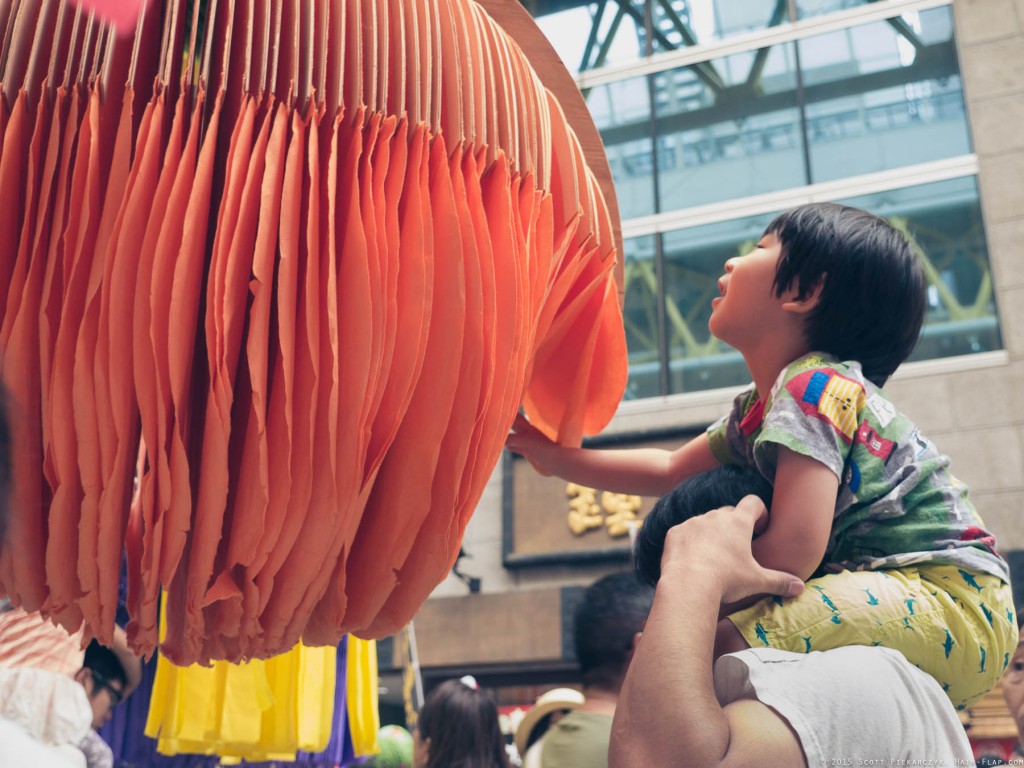 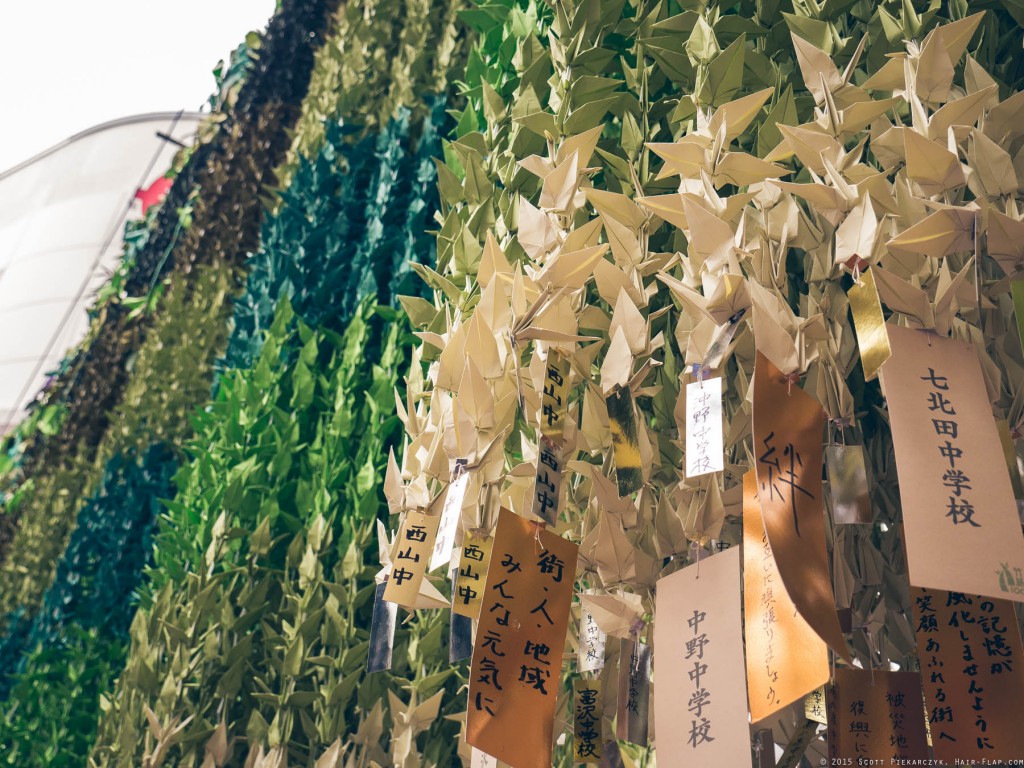 These Fukunashi were made completely of origami cranes (symbols of hope and healing in difficult times) in honor of the 2011 Tsunami. 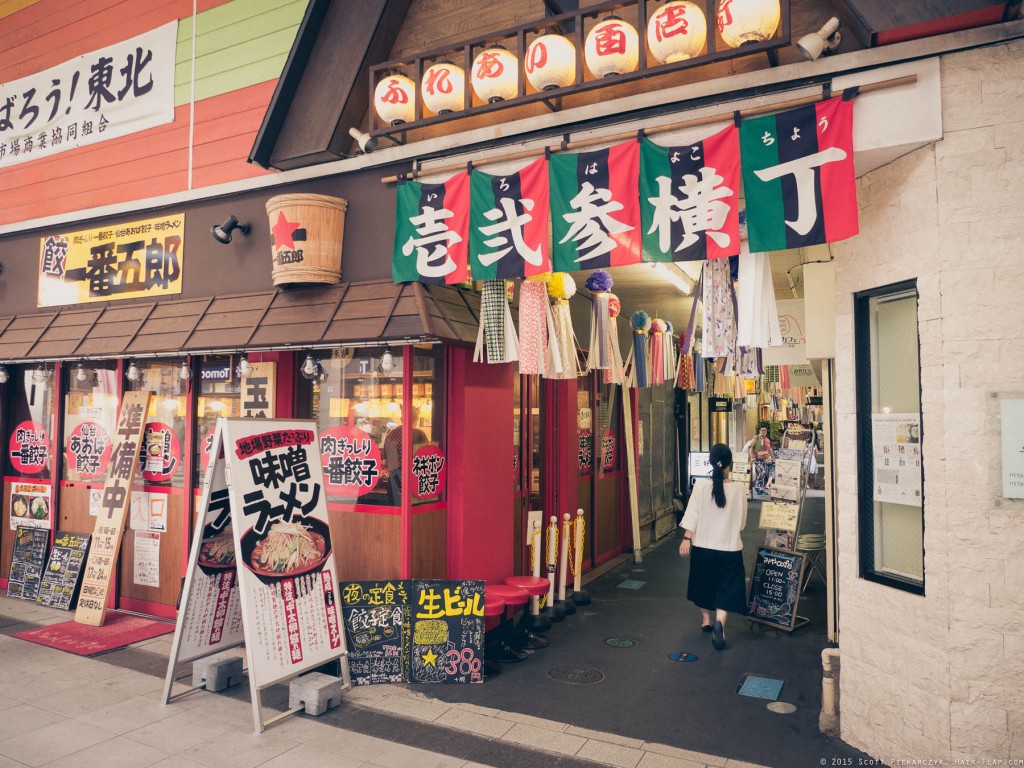 Even the historic Iroha Yokocho alleys got in the spirit with little mini Fukinagashi. 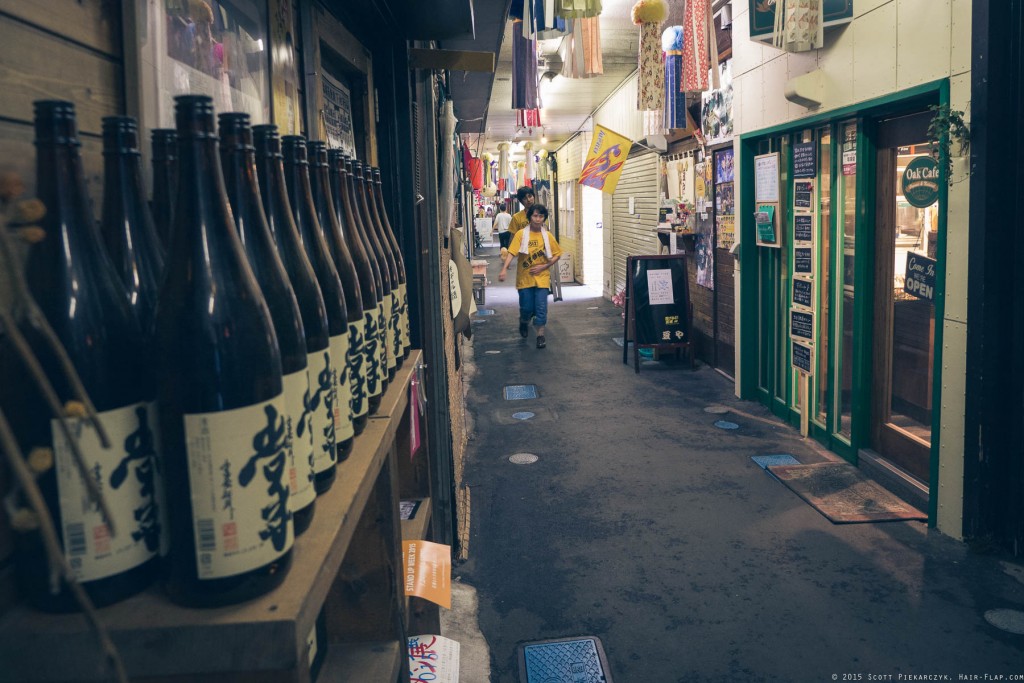 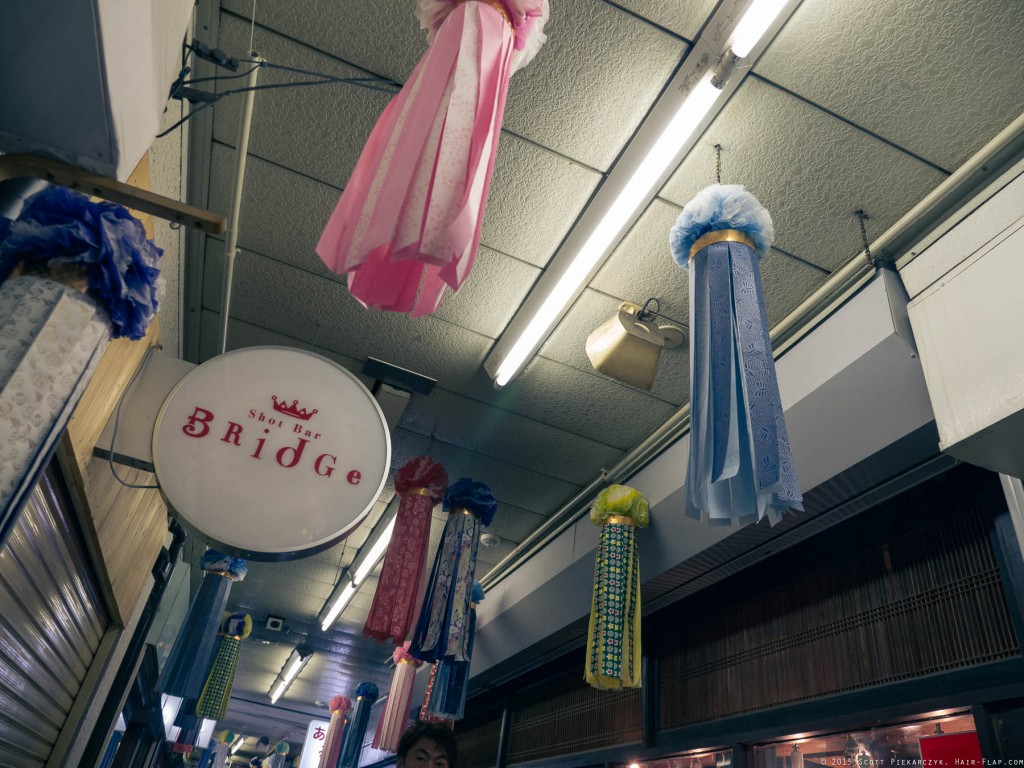 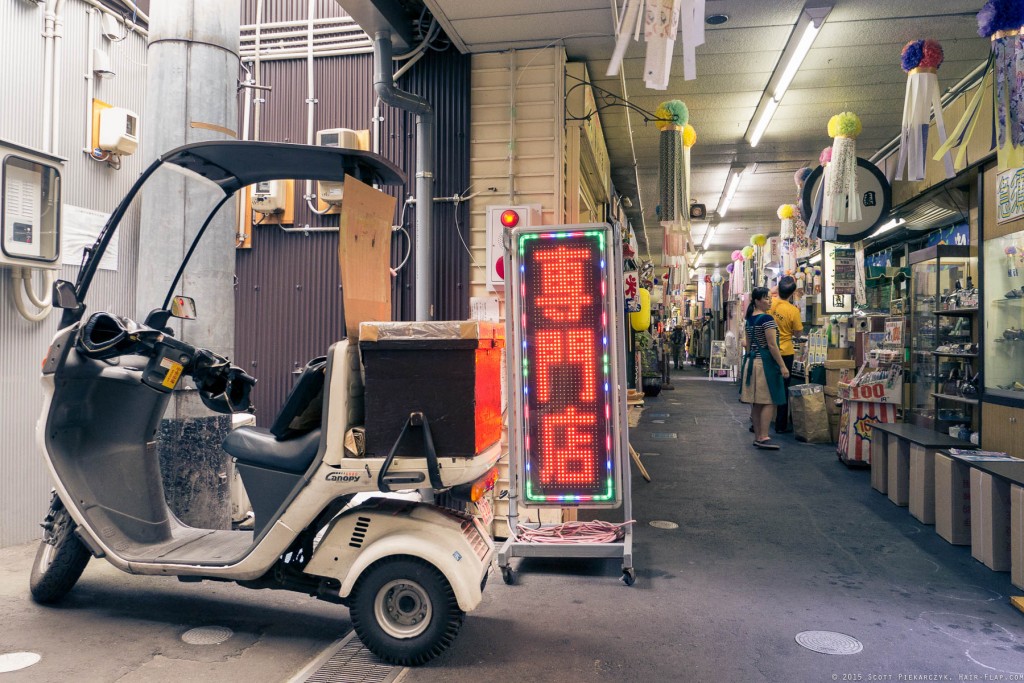 Trying to move through a mountainous backlog of photos here in the next few weeks. Hopefully more to come soon.