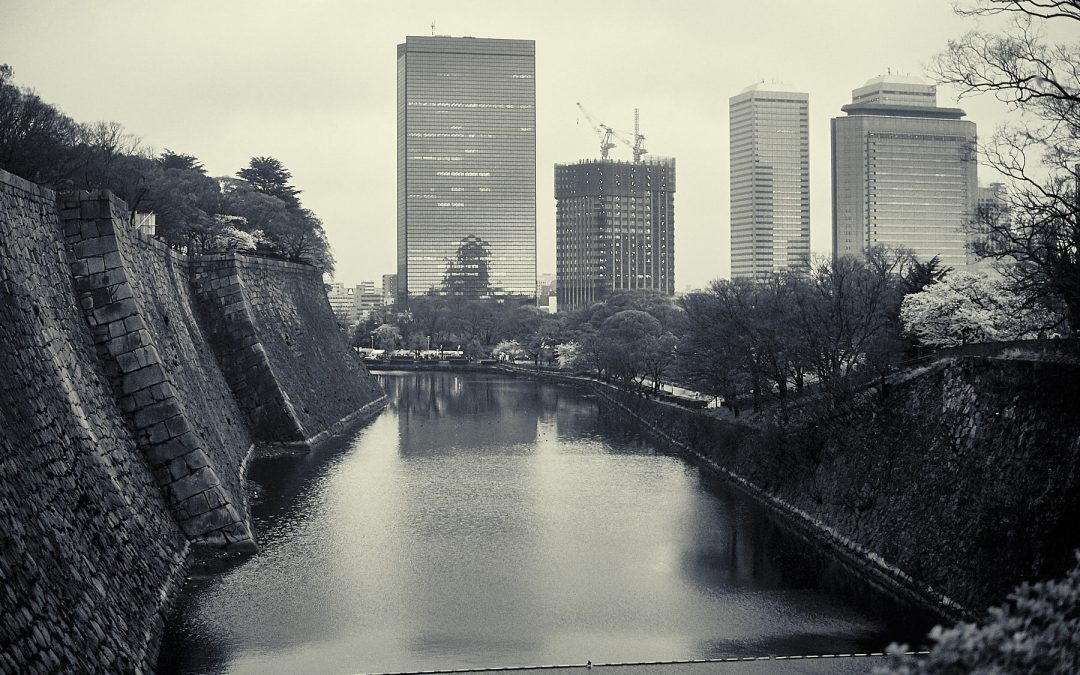 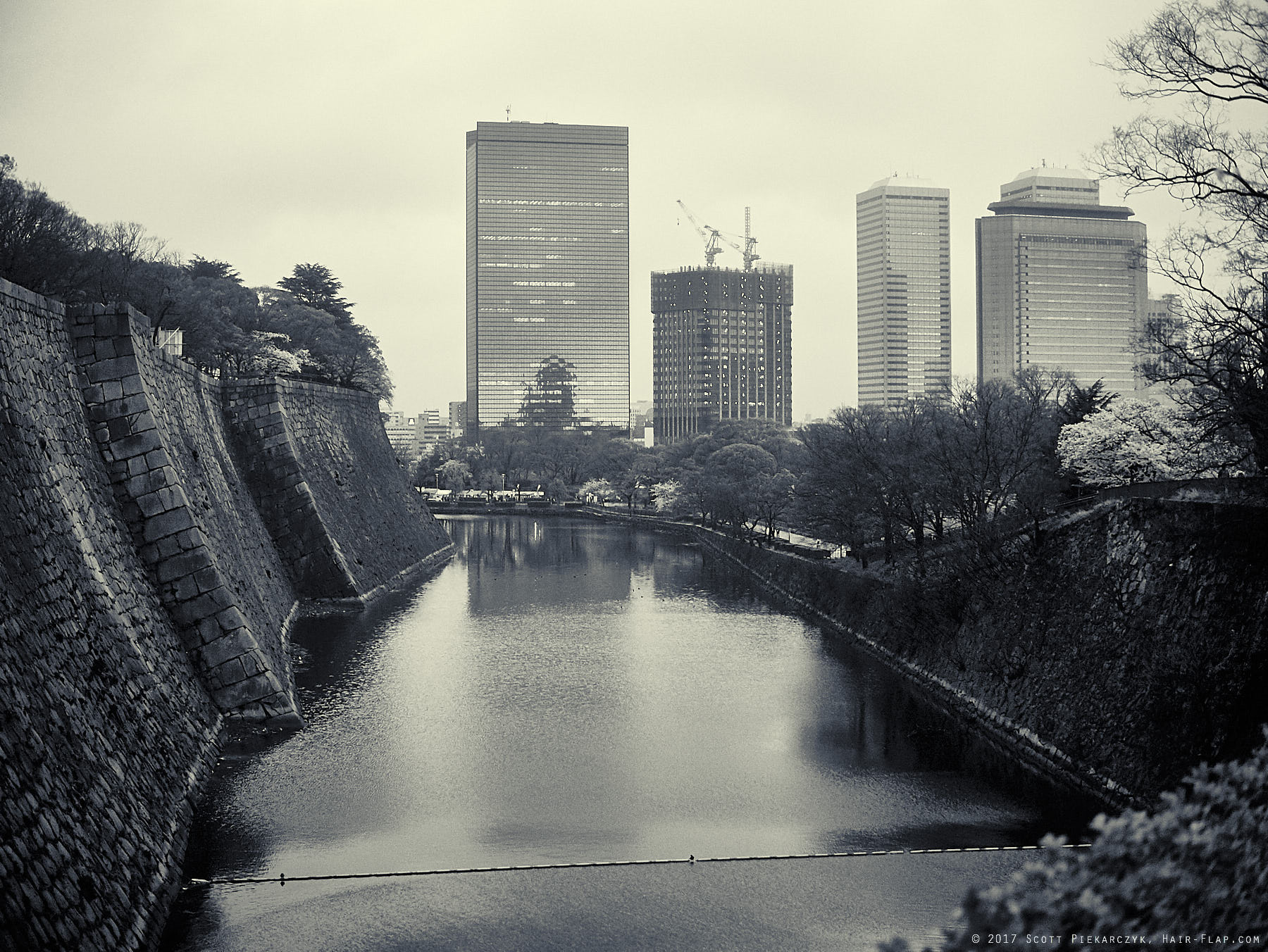 After all the hype, this year turned out to be a thoroughly grey and wet Hanami on the day we made our outing under the blooming Sakura trees.

That’s not to say the whole season was like that, of course. It just happened that the day we met up with some Mary’s co-workers and went to Osaka Castle was defined by the rain and the distinct desire to not sit on a tarp under a tree and drink.

Of course, others weren’t as deterred as it wasn’t that rainy the first part of the day. 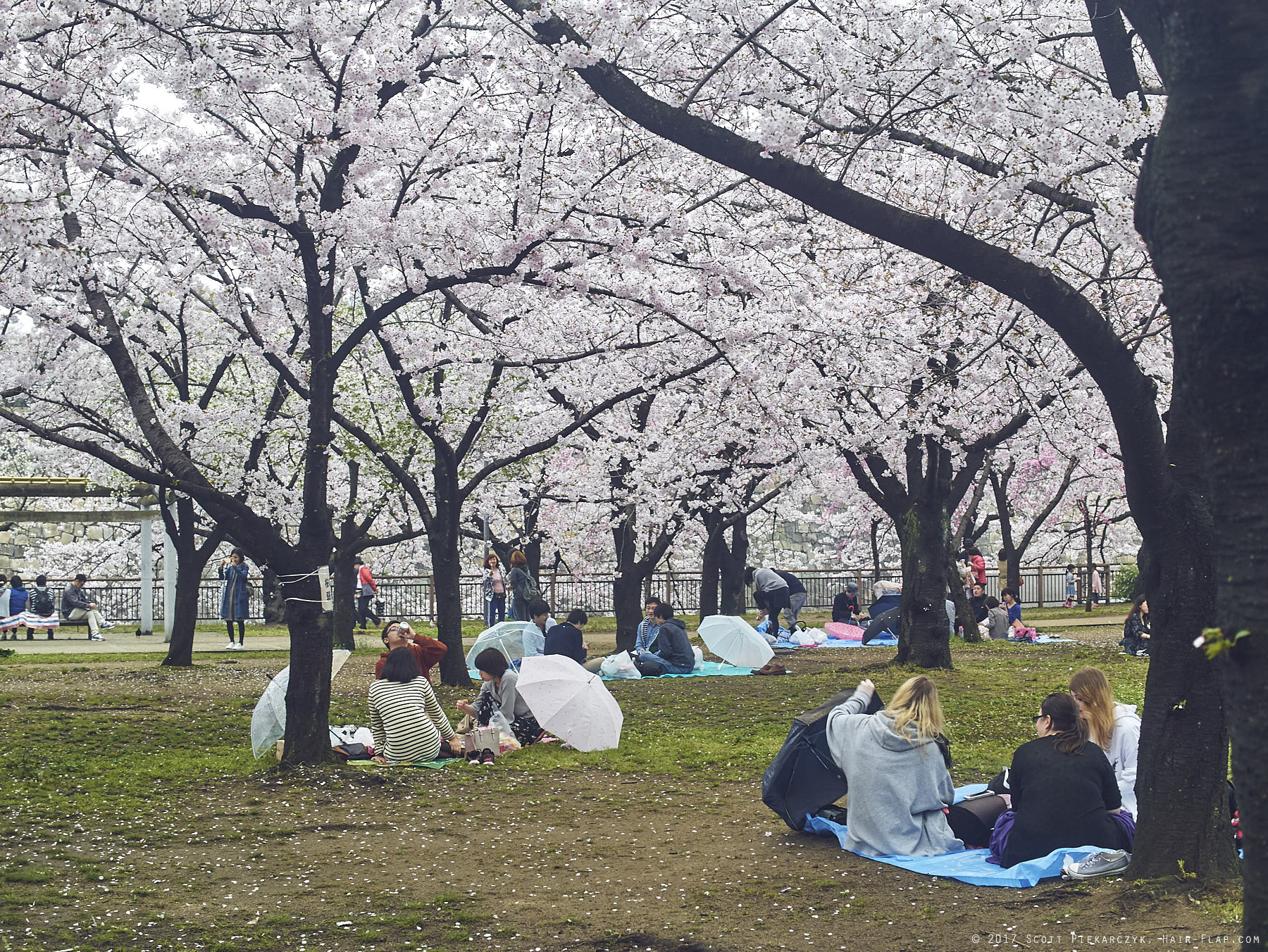 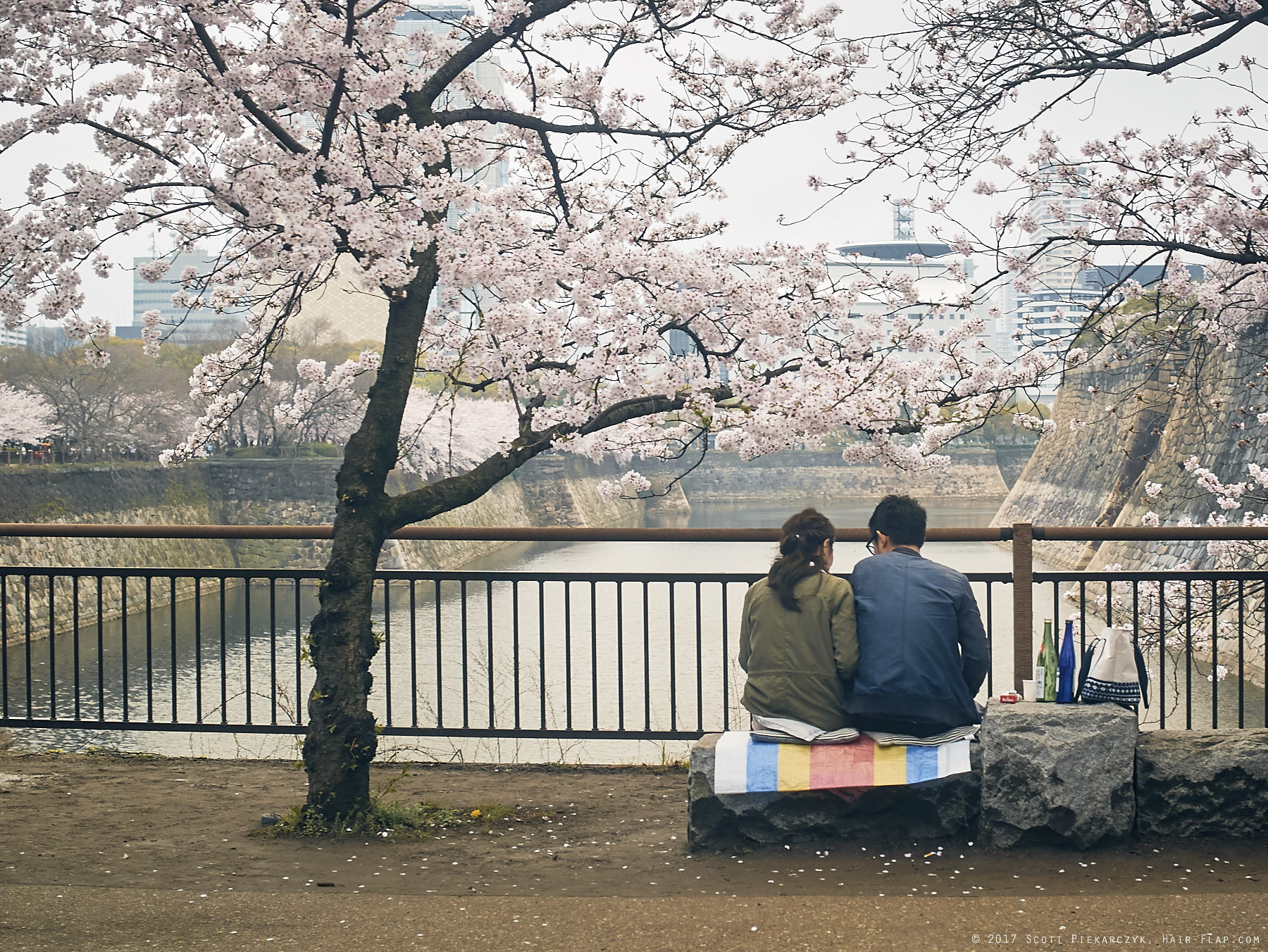 When’s the last time you saw a porta-potty with a built-in sink and running water? Ah, civilization! 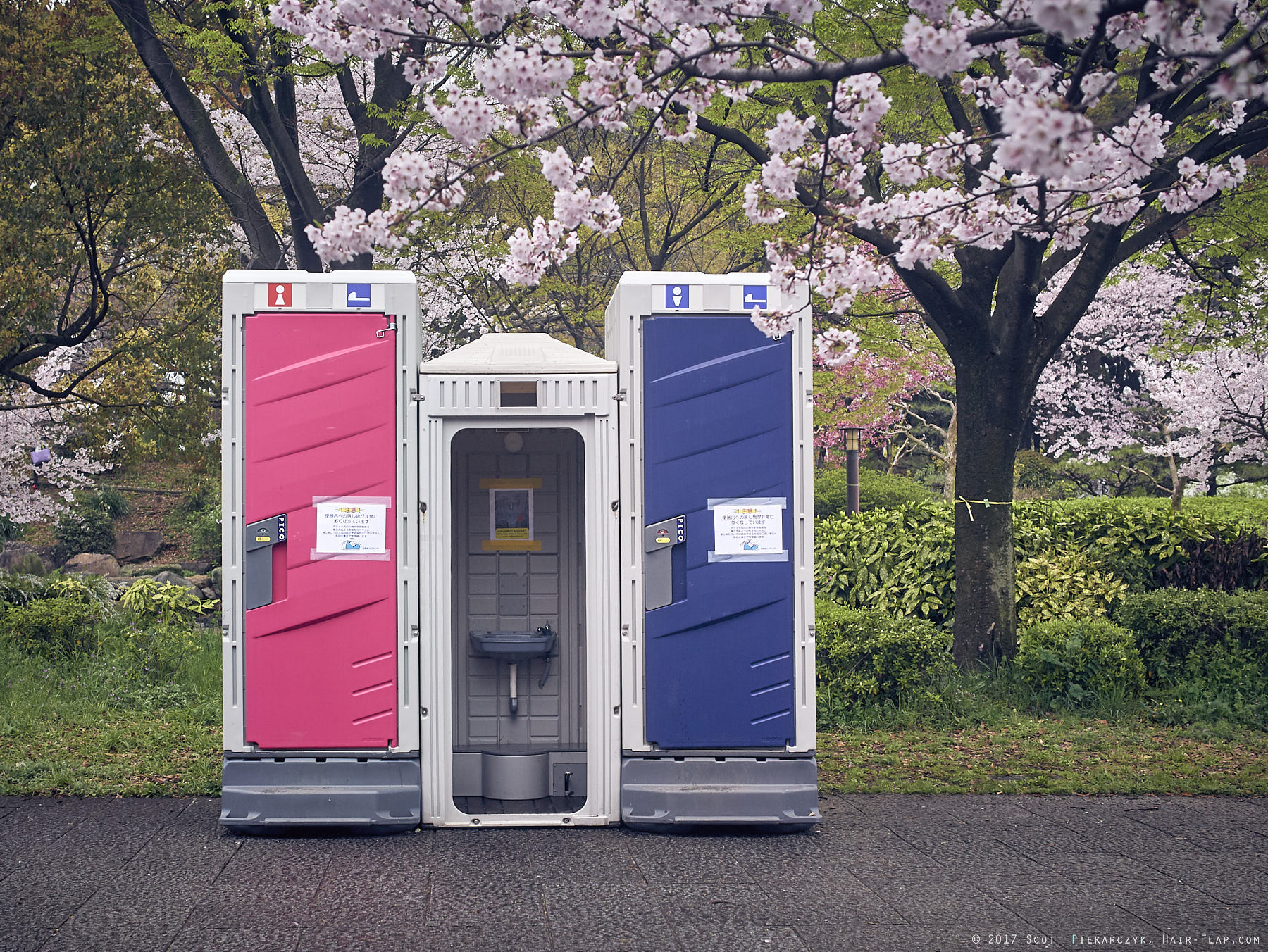 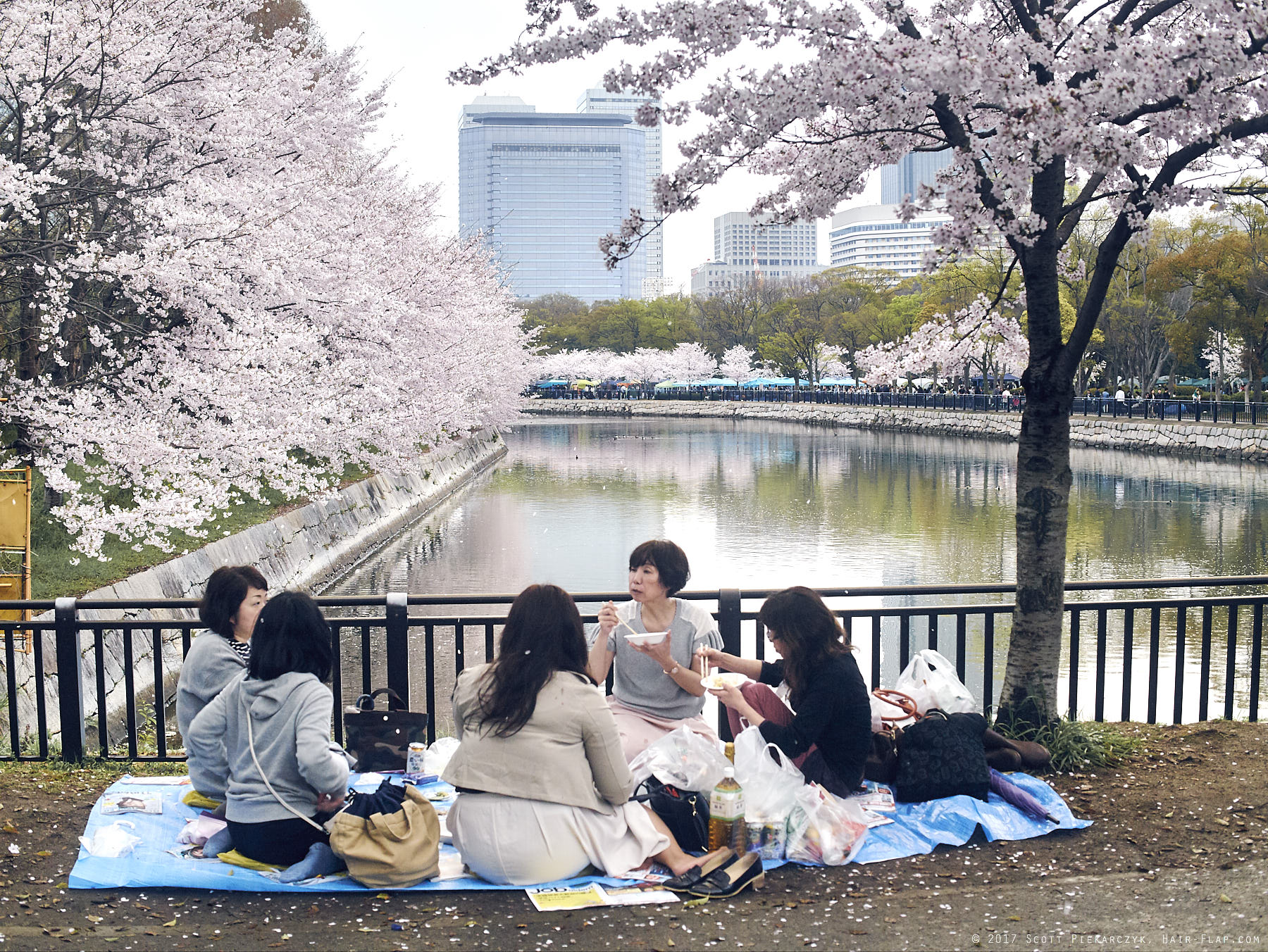 Before long, it started pouring so we decided to deploy umbrellas and walk around the castle grounds. 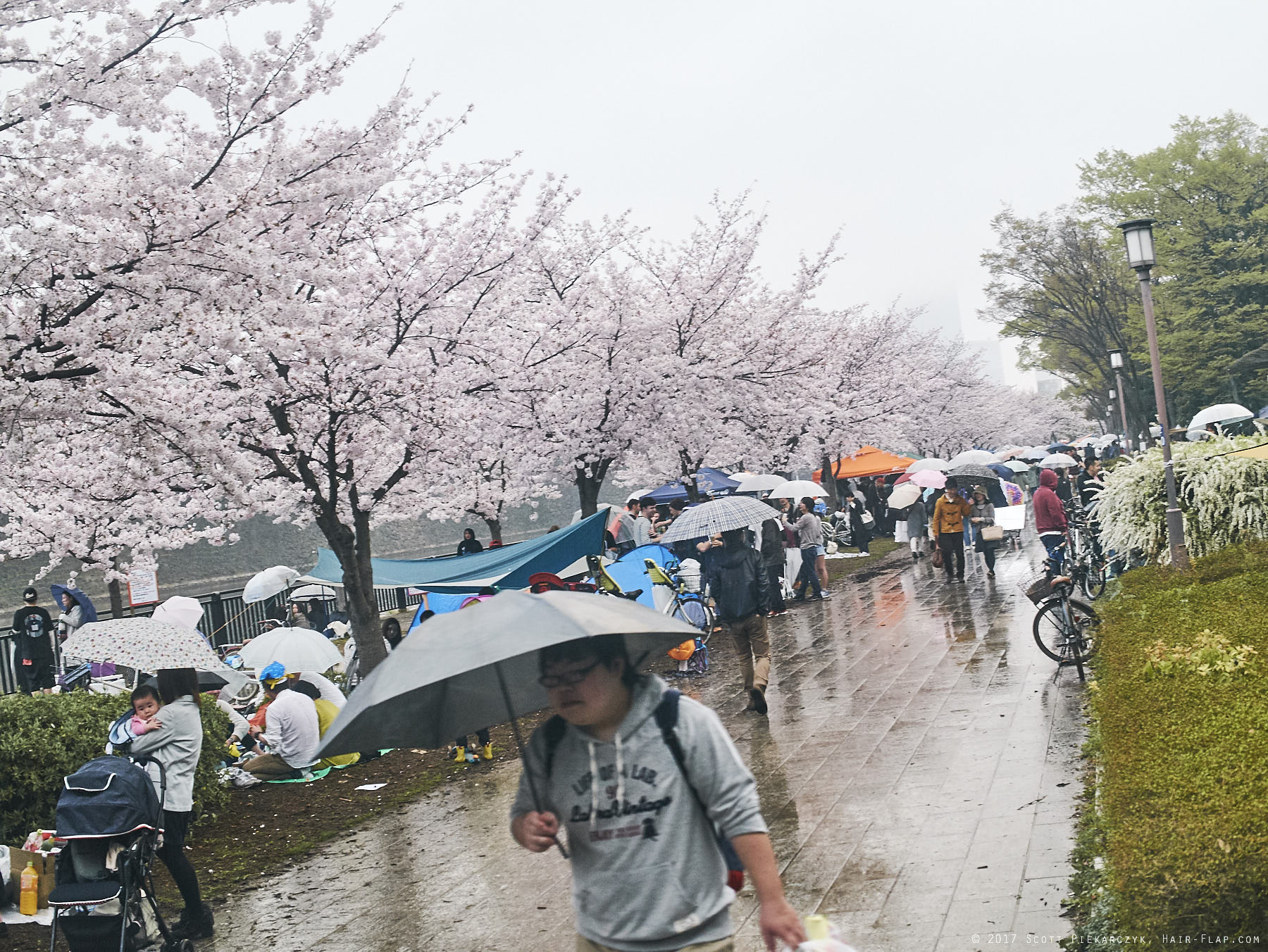 See, this is what I’m talking about. Would you want to sit on this? 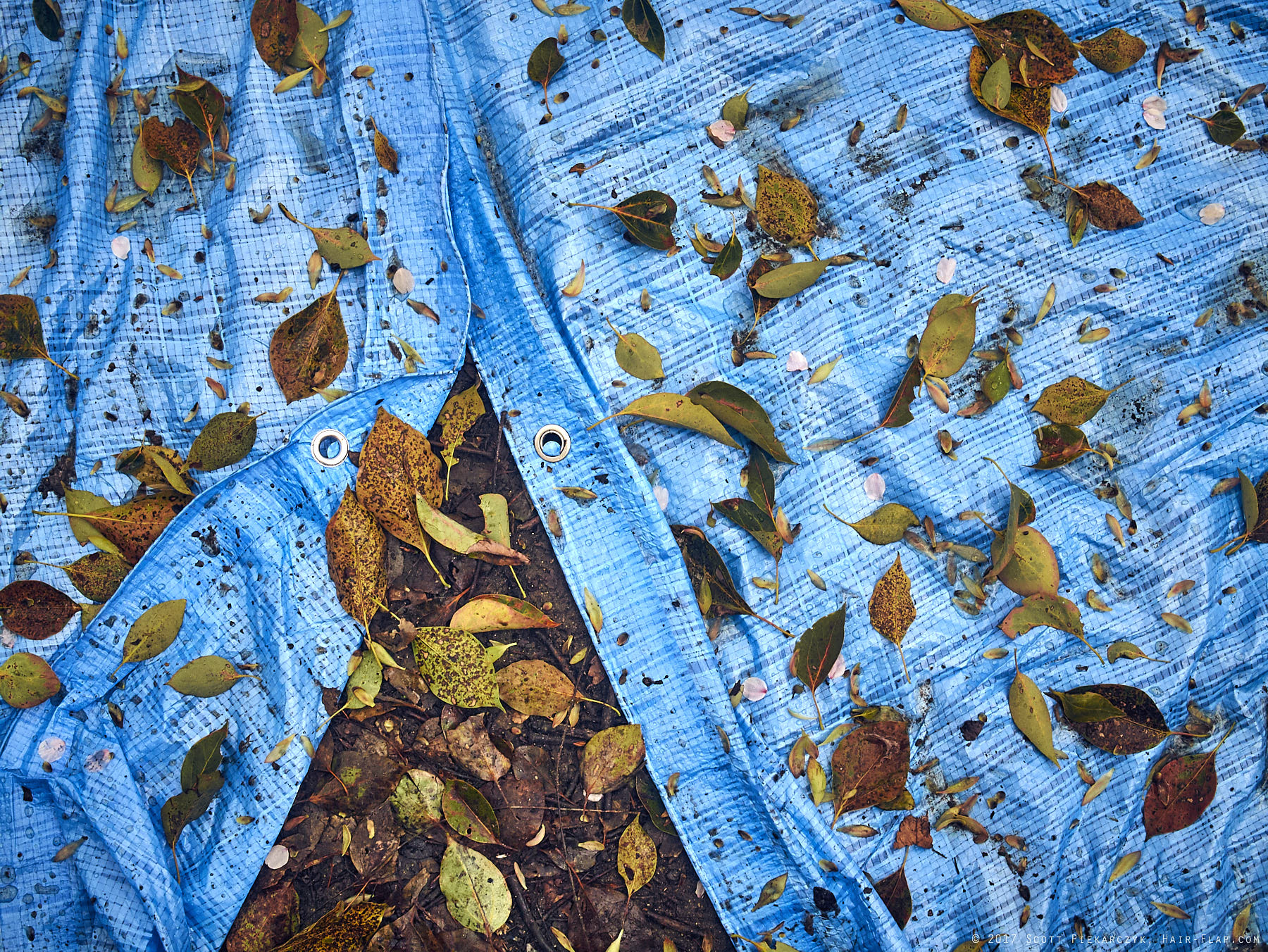 However, as these things usually go, as long as you enjoy the company of the people you’re with, dodgy weather doesn’t stand a chance of ruining your fun. And it’s not like a little drizzle is going to keep the food stands from doing business. 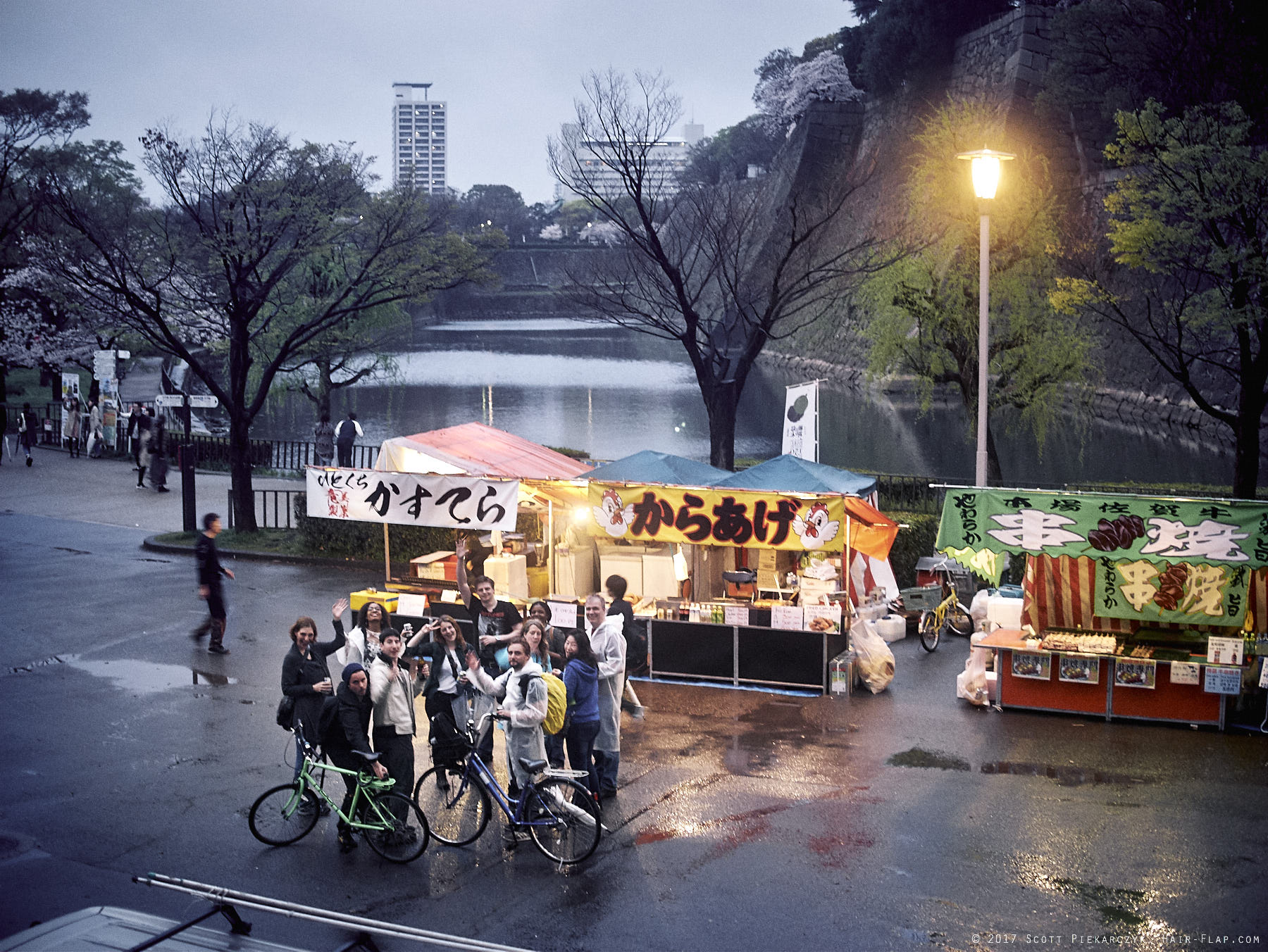 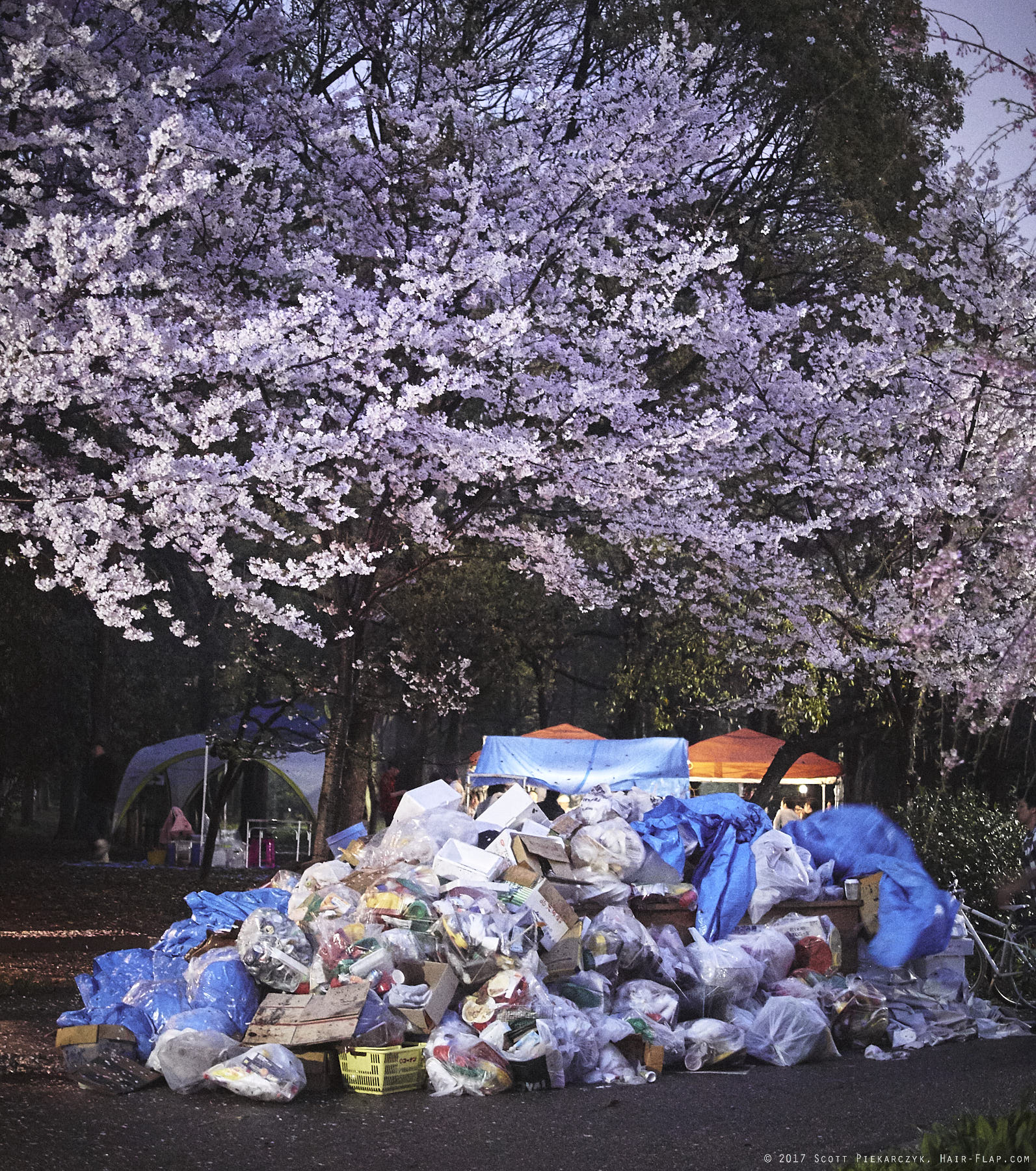 By the time we’d walked all over the sun was down and the castle illumination was kicking in. Certainly not one of the more beautiful hanami outings, but certainly a memorable one. 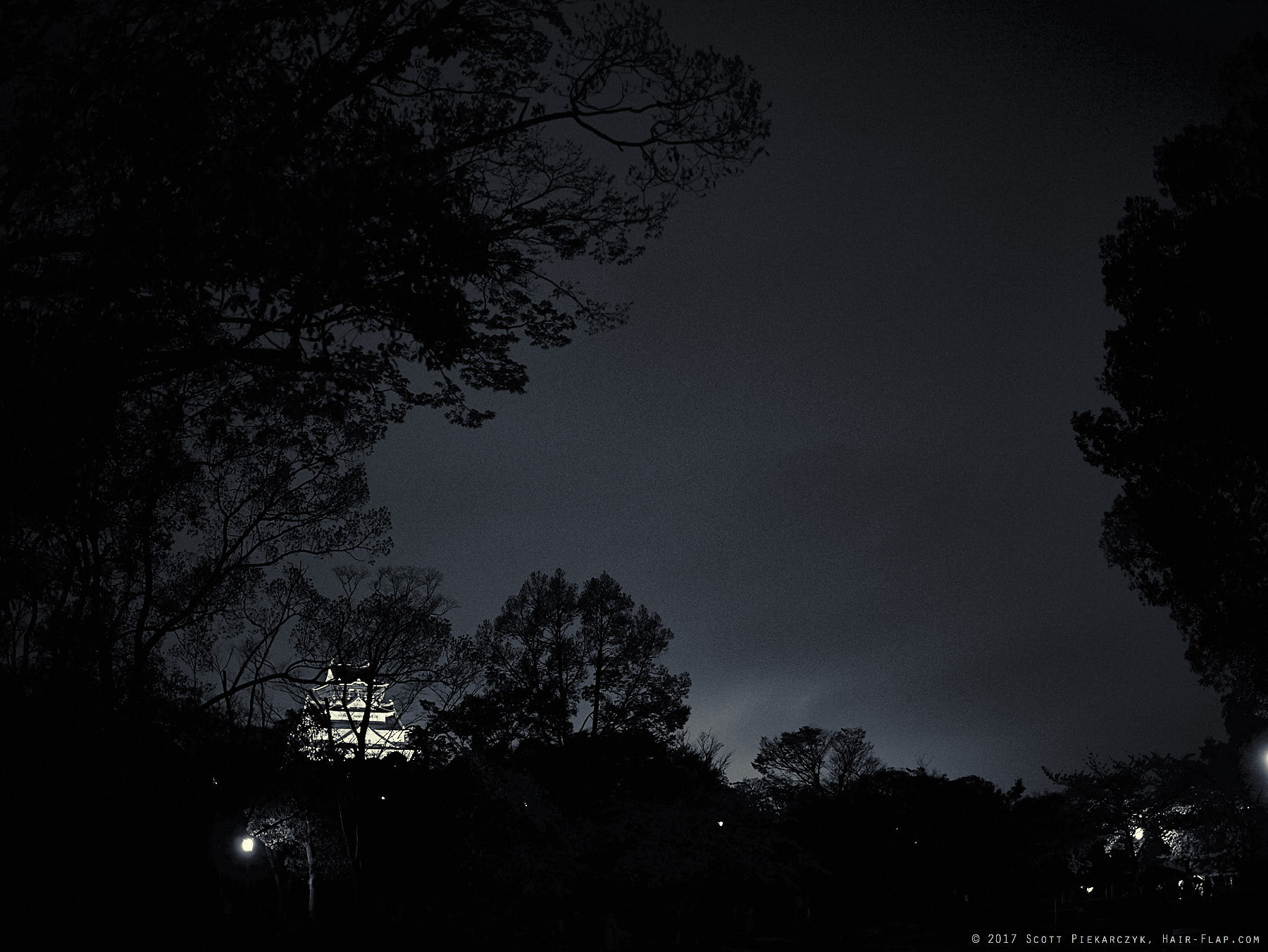