It’s getting Spring-y in Osaka these days. Winter clothes are getting put away and short sleeves are coming out. This weekend marked the end of Golden Week in Japan, the string of national holidays that create a week of vacation for most people and it was great weather. We stuck around town for the most part but on Sunday afternoon I wanted to get out on my bike and get proper lost in the city a bit, my preferred way to get to know the area I live in.

On the north side of Osaka Castle a couple of rivers converge and there’s a little park where some old guys had mounted fishing poles to the railings and were sitting back in the shade waiting for the fish to bite. You might imagine they were a bit annoyed when this group of jetskiers cruised by in close proximity to their lines, like a bunch of waterbound bosozoku (motorcycle gang). 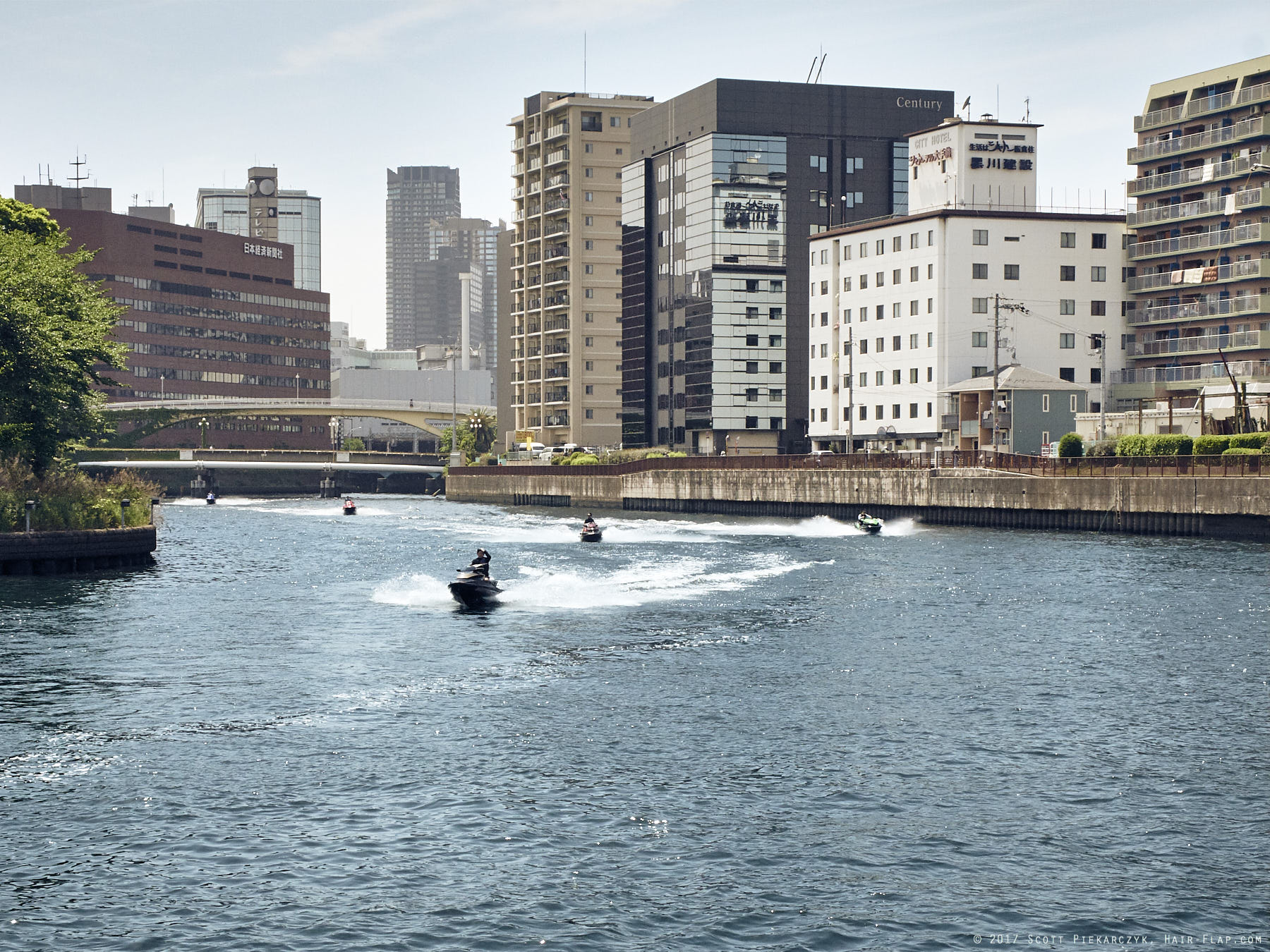 I continued north and crossed over Sakuramiya Bridge thinking that Kemasakuranomiya Park was looking rather nice and I’d eventually loop around and come back through it from the north. 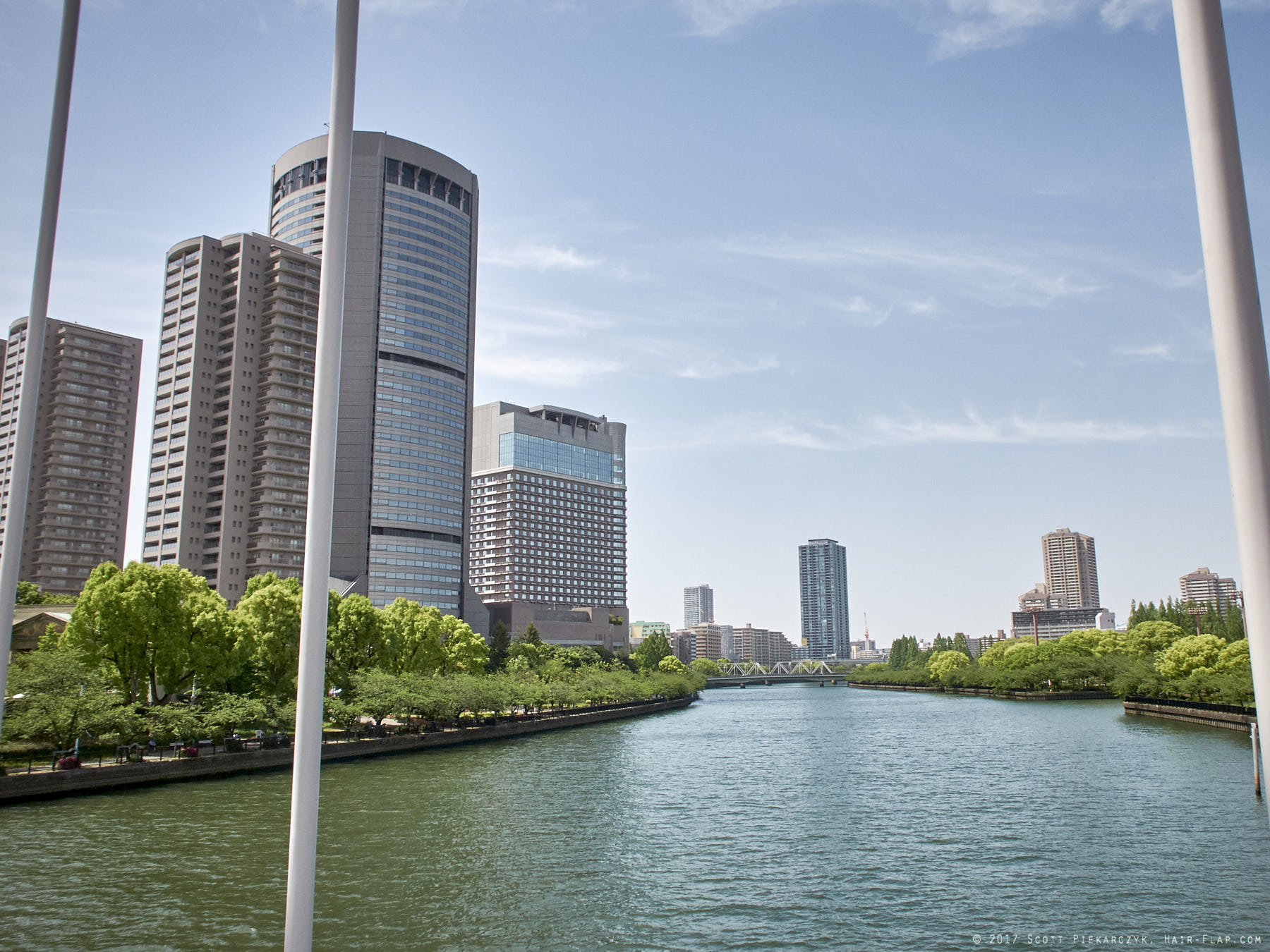 I eventually walked through most of the Tenjinbashi Shotengai (shopping street), which wasn’t terribly thrilling by itself, but had some interesting side streets. 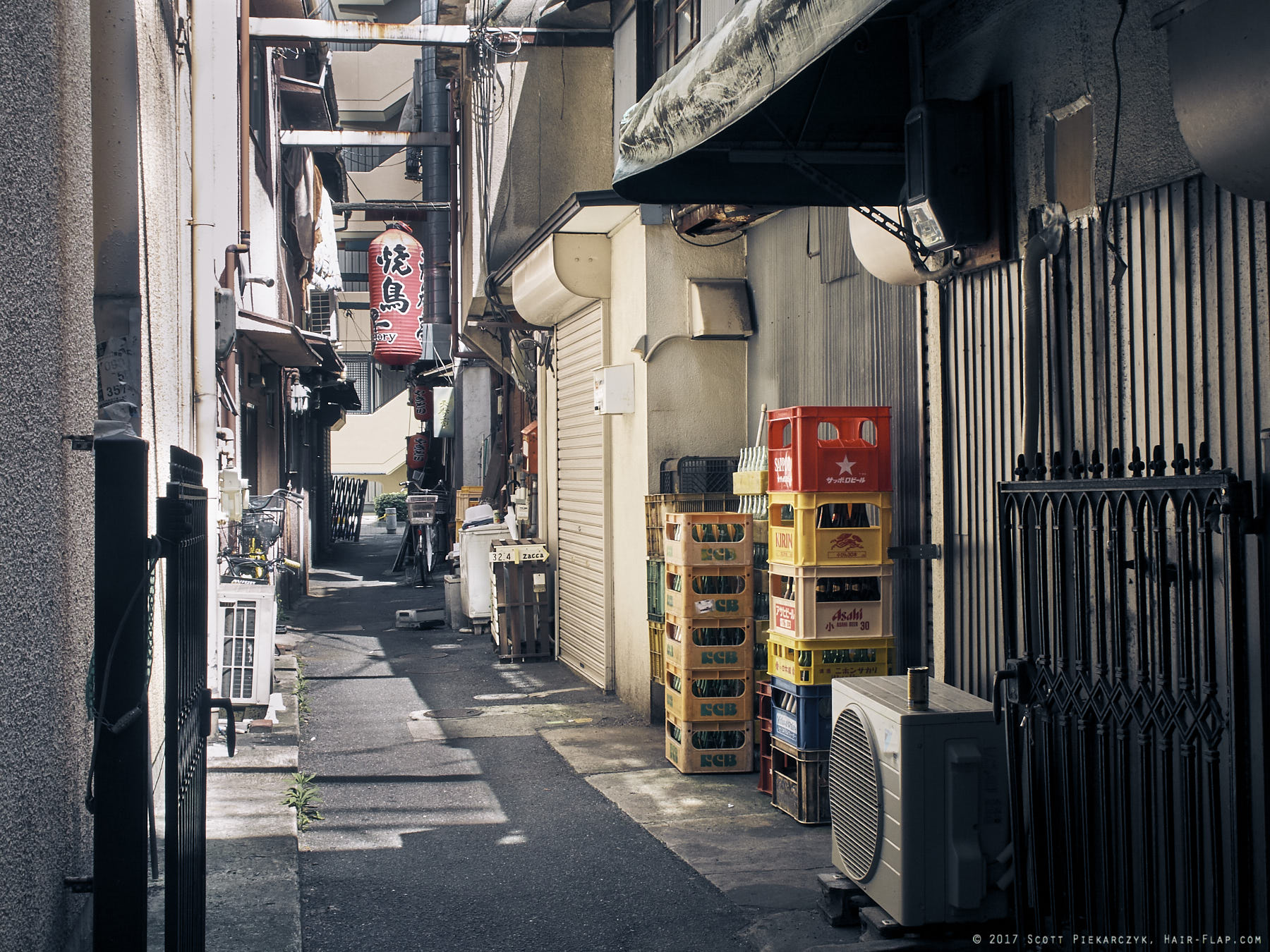 Eventually looping back down to the park, I was pleased to find a nice pedestrian bridge to cross over to the shady side and relax near the water with a snack and a beer. Japan is so civilized when it comes to public drinking. 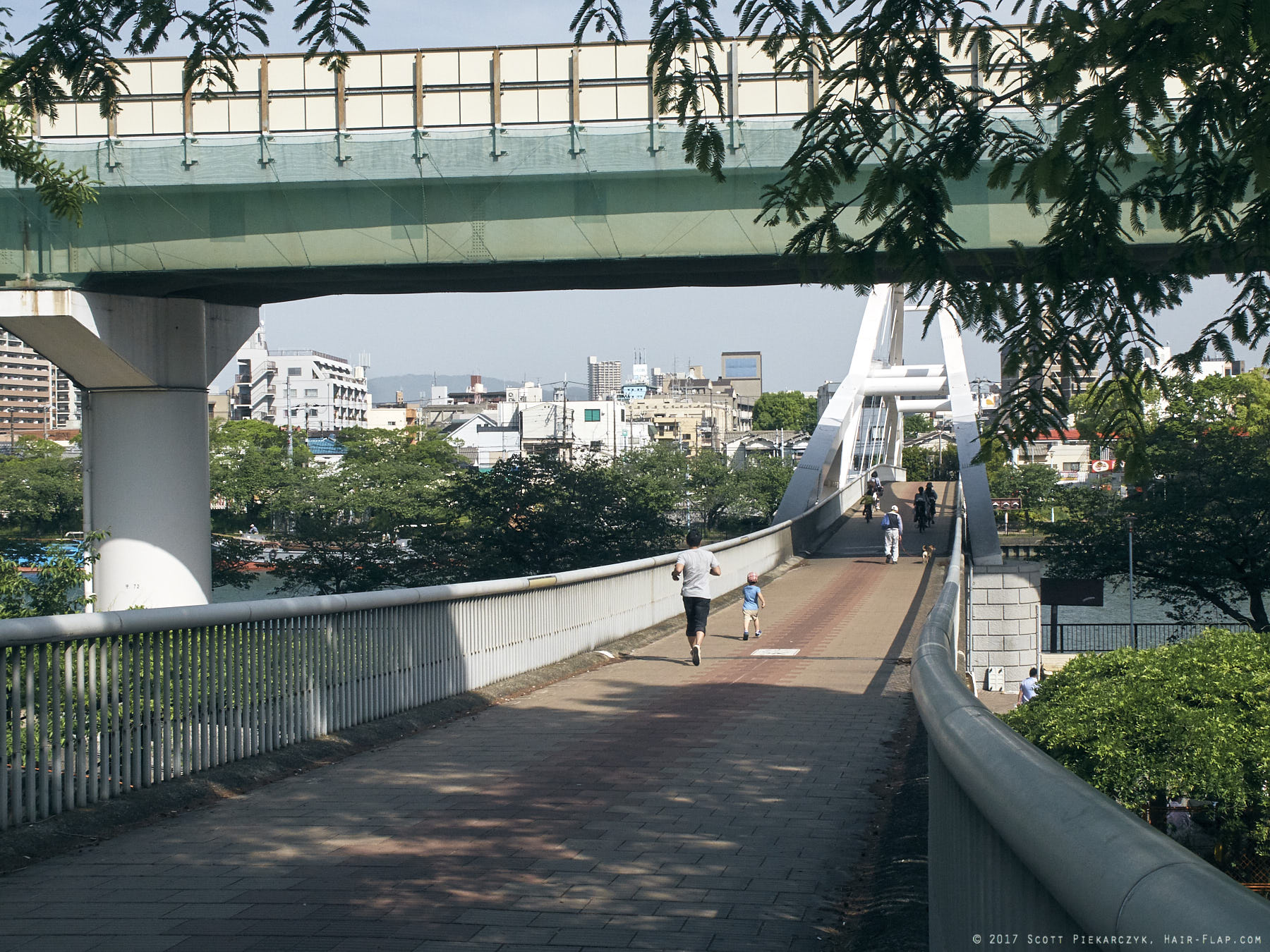 When I finally got close to my home base of Uehonmachi, I went through a neighborhood I’d never been through before even though it’s just on the other side of the main train station. I didn’t make any earth-shattering discoveries but still funny to think I’ve been within 10 minutes of all this for over a year and had no idea it was there.

All in all, a nice outing on a nice day. Perhaps the best thing about it was remembering how much I actually enjoy going out with no purpose and just seeing what’s out there beyond my usual stomping grounds. I think I’ll try and make this more of a habit this year.