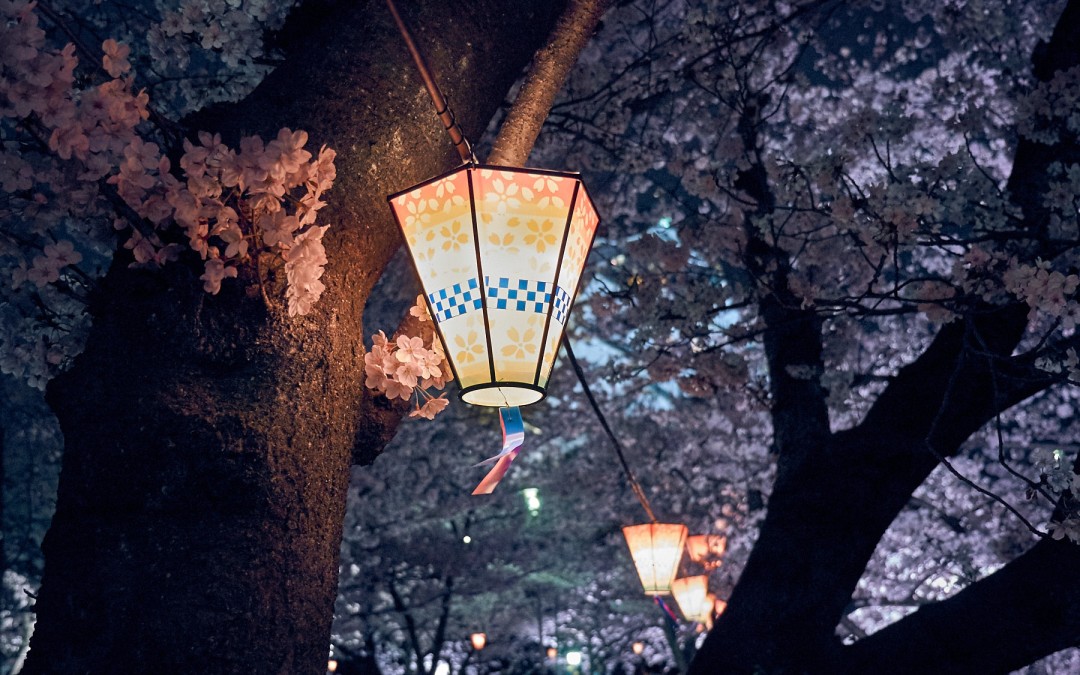 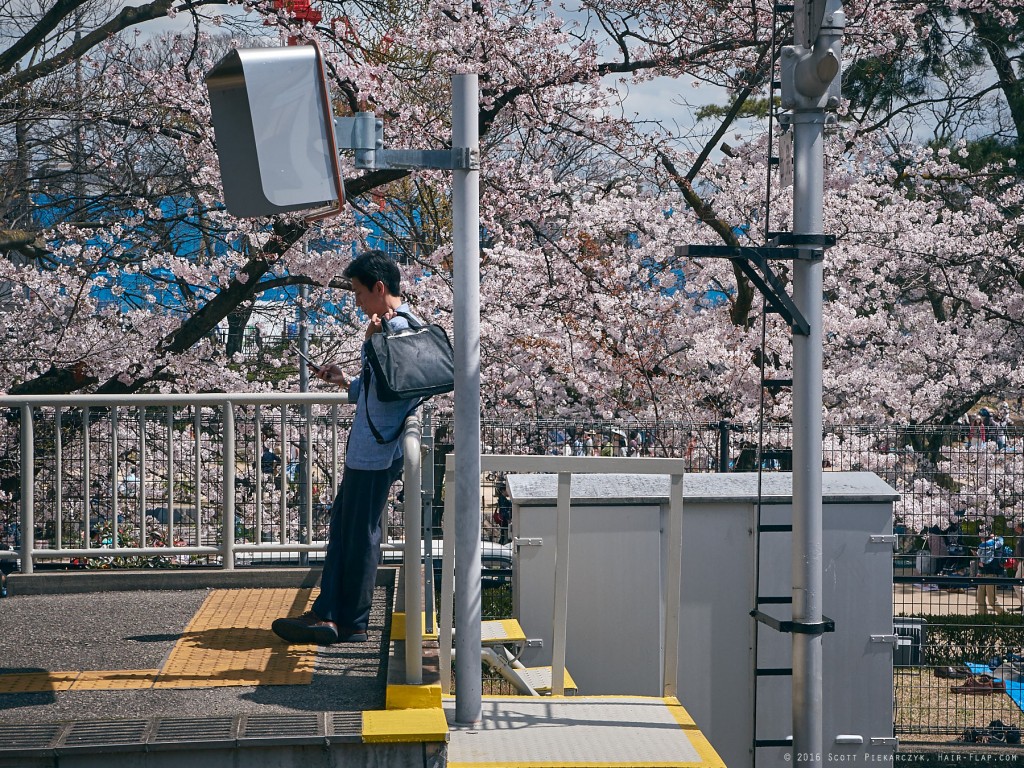 Last year we were in Tokyo for the blossoms and had a great time at Shinjuku Gyoen Park. This year I was personally lucky enough to have two good sessions on the same weekend. Last Saturday, I headed out to Shukugawa park to meet Big Matt and his family and we walked up the hill a ways along the river. 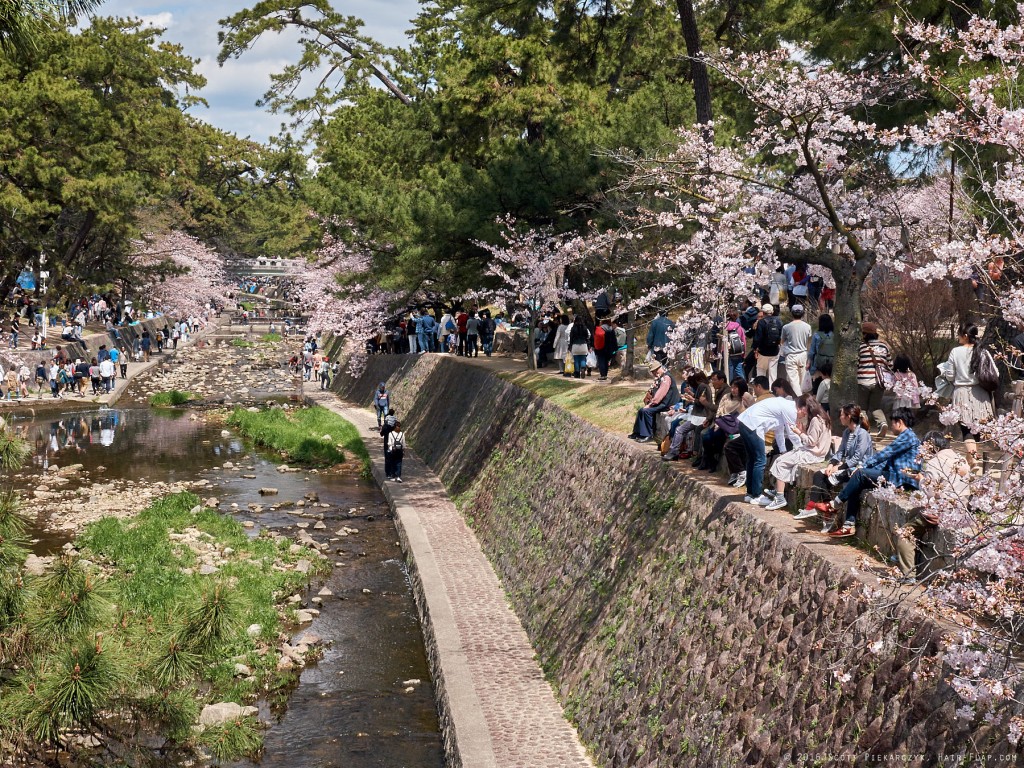 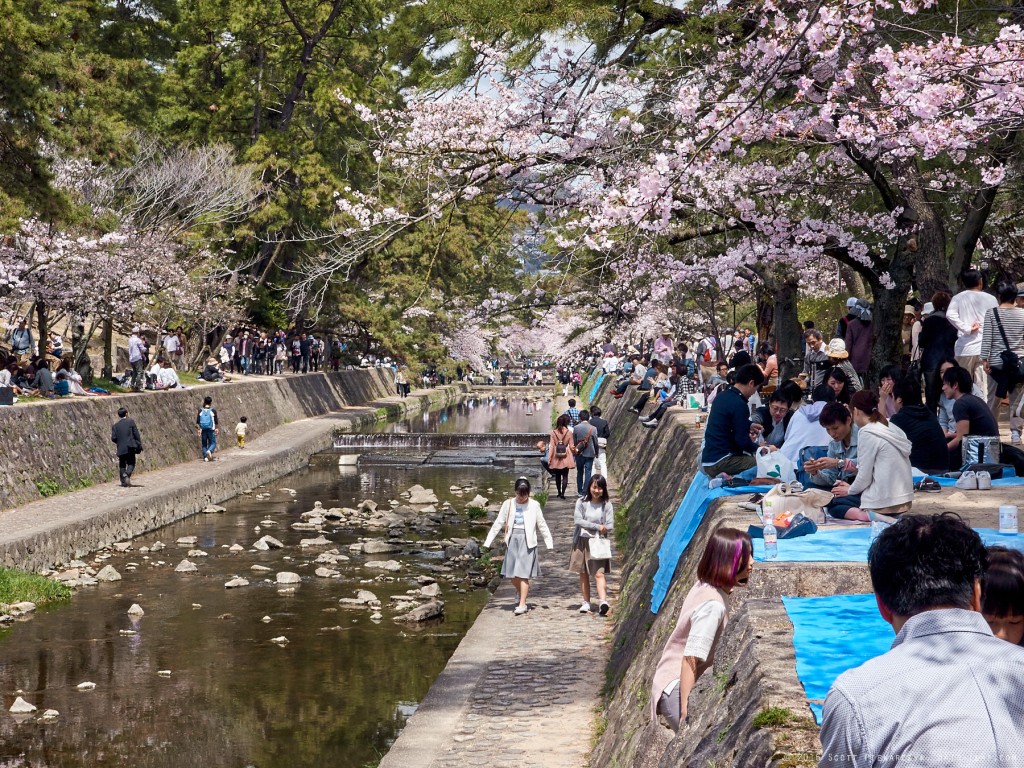 There’s a lot of lists of ‘Top Hanami Spots’ for the Osaka area but I can’t say I’ve ever seen this park on them. It damn well should be because it’s crazy beautiful and quite large. While it was certainly packed, there was also lots of space open if you wanted to set up a tarp and chill out for a while. Not to mention it’s right on the water so you can often enjoy some nice reflections as well. 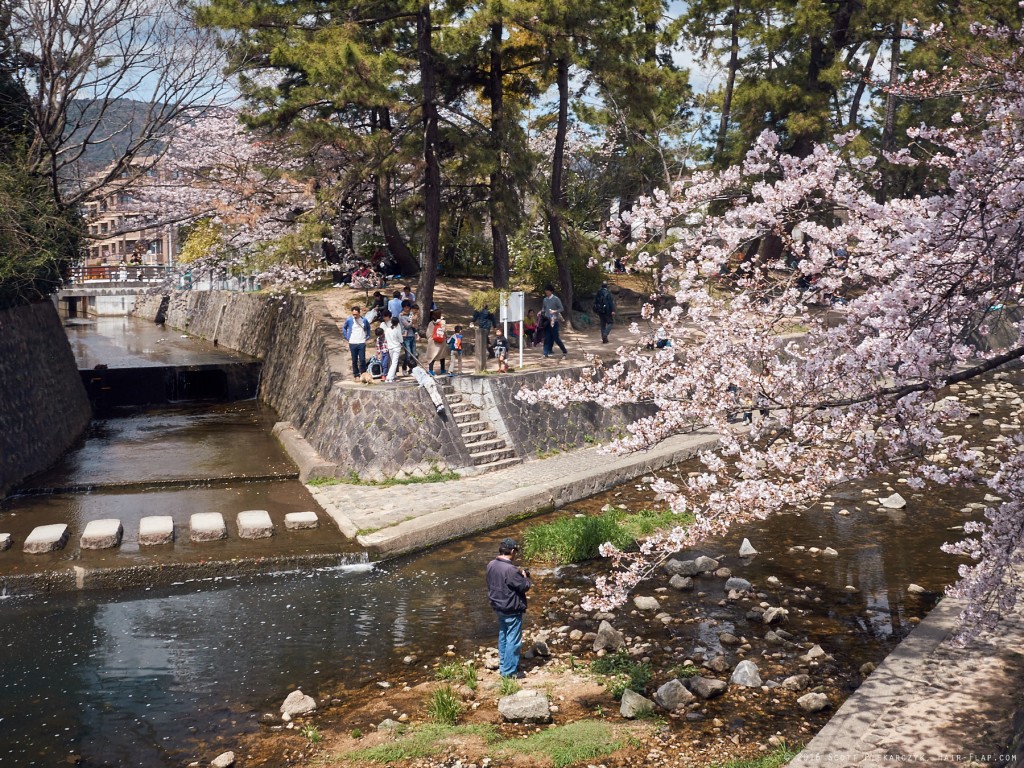 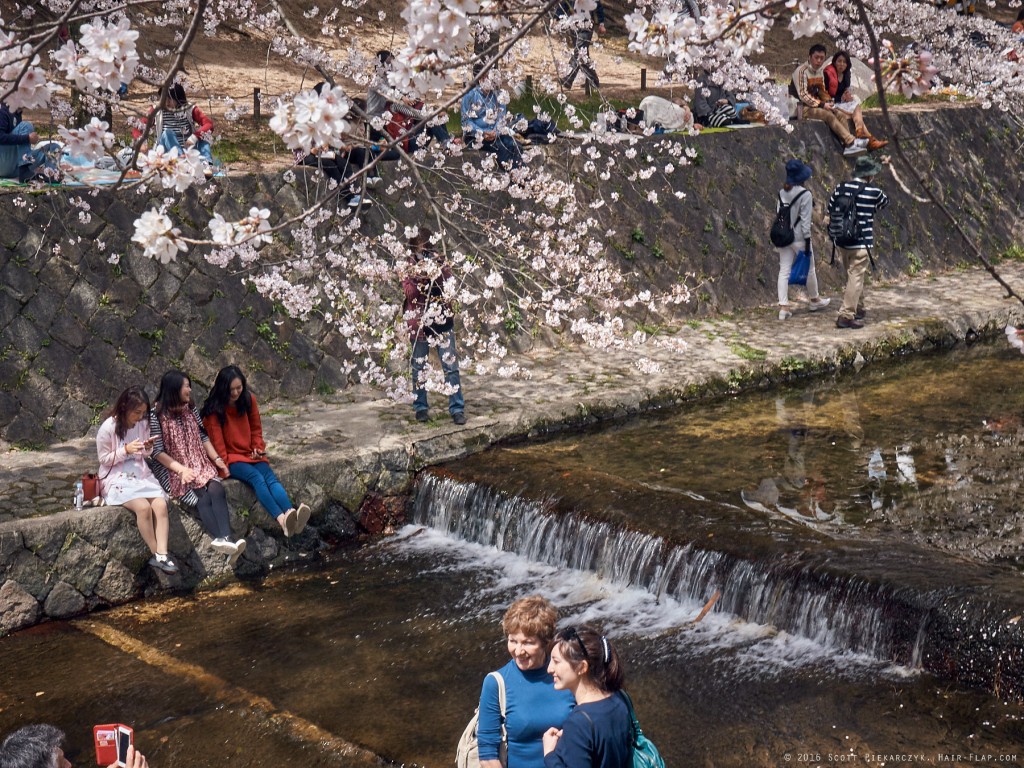 Of course, Matt will be the first to tell you that it’s not Hanami without a drink in your hand! Have I ever mentioned that public consumption of alcohol is perfectly fine here? It’s so civilized! 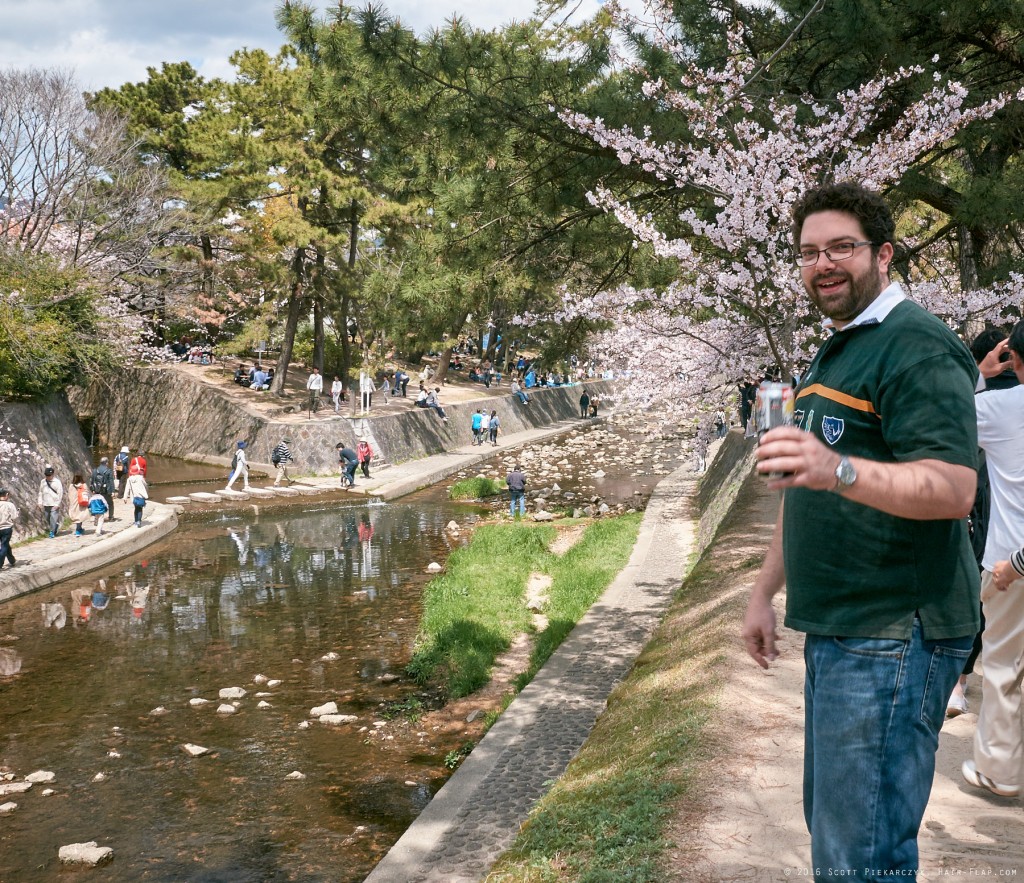 Look at those reflections! 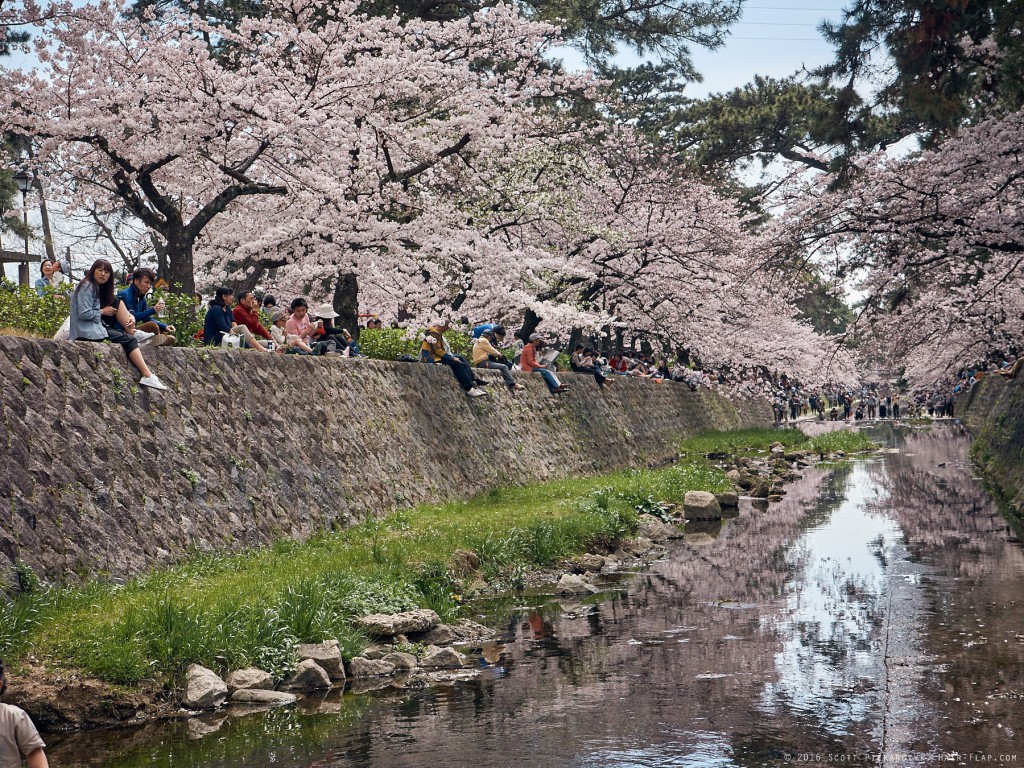 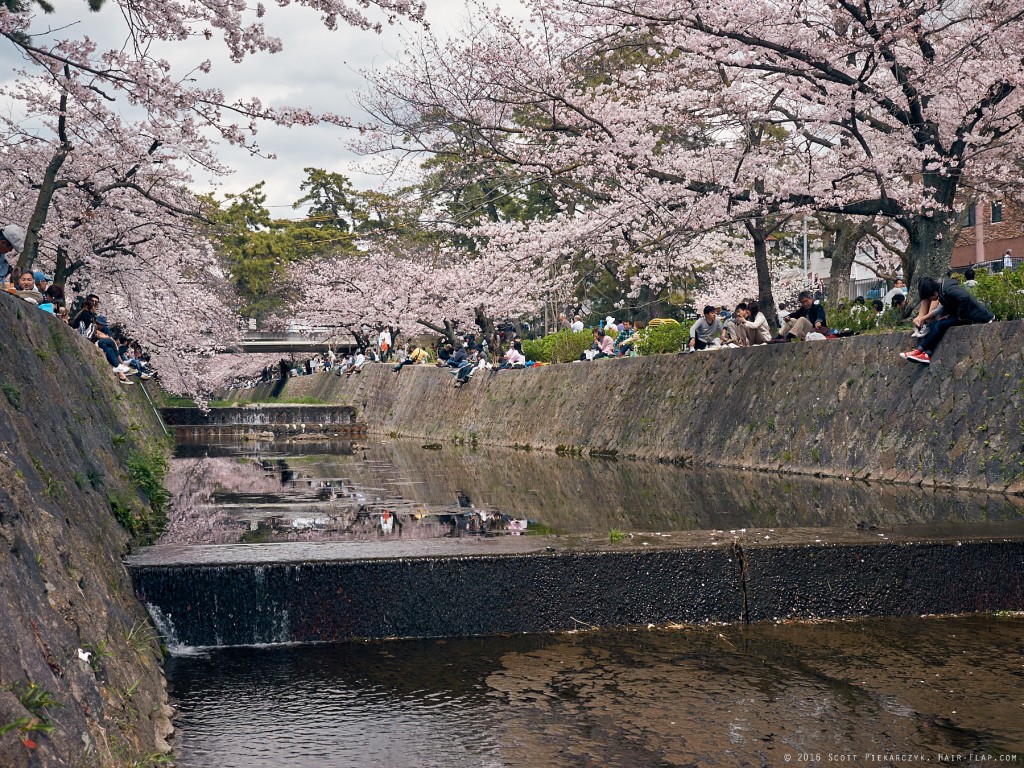 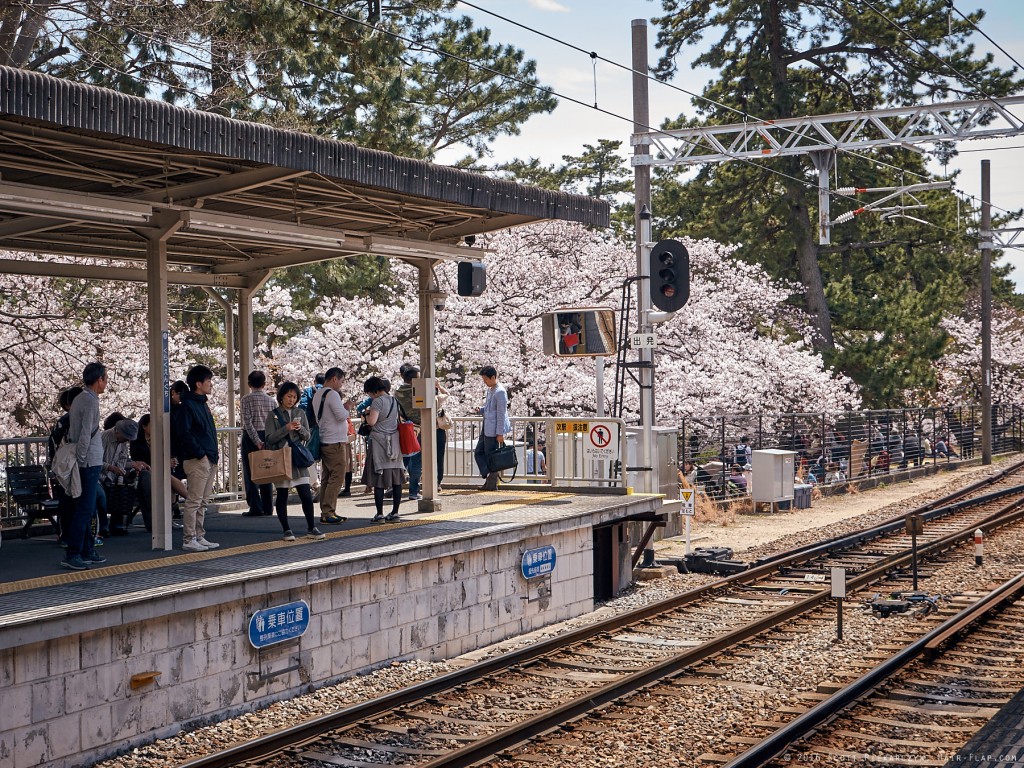 Sadly, Mary was super busy with work over the weekend so she wasn’t able to come out to Shukugawa that day, but we got out on Sunday night and headed up to Osaka castle. This one IS on all the top lists and it’s also quite great. What would have made it better was if I hadn’t taken one of the worst low-light cameras in the world with me to take photos. 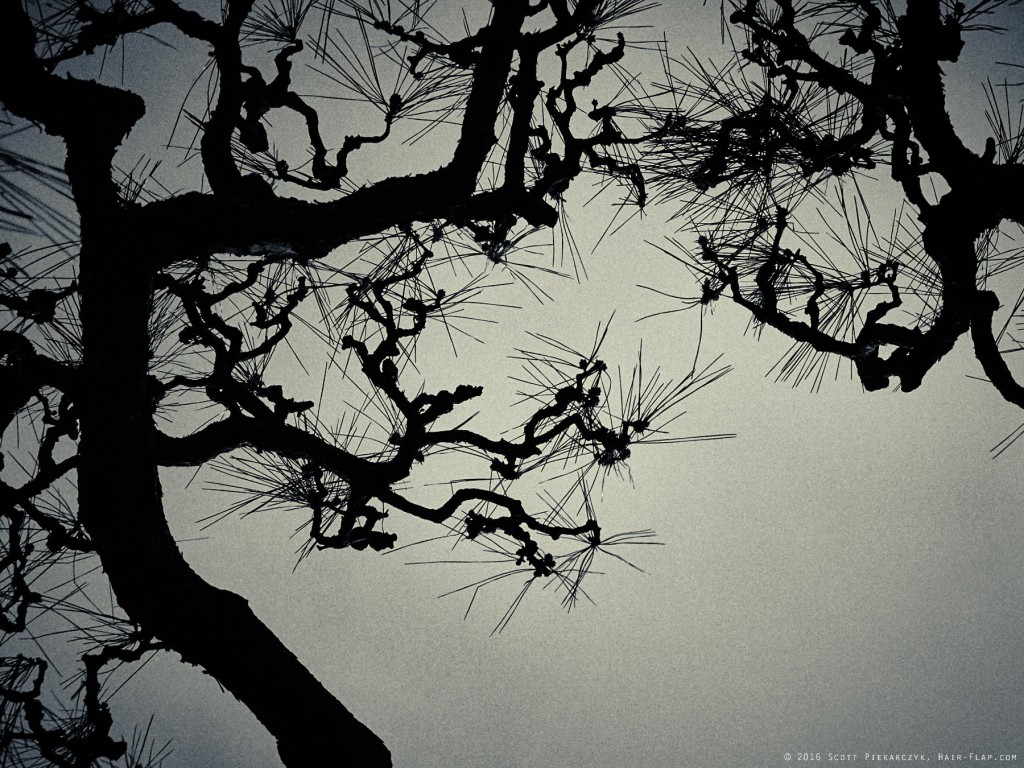 The GH2 is a fine camera and even now as it’s getting long in the tooth is still great for video, but heaven help you if you’re shooting stills at anything over 800 ISO. Completely unusable. I’m still posting a few of the photos so I can share something, but I wouldn’t even call these all right. They’re simply less-terrible than the ones that didn’t make the cut. :/ 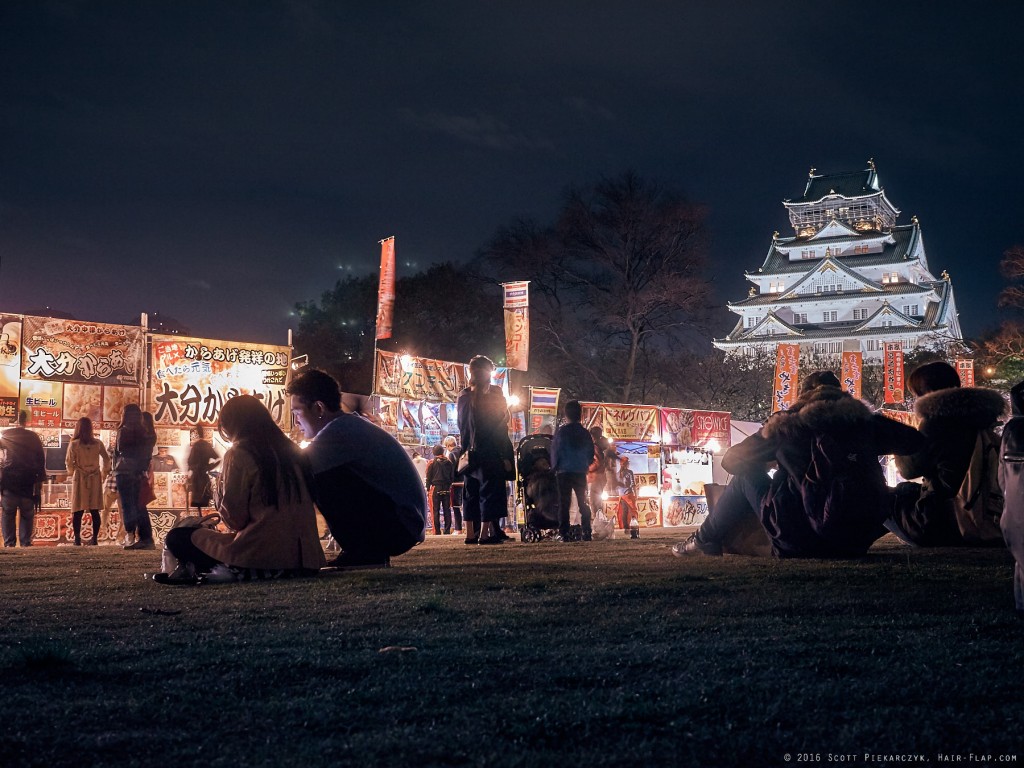 And while those were the official outings we had, the neat thing of course is that for that week or so, you can see sakura all over town. It really is like nature’s official herald of Spring telling you to get outside, take a deep breath, enjoy the impermanence of life and drink beer while sitting on a blue tarp. 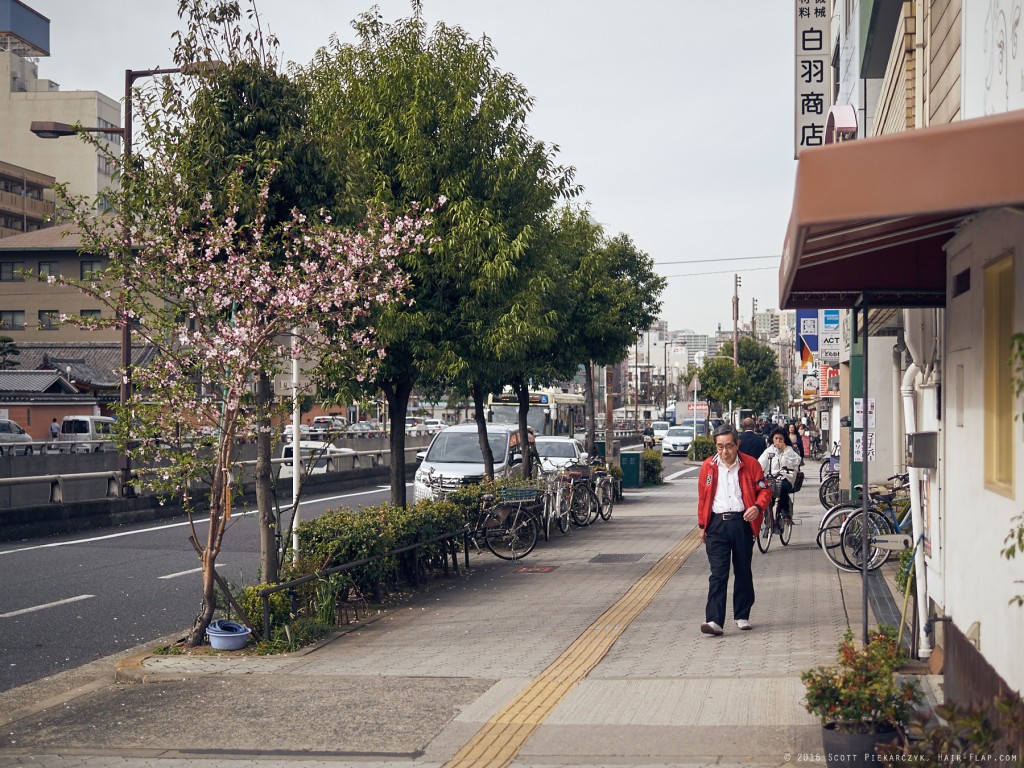 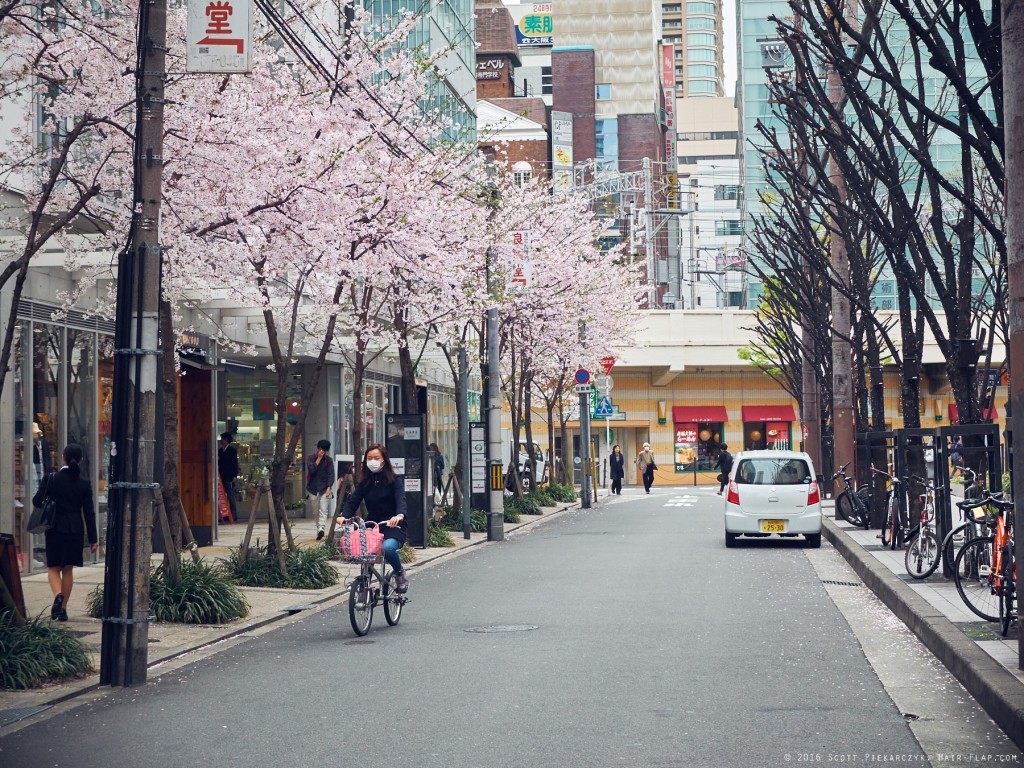 Even indoor areas get some sakura-love! 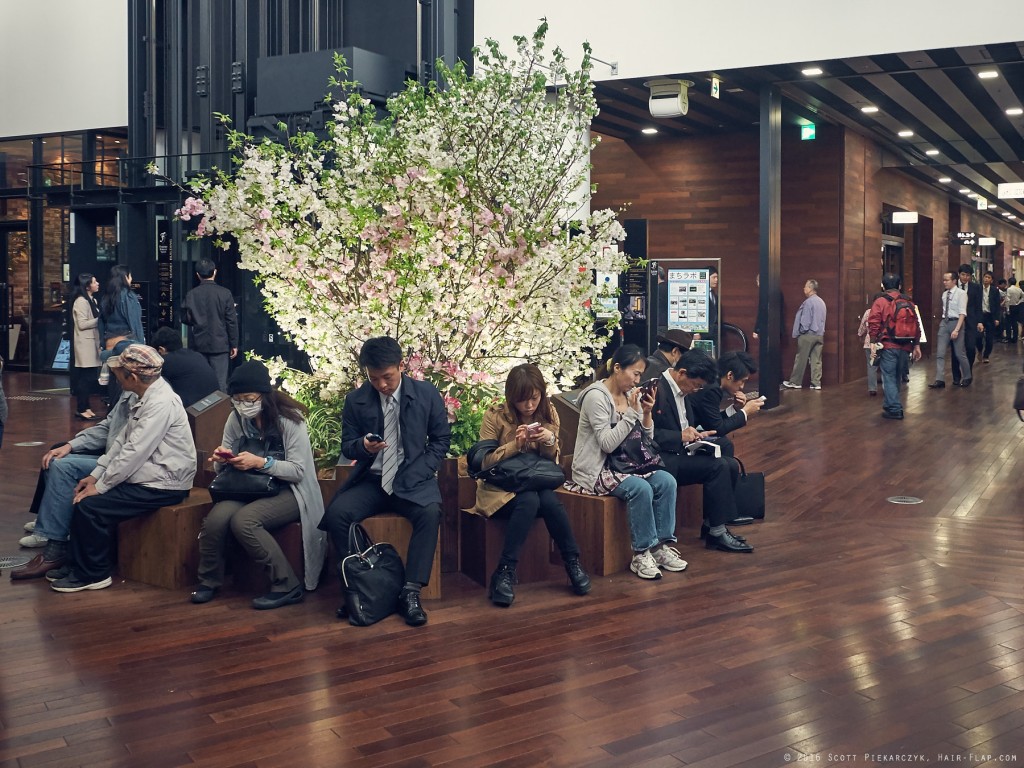 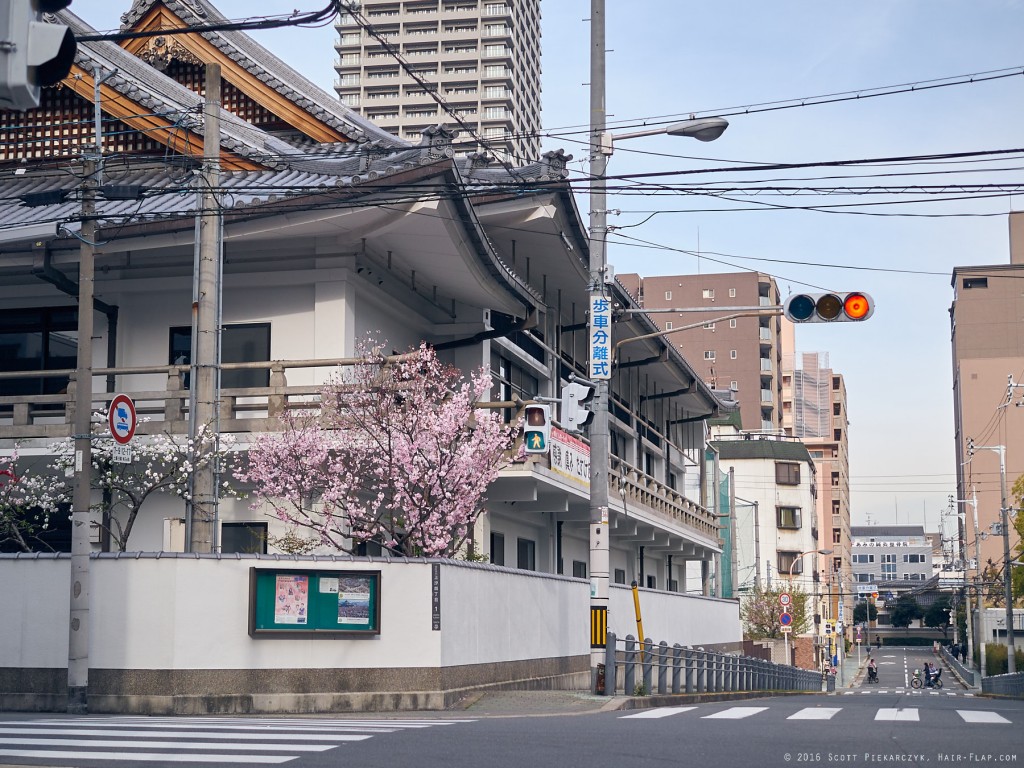 Today, as I’m posting this, it’s been pouring rain. I expect that by tomorrow all the blossoms will have been beaten from the trees and covering the roads and lining the gutters. But for about a week there, it was really pleasant. 🙂