Yet another batch of photos from an afternoon exploring Sendai. On the occasion of this afternoon, Mary and I visited the pleasant Kamekoa Hachimangu in the hills West of Sendai proper.

Now you may recall that we’ve already vistied one Hachiman shrine here on the Flap, so what’s all this about another? As it turns out, Hachiman Shrines are not uncommon in Japan, as Hachiman is the Shinto God of War, and War just happened to be a thing that the Warlords during the Warring States period (when a lot of these cities and shrines were built up) fought a lot of Wars about. War!

Anyway, Hachiman is also apparently the protector of Sendai, so you’re not going to run into any kind of Hachiman Shrine shortage while you’re there. Rest easy. Or not, because, you know…. war.

The entrance was a standard affair, with plenty of parking for the trek up the gentle hillside path.

As soon as you enter the treeline, it’s almost dead silent. You can still hear the freeway in the distance just barely, but it was very relaxing… 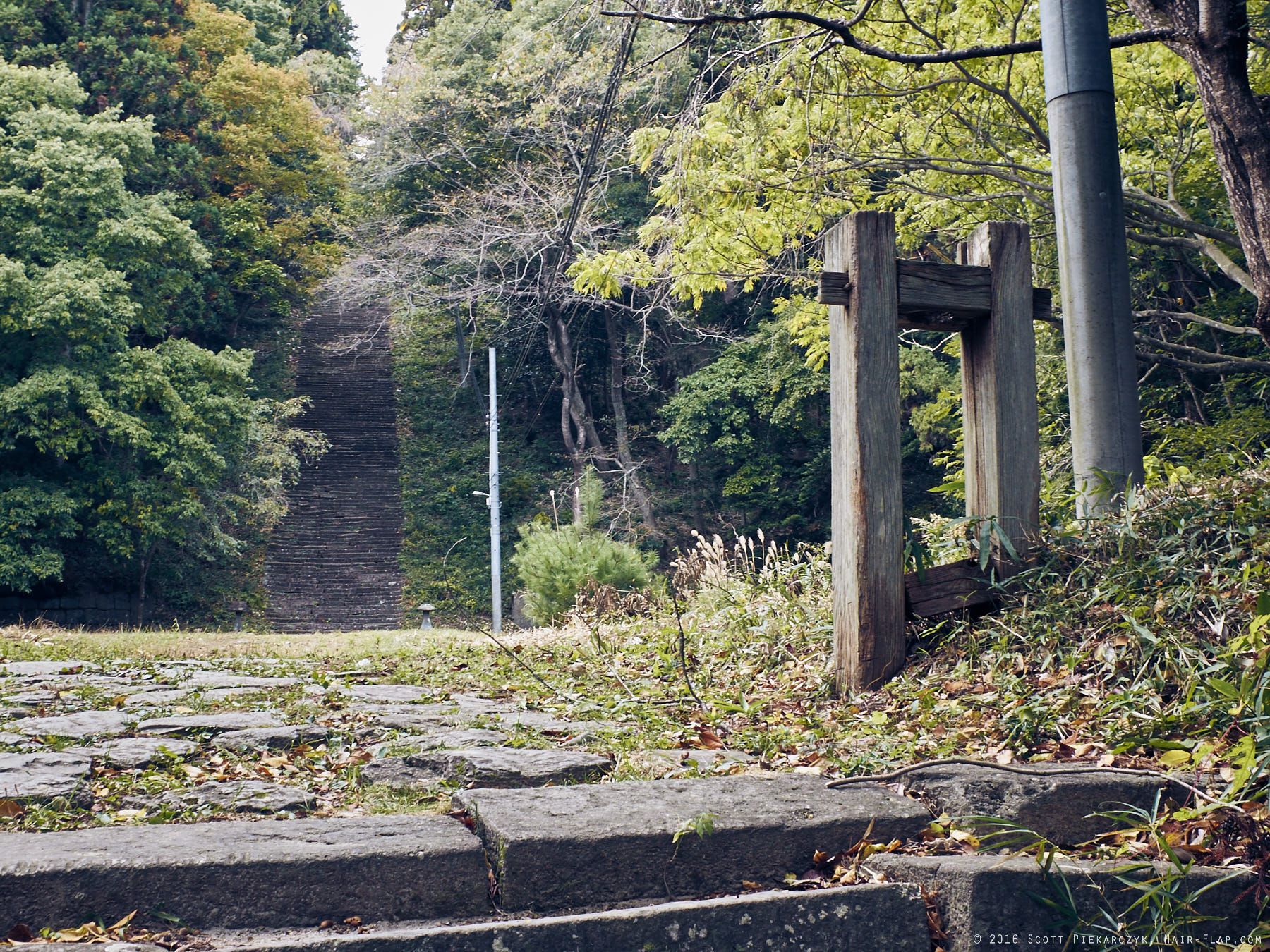 At least until you had to start climbing these stone stairs. They are awesome, no doubt, but don’t exactly employ a modern standard of stair height or spacing and, as you can see, are kind of angled all over the place after so many years. You definitely have to watch your footing and take your time a bit or you’re likely to sprain an ankle. 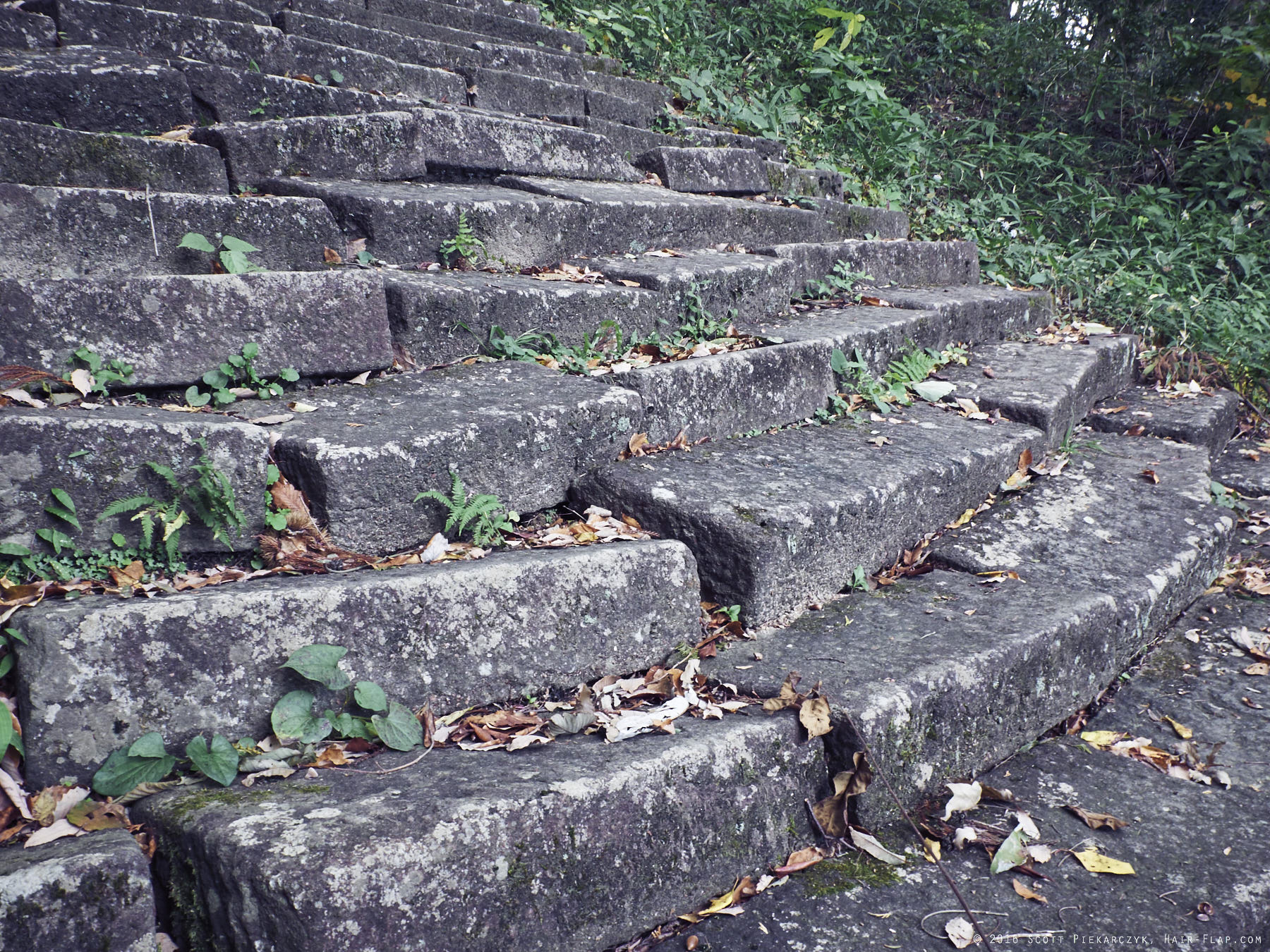 If you make it up those stairs (which is about halfway) you’re greeted by this fallen mini-shrine to Twisty, the Shinto God of sprained ankles. It’s broken because whoever was bringing it up this far twisted their ankle on the stairs and fell over. It’s possible I made some of this up. 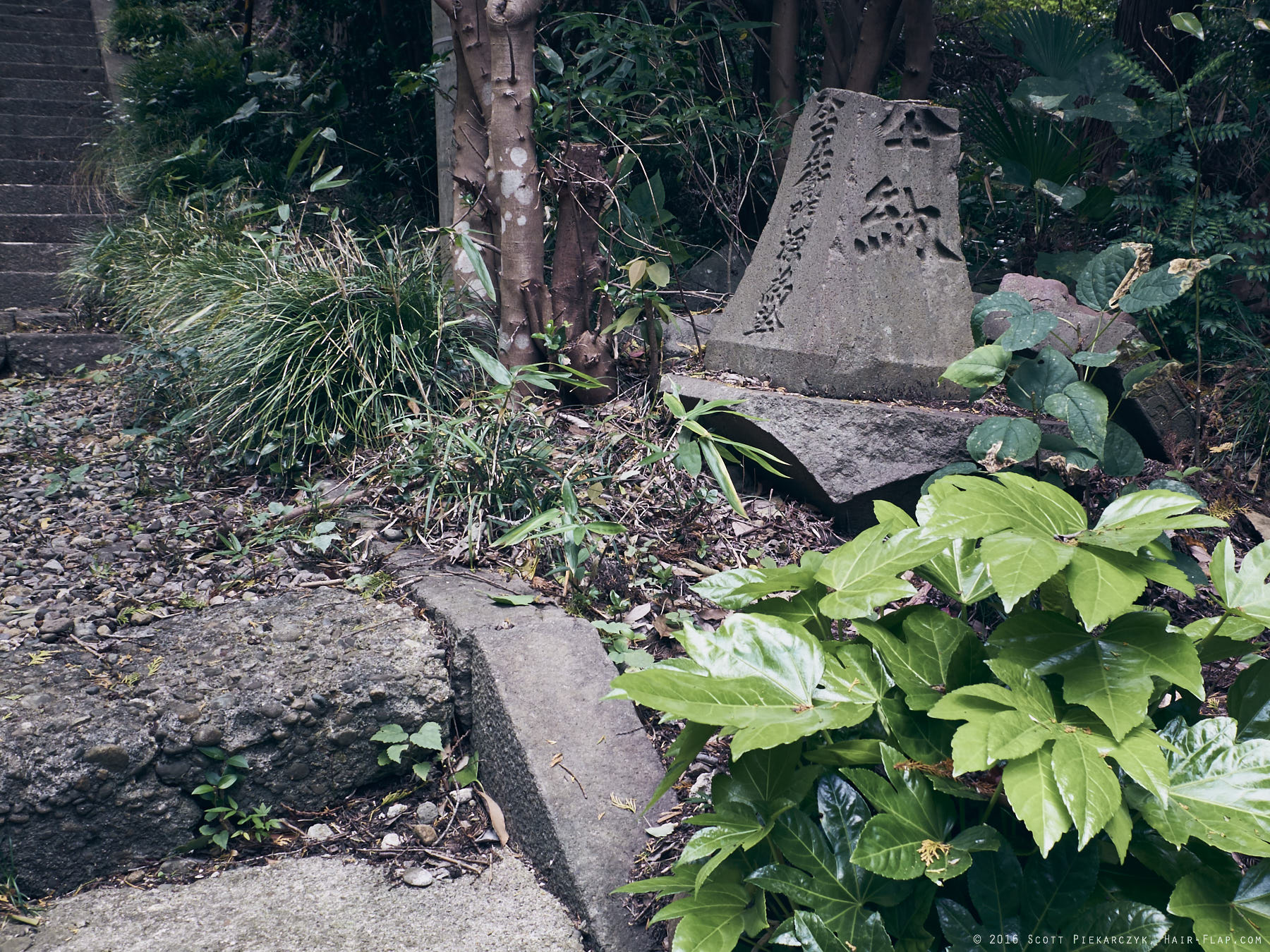 Jokes aside, this was the highlight for me. This little steppe with a charming groundskeeper hut or something right before you arrive at the shrine. As a Tiny House fan I just loved this little thing and couldn’t help but imagine the cozy tea breaks taken in here on a chilly afternoon in late autumn. 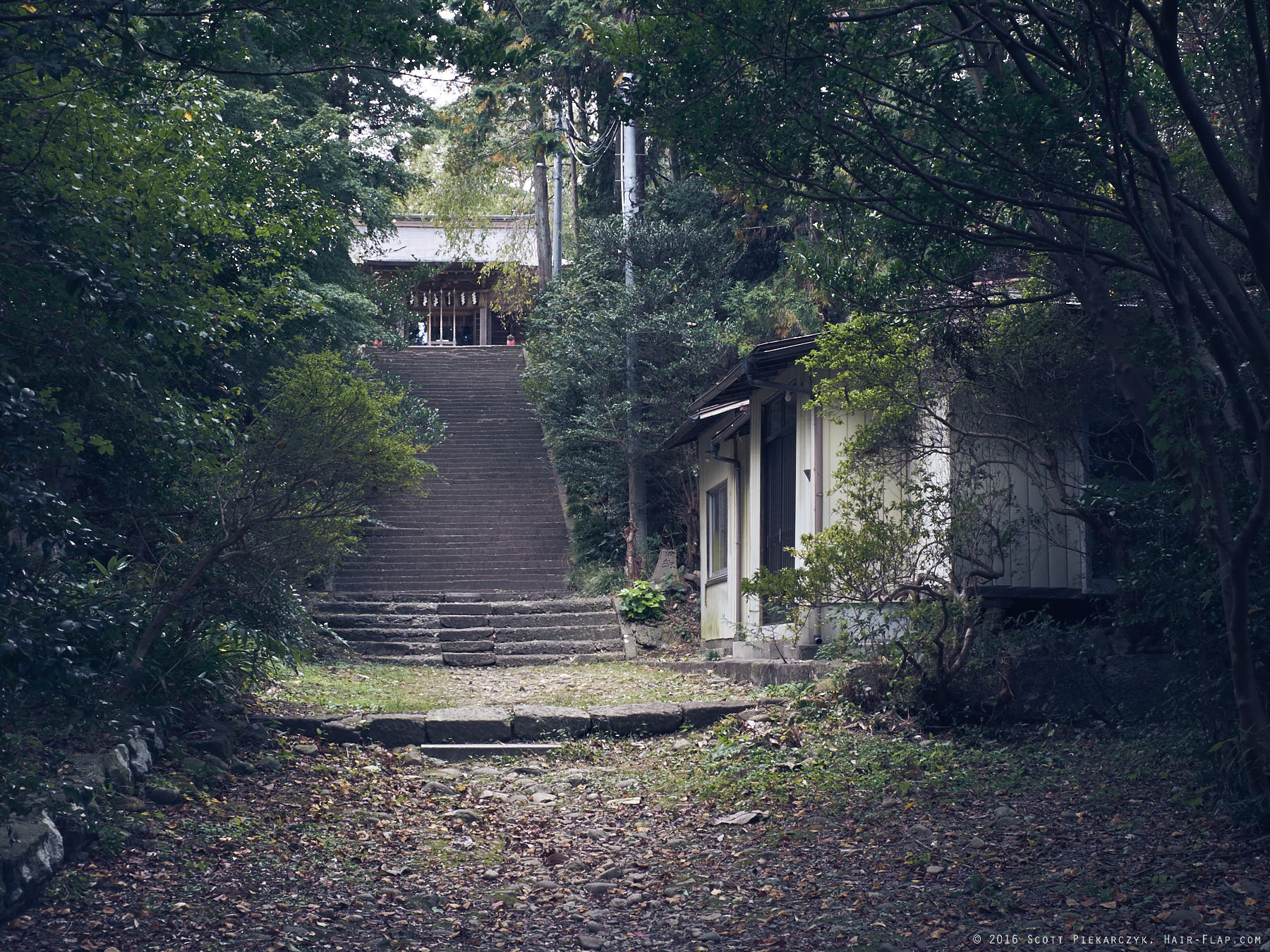 The shrine itself is much like many others, nicely kept but nothing that’s going to blow your mind. 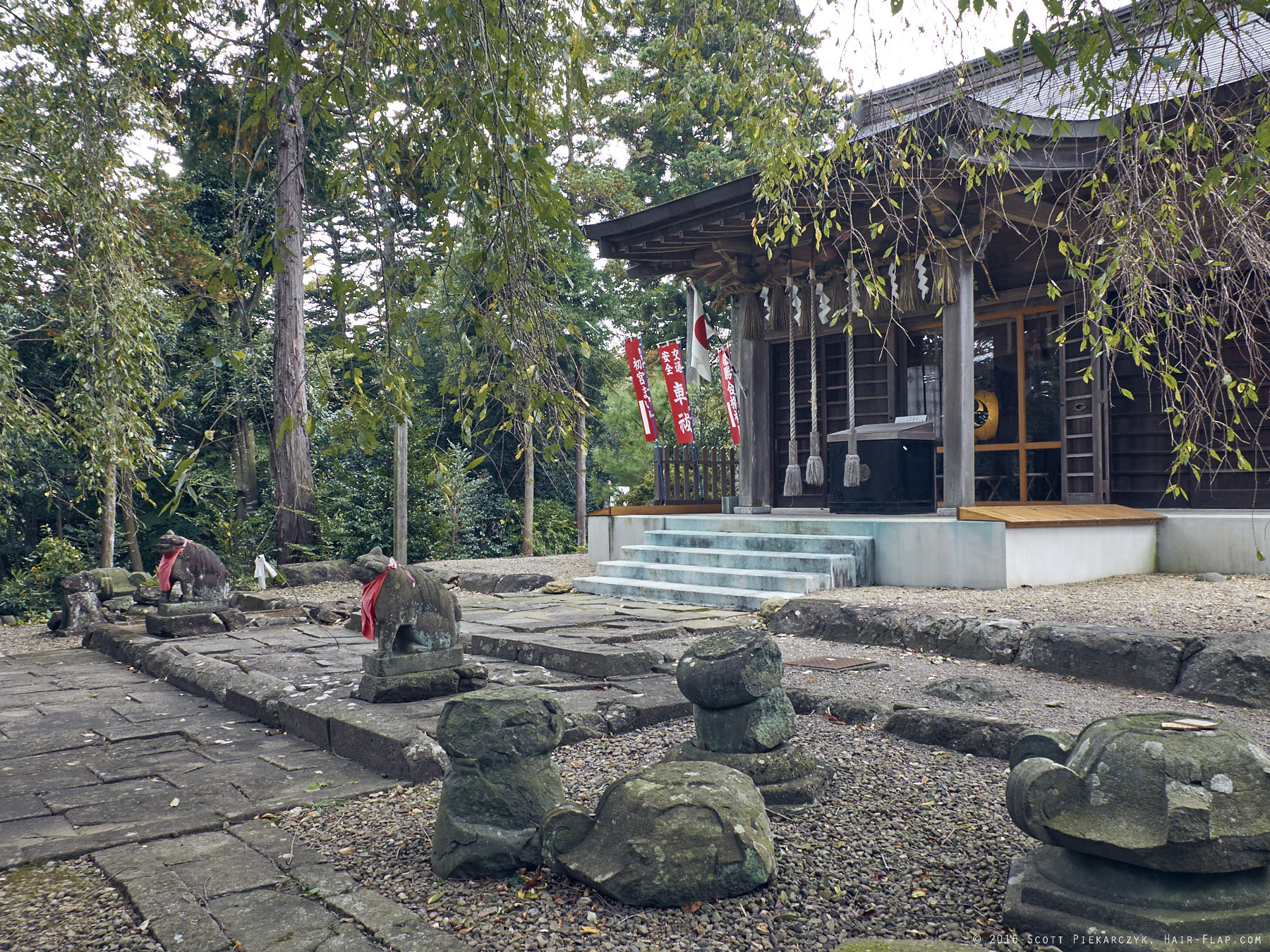 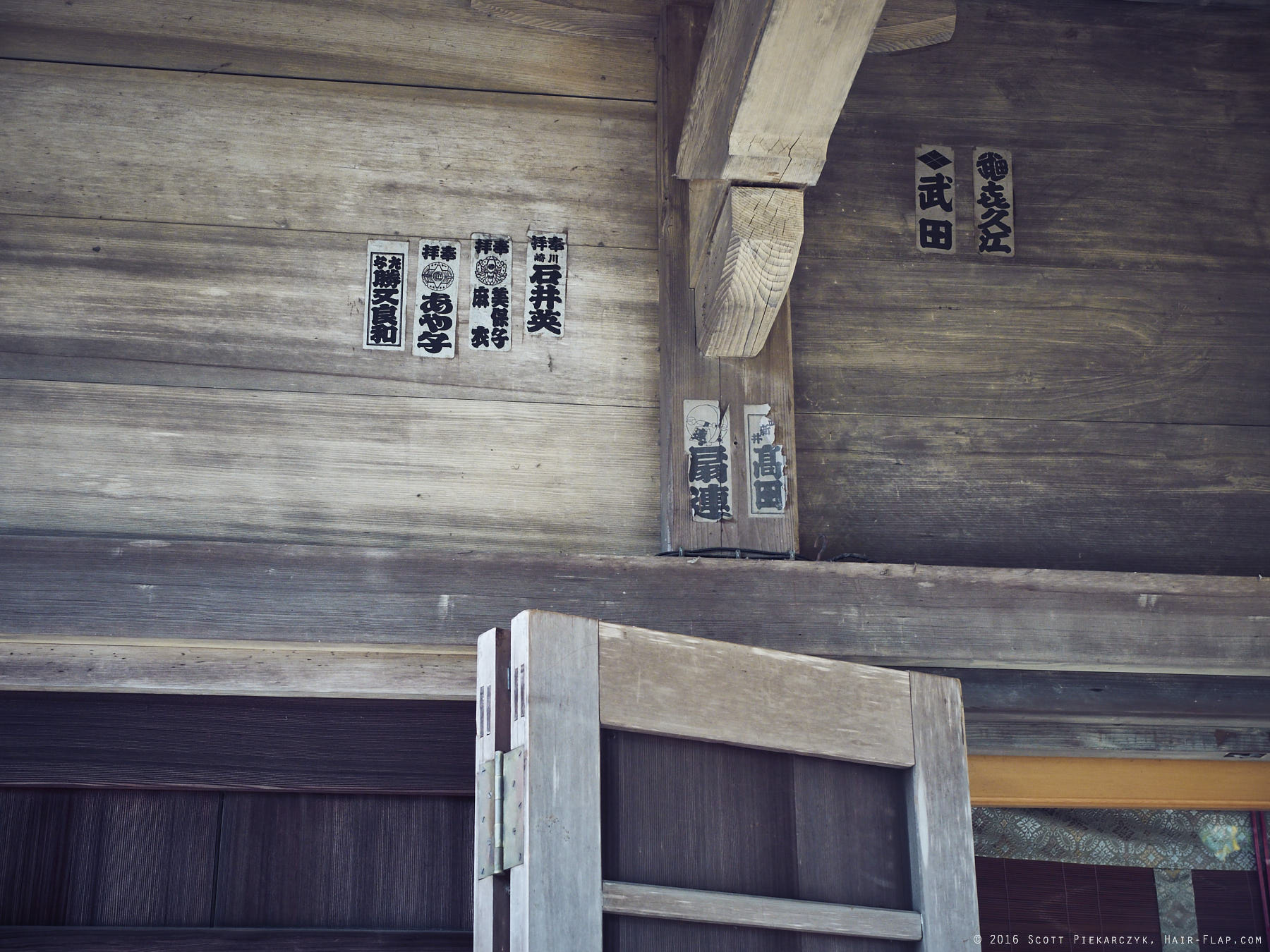 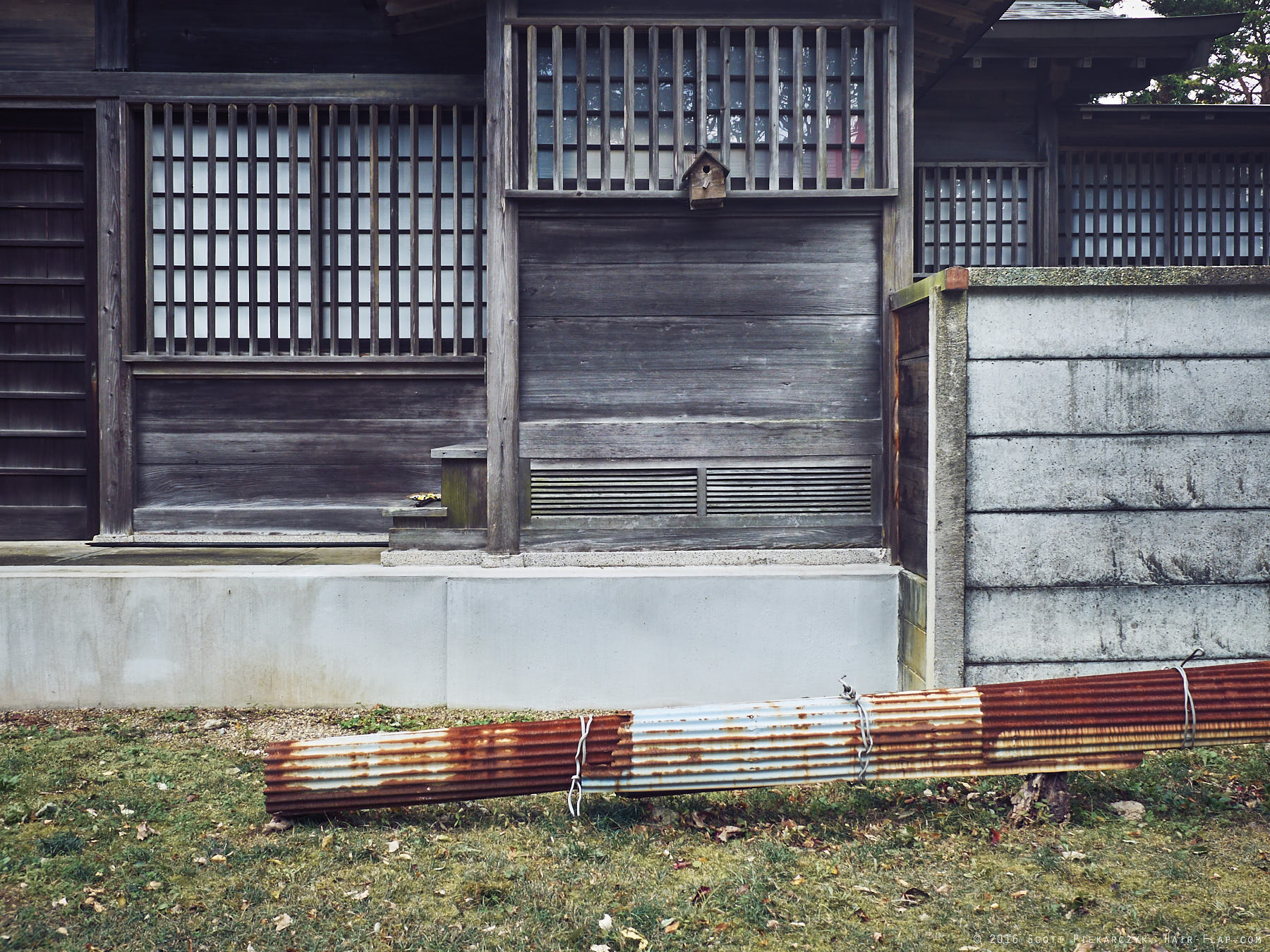 On the backside of the shrine there was a paved road which is undoubtedly the main access for the resident priests and staff (you think they’re going to climb those crazy stairs every day?? Twisty don’t play that!) so we opted to follow that down in the hopes that we’d discover something else, and were immediately rewarded by this wonderful view of the city on the way back to our bikes. Nice way to round off the afternoon. 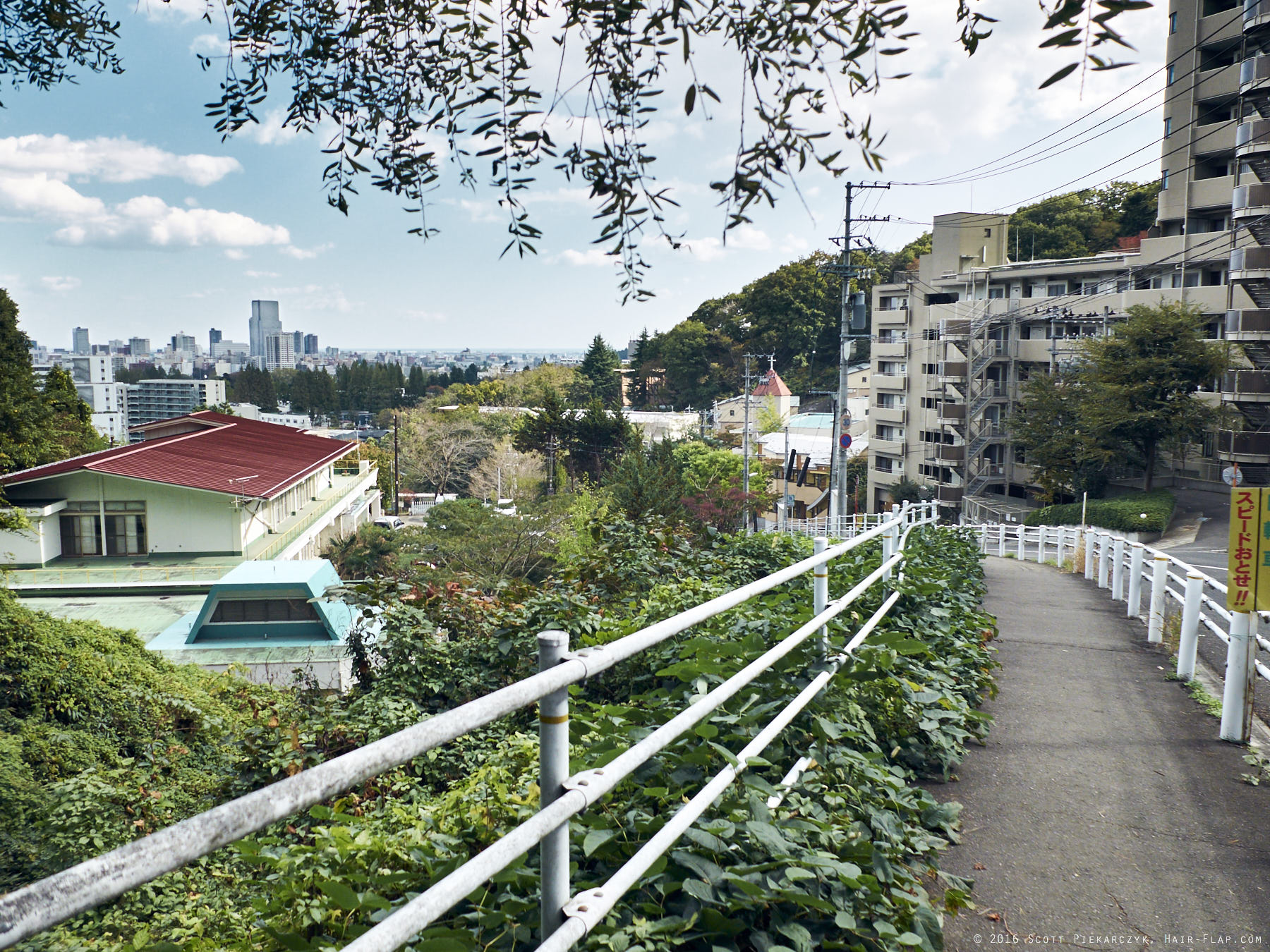